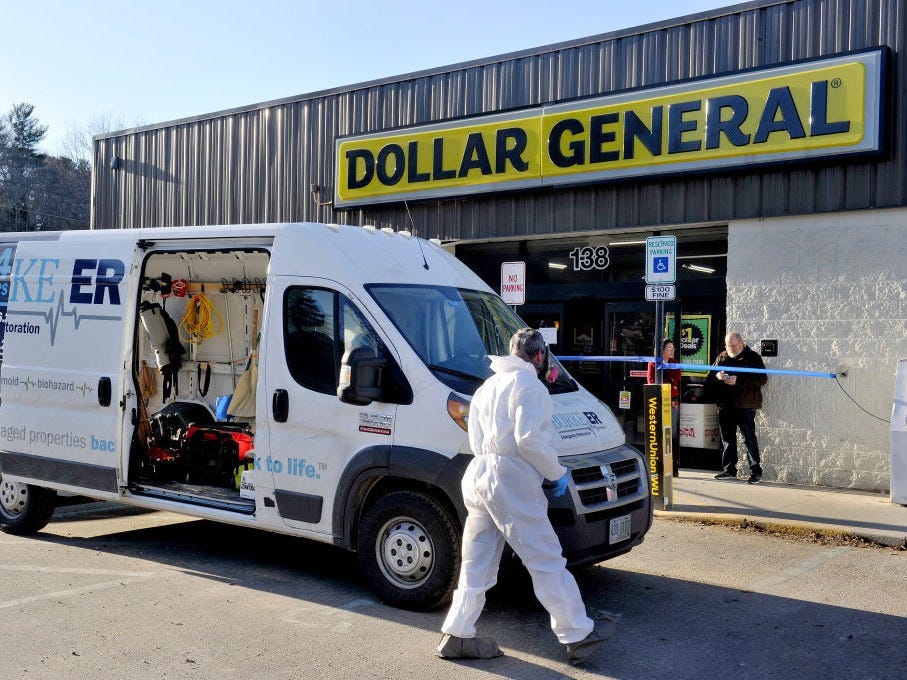 Dollar stores have experienced a spate of deadly and violent crime over the past few years, even as sales at discount retailers soared during the pandemic, according to recent reports from CNN and Pro Publica.

Dollar stores, which offer shoppers heavily-discounted goods, have seen massive growth in the United States since the Great Recession. Recently, chains like Dollar General have posted excellent sales as shoppers seek out deals amid the coronavirus pandemic.

But news outlets including CNN and Pro Publica have reported that companies like Dollar General and Dollar Tree are prime targets when it comes to robberies and violent crime. A high-profile murder occurred outside a Family Dollar store in Flint, Michigan on May 1. Store security guard Calvin Munerlyn was shot and killed after a dispute with Ramonyea T. Bishop and Larry E. Teague over wearing face masks.

A spokesperson for Dollar Tree Inc., which also owns Family Dollar, told Business Insider that “the safety and security of our customers and associates is a top priority.” The Dollar Tree representative said that they could not “publicly share specific details” of the chains’ security-related policies “to ensure the integrity of our security systems and procedures.”

“When violence in the communities we serve occurs, it affects everyone – including our stores,” the spokesperson said. “We strive to create safe work and shopping environments by tailoring our store operations and security for each store. We are continually refining our processes and enhancing on-premise security and surveillance systems, as well as our associate training.”

Dollar General and the Federal Bureau of Investigation did not immediately respond to Business Insider’s request for comment.

But CNN’s Nathaniel Meyersohn spoke with former Dollar General executives about security issues within the chain. These former company leaders compared Dollar General’s security tactics to a game of “whack-a-mole.”

“Every night I was just waiting for there to be a phone call that said, ‘Hey we’ve lost somebody,'” former divisional loss prevention director Brian Flannery told CNN.

And a number of factors are likely contributing to the trend of violence at discount chains. Pro Publica’s Alec MacGillis reported that Dollar General’s major expansion across the country and presence in “high-crime neighbourhoods” both put dollar stores at risk.

GBP Radio, an NPR affiliate in Georgia, spoke to Middle Georgia State University criminal justice professor Jeff Tarver on a slew of dollar store robberies in 2017 in the Macon region.

“They know they’re not going to be getting a lot of money,” he told the radio station. “It’s just the convenience of being able to get in and get out quickly and have a couple dollars in your pocket.”

The result is a deadly wave of retail crime.

According to Pro Publica, the Gun Violence Archive found there have been 50 gun deaths resulting from “violent incidents” at both Family Dollar or Dollar General since 2017. CNN reported that six Dollar General employees have died in store robberies since 2016.

Are you a dollar store employee with a story to share? Email [email protected]