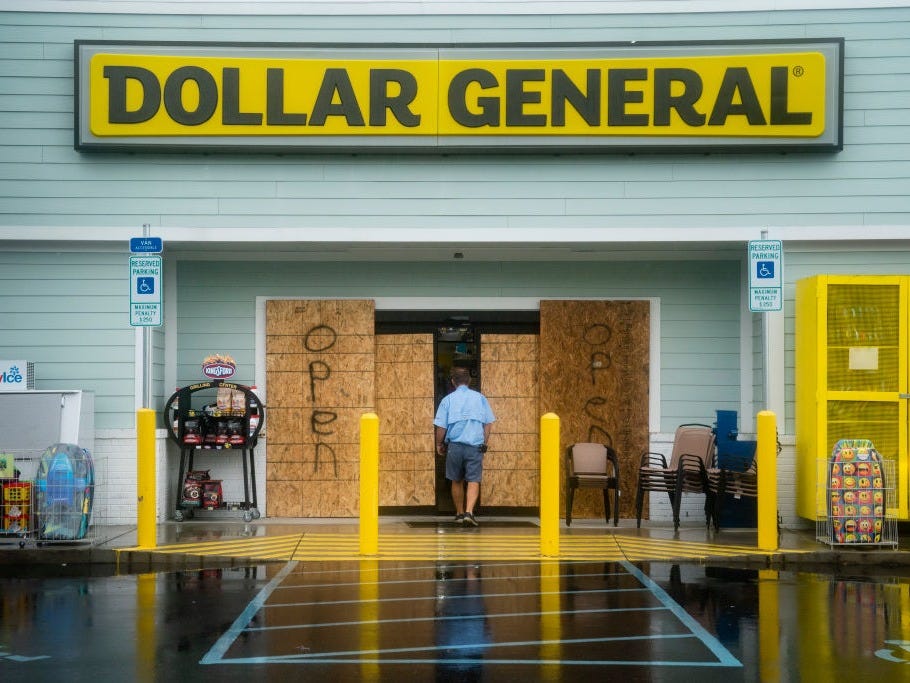 Elijah Nouvelage for The Washington Post via Getty Images

The coronavirus pandemic has proved to be a nightmare for many retailers, but the dollar store business appears to have remained as sound as a dollar despite the tough times.

Dollar General and Dollar Tree each reported earnings this week.Dollar General, the Goodlettsville, Tennessee-based business, reported a same-store sales spike of 21.7%, eclipsing gains by even larger retailers like Walmart and Target. The Dollar Tree, which operates both its namesake stores and Family Dollar locations, saw shares jump after the retailer beat expectations, according to Marketwatch.

Given that dollar stores tend to thrive in uncertain economic times, the coronavirus pandemic has proved to be a major opportunity for both Dollar General and Dollar Tree. While Dollar General has seen more success in terms of its sales and store visits so far, the dollar store industry as a whole will likely see a boost from an increasingly dire economy.

‘We will be in a great position’

Dollar General and Dollar Tree are currently the two largest dollar store chains in the United States. On Thursday, the two businesses posted earnings, with Dollar General coming across as the dominant retailer based on sales.

In a note regarding Dollar General’s earnings, managing director of GlobalData Retail Neil Saunders wrote that the chain has succeeded by opening locations in “rural or suburban areas which are underserved by other operators.” Saunders credited that strategy with positioning the company to post a 21.7% jump in same-store sales and a net sales increase of 27.6%.

“We continue to believe we operate in one of the most attractive sectors in retail and have an established and even stronger bond with existing customers during these unprecedented times,” Dollar General CEO Todd Vasos told analysts during the earnings call. “Combined with the actions we’ve taken to forge new customer relationships, we believe we are well-positioned to drive continued growth even what’s expected to be a challenging economic environment.” 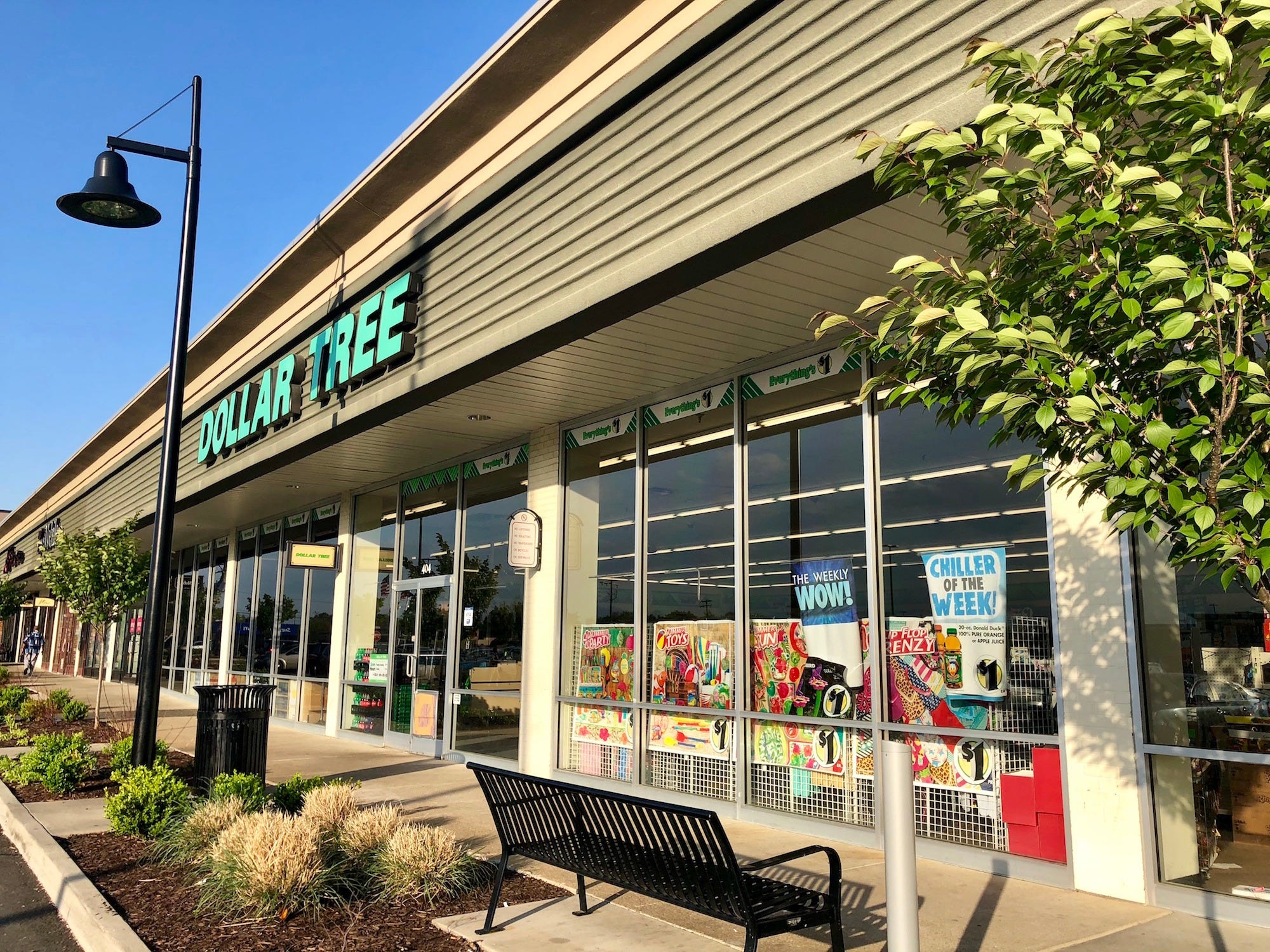 In comparison to its rival Dollar General, Dollar Tree seemed to wilt during the first quarter. The company’s enterprise president Mike Witynski said in a statement that while Family Dollar “delivered strong same-store sales with a 15.5% increase,” Dollar Tree itself saw sales plummet due to “lower Easter holiday sales” of candy and other discretionary items.

But it’s not all bad news for Dollar Tree and Family Dollar.Marketwatch reported that the retailer beat expectations, and saw sales rise to $US6.29 billion, up from last year’s $US5.81 billion in sales.

During a Thursday call with analysts, Dollar Tree CFO Kevin Wampler told Goldman Sachs analyst Chandni Luthra that the company was expecting a post-Easter rebound, thanks in part to the stimulus checks distributed to consumers across the United States.

“We can see a correlation of the stimulus dollars being released and an increase in our basket size,” he said.

In response to a question from Piper Sandler analyst Peter Keith, Witynski also said that he was confident that his stores will remain a go-to spot for value-conscious shoppers, especially with unemployment spiking.

‘Thrive during the crisis’

Barrons reported that the coronavirus offers a “slam dunk for dollar stores” due to economic strife, rising unemployment, and a consumer base focused on stretching their paychecks, all factors that have historically benefitted the dollar store segment of retail.

With recession fears swirling and the 10-week total of US jobless claims hovering around 40 million, the coronavirus pandemic has brought about an environment perfect for increased dollar store traffic.

“Consumer sentiment data analysis shows that when consumers are more value-conscious, dollar stores are the big winners,” Christopher McGovern, a retail services senior consultant from market research firm Numerator, told Business Insider. “With record job losses, dollar stores are well positioned for the coming months – and, given job losses are expected to continue, retailers have an opportunity to solidify their relationship with these new shoppers as they return to dollar stores for repeat visits.”

However, 2020 had started out as a promising year for Dollar General, even before the full brunt of the coronavirus pandemic was felt in the United States. A March 13 report from Numerator found that dollar stores enjoyed significant “organic growth.”

“Dollar stores were already out-performing many other retail channels with the start of 2020 and the strong economy,” McGovern told Business Insider.

But Dollar General and Dollar Tree fared quite differently once different localities began issuing stay-at-home and social distancing orders to combat the coronavirus. 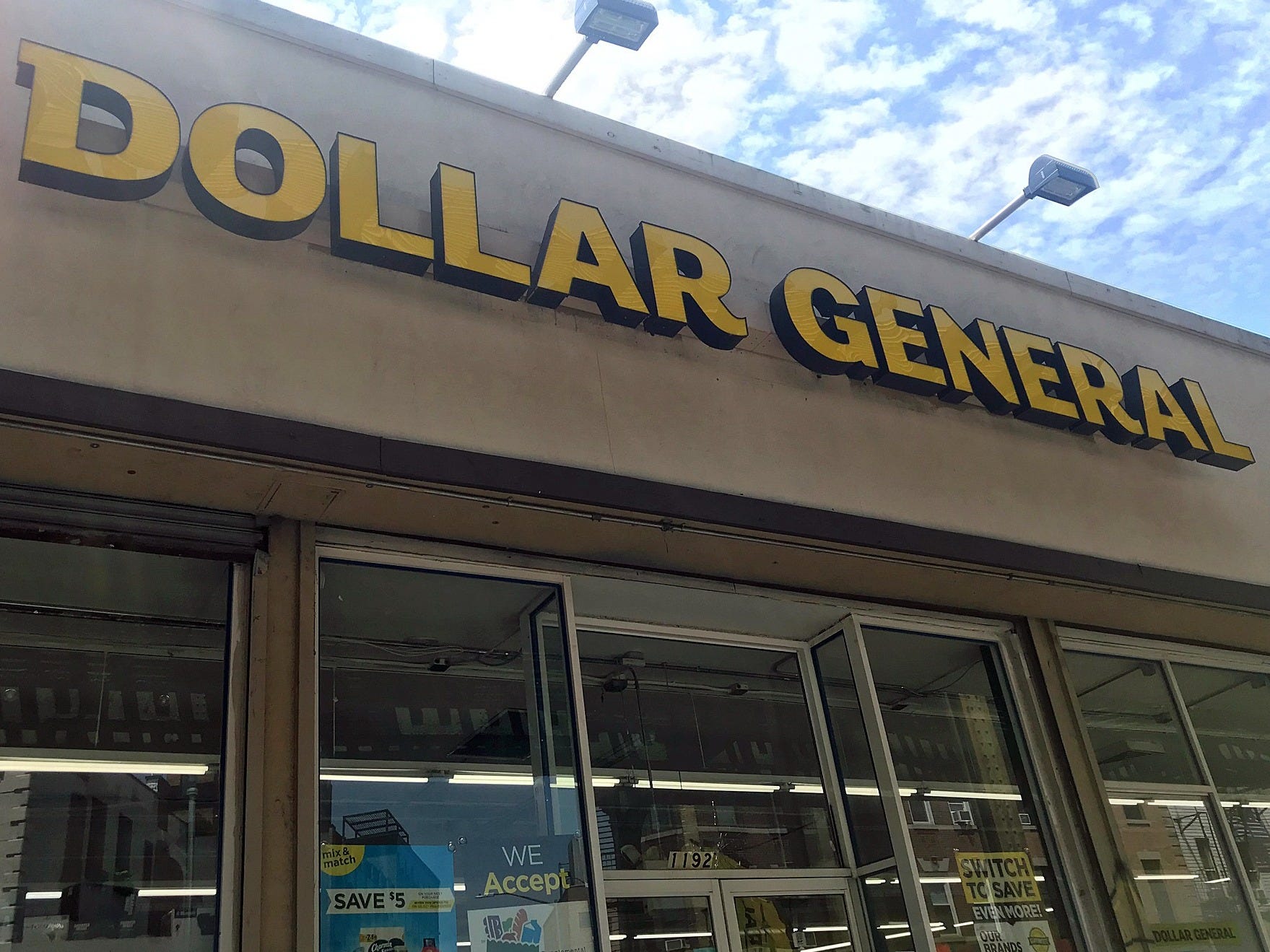 Placer.ai found that store visits to Dollar General jumped 31.4% in March and 19.2% in April. The virus had the opposite effect on Dollar Tree store visits, which saw a decline of 7.8% and 31% year-over-year in March and April.

Placer.ai found that between May 4 and May 10, Dollar General visits picked up 30.4% above the store’s weekly baseline between January 2019 and May 2020.

Placer.ai VP of Marketing Ethan Chernofsky concluded that the chain “has managed to thrive during the crisis while being uniquely well-positioned for the economic environment inevitably to come.” He also noted that Dollar Tree “is seeing traffic surge back to ‘normal’ levels with visits the week of May 4th rising 21.1% above the baseline.”

McGovern said that dollar stores like Dollar General and Dollar Tree have increasingly “attracted a younger, more diverse consumer base” that is “not just low income – middle and higher income groups are electing to shop at dollar stores.” And these value-focused shoppers are ramping up their spending.

“What distinguishes dollar stores is they have the strongest spend per trip growth versus year ago ‘ so people aren’t just dropping in, they are shopping there more,” McGovern said. “Dollar stores also have stronger trips per household than many channels.”

“We have seen an increase in customers and no surprise, right?” Vasos told analysts on Thursday. “When the going gets tough, we know that our customers need us more.”