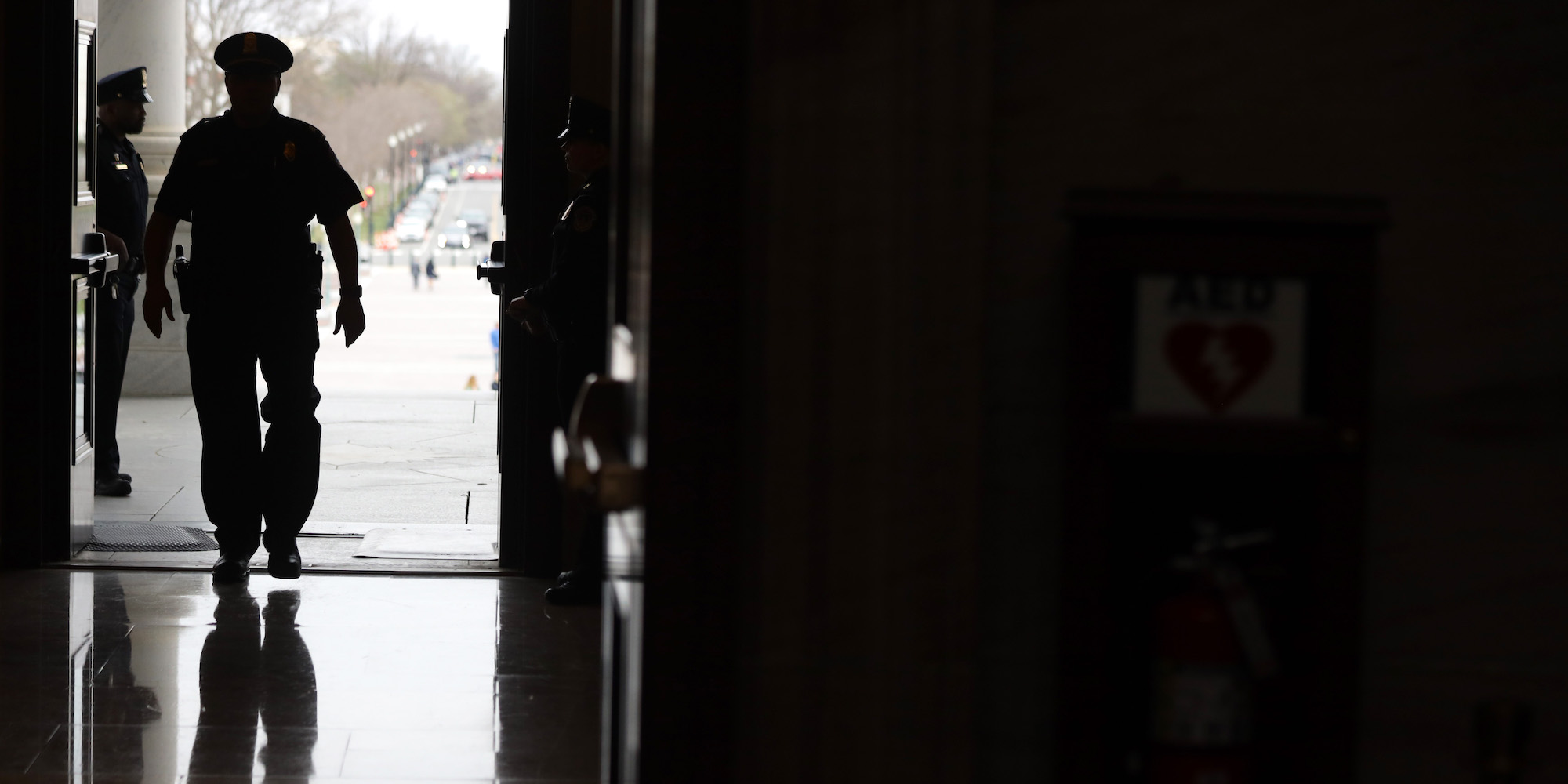 Getty Images/Alex WongA U.S. Capitol Police officer enters the Rotunda at the U.S. Capitol after the last tour group has passed through March 12, 2020 on Capitol Hill in Washington, DC.

The Department of Justice is seeking new emergency powers amid the coronavirus pandemic that would allow for people to be detained indefinitely without trial during emergencies, Politico reported Saturday.

Politico, citing DOJ documents, reported that the department sought a number of requests from lawmakers, including on the statute of limitations, asylum, and court hearings.

Lawmakers from both parties reacted with horror at the Politico report on Saturday.

The DOJ’s requests would give some federal judges the power to pause various court proceedings during emergencies, including “any statutes otherwise affecting pre-arrest, post-arrest, pre-trial, trial, and post-trial procedures in criminal and juvenile proceedings and all civil process and proceedings,” Politico reported.

Hypothetically, such a move could violate defendants’ constitutional rights to appear before a judge.

The coronavirus pandemic has already provided fuel for the Trump administration to enact various long-wanted policies, including border- and asylum-related policies, as Politico noted.