The DOJ planned to arrest Derek Chauvin in court and charge him with civil-rights violations if he was acquitted of murder, report says 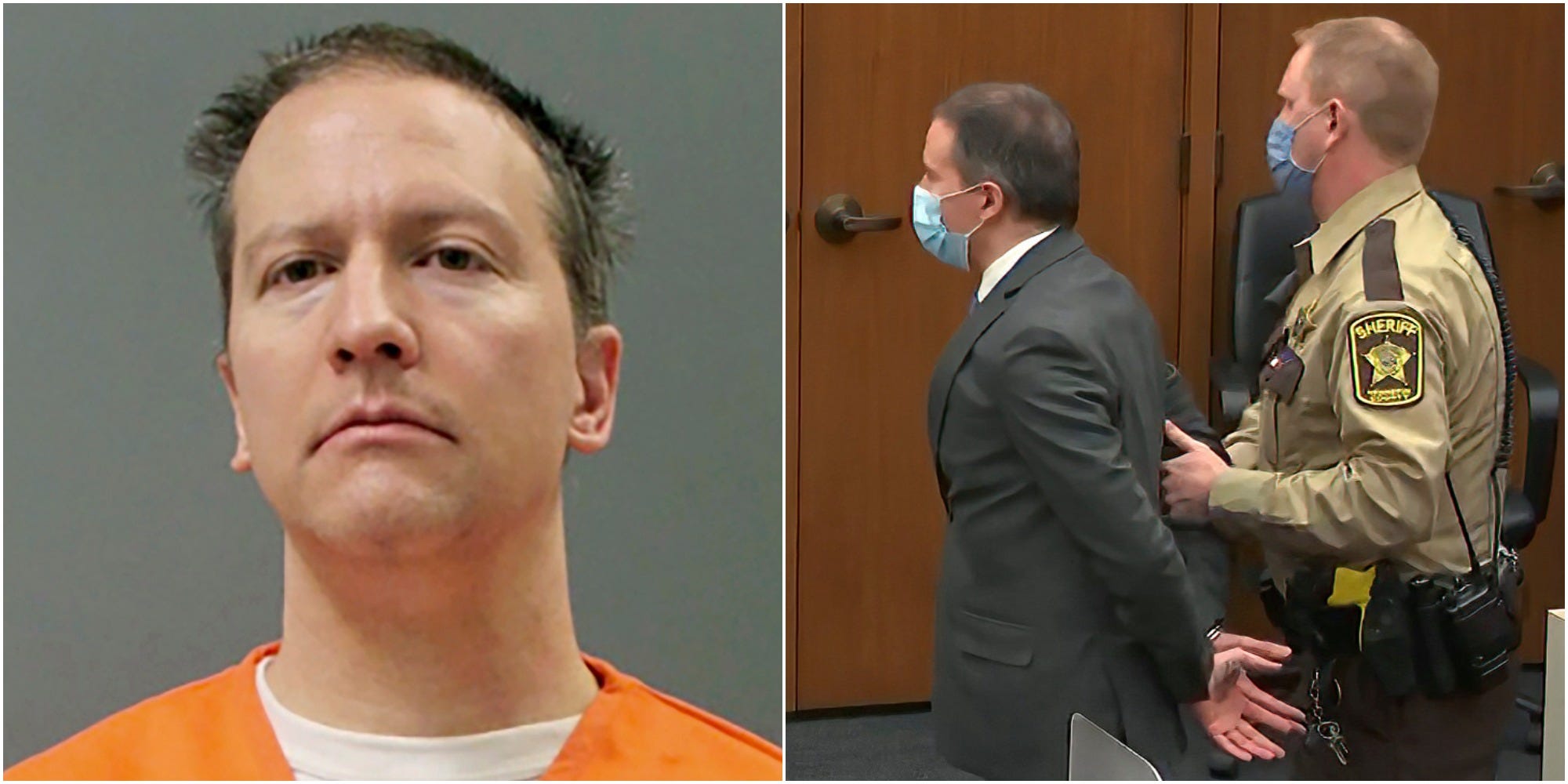 Minnesota Department of Corrections via AP/Court TV via APA composite image of Derek Chauvin in his mugshot and being placed in handcuffs after he was found guilty of murder in the death of George Floyd.

Justice Department officials planned to arrest Derek Chauvin at the courthouse and charge him with civil-rights violations if he was found not guilty of George Floyd’s murder, or if there was a mistrial, the Minneapolis Star Tribune’s Andy Mannix reported Wednesday.

According to the report, federal prosecutors spent months building a police-brutality case against Chauvin and the three other former Minneapolis police officers charged in connection to Floyd’s death.

In an effort not to influence the outcome of the murder trial, the DOJ held off on pushing forward with a grand jury indictment, but had a plan in place in case Chauvin was acquitted in the murder case, according to the Star Tribune. 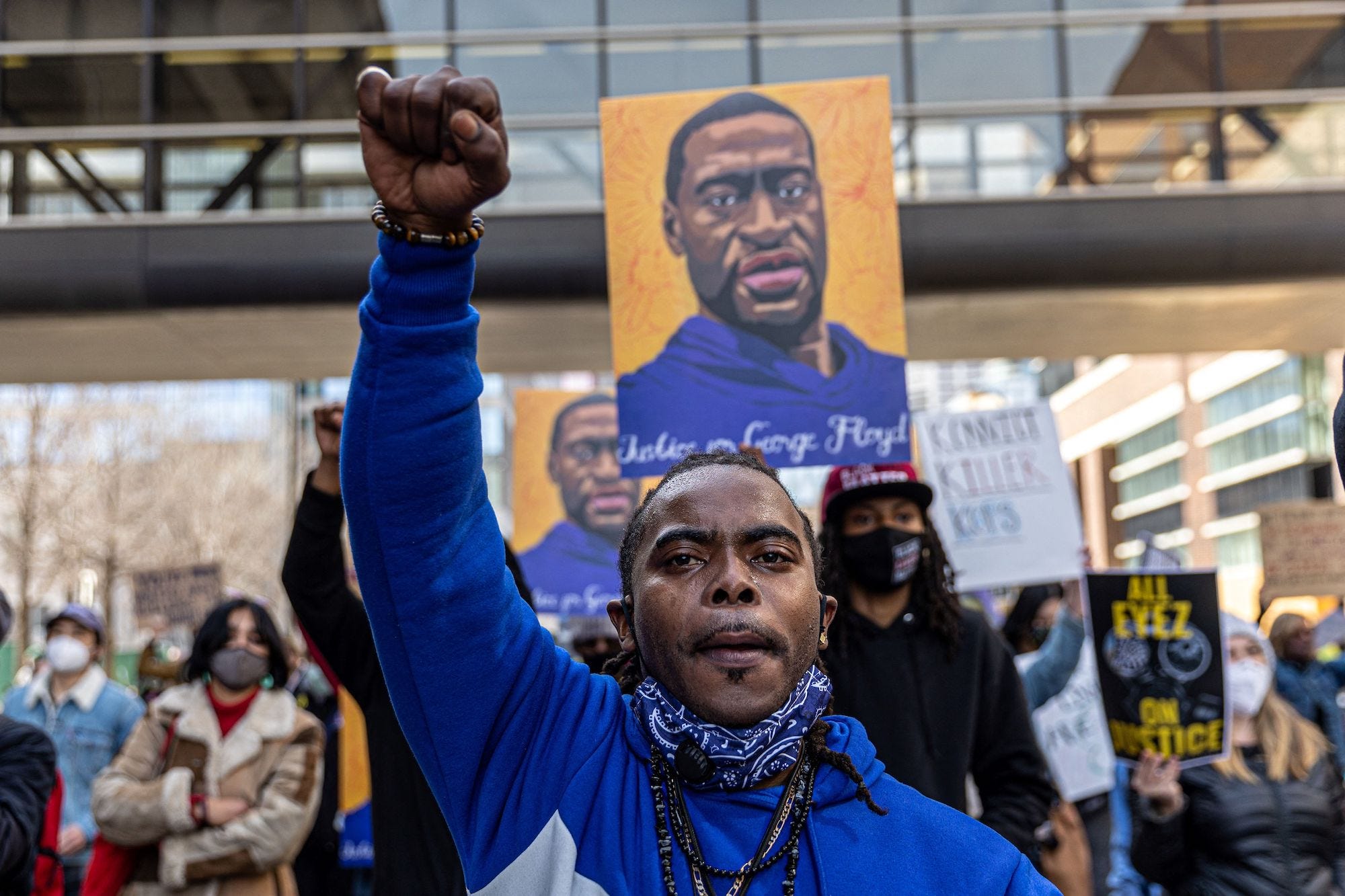 Sources familiar with the discussions told the Star Tribune that the original DOJ plan was to arrest Chauvin in the courthouse if he was acquitted or if a mistrial was called, and charge him with federal police-brutality violations.

The Minnesota US Attorney’s Office would charge Chauvin by criminal complaint, so authorities could arrest him immediately, then seek a grand jury indictment afterward, the Star Tribune reported.

Federal prosecutors are still going forward with the case, but plan to do so by getting a grand jury indictment first, the Star Tribune reported, citing a source. The DOJ impaneled a federal grand jury in February, The New York Times reported at the time.

The DOJ is separately opening a civil investigation into the practices of the Minneapolis Police Department, Attorney General Merrick Garland said last week.

The Department of Justice declined to comment when reached by Insider on Thursday. The Minnesota US Attorney’s Office did not immediately respond to Insider’s request for comment.

According to the Star Tribune, federal prosecutors planned to charge Chauvin in connection to Floyd’s death and the violent arrest of a 14-year-old boy in 2017. ABC News previously reported that the DOJ was considering charges over the 2017 arrest.

That incident was described in court documents by prosecutors in Floyd’s murder case, who wanted to use it as evidence of a possible pattern of behavior by Chauvin.

In a court filing, prosecutors said Chauvin struck a Black teenager in the head with a flashlight and placed him in a prone position for 17 minutes, the Star Tribune reported. ABC News reported, also citing court documents, that Chauvin ignored complaints that the teen couldn’t breathe.

The Star Tribune reported that the three other officers would be charged only in connection to Floyd’s fatal arrest.

Kueng, Lane, and Thao are also set to stand trial together in August on charges of aiding and abetting second-degree murder.