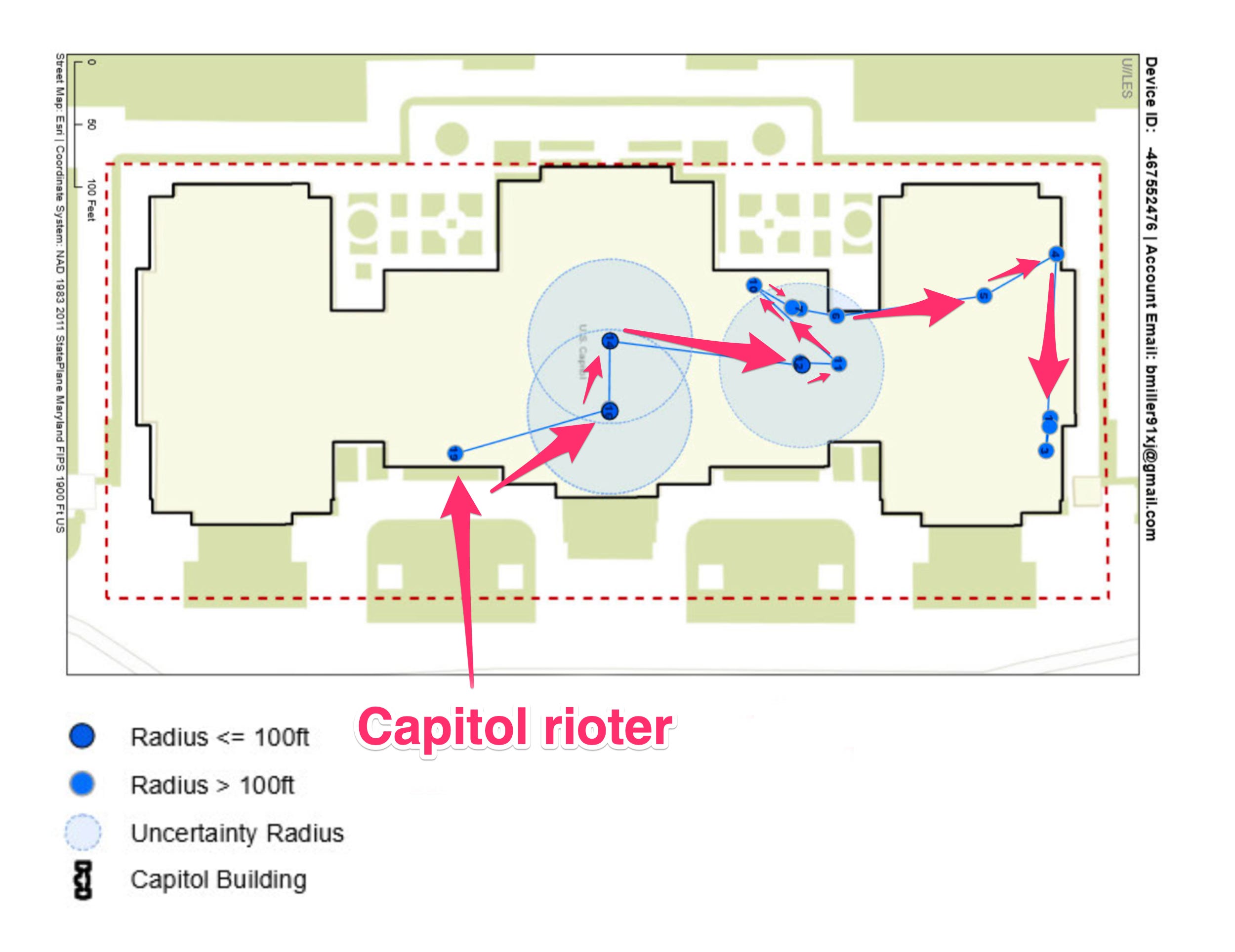 US Department of JusticeMap of a Capitol insurrectionist created by the DOJ using subpoenaed cell phone data.

The US Department of Justice has used a variety of tools of the trade to identify the hundreds of rioters who breached the Capitol on January 6, but newly unsealed court filings show investigators are taking a new route to discover insurrectionists: GPS location information from subpoenaed cell phone data.

Thousands of supporters of then-President Donald Trump stormed the Capitol in early January as Congress met to certify the results of the 2020 presidential election in favor of then-President-elect Joe Biden. After bypassing security procedures, the mob successfully halted the certification process and ransacked the building. Investigators from the DOJ are still searching for more information and the whereabouts of many rioters.

While investigating Stephanie and Brandon Miller, a married couple who prosecutors allege were at the Capitol, investigators obtained GPS and other cell phone records from Google via a search warrant. Using this data, investigators were able to map out where specifically Brandon Miller was during the Capitol breach with an accuracy of 9.75m using knowledge from GPS data, nearby Wi-Fi access points, and Bluetooth beacons that interacted with the phone during the insurrection.

A representative from Google did not immediately respond to Insider’s request for comment.

Using photographs and location data, both Stephanie and Brandon Miller were arrested on March 12 in Ohio and charged with counts of knowingly entering or remaining in any restricted building or grounds without lawful authority as well as counts of violent entry and disorderly conduct on Capitol grounds.

US CongressMap of the US Capitol used by House impeachment managers in the second impeachment case against President Donald Trump.

The maps used by the DOJ to investigate the Millers are strikingly similar to the maps presented by US House impeachment managers in the second impeachment against President Donald Trump to show just how close the irate rioters were to attacking members of Congress.

It’s unclear whether impeachment managers also used subpoenaed cell phone and Bluetooth data to build their map, or if the video relied upon the plethora of evidence from social media, security cameras, and more.

To learn more, Insider created a database to track every person charged in the events on January 6 containing the court filings of over 360 Capitol protestors.