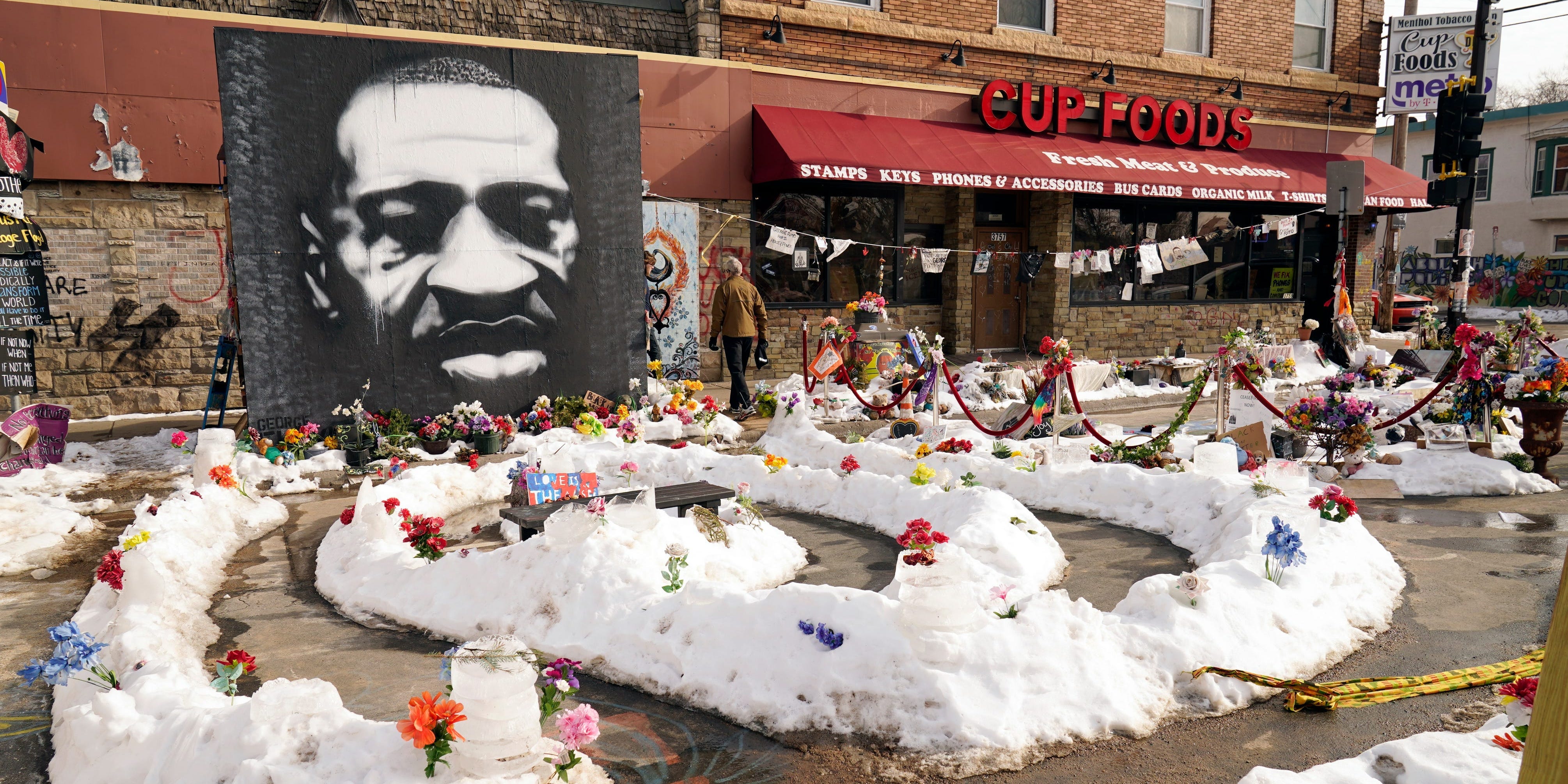 AP Photo/Jim MoneGeorge Floyd Square is shown on Feb. 8, 2021, in Minneapolis. Ten months after police officers brushed off George Floyd’s moans for help on the street outside a south Minneapolis grocery, the square remains a makeshift memorial.

The Department of Justice is opening a civil investigation into the practices of the Minneapolis Police Department, Attorney General Merrick Garland announced on Wednesday.

The wide-ranging investigation will examine whether the department “engages in a practice of unconstitutional or unlawful policing,” including the department’s use of force practices, procedures during arrests, and conduct during protests, according to the Associated Press.

“The jury in the state trial of Derek Chauvin has fulfilled its civic duty and rendered a verdict convicting him on all counts,” Garland said in a statement following the verdict in the Chauvin trial. “While the state’s prosecution was successful, I know that nothing can fill the void that the loved ones of George Floyd have felt since his death.”

This new probe follows a separate, ongoing DOJ civil rights investigation into Floyd’s murder itself. In February, the DOJ impaneled a federal grand jury in that probe.

Floyd’s death is among several high-profile deaths of Black men at the hands of law enforcement in the Minneapolis area, including the death of Philando Castile in 2016 and the death of 20-year-old Daunte Wright in Brooklyn Center, Minnesota, on April 11.

The Minneapolis Police Department was also audited by the DOJ in 2014 over its policing practices, with a focus on “goals set by MPD including improving police accountability and preventing officer misconduct.”

Garland, who is focusing the DOJ’s efforts on enhancing civil rights, recently rescinded Trump-era guidance limiting the DOJ’s ability to enter into consent decrees with police departments accused of systemic misconduct and wrongdoing.

Under the Obama administration, the DOJ entered in consent decrees with police departments in Ferguson, Missouri, and Baltimore, Maryland, following the deaths of Black men at the hands of police in those cities.