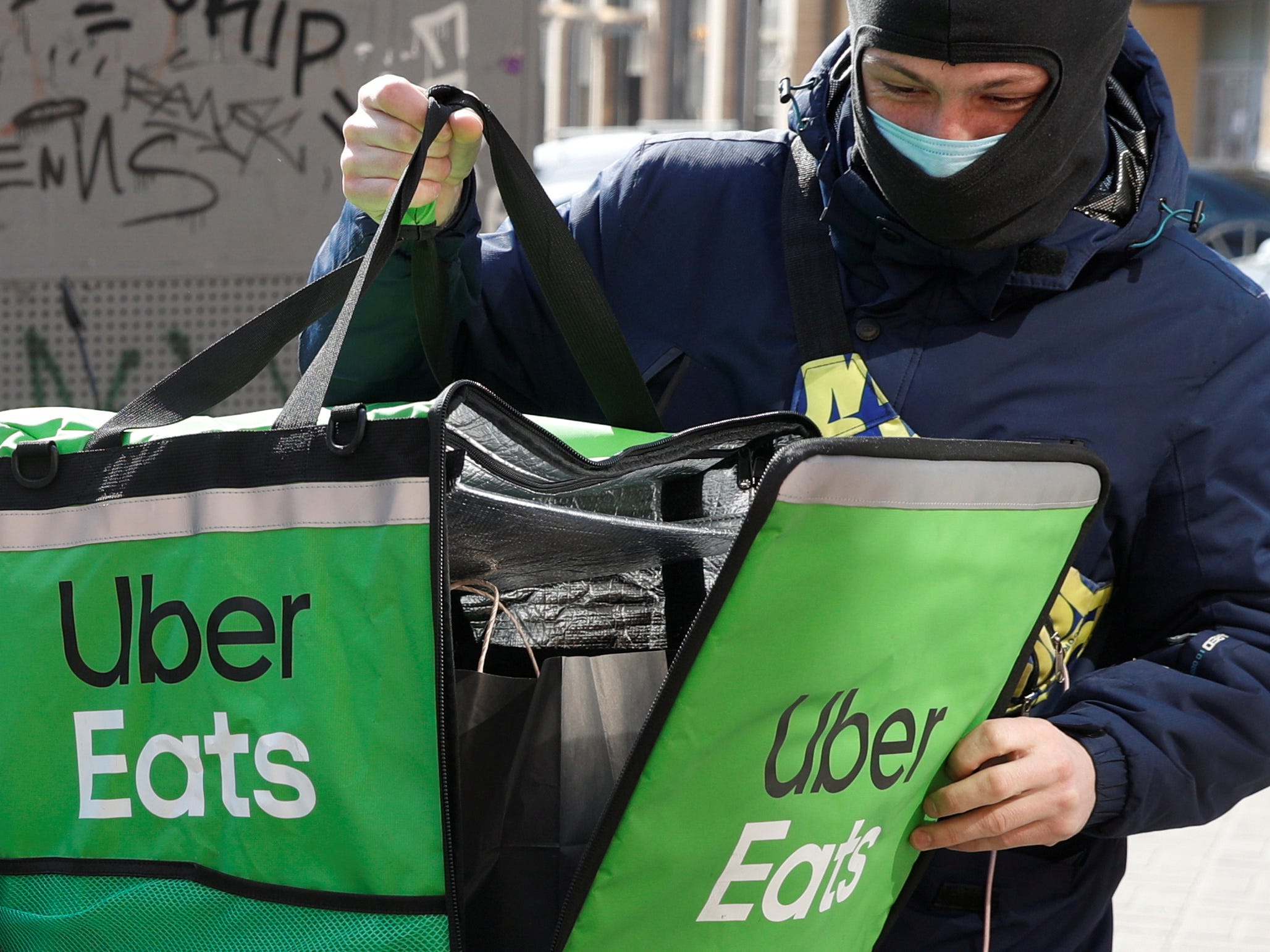 ReutersUber has become increasingly reliant on food delivery during the pandemic.

Uber’s plans to expand its food delivery business by acquiring Postmates have hit a roadblock.

In a regulatory filing Friday, Uber disclosed that the US Department of Justice has issued a “second request” to both companies, temporarily halting the deal while the government gathers more information.

Under antitrust laws, companies must wait, typically 30 days, to close a potential deal after informing the government of their plans. But if regulators believe the merger might harm competition, they can issue a second request to require the companies to provide more details about things like pricing, customers, and market share.

“If you’re at a second request, you’re often concerned about the deal,” Sam Weinstein, a law professor at Cardozo who previously worked in the DOJ’s antitrust division, told Business Insider.

“Some very small percentage of [merger] filings go to second request,” he said. Other antitrust lawyers confirmed to Business Insider that agencies file second requests in fewer than 10% of proposed deals.

That request effectively stops the clock on the Uber and Postmates deal until both companies “substantially comply” by turning over additional information to the DOJ, which Weinstein said “could be months and likely would be months.”

At that point, another 30-day waiting period kicks in, and then the DOJ can either go to court to block the deal, let it proceed, or come to an agreement with the companies to buy more time to investigate.

Weinstein said the DOJ will likely ask for information from Uber and Postmates that could help it determine if there are any markets where there are “competitive overlaps” between the companies.

“If Uber Eats competes with Postmates, maybe that’s not a problem in New York City where there are a bunch of delivery services,” he said, but it might be a problem in smaller markets “where they’re the only two.”

While the DOJ’s request doesn’t indicate whether it will ultimately try to block Uber’s acquisition of Postmates, it comes on the heels of the company’s failed plans to buy Grubhub, which fizzled this summer, reportedly because lawmakers had raised antitrust concerns.

DoorDash currently leads the pack with roughly 46% of total US monthly sales, followed by Uber Eats at 24%, according to Second Measure. Acquiring Grubhub, which has 21%, would have consolidated more than 90% of the food delivery business between just two companies, while Postmates controls just 8% of the market.

Rep. David Cicilline, who chairs the House Antitrust Subcommittee, said at the time that Uber buying Grubhub would be a “new low in pandemic profiteering.”

But Weinstein said “litigation is probably the least likely outcome” with Postmates because regulators have more options to prevent Uber from becoming a monopoly in a specific city, short of completely blocking the deal.

If there are only a few markets where buying Postmates would give Uber a dominant market position, Weinstein said the DOJ could force Uber to divest some of its contracts in those city â€” that is, give them to a competitor to keep the market balanced.

With Grubhub however, that wouldn’t have been an option. “If you have two pretty big companies that are pretty big in every market, you’re just going to try to block that merger,” he said.

Uber has faced growing scrutiny from regulators and lawmakers about potential anticompetitive behaviour, both surrounding its dominance of the ride-hailing business, where it has roughly 70% market share â€” more than double its nearest competitor, Lyft â€” as well as its growing presence in food delivery, which has skyrocketed during the pandemic (though not enough to offset ride-hailing losses).

The company’s core business model, which relies on avoiding significant labour costs by classifying drivers as independent contractors rather than employees, is also at risk of being upended in California, where a court has ruled Uber and Lyft are in violation of the state’s gig work law, which makes it harder to classify workers as contractors.

Uber, Postmates, and their competitors are currently bankrolling a ballot measure that would exempt them from that law.