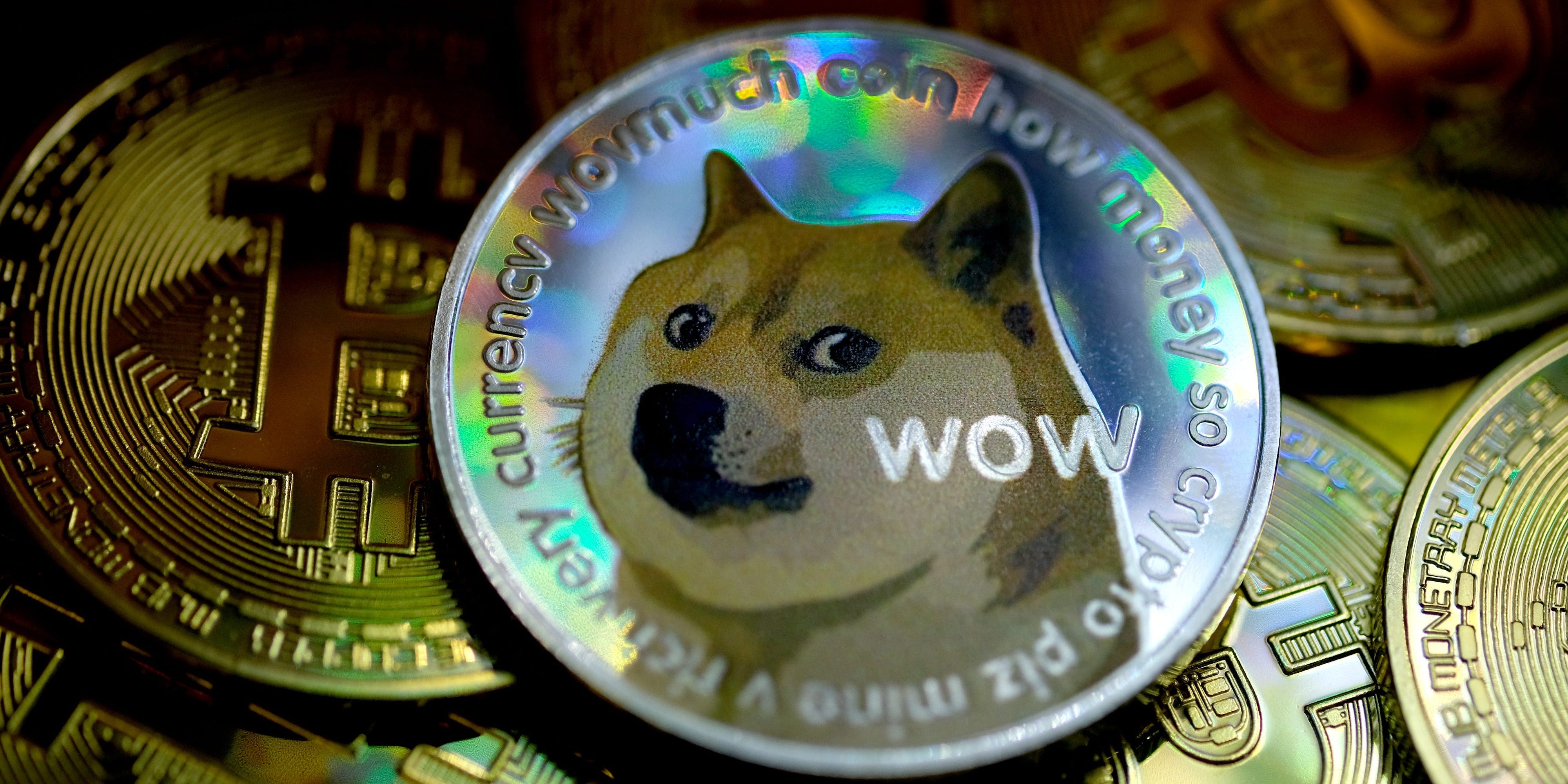 Yuriko Nakao/Getty ImagesDogecoin is a cryptocurrency based on the Doge meme, started seemingly as a joke

Dogecoin jumped as much as 31% Monday after tweets from Elon Musk and rapper Snoop Dog over the weekend sent the meme-inspired token soaring to record highs.

The cryptocurrency surged to a record $US0.083745 at 5:29 PM on February 7, and ranked in the top 10 digital coins, according to data from CoinMarketCap.

In series of exchanges on Twitter, celebrities from Musk to Snoop Dogg, to Gene Simmons have been plugging the popular meme-based token.

The Tesla chief executive on Sunday fired off a tweet to his 46 million followers, promoting a one-minute video on Dogecoin breaking records with a brief caption: “Ã is for Ãogecoin! Instructional video.”

A day before, rapper Snoop Dogg tweeted a photo of a Shiba Inu, the breed of dog representing the cryptocurrency, attached to a human body. The caption was even simpler: “@elonmusk.”

On Saturday, Simmons dubbed himself “God Of Dogecoin” on Twitter. Pop music singer Kevin Jonas also got on the bandwagon with a tweet about the token.

Dogecoin’s spike continues a string of recent moves higher on the back of Musk’s tweets. Last week, the Tesla CEO sent shares of a little-known gold stock higher after praising the techno hit Sandstorm by Darude, while he previously sent shares of Etsy surging after tweeting “I kinda love Etsy”.

“Arguably the most entertaining outcome, the most ironic outcome, would be that Dogecoin becomes the currency of Earth of the future,” Musk said earlier this month on audio-only social media app Clubhouse.