A broad rally in cryptocurrencies on Wednesday helped extend Dogecoin’s two-day gains to as much as 94%, according to pricing data from Coinbase.

The surge higher helped push the dog-meme-cryptocurrency’s total market value to as much as $18 billion, based on its current outstanding circulating supply of 129.2 billion dogecoin.

Besides being created as a joke, Dogecoin is unique from other cryptocurrencies in that an unlimited amount of the coin can be mined, meaning the is limitless supply of dogecoin. Alternatively, bitcoin has a fixed supply of 21 million coins, of which nearly 19 million bitcoin have already been mined.

But some are buying into the dog-meme joke, including celebrities like Tesla CEO Elon Musk and Guy Fieri of Diners, Drive-Ins, and Dives, who have both tweeted support for the Shiba-Inu inspired cryptocurrency.

“Rollin’ out to the MOON [rocket emoji] #Dogecoin,” Fieri tweeted on Tuesday, accompanied with a picture of Fieri in an astronaut suit holding a space-suited up Dogecoin mascot. 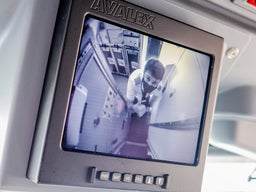 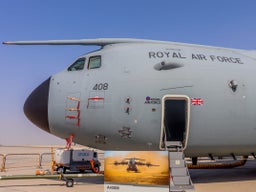