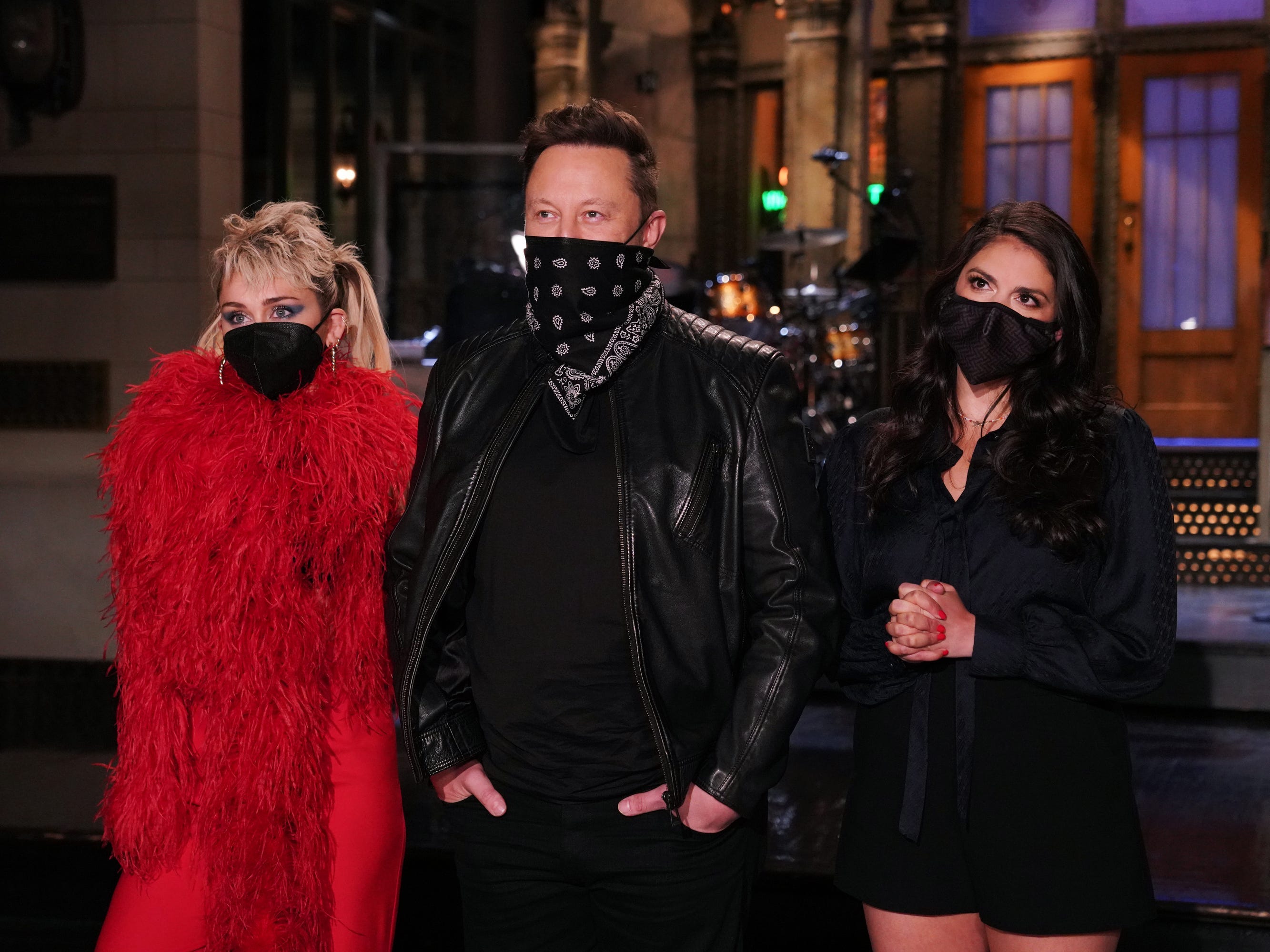 NBC/Getty ImagesMiley Cyrus was the musical guest on ‘SNL,’ while Elon Musk hosted.

The price of Dogecoin fell sharply during billionaire Elon Musk’s appearance on “Saturday Night Live” on May 9.

The cryptocurrency, which started as a joke in 2013 but recently gained popularity with Musk’s vocal support, traded at 47 cents as of 9:35 a.m. in New York, a 36% decline over 24 hours, according to Coinbase data.

Musk touted Dogecoin during his appearance on the show’s “Weekend Update” sketch, saying the cryptocurrency would “take over the world” and calling himself the “Dogefather.” However, when asked if Dogecoin was a “hustle,” he replied “yeah, it’s a hustle.”

At the same time, Robinhood, the multi-billion dollar stock trading app, said the platform was experiencing issues with crypto-trading.

Robinhood told Insider that the platform’s crypto-trading was “back up and running” about 30 minutes after it first reported difficulties. Robinhood declined to comment on whether the issues were tied to the “SNL” performance.

This year, Dogecoin has had more than a 12,000% year-to-date rally, and spiked the week prior to Musk’s hosting gig on “Saturday Night Live.” The Reddit group Wall Street Bets, which cheered an unlikely rally of GameStop stock earlier this year, has also championed Dogecoin.