4 highlights in the history of the dogecoin community, according to its original creator Billy Markus 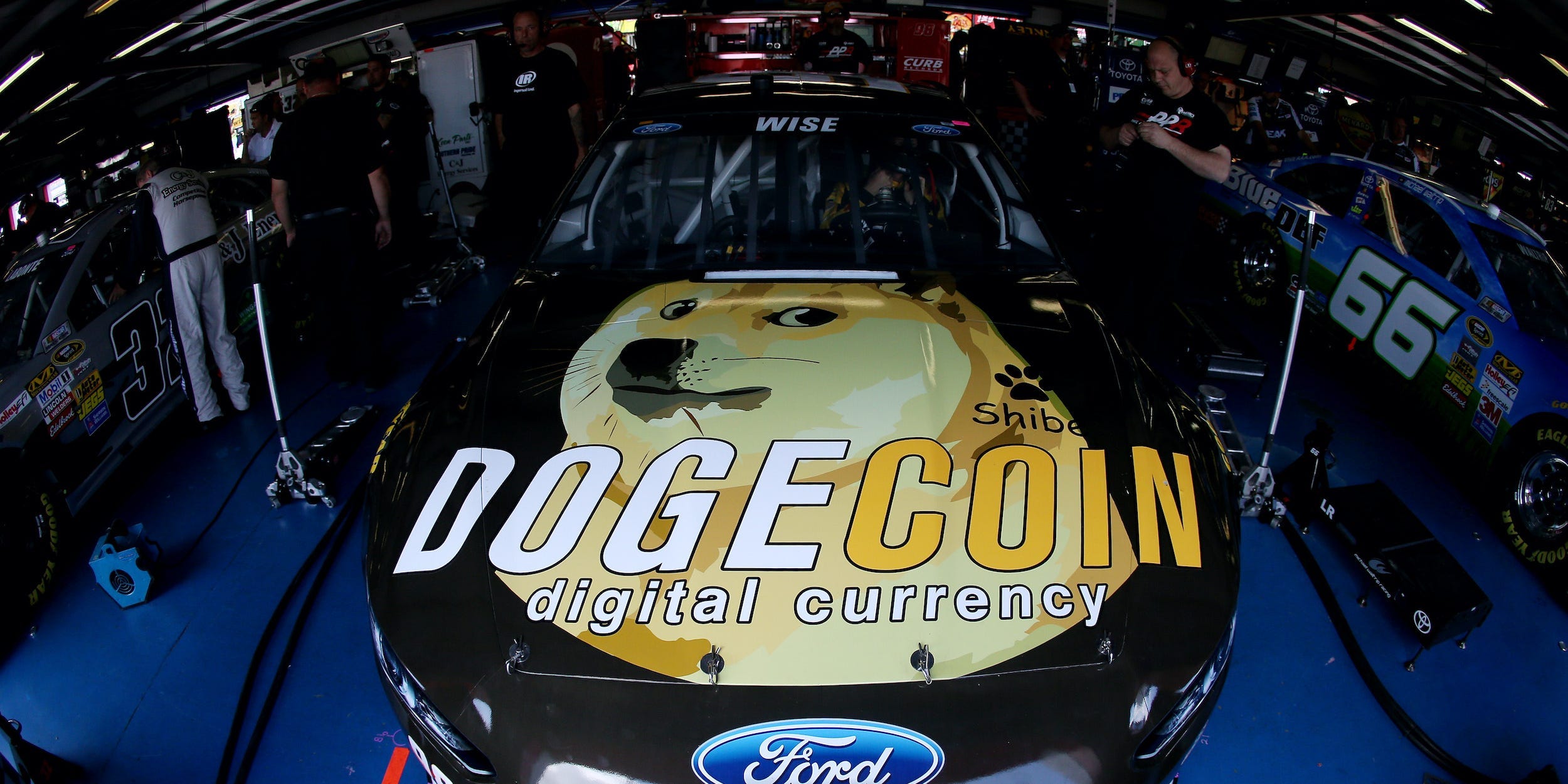 Chris Graythen/Getty ImagesThe #98 Dogecoin / Reddit.com Ford, driven by Josh Wise, is seen in the garage during practice for the NASCAR Sprint Cup Series Aaron’s 499 at Talladega Superspeedway on May 2, 2014 in Talladega, Alabama.

Dogecoin has skyrocketed roughly 2,000% from December to February and its rise has bewildered observers, including its original creator, Billy Markus.

The currency, which Markus started as a joke in 2013, recently topped a valuation of $US10 billion, catapulting it to the same level as companies such as Shake Shack and Under Armour. Markus, however, sold all his coins six years ago when he lost his job.

Markus this week took to Reddit to express his disappointment over what he sees as greed among members of the dogecoin community, and reminded people of the true value of the cryptocurrency: “Joy, kindness, learning, giving, empathy, fun, community, inspiration, creativity, generosity, silliness, absurdity.”

In a Reddit post, Markus outlined some memorable events in the cryptocurrency’s history since he first launched the meme token in December 2013. The 38-year-old, who now works as a software engineer, reminded dogecoin fans – known as “shibes” – of what the community really stands for.

Here are four moments the dogecoin creator pointed to as highlights in the community’s history:

Supporting a NASCAR driver at Talladega

The Dogecoin community raised more than $US55,000, or 67 million dogecoins, in May 2014 to sponsor NASCAR Sprint Cup driverJosh Wise. Reddit user Denis Pavel rallied the dogecoin community to back the sponsorless number 98 Ford Fusion. In a week, the community was able to raise the amount, which Wise announced on Twitter. “So thankful for all the fans,” the racecar driver said.

Helping send a Jamaican bobsled team to the Olympics

In 2014, a two-man Jamaican bobsled team could not afford to go to Sochi, Russia to compete in the Winter Olympics. The community, along with thousands of others, held online campaigns to raise funds. Driver Winston Watts and brakeman Marvin Dixon only hoped to raise $US80,000 but total donations exceeded that. The dogecoin community alone raised $US30,000 after it was promoted on the currency’s Reddit community page.

Providing service do
gs to children with special needs

The community in 2015 kickstarted a Doge4Kids to raise funds for an organisation focused on providing service animals to kids, 4 Paws For Ability. The service dogs are trained to help children with conditions such as autism. According to Markus, the community has successfully raised $US30,000, an amount that will be able to cover the placement of two adult service dogs with two families in need.

The community, through its Dogecoin Foundation, raised $US50,000 to create two wells in the East African nation in 2015. In partnership with New York-based nonprofit Charity: water, the community was able to raise the 40 million dogecoins (equivalent to $US50,000) and converted it to cash.

Some of the members of the community expressed their gratitude to Markus for posting. “I only joined because of the goodwill part,” said user Lemondoodle. While Yarkls said, “Originally, getting in to make quick cash was my main objective. Now that I see the community I want to be a part of it.”