Yes, it does, especially when the item is used by the main character.Via Shiny Objects: Why We Spend Money We Don’t Have in Search of Happiness We Can’t Buy:

Research into that very question by Moonhee Yang and David Roskos-Ewoldsen found that the level of “brand integration” impacted a product placement’s effectiveness. 27 Yang and Roskos-Ewoldsen identified three levels of brand integration: (1) background, (2) used by main character, and (3) an integral part of the story. A good example of the third would be the use of the FedEx brand in the Tom Hanks movie Cast Away, where Hanks’s character is a FedEx employee who crashes in a FedEx plane, and washed-to-shore FedEx packages help him survive. As you might have guessed, the more integrated the brand is into the story, the greater the positive impact it has on brand awareness and memory. Yang and Roskos-Ewoldsen’s research also showed that brands are viewed more positively when they’re used by the main character of a story. Finally, here’s the kicker. In comparing moviegoers who had seen a particular movie (with a particular brand portrayal) against moviegoers who hadn’t seen that movie (and thus hadn’t seen the brand portrayal), they found that the first group of moviegoers were more likely to choose that brand than were moviegoers who hadn’t seen the brand portrayal.

More From Barking Up The Wrong Tree:

What are the two most common tricks advertisers use to manipulate you?

Dentists reveal the worst Halloween candies for your teeth – and... 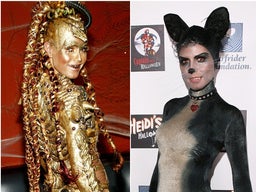