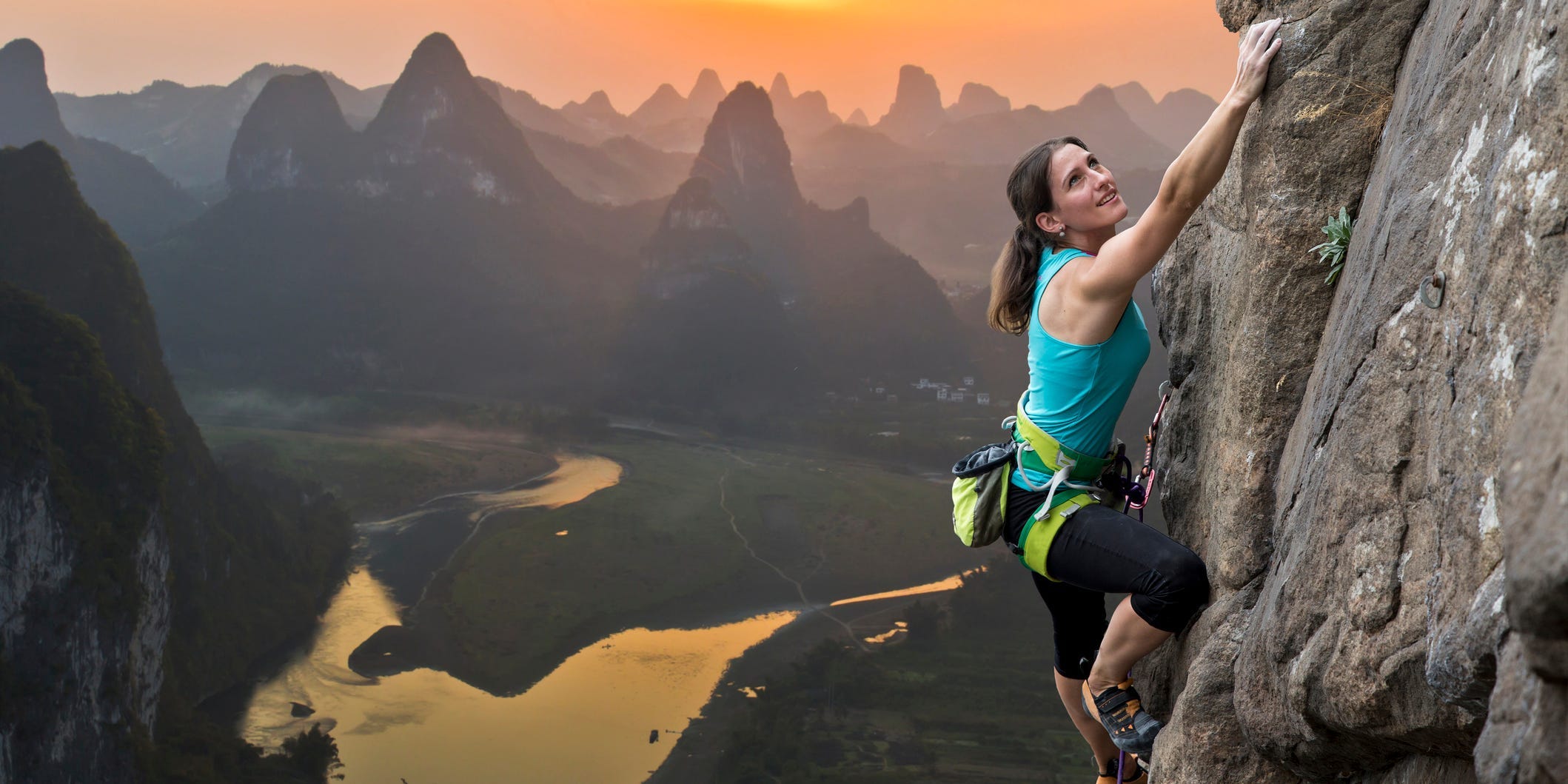 AlexBrylov/Getty ImagesExercising outdoors may provide a bigger mood boost than if you’re working out indoors.

Exercise comes with numerous health benefits that can lead to a happier, healthy life. It doesn’t matter if you’re doing cardio,strength training, or improving your balance and flexibility. There are benefits to reap from all types of exercise that can make you happy.

The effects of physical activity have been studied extensively. Research reveals a beneficial connection between fitness and areas such as longevity, nutrition, emotions, and self-esteem, all of which influence your overall happiness in a variety of ways.

Find out more about how you can be happier by committing to a physically active lifestyle.

How exercise makes you happy

Numerous studies show a link between physical activity and mood. For example, exercise is a preventative measure for depression and may even have a comparable effect to antidepressants in addressing major depressive disorder (MDD). And it doesn’t take much exercise to see a difference.

A 2018 review found that people felt happier with as little as 10 minutes of physical activity per week. But more exercise is better and increasing how often you exercise has been shown to lead to greater happiness.

Exercising outdoors may provide an additional happiness boost, as well. For example, a 2013 study showed that exercising in nature increases mood and self-esteem, while also decreasing tension, anger, and depression.

Kevin Gilliland, PsyD, Executive Director of Innovation360 and Ironman triathlete, cautions that exercise is not a happiness cure-all. “It can and should help our mood and anxiety,” he says, “but we may still need to utilise other beneficial things like medicine, counseling, spirituality, and encouraging communities.”

In addition to boosting mood, here are six more health benefits from exercising that may put a smile on your face:

Exercise helps you live longer. Living longer may lead to greater happiness, and many studies suggest a link between exercise and longevity. For example, researchers have found that exercise lowers the risk of osteoporosis, prevents the development of certain cancers, and increases overall longevity due to improved cardiovascular health in the elderly.

And what’s not to like about living longer? After all, a longer life offers you more time to accomplish goals and projects, including new careers. Also, you’ll get to spend more time with loved ones, especially children and grandchildren.

Exercise improves memory in old age. Remember your first kiss? The time you knocked it out of the park on a work project? The compliment you got on making that terrific meal? Positive memories make us happier and exercise has been shown to promote sharper memory, specifically in older adults who may be at risk of memory loss.

For example, a 2019 study showed that aerobic exercise improved executive functioning, i.e. working memory, flexible thinking, and self-control in adults older than 55 who were at risk for cognitive decline.

Exercise motivates healthier eating. While research shows that eating healthier makes you happier, it also makes sense: You probably feel happy that you’re treating your body well, and your body feels and works better when you give it healthier food and beverages.

Sometimes it’s hard to get motivated to eat healthy, though. What can give you that extra push? You guessed it: exercise. Michael Knudsen, MD, an orthopaedic surgeon with M Health Fairview and assistant professor at the University of Minnesota Medical School says, “When patients start incorporating healthy habits like exercise into their lives, they tend to be more conscious in other areas, like eating healthier.”

Research published in 2015, showed that starting or continuing to exercise led to increased fruit and vegetable consumption in both men and women. Another 2019 study found similar results where participants in a 15-week exercise program who were previously sedentary were more likely to voluntarily choose healthier foods.

A 2018 review found evidence to suggest that regular exercise â€” when done regularly for at least 45 minutes at a time â€” may prevent your immune system from weakening as you age.

Exercise improves sleep. If you’ve tossed and turned all night, you’re probably familiar with the grumpiness that follows the next day. Several studies, including a 2010 study, showed that aerobic exercise improved sleep and quality of life. Not surprisingly,research shows that getting a good night’s sleep contributes to improved mood and a sense of well-being.

Exercise boosts energy. It’s hard to feel happy when you’re exhausted. But when you’re feeling energetic, you may get excited about even mundane tasks like cleaning out your closet. Research has shown that physically active people have more energy and less fatigue.

Knudsen agrees, “When my patients, especially those that were sedentary, engage in more exercise, they have a little more pep in their step and feel more energised throughout the day.”

Your brain on exercise

“Movement is medicine,” says Gilliland. “Exercise activates regions of our brain and releases hormones and brain chemicals (neurotransmitters) that are often associated with improved mood.”

Here are some key findings on the connection between physical activity and happiness:

Giliand says that exercise may also help to decrease stress hormones often associated with anxiety, such as cortisol.

How much exercise do you need to feel happy?

According to research, aerobic exercise, even for 10 minutes, is helpful for a quick boost in your physical and mental health.

If you’re just starting, Knudsen suggests taking small steps. “A brisk walk around the block is an achievable goal for just about everyone,” he says. “Build up to a brisk walk a couple of times a week, or a longer walk, or a jog.”

Gilliland suggests starting with the activity that you enjoy the most, the one that helps you forget about the stress of life. He also notes that for some, group exercise is more beneficial than working out alone because of the social element, as well as the encouragement and support of a leader and fellow participants.

If you want to make the most of a workout’s mood-boosting effects, exercising on a regular schedule is your best bet. A2018 review showed that aerobic exercise for an average of 45 minutes at a time, at moderate intensity, three times a week for over 9 weeks, had a major antidepressant effect.

Always check with your doctor before starting a new exercise program.

Exercise provides so many benefits that can help us live happier lives overall. For example, it can boost your mood, help you live longer, and improve your memory, among other benefits.

It has a powerful effect on your brain, helping it function better in many ways, especially to increase mood and memory.

And the best part? You can start receiving some of those benefits with as little as 10 minutes of exercise a day. That’s enough to put a smile on anyone’s face.