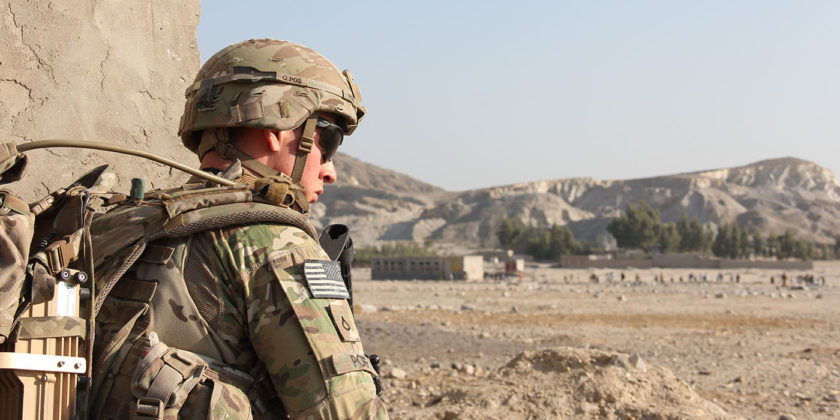 US ArmyA 3rd Cavalry Regiment soldier in Afghanistan on January 6, 2015.

The Pentagon announced Tuesday afternoon that it was pulling thousands of US troops out of Afghanistan and Iraq.

“I am formally announcing that we will implement President Trump’s orders to continue our repositioning of forces from those two countries,” acting Secretary of Defence Chris Miller said at the Pentagon, adding that by January 15, there would be 2,500 US troops in Afghanistan and 2,500 in Iraq.

President Donald Trump tweeted in October that the US “should have the small remaining number of our BRAVE Men and Women serving in Afghanistan home by Christmas!”

But a few days later, national security advisor Robert O’Brien told reporters the plan was to reduce the number of troops in Afghanistan to 2,500 by early 2021.

Miller said Tuesday the repositioning of forces “is consistent with our established plans and strategic objectives.”

Miller, formerly the director of the National Counterterrorism Centre, took over as acting secretary of defence last week after Trump fired Mark Esper from his position as defence secretary.

The former secretary’s departure from the Pentagon came after he sent a classified memo to the White House earlier in the month warning against a withdrawal of US troops from Afghanistan, according to CNN. The memo said Esper, as well as the other members of the chain of command, had unanimously agreed that the conditions in Afghanistan were not right for a large-scale drawdown of US forces, CNN reported.

On Monday, Senate Majority Leader Mitch McConnell said “a rapid withdrawal of US forces from Afghanistan now would hurt our allies and delight the people who wish us harm,” adding that such a move would be as “humiliating” as the US withdrawal from Vietnam.

Other lawmakers have also raised concerns.

Since he arrived at the Pentagon, Miller has been actively pushing for an end to the conflicts in the Middle East.

In a memo sent Friday, the new defence secretary wrote that “we are not a people of perpetual war â€” it is the antithesis of everything for which we stand and for which our ancestors fought.” He added that “all wars must end” and “it’s time to come home.”

In a follow-on message to the department, Miller listed a goal of bringing “the current war to an end in a responsible manner that guarantees the security of our citizens.”

The withdrawal of US troops from Afghanistan and Iraq is also an aspiration of the president, who campaigned on bringing an end to the “endless wars.”