Doc Rivers' dad, a cop, warned his son about interactions with the police and the NBA coach struggled to understand the call for caution 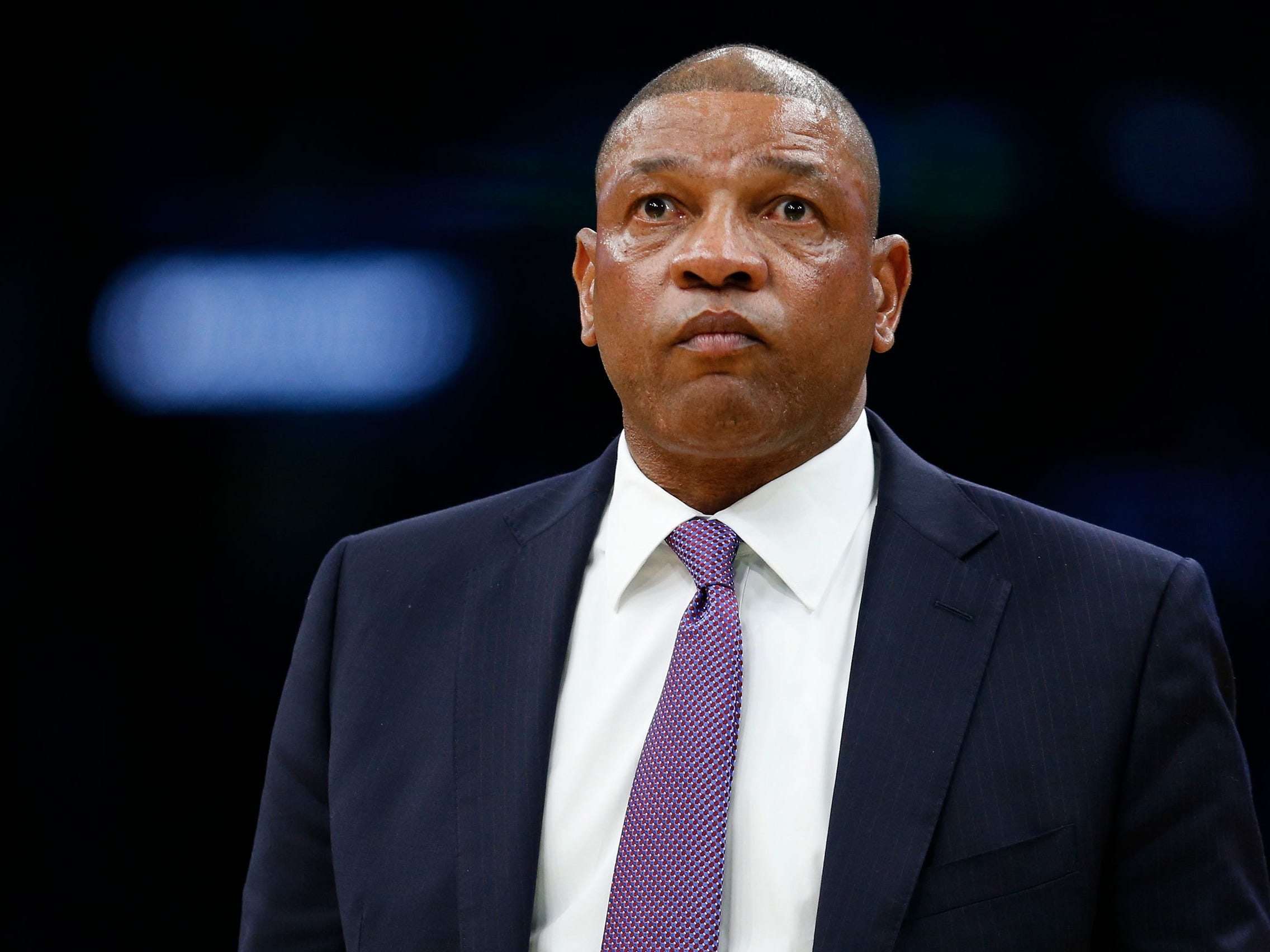 Los Angeles Clippers head coach Doc Rivers joined The Ringer’s “Flying Coach” podcast on Tuesday, speaking at length with fellow coaches Steve Kerr and Pete Carroll about race relations in America, the restart of the NBA season, and the importance of voting.

During the conversation, Doc Rivers opened up about his unique relationship with law enforcement, growing up as a Black man and the son of a police officer in Chicago.

Kerr and Carroll had brought up the fact that they had had to learn from their Black players about having “the talk” with their children about how to handle situations with the police that could escalate. The two coaches recognised their privilege in the moment, having never had to have a similar conversation with their children.

Rivers then shared the story of his father giving him the talk.

Rivers, who grew up in Chicago and whose father was a police officer, told Kerr and Carroll that when he had the conversation with his dad, he was at first a bit confused, as he had good relationships with the officers in his neighbourhood.

“Honestly, I didn’t get it back then, because I’m thinking, my dad’s a cop! You know, like, what are you talking about? I knew all of his friends that were cops,” Rivers said. “So he wasn’t talking about the local Maywood cops, he was talking about everything outside of that. And it happened. I don’t know how many times I’ve been pulled over in my life for driving. It’s so real, it’s amazing.”

Rivers said that because he was so close with the officers in his community, the idea that they could be a threat to him didn’t initially register.

“When I was in my little area, I felt safe. If a police car pulled up to me in Maywood, there was a 90% chance I can tell you … I knew their nicknames. I knew them all. That was Glen, and I’d say, ‘Hey Glen, how are you?’ and you would talk.

“Maywood was a town that was circled. A town full of Blacks encircled by pretty affluent areas. So to get anywhere, you had to go through one. And if you’re going through Hinsdale or Hillside, and you were at a light, and a cop pulled up to you, you stared right at the light. You didn’t look right. I always thought, ‘I’m sure I am looking so suspicious right now.’ But you don’t want to engage. You just didn’t. You got uptight. And that’s any Black American. Anywhere.”

You can listen to Rivers’ entire conversation with Kerr and Carroll here.