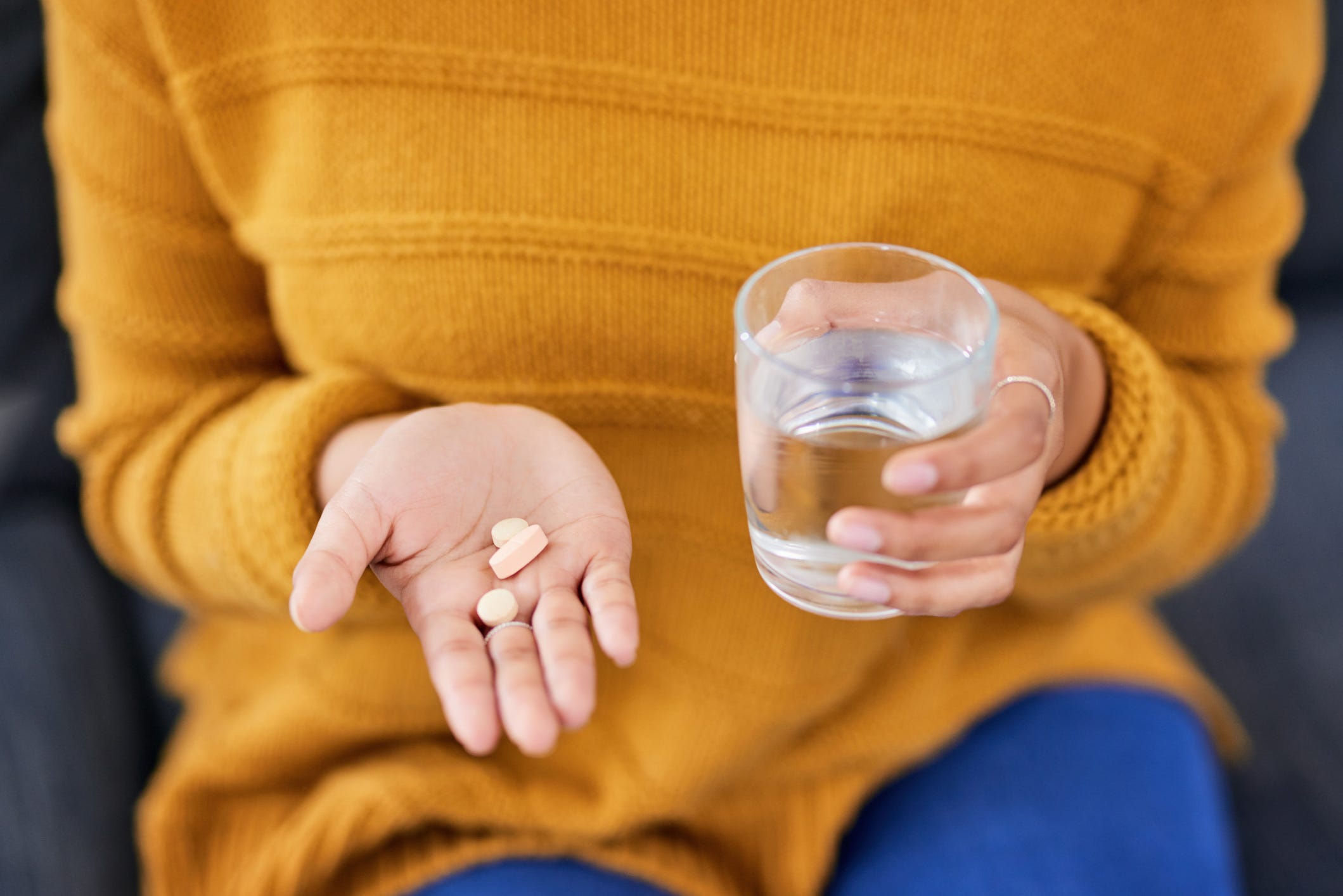 Antibiotics are prescribed to treat bacterial infections, which commonly include strep throat, urinary tract infections, and certain types of pneumonia.

But, antibiotics cannot treat viral infections, such as the common cold or influenza. So, if your sore throat is due to a cold caused by a virus – and not strep throat, which is caused by bacteria – taking antibiotics is not an effective treatment.

Some research has found that antibiotics may also weaken the immune system’s ability to fight off infection, whether it’s bacterial or not. Here’s what you need to know.

“Sometimes, the body’s immune system cannot fight the bacterial infection off alone, which is when antibiotics enter the picture,” says Kathleen Dass, MD, a Michigan-based immunologist and allergist. Antibiotics work to either kill off bacteria, or prevent them from reproducing, she explains.

And, in most cases, these drugs are incredibly effective. “In 1900, the top three causes of death were all due to infectious disease. That’s no longer the case today, and that’s because of… better hygiene, sanitation, vaccines, and antibiotics.” says Alex Berezow, PhD, a microbiologist at the American Council on Science and Health.

However, these powerful drugs are not without a downside. For instance, taking antibiotics can destroy the normal, healthy bacteria in your gut. “This can affect the functioning of your digestive system, metabolism, and parts of the immune system that are in the digestive tract,” Berezow says.

As Case Western Reserve University researchers found in one lab-based study on mice, antibiotics can destroy the good bacteria that work on behalf of the immune system to fight off fungal infections. Another mice study found that antibiotics made immune cells less effective at destroying bacteria, as well as changing their cells in ways that caused them to protect (instead of kill) the pathogen.

In humans, Berezow notes that changes to gut flora, or the bacteria living within your digestive tract, can also make you more susceptible to infection. And, the changes to the important microorganisms in your gut due to antibiotics can be permanent. “Your normal flora may never actually return completely to normal,” Berezow says.

Antibiotics are overprescribed and often unnecessary

Overall, research has found that antibiotics can sometimes inhibit the work that the immune system performs to attack infections. And that’s not the only reason to be cautious.

“If an antibiotic isn’t needed to treat your infection, it can potentially harm you,” Dass notes. Side effects – diarrhoea, nausea, yeast infections, and vomiting – can occur, she says.

“Antibiotics are very commonly overused or misused,” says Dass. If you feel sick because of a cold, flu, or viral sinusitis, taking antibiotics won’t help with your symptoms or prevent the spread of the illness.

“By taking an antibiotic unnecessarily, studies show that there are longer hospitalizations, increased bacterial resistance, and more office visits to your doctor,” Dass says.

How to know if you should take antibiotics

It can often be tricky to know if an infection is due to a virus or bacteria. In fact, some diseases – such as sinus infections – can be caused by bacteria or by a virus. And many of the symptoms for viral and bacterial infections overlap. For instance, both the common cold (a viral infection) and strep throat (a bacterial infection) can result in a sore throat.

If you’re in doubt, schedule an appointment with your doctor. An examination and history, as well as potentially some tests, helps determine if the symptoms are due to a viral or bacterial infection, says Dass. For serious symptoms – such as a high fever or sinus pain that lasts a week – reach out to your doctor, recommends the University of Rochester Medical Centre.

If your doctor prescribes antibiotics, take the full course, says Berezow. But don’t pressure your doctor to prescribe antibiotics. If they don’t recommend them, it’s for good reason: The drugs won’t be effective, could cause harm to your immune system, and overuse leads to antibiotic resistance.

“We should use them only when they are known to be useful, like with bacterial infections. Antibiotics cannot treat viral infections,” says Berezow.