You don't have to do this, DNC 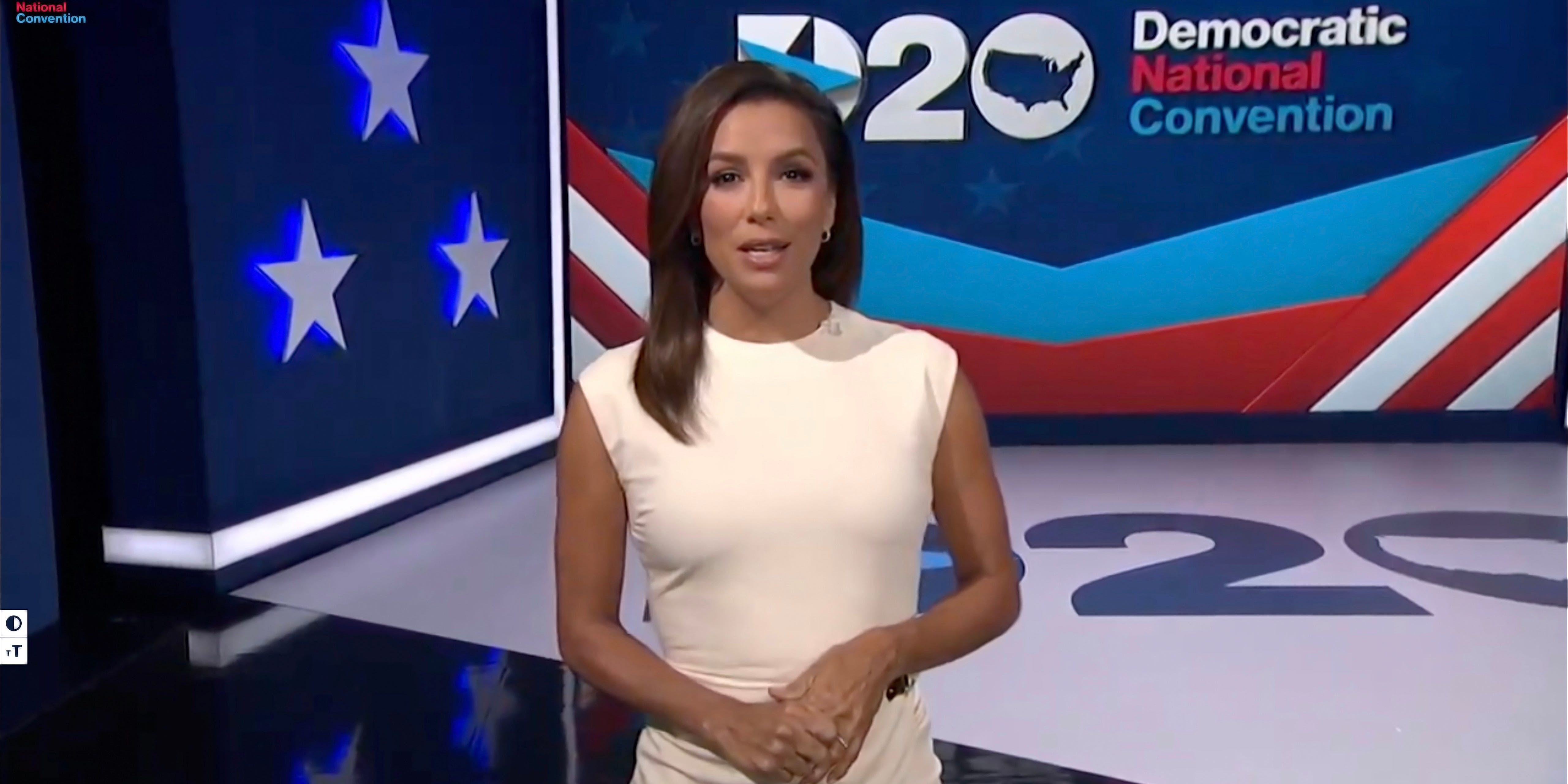 Nobody said putting on a virtual political convention was going to be easy, but Democrats could have done better than this.

Because of the constraints of the coronavirus pandemic, gone are the old days of gavel-to-gavel coverage on the cable-news networks, punctuated by a few hours of A-list speeches in prime time.

The 2020 Democratic National Convention made the right call to keep the program to a tight two hours a night. The non-pandemic conventions have always had musical guests and hours of uplifting montages to break up the monotony of grandstanding politicians. You didn’t need that here.

But entertainment is hard. It’s best to leave them wanting more. Get in, hit hard, get out. That wasn’t the philosophy held Monday night.

It’s clear after night one that the people behind the DNC curtain need to throw out the script. Just chalk it up to opening-night jitters, and then do everything you can to provide what are always the most memorable moments at past DNCs: more time with the party’s stars addressing the nation.

The first night started as a flop

DNC producers’ jobs right now are unenviable for a host of reasons, not least of which is there’s no precedent for putting on a four-night semi-live television event that’s supposed to be both politically partisan and universally unifying.

Trumpists will look for any excuse to call Democrats anti-American, so the DNC gave us a large and diverse choir of Zoom-boxed heads kicking off the show with the “Star Spangled Banner.” I get that, Democrats, you had to prove you love America and couldn’t be seen as “cancelling” John Philip Sousa. But were the rest of the first hour’s barrage of videos and musical guests necessary?

The first hour was dominated by montages of heroic just-regular-folks-in-a-pandemic demonstrating the unity, resilience, and inherent goodness of the average American.

It was earnest, and Democrats are trying to push positive messaging and not just anti-Trump haranguing.

But we got way too many Zoom-box montages, scored mostly by Bruce Springsteen’s post-9/11 anthem “The Rising.” The effect felt nightmarishly similar to the odious “Fight Song” – which was played ad nauseam for four days at the 2016 DNC.

Much of this part of the program felt as if it wasn’t quite ready for prime time.

The actress and activist Eva Longoria, the night’s emcee, interviewed “ordinary Americans” about their experiences during this extraordinary time. It was often awkward and stilted, which might have been impossible to avoid given the circumstances.

But there were genuinely moving moments, as when Gwen Carr, the mother of Eric Garner, asked Joe Biden for legislative reform addressing the kind of police brutality that killed her son. Or when a 39-year-old Arizona woman named Kristin Urquiza told Longoria about her father dying of COVID-19:

“My dad was a healthy 65-year-old. His only preexisting condition was trusting Donald Trump, and for that, he paid with his life… Donald Trump may not have caused the coronavirus, but his dishonesty and his irresponsible actions made it so much worse.”

The stars of the convention show were the speeches. They always are.

Rep. Jim Clyburn, the House majority whip from South Carolina, gave the first truly political address to the national audience. It was strikingly effective in its simplicity. Instead of addressing a television audience by way of addressing a packed arena, Clyburn just looked into the camera and confidently recited his short speech in praise of Biden. It worked!

Many of Biden’s former Democratic primary rivals – including former Rep. Beto O’Rourke, Andrew Yang, Sen. Cory Booker, Sen. Kirsten Gillibrand, Sen. Amy Klobuchar, and his running mate, Sen. Kamala Harris – sang Biden’s praises in a series of spliced-together computer video-cam testimonials. It worked because it had a clear message from the mouths of the politicians: We fought Joe Biden, and we still like him. Nobody likes Trump; he’s a jerk. Joe’s your boring pal. You don’t need to worry about him.

The last half hour’s content was mostly Sen. Bernie Sanders and the former first lady Michelle Obama. Because of time constraints, their speeches were shorter than they would have been at a normal convention. But that worked in their favour. They spoke with passion and anger, admonishing the nation to not allow Trump’s behaviour to become normalized and to take voting very seriously this time. It was stirring television and strong politics.

In short, it was all about the speeches.

Democrats, you’ve got time to fix this. Between now and Tuesday night, ditch the script and cut the program by an hour. Just give the time back, if not in deed, then in spirit.

You are permitted three – just three! – montages to use in an hour. The rest is speeches.

This new flexibility in scheduling can give a heat-seeking missile like Rep. Alexandria Ocasio-Cortez more than the 60 seconds she’s said to have been allotted to speak at the convention. A rousing AOC speech is sure to move the needle further than yet another unity video.

If you truly feel obligated to use the other allotted hour, dump the musical guests and the rest of the montages there. But let the viewers know it’s unessential and they can catch it on YouTube or something later. They will thank you for it.

It’s a show. Keep the show tight, and leave them wanting more.