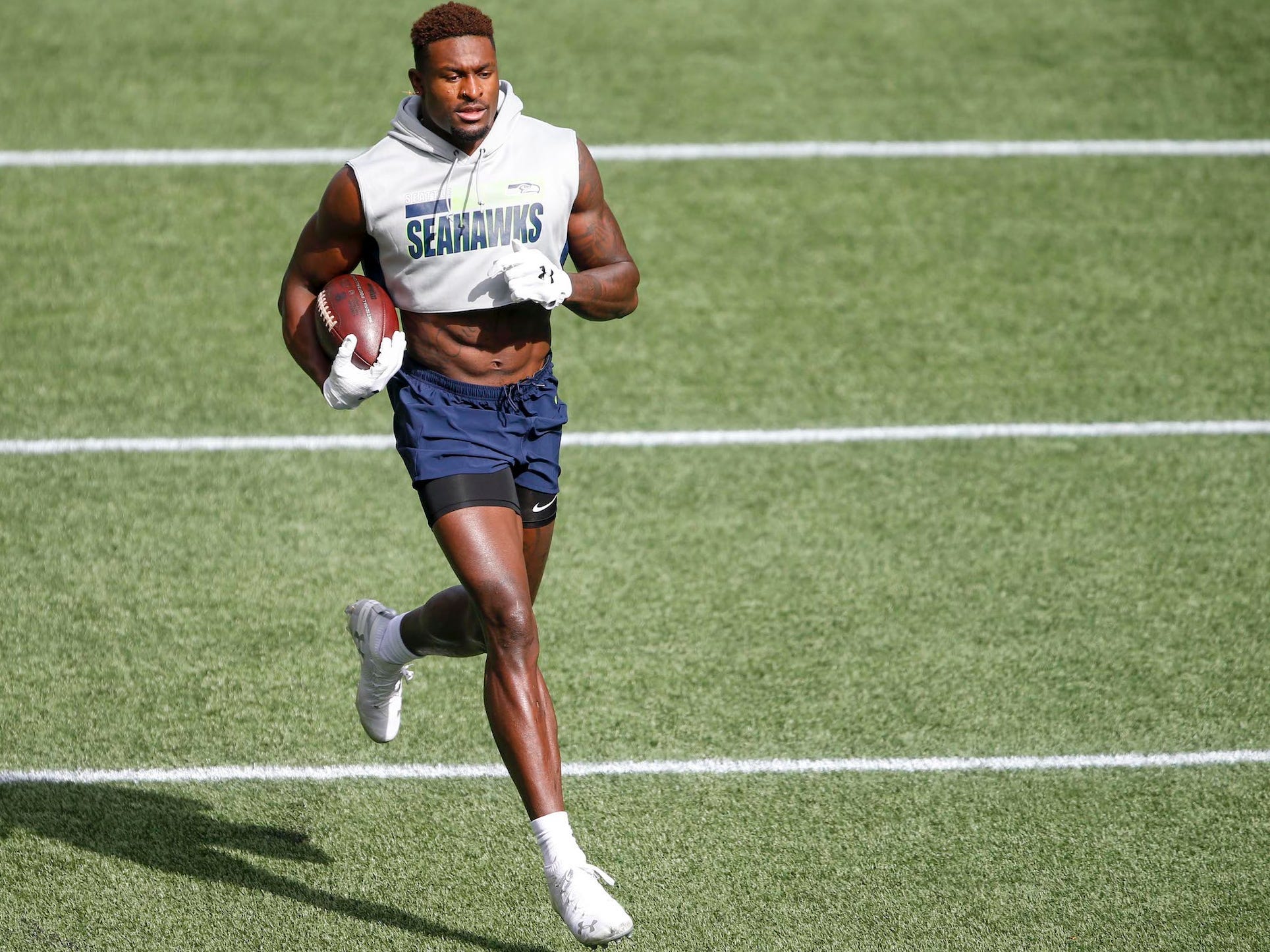 Joe Nicholson-USA TODAY SportsIf sustained, DK Metcalf’s 22.64-mph sprint on Sunday was faster than all but one of the world’s top 100-metre marks this year.

DK Metcalf is undoubtedly one of the fastest men on the planet, and he put that speed on full display during his epic chase-down tackle on Arizona Cardinals strong safety Budda Baker.

And now that the sports world has seen just how fast the 6-foot-4, 229-pound Seattle Seahawks wide receiver can move, chatter is building around his potential involvement with the USA Track & Field team. 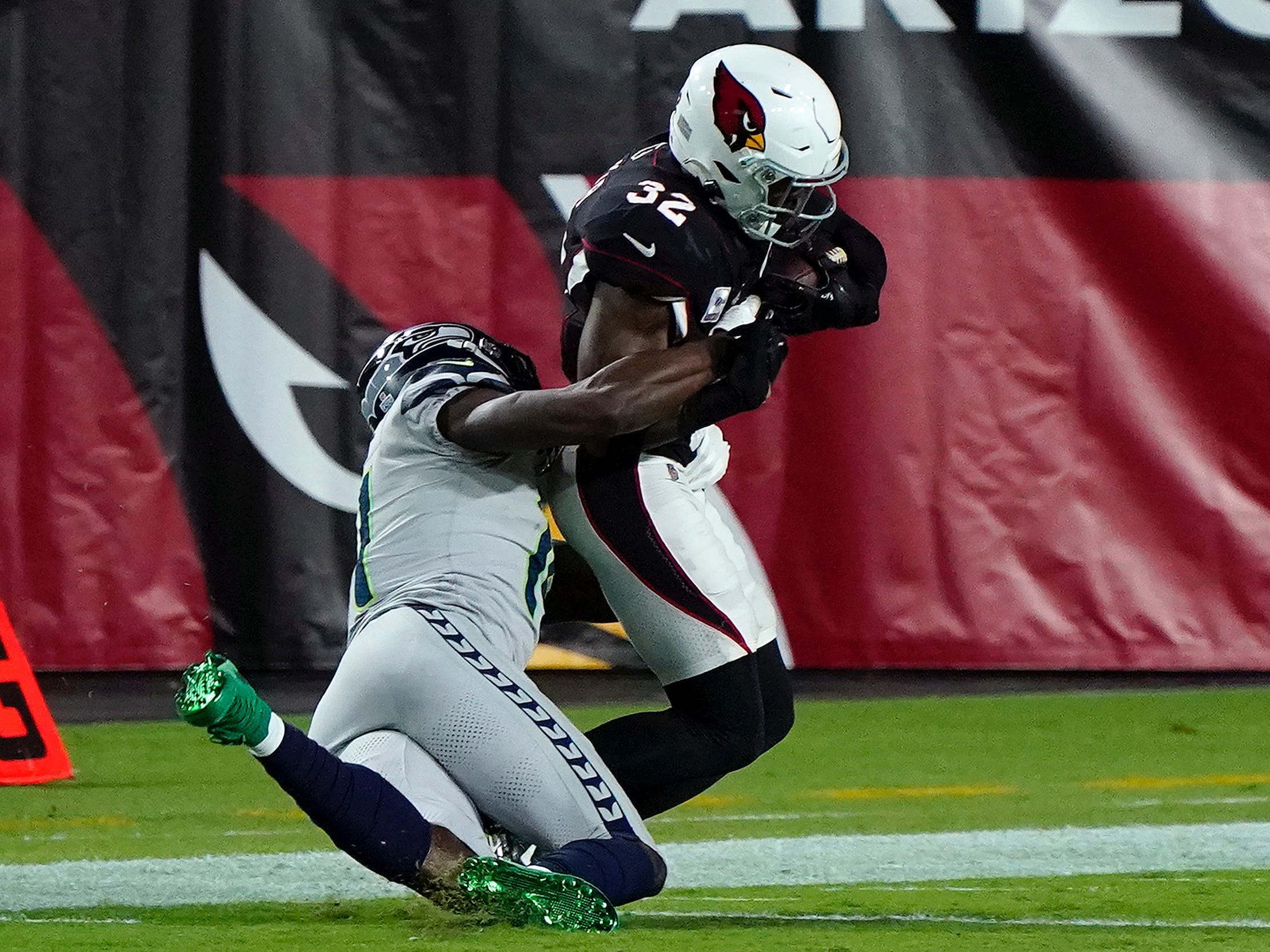 On Monday, the official Twitter account for USA Track & Field quote tweeted a video of Metcalf’s 114.8-yard sprint from the Seahawks’ Sunday Night Football bout against the Cardinals with the following message:

“For everyone asking if we have a spot open on our relay team for @dkm14, @NFL players are welcome to come test their speed against real speed next year at the Olympic Trials.”

Metcalf responded from his personal Twitter account a few hours later, adding “See you there” with a smiling emoji.

Though the exchange may have been playful in nature, the 22-year-old may have a legitimate shot at qualifying for the national team should he have a real interest. Metcalf reached a maximum speed of 22.64 miles per hour during his full-field sprint Sunday night. If sustained, that speed converts to a 9.88-second mark in a 100-metre dash.

And he did that in a full football uniform!

The owner of this year’s fastest time in the outdoor 100-metre dash event â€” American Michael Norman â€” clocked in at 9.86 seconds back in July at AP Ranch in Fort Worth, Texas. The next-fastest mark was 9.90 seconds, per World Athletics. 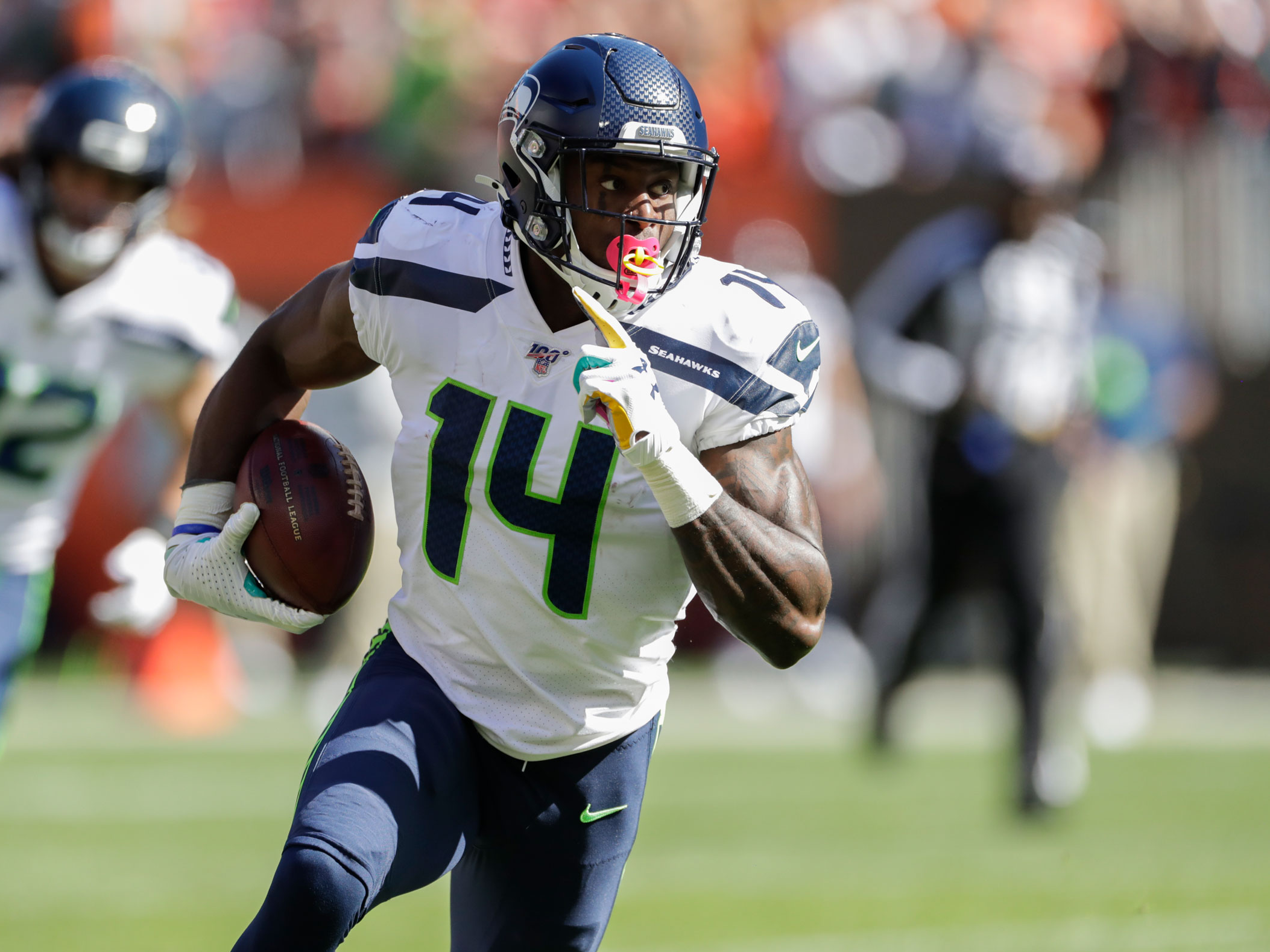 AP Photo/Ron SchwaneDK Metcalf has an open invitation to join some of the fastest humans on the planet at the United States Olympic Track And Field Trials in Eugene, Oregon, next year.

Metcalf would be far from the first NFL player to participate in the Olympic games should he actually find international success in a Track & Field career. Since 2012, half a dozen football stars have competed for medals. And Kansas City Chiefs wide receiver Tyreek Hill â€” who is known as one of the fastest players in the league â€” has repeatedly said he intends to try qualifying for the US national team ahead of the Tokyo Olympics.

But after a full NFL season, it will undoubtedly be an uphill battle for either Hill or Metcalf to qualify. According to NBC Sports analyst Ato Boldon, a former sprinter who earned four Olympic medals in his prime, “you’re not going from an entire NFL season to being an Olympic qualifier in the 100m.”

I think Tyreek is the fastest man in the NFL, but you’re not going from an entire NFL season to being an Olympic qualifier in the 100m. It’s a good story, though.

Still, Metcalf now has an open invitation to join some of the fastest humans on the planet at the United States Olympic Track And Field Trials in Eugene, Oregon, next year. The event will run from June 18 to June 27, with the Olympics set to begin just one month later.