Disney says more than 100,000 COVID vaccine doses have been administered at Disneyland since the closed theme park was turned into a mass vaccination site 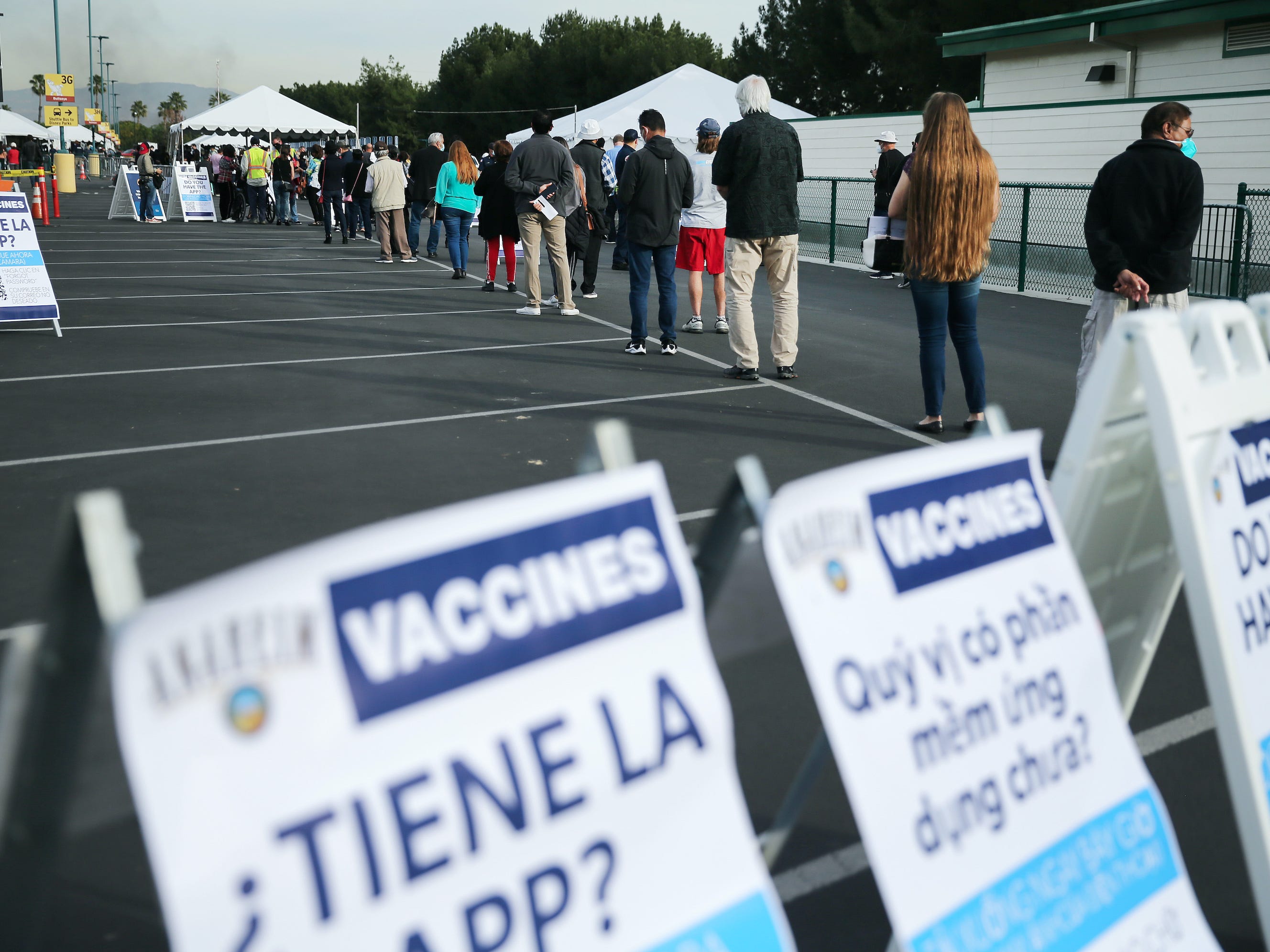 Mario Tama/Getty ImagesPeople wait in line to receive the COVID-19 vaccine at a mass vaccination site in a parking lot for Disneyland.

More than 100,000 vaccine doses have been administered at Disneyland, Disney CEO Bob Chapek announced during the company’s fiscal first-quarter earnings call on Thursday.

Disney announced last month that it would turn part of its Disneyland resort in Southern California into a mass-vaccination site, the first of five “Super” points of dispensing being set up in Orange County, where Disneyland is located.

Essential workers and people over 70 years old were among the first group offered vaccines at the theme park. On the night before the site began operating, 10,000 people signed up to receive vaccines, causing the county’s website to crash, according to CBS Los Angeles.

Local firefighters and paramedics vaccinated 3,000 people on the first day of operation, CBS reported. Orange County has said it plans to complete all vaccinations in the county by July 4, 2021.

Southern California has been hit hard by the pandemic. Insider’s Aria Bendix reported that Los Angeles has recorded more cases and deaths than any other county in the US, the majority of which occurred during the last two months. Epidemiologists blamed the surge on a range of factors, including overcrowded multi-generational homes, a new local variant of the virus, and increasing pandemic fatigue in the region.

Orange County has tallied about 241,000 cases since the onset of the virus and 3,493 deaths, according to the Orange County Register.

Disneyland has been shut down since mid-March, although Walt Disney World, in Florida, is currently operating. The park’s closure, along with the suspension of Disney’s cruise business and closures of other parks worldwide, has had a serious impact on Disney’s business: The company said during its earnings call Thursday that operating income from its parks experiences and product business declined “significantly” versus the year prior for a loss of $US119 million.