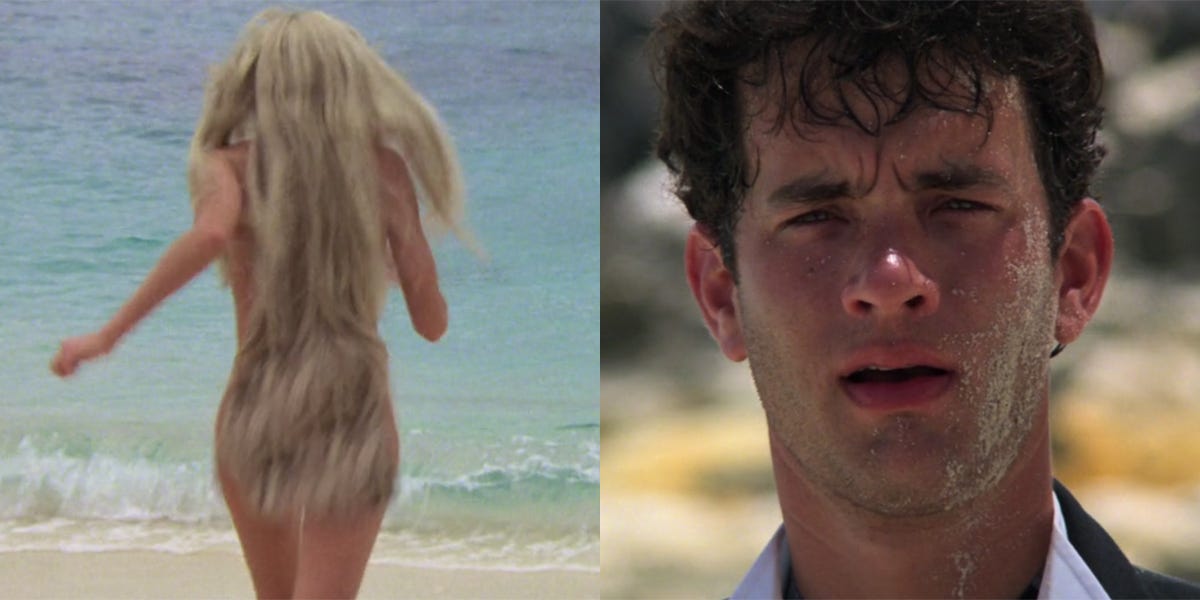 Touchstone/Disney PlusDisney Plus’ version of the 1984 movie ‘Splash’ has some edits to the original.

If you watch “Splash” on Disney Plus, it may play a little differently than you remembered.

The 1984 Tom Hanks’ starring movie about a man who falls in love with a mermaid, Madison (Daryl Hannah), has a few edits from the original film to hide Hannah’s butt when showed briefly in a few scenes.

Allison Pregler first pointed out the biggest edit in the film, which shows the addition of digital hair to completely cover Hannah’s behind as she dives into the ocean.

Disney+ didn't want butts on their platform so they edited Splash with digital fur technology pic.twitter.com/df8XE0G9om

Insider confirmed the change to the 1984 original film on the streaming service. It’s a bit of a puzzling revision given that the original film also covers most of Hannah’s backside in the same scene.

Here’s a look at the Disney Plus version of the film versus the unedited movie available for rent and purchase on YouTube: 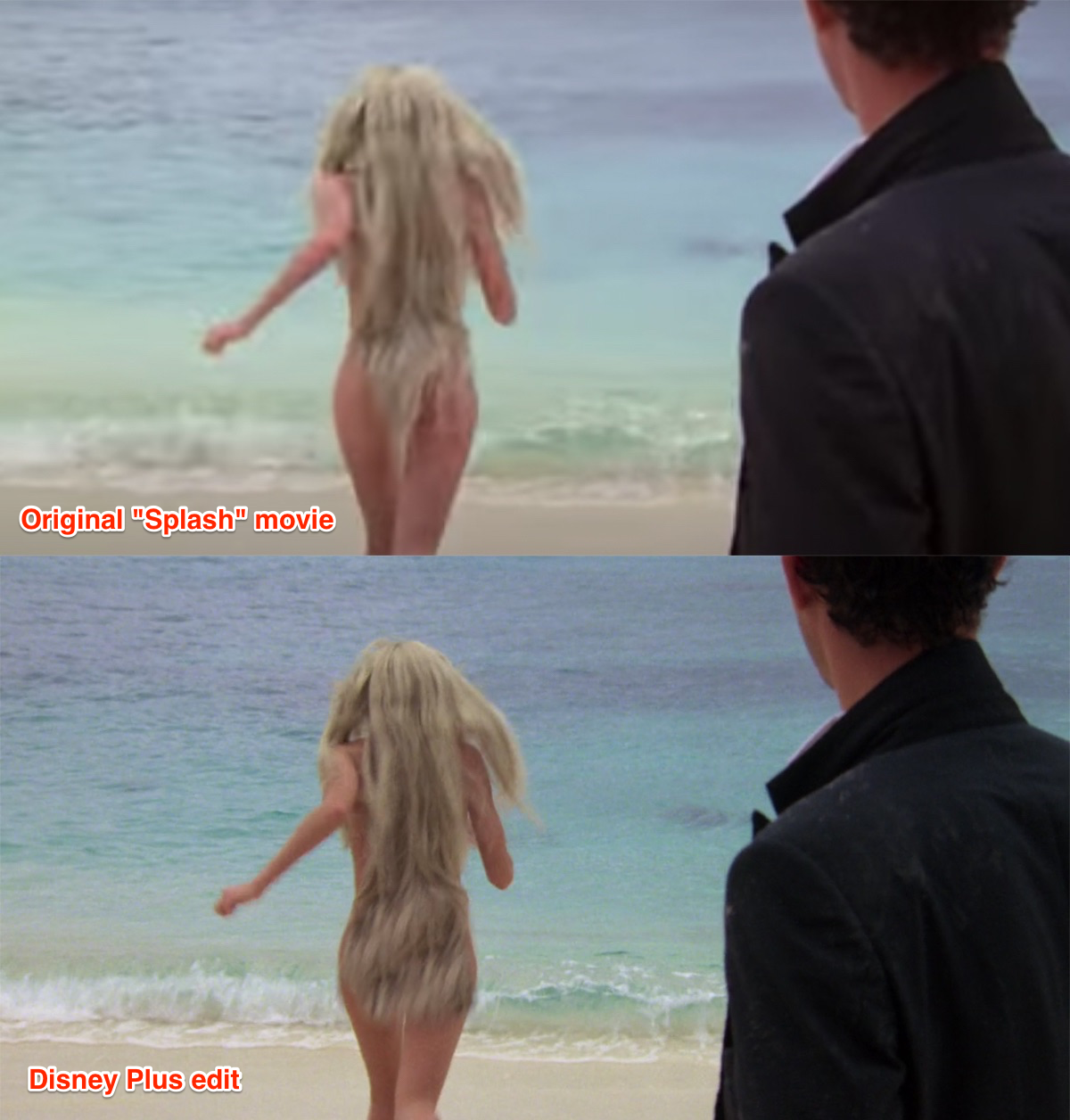 People seem a bit confused over the Disney Plus edit, remarking that it probably would have been fine if the edit wasn’t so noticeable. Instead, it sticks out like a sore thumb.

Fur butt is the new Maclunkey of Disney Plus!

It's like they tried to make her hair longer and thicker, but gave her a giant shag carpet for a butt instead

That fake hair is more disturbing than any butt pic.twitter.com/LaBgHui635

They didn't even try to make it look good…………

That’s not the only edit to the film.

The Disney Plus version of the Touchstone film begins with a disclaimer saying the film has been edited from its original version for “content.” 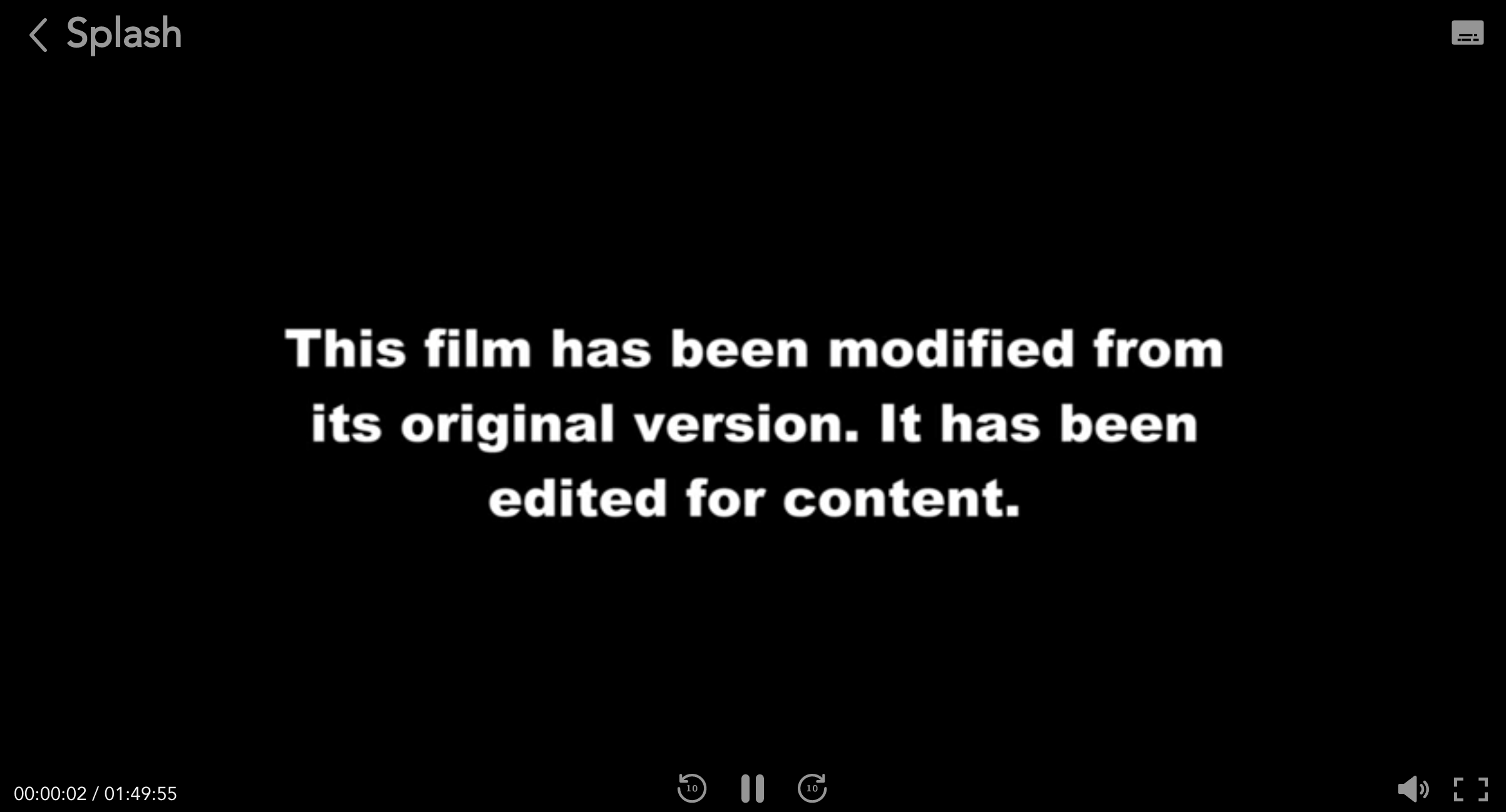 Disney PlusThis is the message that accompanies ‘Splash’ when it starts on Disney Plus.

If you compare the Disney Plus stream with the original, you’ll see that other moments in the film are cropped, blurred, or slightly edited. Another major moment in the film that’s changed in the movie on Disney Plus is when Madison first appears at the Statue of Liberty fully nude.

The Disney Plus version carefully blurs and edits Madison climbing over a rail and walking towards a crowd of people. We’ve added black bars to the original versions of the movie below. You can see how the Disney Plus edit has zoomed in on part of the frame on the lower image.

Touchstone/Disney PlusYou can see the Disney Plus edit blurs out Madison as she climbs over a rail and then zooms onto the top half of her back in the following scene.

Why does “Splash” edit the nudity in the film?

Bob Iger, who has recently reasserted control of Disney after stepping down as CEO, has previously said that Disney Plus will be home to family-friendly programming. The brief nudity may be seen as inappropriate if the streaming service is easily accessible to younger children who may be searching the app on their own without adult supervision.

But even without the censorship, “Splash” was already rated PG. (Disney Plus gives it a PG-13 rating.)

If the nudity is really that large of an issue, Disney could easily put the full, unedited title to stream on Hulu, which it also owns.

Insider has reached out to Disney Plus for comment.