3 disease experts reveal what surprised them about the coronavirus pandemic: not the outbreak itself, but rather the US's lacklustre response 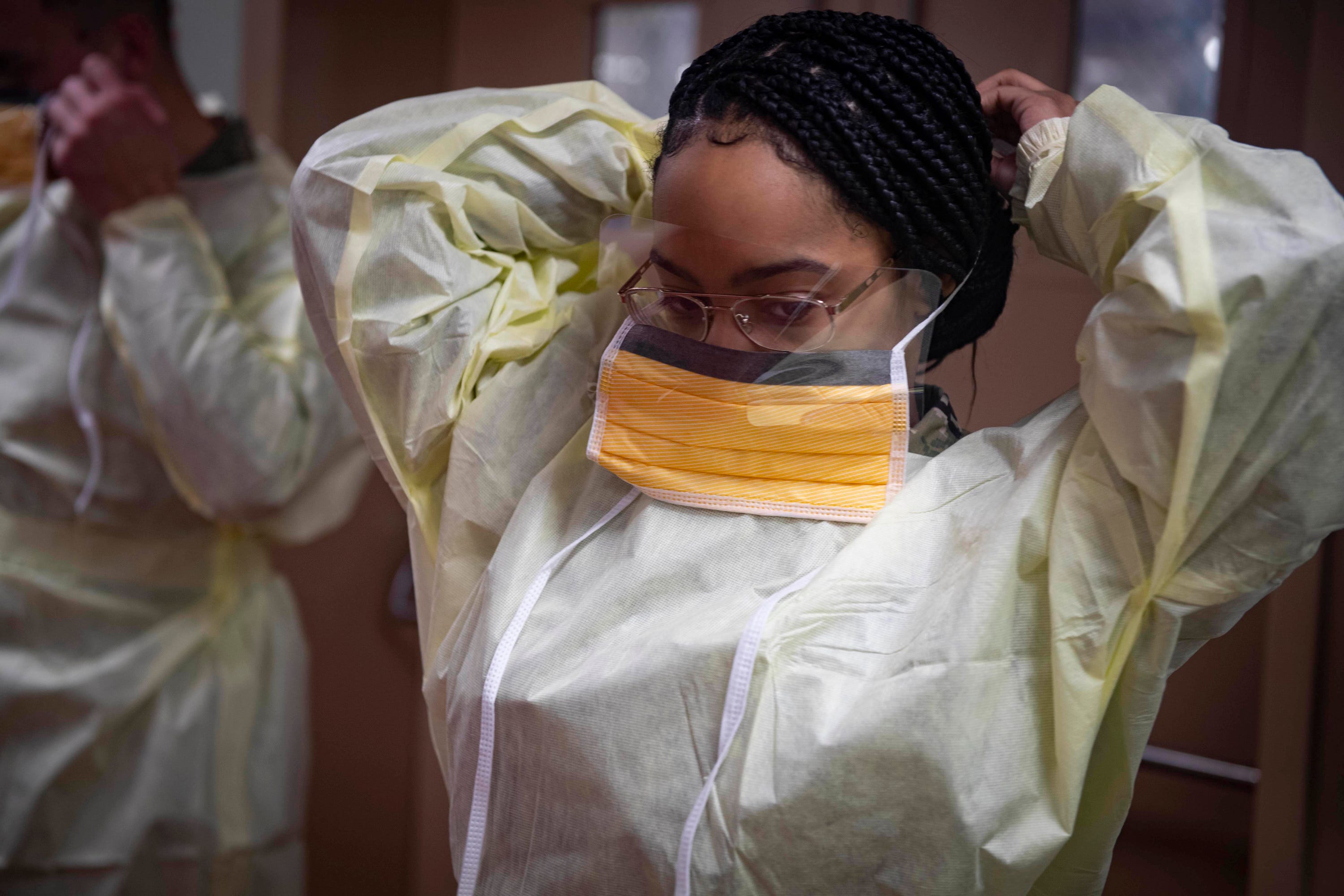 US Navy via Getty ImagesKaylah Jenkins dons personal protective equipment during infection-control training aboard the hospital ship USNS Comfort as the vessel transits the Atlantic Ocean on its way to New York City in support of COVID-19 response efforts.

The emergence of a novel coronavirus didn’t surprise Meghan May, a professor of infectious disease at the University of New England College of Osteopathic Medicine.

People “who work on emerging pathogens have been describing this potential for a very long time,” May told Business Insider.

But the US’s slow and inadequate response to the outbreak has shocked her. The country has the world’s highest number of cases by a wide margin – more than 217,200 as of Thursday, and more than 5,100 deaths.

The “lead time,” May said, between when the virus emerged in China and when it began spreading in the US – around three weeks – should have meant that American officials were “thinking about quality controlling test kits, ramping [up] production of tests, thinking about hospital capacity and what the contingency plan would be if that capacity – physical space, healthcare workers, and supplies – were to be challenged.”

But “clearly that didn’t happen,” May said. She added, “I have no doubt that dedicated, career civil servants were discussing this, and perhaps making recommendations and expressing their concerns. I was most surprised that this expertise was dismissed.”

The US’s coronavirus response was haphazard

The coronavirus has sickened more than 1 million people across 180 countries and territories and killed more than 50,000.

But on January 22, a day after the first coronavirus case was reported in the US, President Donald Trump dismissed the threat.

“Are there worries about a pandemic at this point?” CNBC’s Joe Kernen asked. 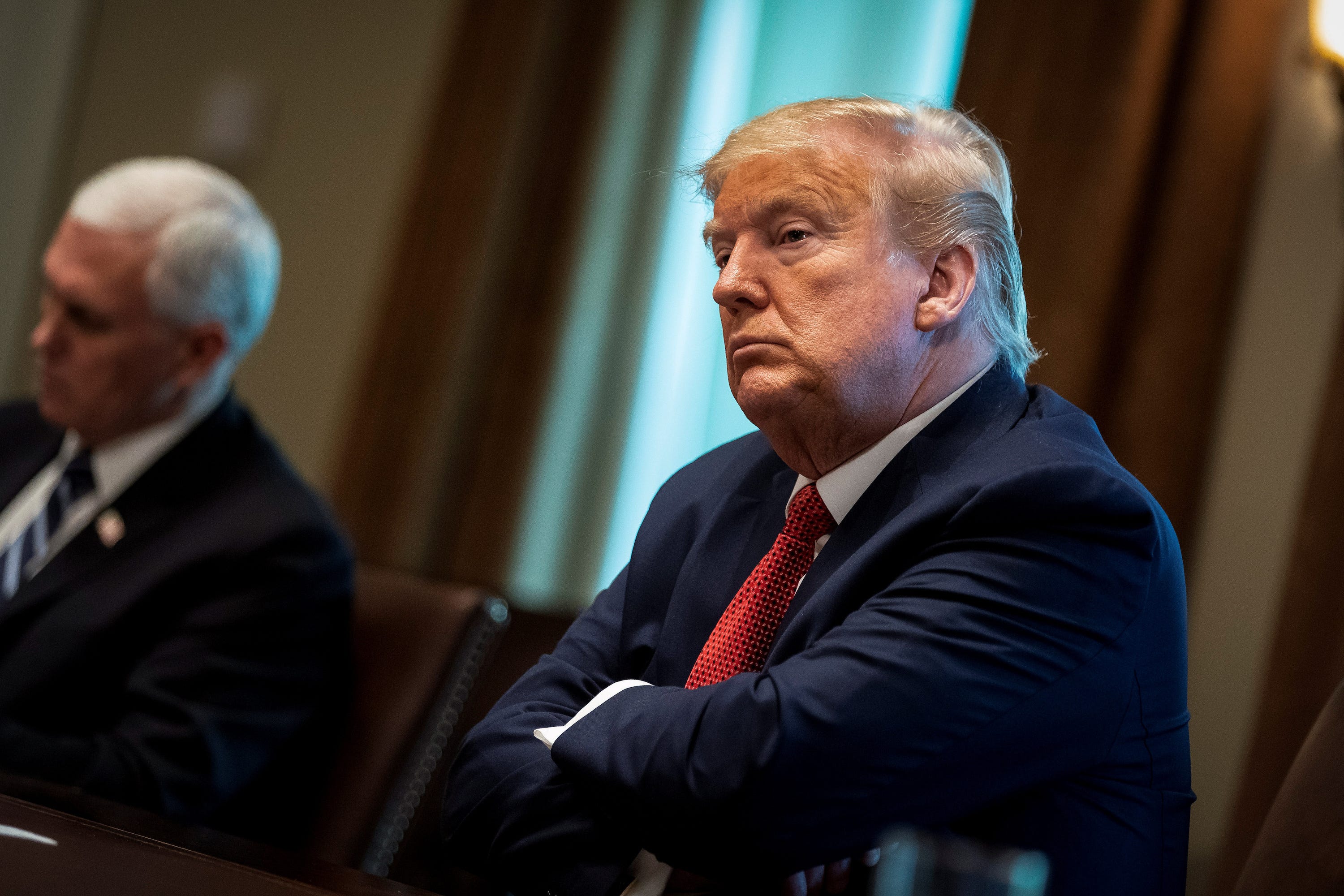 Since then, US’s response has been plagued by errors and delays.A ProPublica investigation revealed that the Centres for Disease Control and Prevention opted to create its own coronavirus test- one that could also identify similar viruses. But the early CDC tests proved faulty, and test-kit shortages are still preventing authorities from gleaning a clear picture of how severe the outbreak really is.

“We could have responded more quickly, gotten more tests, and been on top of it,” Scott Braithwaite, a professor of population health and medicine at NYU Langone Health, told Business Insider. “That would have really helped.”

Braithwaite added that he has been pleased by how much cities like New York and San Francisco enforced strict social distancing “even though it has such a dramatic impact on social life and happiness.”

But “it’s so clear we could’ve done better earlier,” he said.

As of Thursday, 38 states, Washington, DC, and Puerto Rico – home to about 297 million people or 90% of the US population – have issued stay-at-home orders. But Braithwaite said the US’s coronavirus response has fallen far short of China’s and South Korea’s.

“I’m surprised at how well certain countries have been able to halt the epidemic, at least temporarily. That’s very, very impressive,” he said. Braithwaite added that the US “didn’t do a good job at getting test kits out there and mobilizing the response early on.”

By contrast, a broad swath of China went into lockdown starting in January: Travel was suspended, wedding and funerals were banned, non-essential businesses were closed, and each household was issued a so-called passport, allowing one person to leave every two days. The country has seen a sharp drop-off in its infection rate since the beginning of March, according to statistics website Worldometer.

Similarly, South Korea has been recording fewer new cases than the one before since March 12, thanks to aggressive testing and contact tracing. 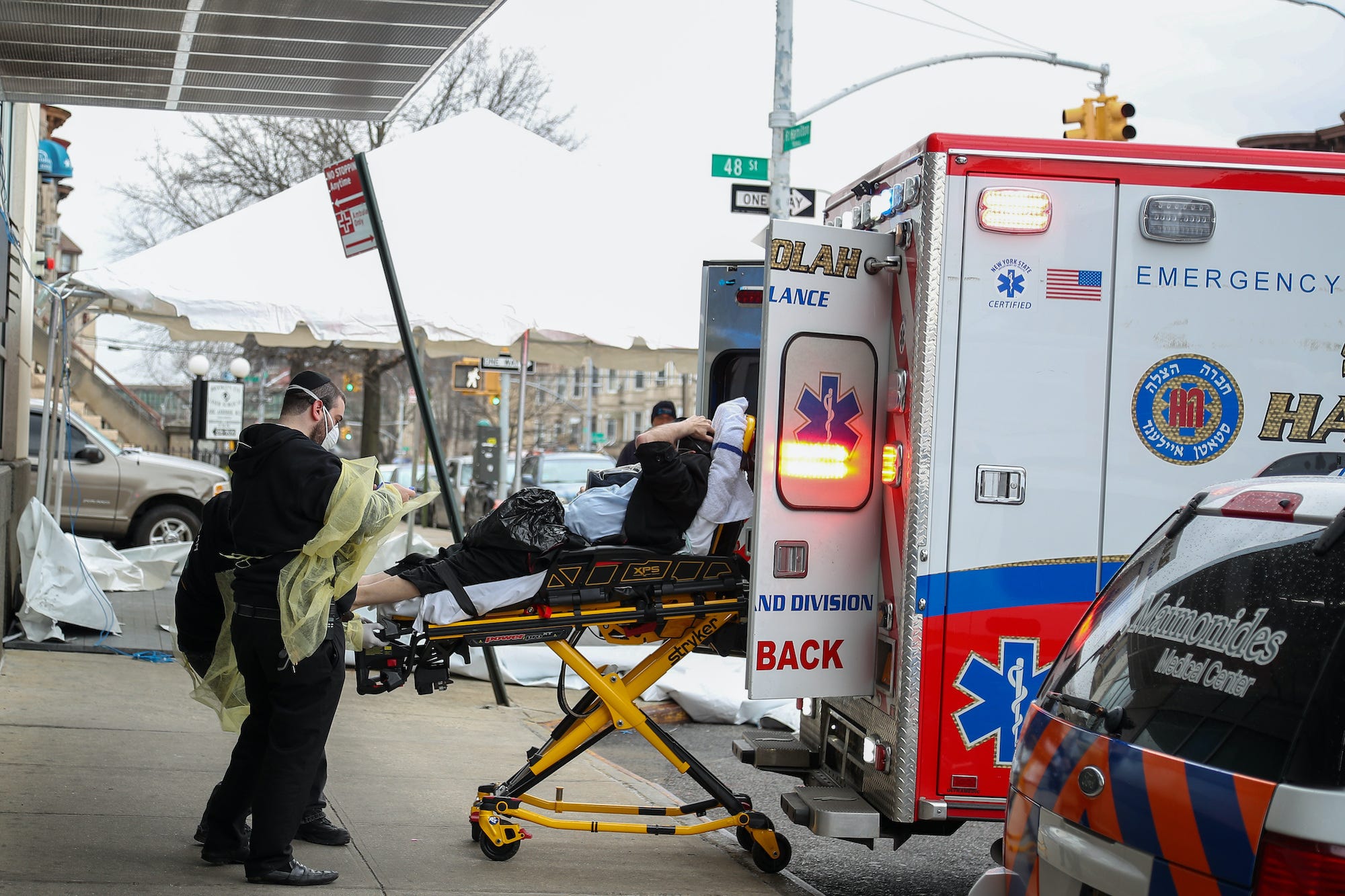 Tayfun Coskun/Anadolu Agency via Getty ImagesA patient is loaded into an ambulance at the Maimonides Medical Centre in Brooklyn, New York, on March 25, 2020.

Braithwaite and other experts also said the US’s piecemeal version of social distancing hasn’t been enough to “flatten the curve” and prevent the country’s healthcare systems from being overloaded.

An infectious-disease epidemiologist from Washington, DC – whose identity is known to Business Insider but is being kept anonymous because their employer has prohibited them from commenting publicly on the coronavirus – said a nationwide lockdown is still needed.

They also expressed concern at the “lack of coordinated public-health response” in the US and the degree to which state officials have been left to “left to figure it out on their own.” 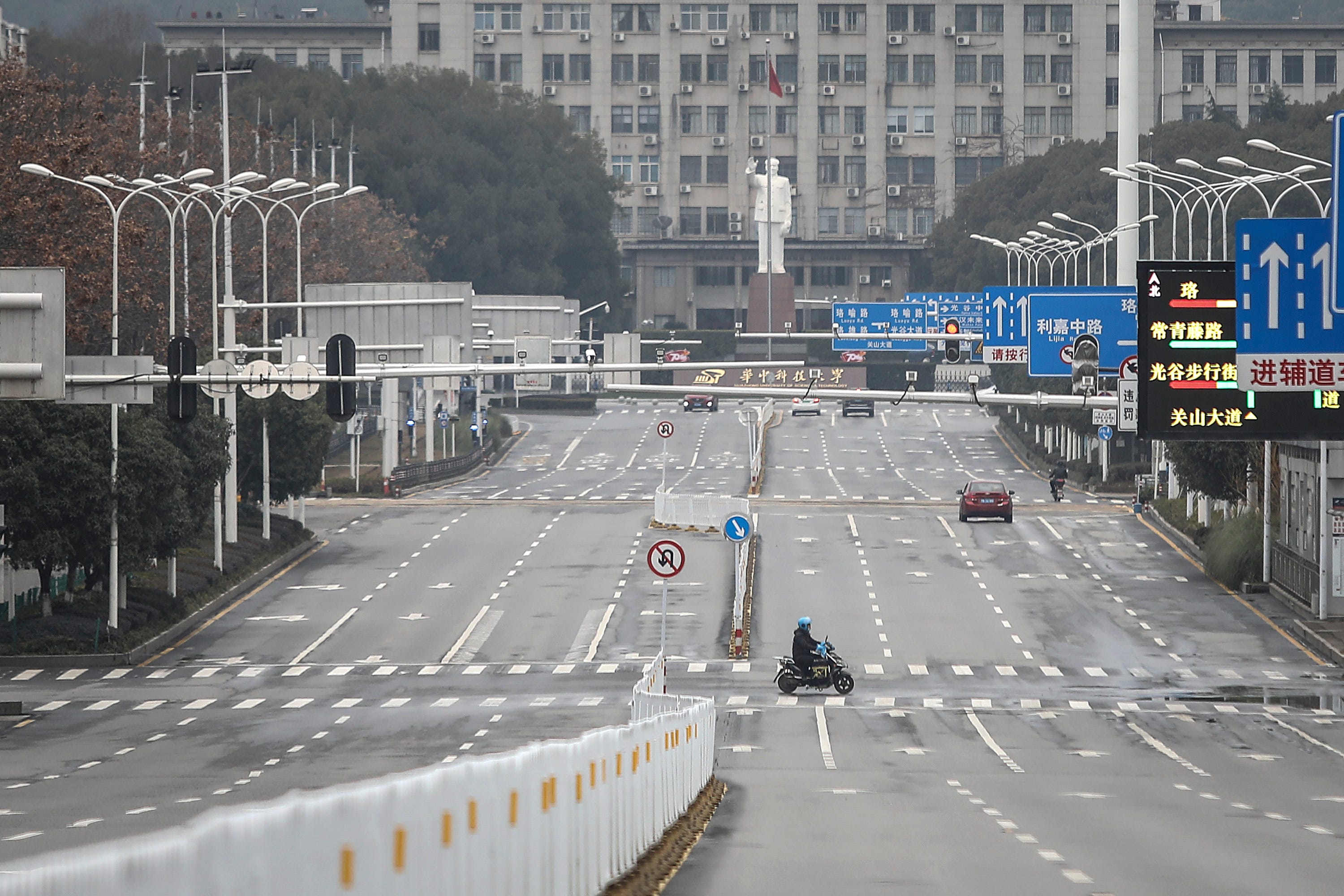 Getty ImagesA deserted Wuhan as Chinese officials put the epicentre of the coronavirus outbreak on lockdown.

Trump said on Sunday that federal social distancing guidelines will remain in effect through April 30. The White House coronavirus task force now estimates that between 100,000 and 240,000 people could die of the coronavirus in the US. Modelling information that has been guiding the administration’s response shows that as many as 2 million lives could be lost in the absence of strict mitigation measures, including social distancing.

Braithwaite mentioned one other unanticipated reaction to the pandemic: He said he’s been “emotionally surprised.”

From a scientific standpoint, Braithwaite said, it’s expected that a major disease outbreak will happen every so often.

“This is the equivalent of a 100-year storm,” he said. “It’s a 100-year infection because the last time something like this happened was 1918 when the Spanish flu broke out.” (The H1N1 virus infected a third of the world’s population and killed some 50 million people between 1918 and 1920.)

But he added: “It’s been very hard to see a new pandemic race across the world.”