Last year, I self-isolated with my family of seven – including my parents, grandma, and siblings – in an RV.

Coming from a New York City apartment, the adjustment was difficult. But I didn’t know that the same would be true when we moved out of the RV into a two-story house in South Carolina.

Read on for some of the things I found most surprising about the move.

I know you can be healthy and live in an RV – the lifestyle is famously intertwined with outdoor activities like hiking and biking. But the camper life isn’t great for those who like the indoors.

Living in an RV at the beginning of the COVID-19 pandemic, I fell into a bit of a depression. I averaged less than 500 steps some days because there wasn’t a lot of space indoors to maneuver with so many people, and I ended up gaining 20 pounds (9kg).

Living in a house, I feel like I have more space to move around and breathe. Having my own room and being able to more easily stretch my legs has done wonders for refocusing on my physical well-being.

Cooking is much easier at the house, and I don’t need to make as many trips to the store

Our RV only had a small fridge and very limited cabinet space, which meant we had to make more frequent trips to the store because we couldn’t fit much. The stove was also tiny, and there wasn’t any counter space to prep meals.

Because of all this, we ended up eating out a lot.

But with two fridges and a deep freezer in the house, we have more than enough food at any given time. Being able to cook when I want has greatly helped me get my health back on track.

I actually saw my neighbors more at the RV park

When you spend a lot of time in an RV park, you have ample opportunity to get to know the people around you because you’re all within a yard’s distance of one another. You’re part of a community, and you meet a bunch of people from various walks of life.

But living in a house, everything feels so quiet. I have no clue who my neighbors are and what they’re doing at all hours of the day.

The introvert in me loves the seclusion, but things felt a little lonely at first.

But I enjoy putting down roots in my local community

Going from my apartment in NYC to a camper with my parents, I felt a bit like I lost everything I was building.

Given the nature of nomadic living in an ongoing pandemic, I felt no ties to where we ended up in Florida, and I didn’t try to make friends.

When we first moved to South Carolina, I didn’t expect to be there for long, but now I could see myself sticking around. Having a more permanent base helps me plan for the future.

I never thought I would miss being cramped together with my family. Don’t get me wrong, they were annoying at times, and I probably was, too, but I’d also never felt closer with them.

Living in a house, we’re all a bit more scattered. We have rooms that we can go and hide away in.

We all gather in the living room and wind up at the kitchen table in the evenings, but those close moments feel fewer and farther between.

Living in a house is more expensive than the camper

There’s an upside to downsizing, which is why so many people do it. So when you’re transitioning back, some of the financial changes can be brutal.

For one, utilities and power are higher living in a house than a camper. Air conditioning also requires more watts to properly cool down a house in the middle of a South Carolina summer.

I’m not saying you can’t own a pet in a camper – our neighbor and her chihuahuas from hell are testaments to that – but it’s difficult owning a dog when you’re living the nomad lifestyle, especially when you already feel like a couple of cramped sardines.

Living with your parents is already a hard enough sell in the dating world, so living in a camper with your whole family was nearly impossible.

I tried online dating, mostly out of boredom, but didn’t have much luck.

It’s just easier for me to date living in the house because I have my own space and privacy. Plus I don’t have to worry about the awkward conversation of telling my potential soulmate I sleep on a kitchen table that converts into a bed.

My bed at the house was too soft at first

When I was in the RV, I used to dream about sleeping on a proper bed again. I imagined how soft it would feel as I drifted off.

But now I wondered how I spent so many years sleeping on a marshmallow. My new bed at the house felt too soft, like I was sinking into a foam pit.

All those months of sleeping on what was practically a board conditioned my back, so transitioning to a proper bed took some getting used to.

Moving meant I finally had access to high-speed internet again

In the RV, we were mostly in a part of Florida that didn’t have fiber optics, so the campsite’s internet barely functioned during much of my stay.

As a remote writer, I needed the internet to do my job, so I often depended on my mobile hotspot until I hit the data cap for the month. Then I would sit outside of a closed library in the car, working until my battery died.

Finally getting high-speed internet again at the house was a godsend.

I have a greater sense of wanderlust

Growing up, I always dreamed of owning an RV and striking out across the country, and for a little while, I got to accomplish that.

As much as I enjoy all the extra space in the house, there’s something special about being free to just hit the road. 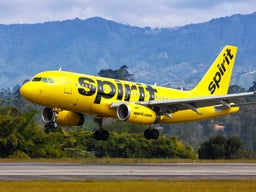