Republican Gov. Ron DeSantis on Tuesday opened the door to passing a ban on abortion 15 weeks into a pregnancy.

“Having protections is something that makes a lot of sense,” he told reporters who asked him about a 15-week abortion ban at a press conference following his State of the State Address.

He didn’t endorse a particular bill, however, saying that “a lot of pro-life legislation” would be introduced in the legislature and that “we are going to be welcoming it.”

The State of the State Address kicks off a 60-day session in Florida, a time when lawmakers have to pass a state budget and work to pass new laws.

Two lawmakers on Tuesday introduced 15-week abortion bans that did not include excemptions for rape or incest but did allow exeptions for fatal fetal abnormalities or when a pregnancy would cause “irreversible phyiscal impairment.”

If Florida were to pass an abortion ban it would follow in the footsteps of Mississippi, whose 15-week ban is currently before the Supreme Court. Abortion rights defenders are worried it will chip away or overturn the Supreme Court’s 1973 Roe v. Wade decision, which allows abortion until fetal viability, generally understood to be at around 24 weeks of pregnancy.

Another anti-abortion law making its way through the courts, in Texas, bans abortions after six weeks — a time before many women know they’re pregnant — and allows private citizens to sue doctors that provide abortions. DeSantis previously said he had concerns with the lawsuit piece of the law.

DeSantis didn’t call for specific passage of an abortions restriction bill during his address to the legislature. Instead, he focused on promoting adoption and asked the legislature to increase funding for foster care parents.

“We have an opportunity to strengthen protections for the right to life, without which the other rights mean little,” he said. “Protecting life does not end with the unborn.”

But he was asked about abortion restrictions after his formal speech, suggesting he thought a 15-week ban “makes a lot of sense” because “you have really serious pain and heartbeats.”

Anti-abortion groups have pushed for stricter time limits at the state level in hopes that they can chip away at Roe. But in Congress under former President Donald Trump, abortion foes tended to focus their efforts on pushing for 20-week bans knowing polling, including from Gallup, shows most people support limiting abortions that happen later in a pregnancy.

Advocates of 20-week bans say a fetus can feel pain at this stage, while advocacy groups and doctors who support abortion rights have said this is false. 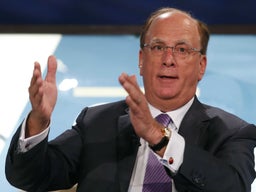