Dennis Rodman may be best known for his off-court antics, but the eccentric Chicago Bulls forward worked incredibly hard to be ready for gameplay.

So hard, in fact, that it sometimes came at the expense of his teammates. During the third and fourth episodes of “The Last Dance” – ESPN’s docuseries about Michael Jordan and the 1997-1998 Bulls – viewers learned about Rodman’s midseason personal vacation to Las Vegas. After Jordan went to Las Vegas to pull Rodman out of a hotel room and get him to practice, head coach Phil Jackson’s mission was “to get Dennis back in shape.” Jackson put the whole team through conditioning drills to help Rodman prepare to rejoin the team.

“So I’m saying, ‘Well f—, this is kind of messed up,'” Jordan recalled. “Because now I’m getting caught up in the Dennis get-in-shape drill when in essence, I hadn’t taken a vacation.”

They did an “Indian drill,” according to Jordan, an exercise in which teammates run together in a line and the person in the back is required to sprint to the front. A blow of the whistle by Jackson was the cue for the person in back to sprint. The player at the front of the line was responsible for setting the overall pace, which determined how difficult it would be for the player in the back to catch up.

“So I tell everybody in that group, ‘Look, whoever gets in the front of that row, slow down to a f—in’ walk,'” Jordan said during episode four of “The Last Dance.” “‘We’re just going to jog and jog and jog and jog.'” 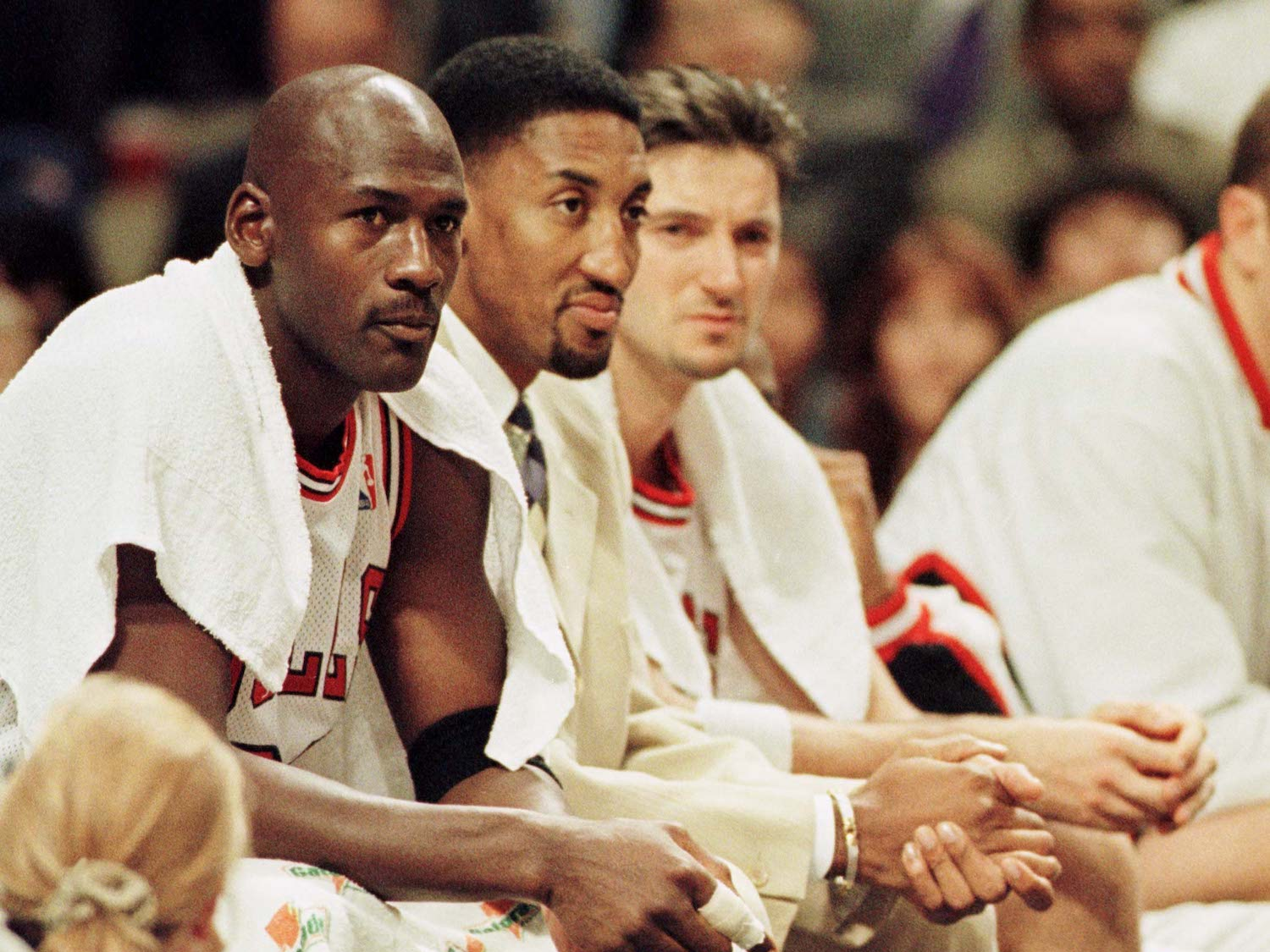 Jordan said many of his teammates, like Steve Kerr and Jud Buechler, ran slowly once they reached the front. Rodman, however, apparently missed the memo.

“Dennis takes off – boom,” Jordan said, adding that Jackson “blows the whistle, now we cannot stop until we get back in front of Dennis – it took us four laps to catch up to Dennis.”

Though Rodman was undoubtedly a maverick and often attracted attention from the public and the press over his quirky persona, Jordan acknowledged that the seven-time rebounding champion was consistent in his preparation and on-court efforts.

“In all honesty, Dennis was always there,” Jordan said. “He was always on point.”