Denmark is starting to open schools, but some parents are rebelling ReutersSome students in Denmark returned to school earlier this month, but some parents are against the decision.

About 1.3 billion students across the globe have been affected by school closings due to the coronavirus pandemic. In Denmark, some students and teachers are heading back to the classroom, but many parents are opposed to the decision.

Danish students – up to fifth grade – returned to school on April 15, igniting a debate as to how to balance children’s safety with pressure to return to some semblance of normalcy. To some parents, Prime Minister Mette Frederiksen‘s decision to have children return to school in phases, with the youngest starting first, has been cause for concern, since it could put their health at risk. But Frederiksen defended the decision, saying it would allow parents to return to work and “get the economy going again,” according to the Guardian.

While some families are relieved to have their children’s learning and daily routine reinstated, others are not and have decided to keep their children home until the pandemic’s risks subside.

“I won’t be sending my children off no matter what,” Sandra Andersen, founder of a Facebook group, “My kid is not going to be a Guinea Pig,” whose members are against opening up schools, told Reuters.

The group has more than 40,300 members. Many are worried that social distancing and strict hygiene measures will not be enough to stop their children from contracting COVID-19, the disease caused by the coronavirus. 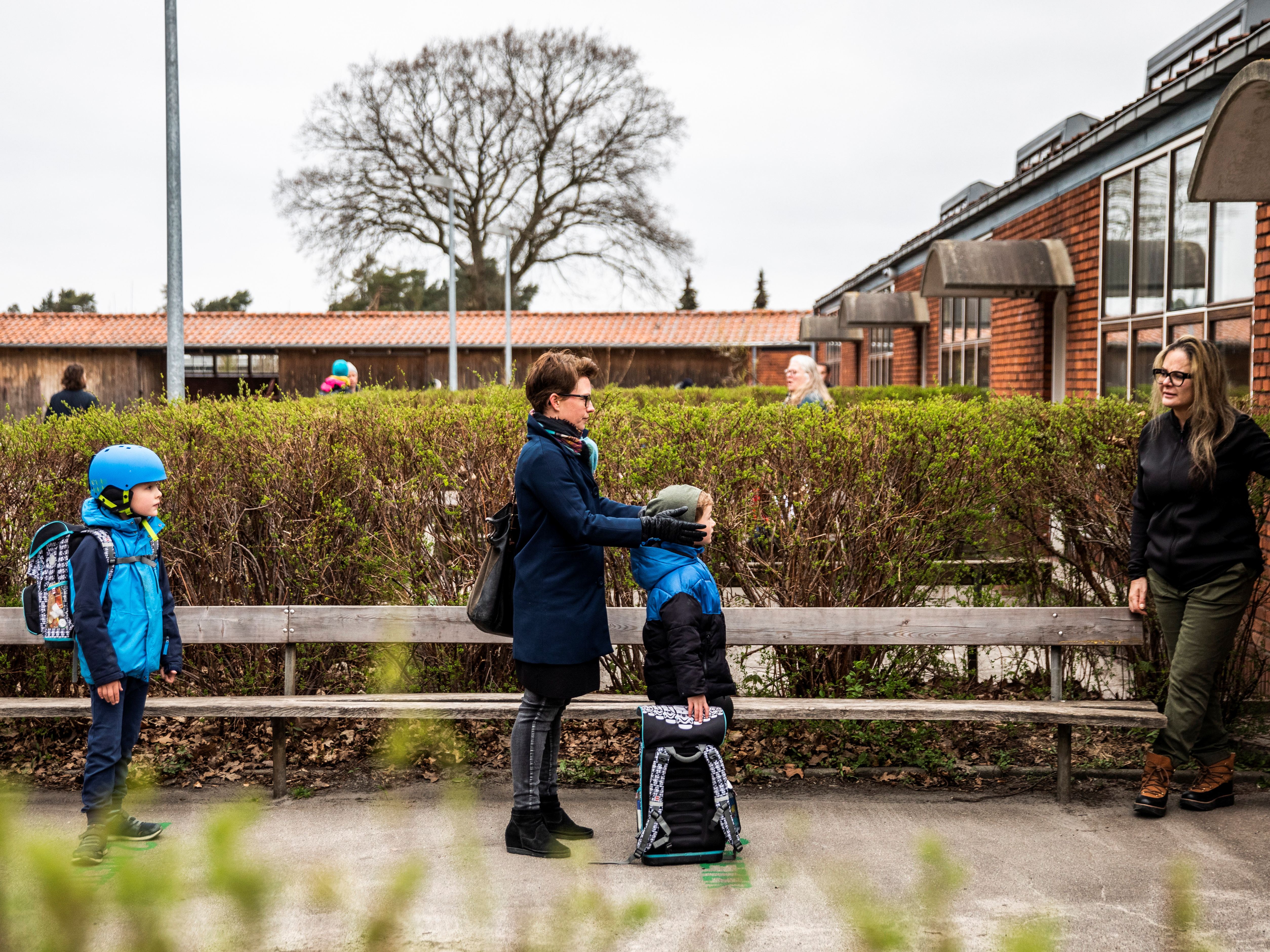 ReutersAbout 1.3 billion students around the world have had their studies interrupted.

Students who went back to school returned to classrooms that were adjusted to protect against the pandemic. The desks were spaced six feet apart, and some lessons were being conducted in gymnasiums and outside, Business Insider reported.

Students are required to wash their hands at least once an hour, and they are allowed to play only in small groups. Parents are no longer allowed inside school buildings. 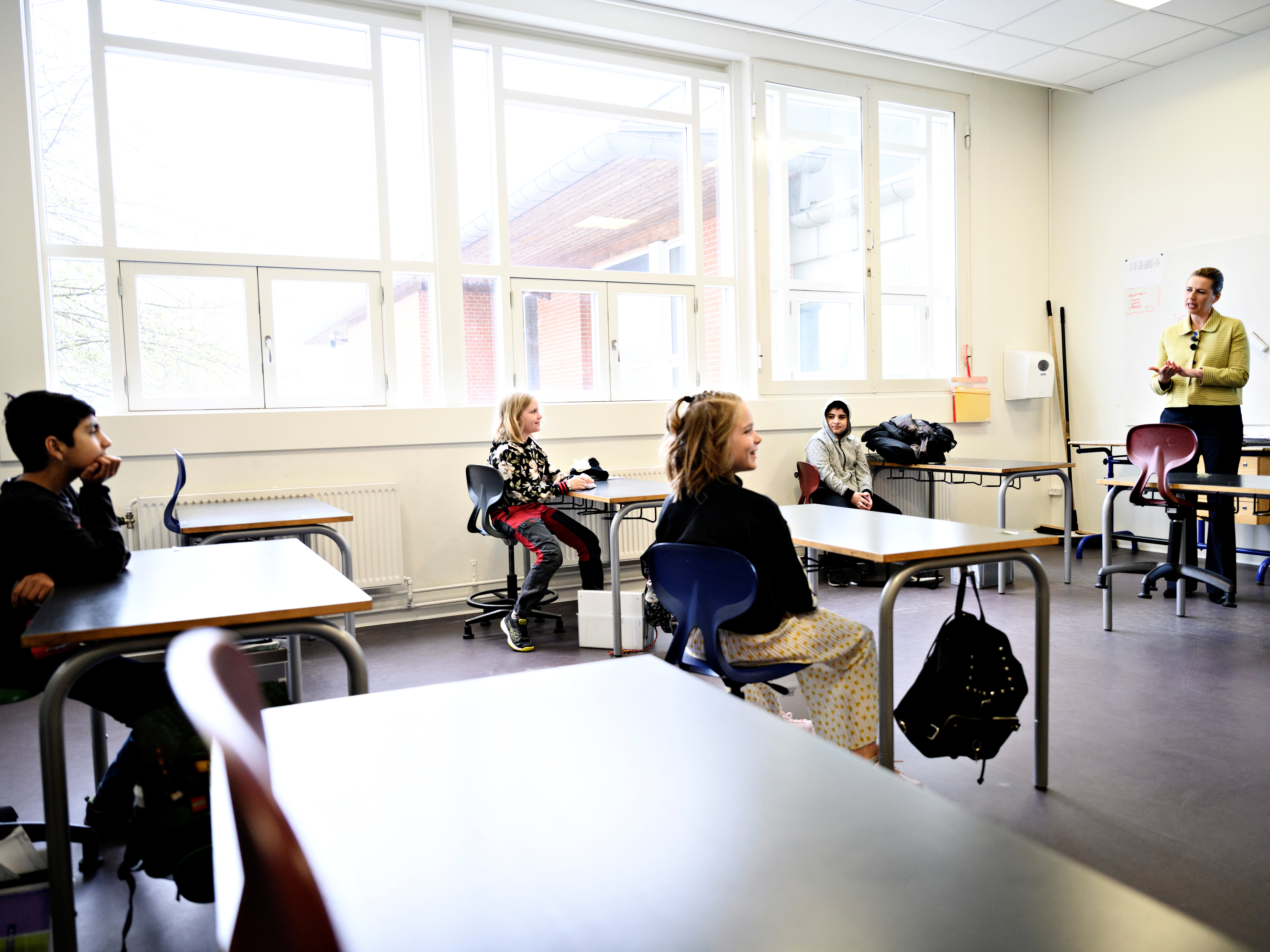 ReutersDanish Prime Minister Mette Frederiksen speaks with pupils as she participates in the reopening of Lykkebo School in Valby on April 15, 2020.

Part of the reason why officials and some parents feel confident sending children back to school is that they appear to not spread the disease as much as older people do.

To halt the spread of the coronavirus, workplace closures were found to be more helpful than school closures, according to a study published this month in the Lancet and a separate paper published by the Organisation for Economic Cooperation and Development.

Denmark was also able to ease up on restrictions due to the precautions the country took early on. The country went into lockdown early. When the prime minister made the announcement, only Italy was on lockdown at that point, the Independent reported. No one in Denmark had died and the country had about 500 confirmed cases.

Over the course of a month, Denmark had 355 deaths and 7,711 cases. The UK had 16,000 deaths and 120,000 cases. The hospitals were never overwhelmed and the infection curve has been flattened. 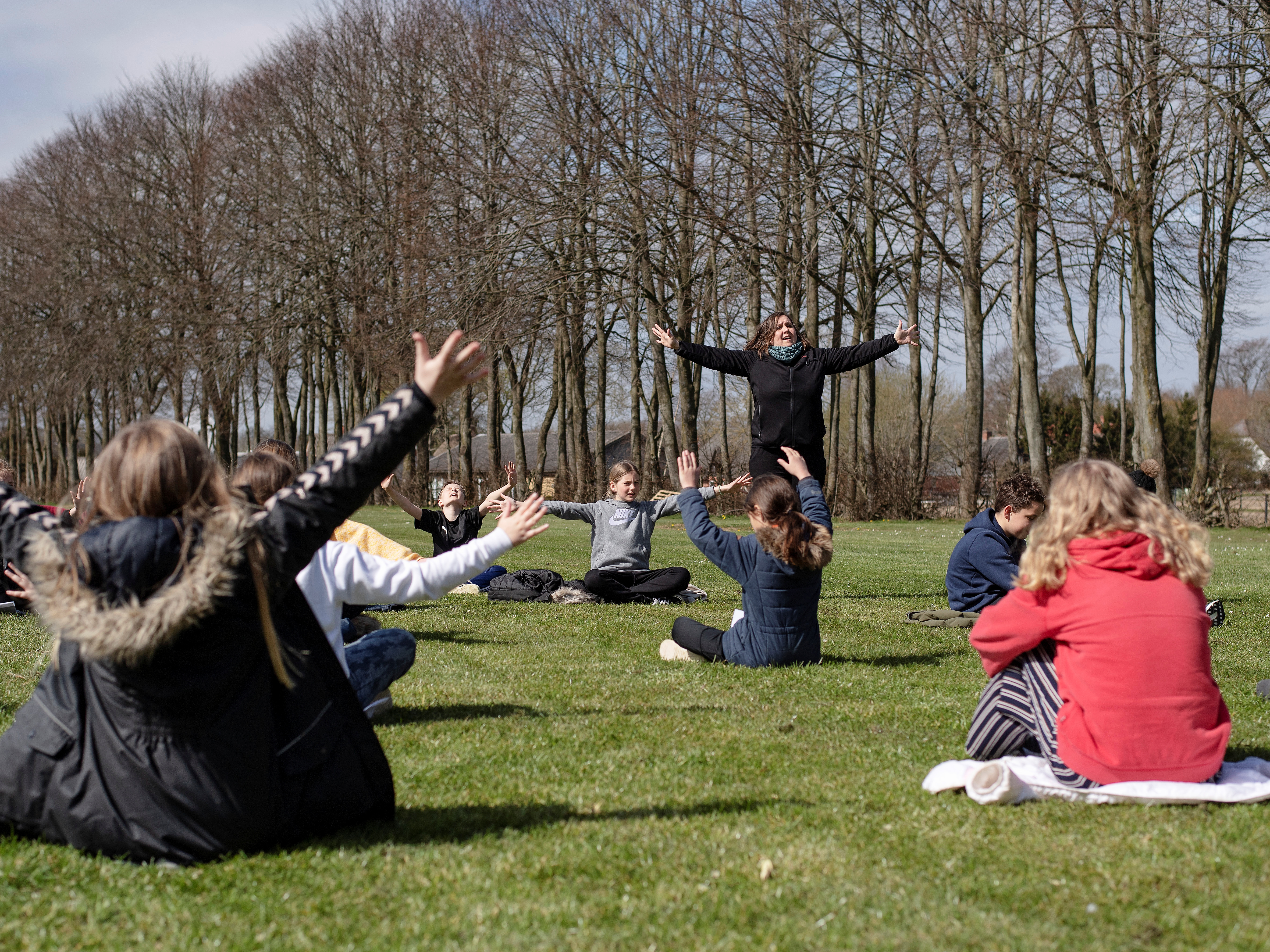 ReutersRebekka Hjorth holds a music lesson outdoors with her class at the Korshoejskolen school in Randers on April 15, 2020.

Schools in other countries are unlikely to open anytime soon.Many schools in the US, for example, have closed for the rest of the year, affecting approximately 45.1 million public school students in the country, according to Education Week. Schools in New York, Montana, Wyoming, Connecticut, New Jersey, and Maryland have not closed for the academic year, but still could depending on a variety of factors.

Allan Randrup Thomsen, a professor of experimental virology at the University of Copenhagen, told CNN that while he thinks that it’s possible to begin opening schools in Denmark, it’s still a risk, and there still could be an uptick in cases once children and teachers begin congregating again.

“(Students are) a relatively large group of people – about 10% of the Danish population – and one that is difficult to control in terms of social behaviour and hygienic precautions,” he told CNN. “The institutions have done a lot to reduce risk but whether that will work is something we will probably see in the next two weeks or so.”