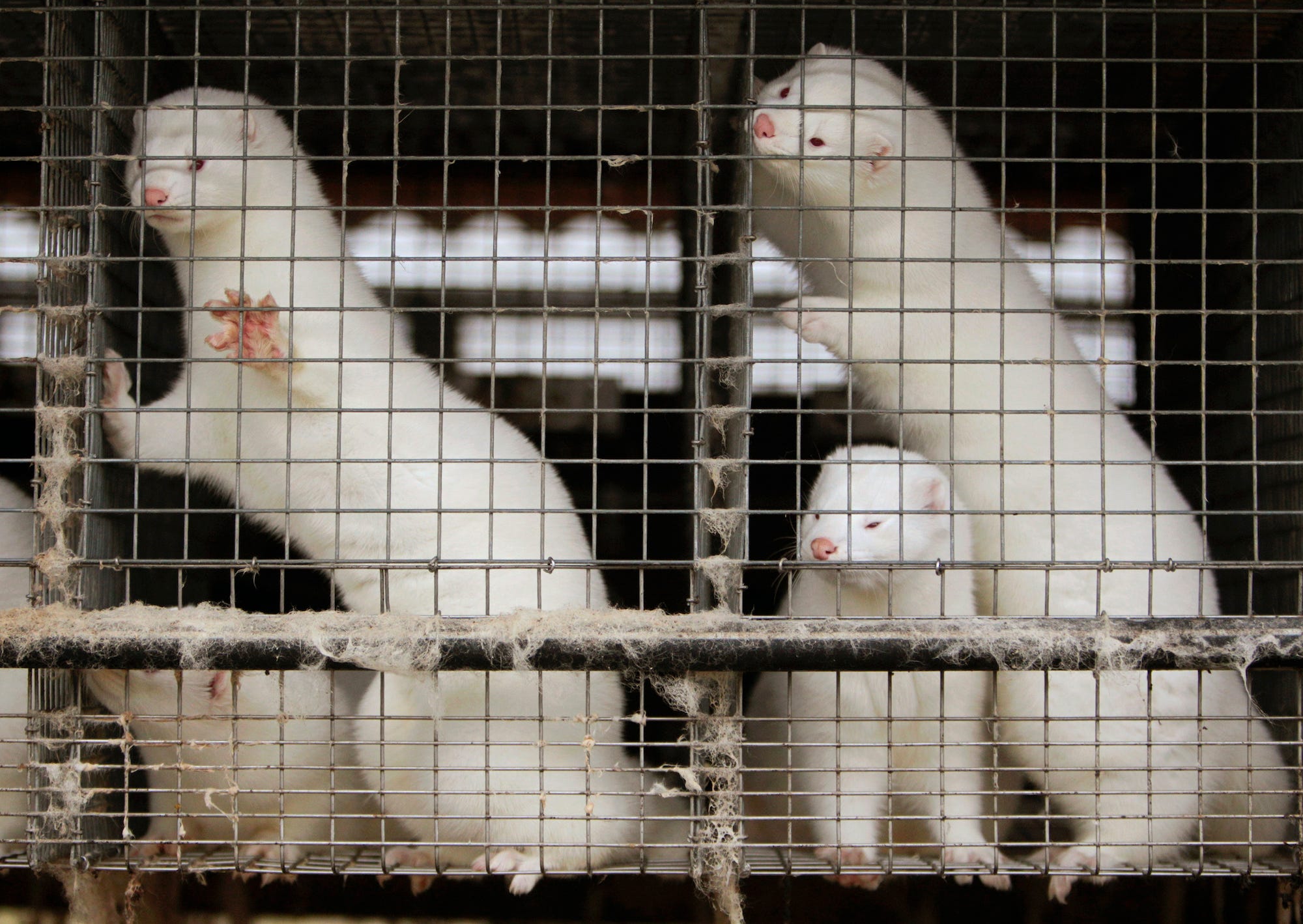 Vasily Fedosenko/ReutersMinks look out of their cage at a fur farm near the town of Kalinkovichi, southeast of Minsk in Belarus

Denmark will cull its entire mink population â€” up to 17 million animals â€” after scientists found some were carrying a mutated strand of COVID-19 that the government fears could “restart” the entire global pandemic.

The new strain, which originated on mink farms, has infected at least 12 people, the Danish government said, quoting research from the country’s infectious disease authority the State Serum Institute.

The country’s prime minister said the new strain could “undermine” the impact of a future COVID-19 vaccine.

The scientists have observed cases of the virus in mink farms in Jutland, northern Denmark, for several months, but the cases are now spreading rapidly among humans.

In total, almost 400 human cases appear to be linked to the country’s mink farms, the government said.

“The virus has mutated in mink. The mutated virus has spread to humans,” Prime Minister Mette Frederiksen said at a press conference Wednesday.

The mutated virus could mean “the effect of a future vaccine will be weakened or, in a worst case scenario, be undermined,” she said.


Read more:
There are 12 coronavirus tests you can use from home. Here’s how they work and where to order one.

Denmark will deploy its police, army, and home guard to cull the animals. As one of the world’s biggest producers of mink fur, Denmark has at least 1,200 mink farms, and up to 17 million of the animals.

The culling could cost the country up to 5 billion kroner ($US785 million), according to government estimates.

“We have a great responsibility towards our own population, but with the mutation that has now been found, we have an even greater responsibility for the rest of the world as well,” Frederiksen said.

The new mutation “can have serious negative consequences for the global handling of the pandemic,” she added.

In a “worst-case scenario, the pandemic will restart, this time in Denmark,” the country’s top epidemiologist Kare Molbak, director of the State Serum Institute, said during the Wednesday briefing.

Scientists have found COVID-19 cases in almost 20% of Denmark’s mink farms, Frederiksen said, and added that it had already culled thousands of the animals since June.

Denmark isn’t the only country to cull minks during the pandemic to curb the virus’ spread.

Spain killed 100,000 minks in July after the virus was found in a farm in the north of the country, and the Netherlands also killed tens of thousands.