Ancient tools and DNA discovered in a Tibetan cave shed unprecedented light on humans' most enigmatic ancestor, the Denisovans 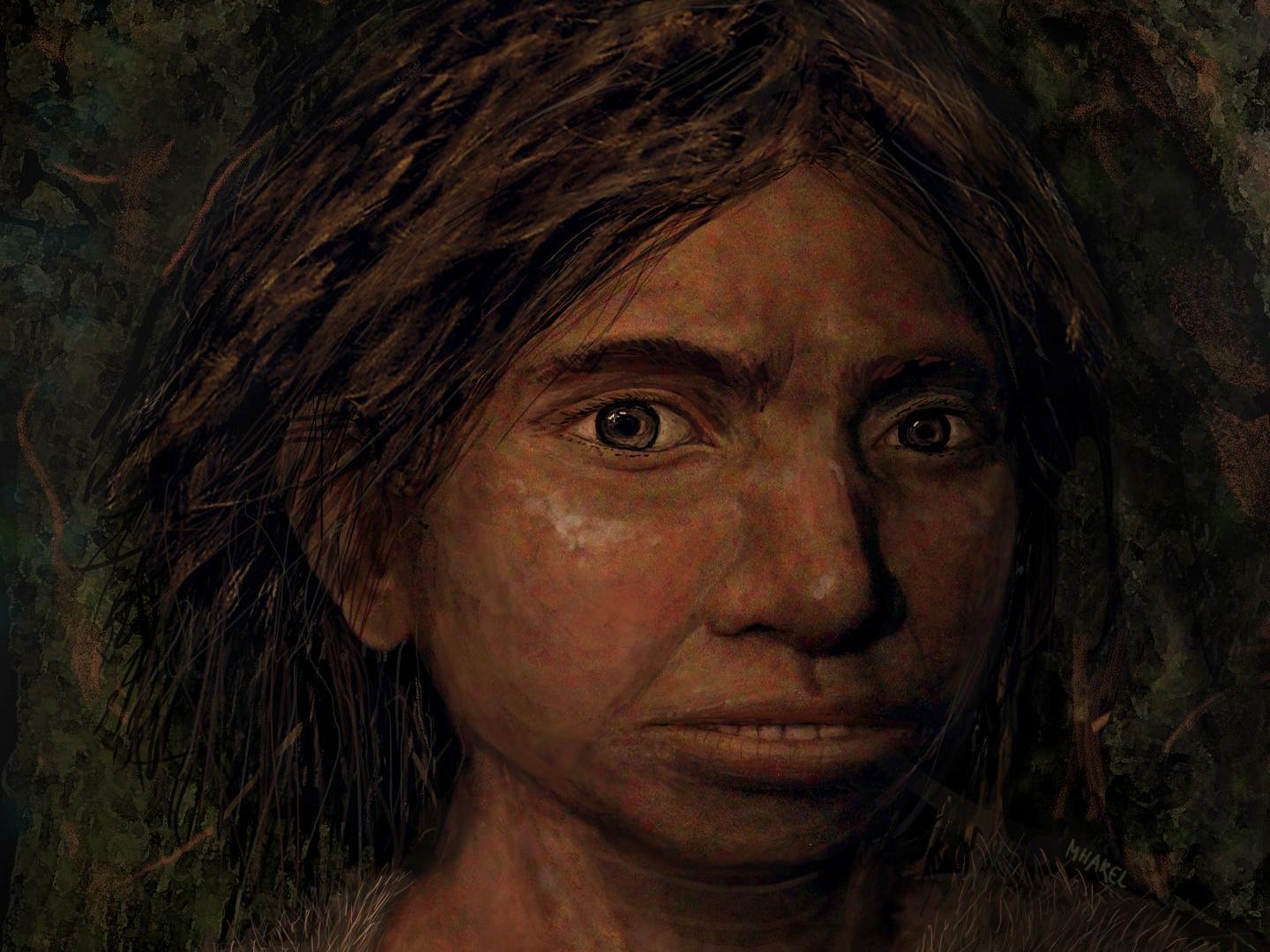 Maayan HarelA portrait of a juvenile female Denisovan based on a skeletal profile reconstructed from ancient DNA.

Forty years ago, a Tibetan monk wandered into the holy Baishiya Karst Cave and stumbled across a jawbone.

The accidental discovery was the beginning of an anthropological mystery whose solution has shed new light on humans’ most enigmatic ancestor.

Scientists hypothesised that the bone came from a Denisovan, an early human species related to Neanderthals. But Denisovan remains had been found only in Siberia’s Denisova Cave, more than 1,400 miles away.

Anthropologists couldn’t detect any DNA in the jawbone fossil, and without genetic proof, there was no way to be sure who the bone came from.

But this year, researchers returned to Baishiya Karst and were finally able to collect ancient DNA â€” not from bones, but from the cave floor. Their findings, recently published in the journal Science, showed that the jawbone did indeed come from a Denisovan. They also found that these ancestors thrived in Tibet’s harsh, high-altitude environment.

Kira Westaway, an archaeologist from Macquarie University in Australia who was not involved in the study, told Business Insider that the discovery put “a lot more ‘meat’ on the bones of the Denisovan story.”

It sheds light on “the nature and length of their occupation, their ability to adapt to high-altitude locations, their behaviour and survival capabilities in the hostile environments of the Tibetan Plateau,” Westaway added.

Denisovans occupied the cave for 100,000 years Dongju Zhang, Lanzhou UniversityThe opening of the Baishiya Karst Cave on the Tibetan Plateau is about 16 feet high and 23 feet wide.

When researchers dug into the frozen ground of Baishiya Karst in February, they found remains of gazelles, foxes, and rhinos, along with stone tools.

“Similar to a CSI crime scene, human DNA from blood, sweat, and skin cells can be found everywhere that humans occupy,” Westaway said. “And the freezing-cold climate of the Tibetan Plateau is the perfect environment for DNA preservation.”

Genetic analysis revealed that the DNA was Denisovan, since it matched genetic markers from the bones found in the Denisova Cave. That confirmed that the jawbone discovered in 1980 was “the first skeletal evidence of Denisovans outside of Denisova Cave,” Westaway said.

Anthropologists determined last year that the jawbone was 160,000 years old.

Denisovans, it seems, lived on this part of the Tibetan Plateau at least 120,000 years before modern humans showed up. They were able to survive at altitudes of more than 10,000 feet. Temperatures on the plateau when they were there could have hit a bone-chilling negative 22 degrees Fahrenheit. 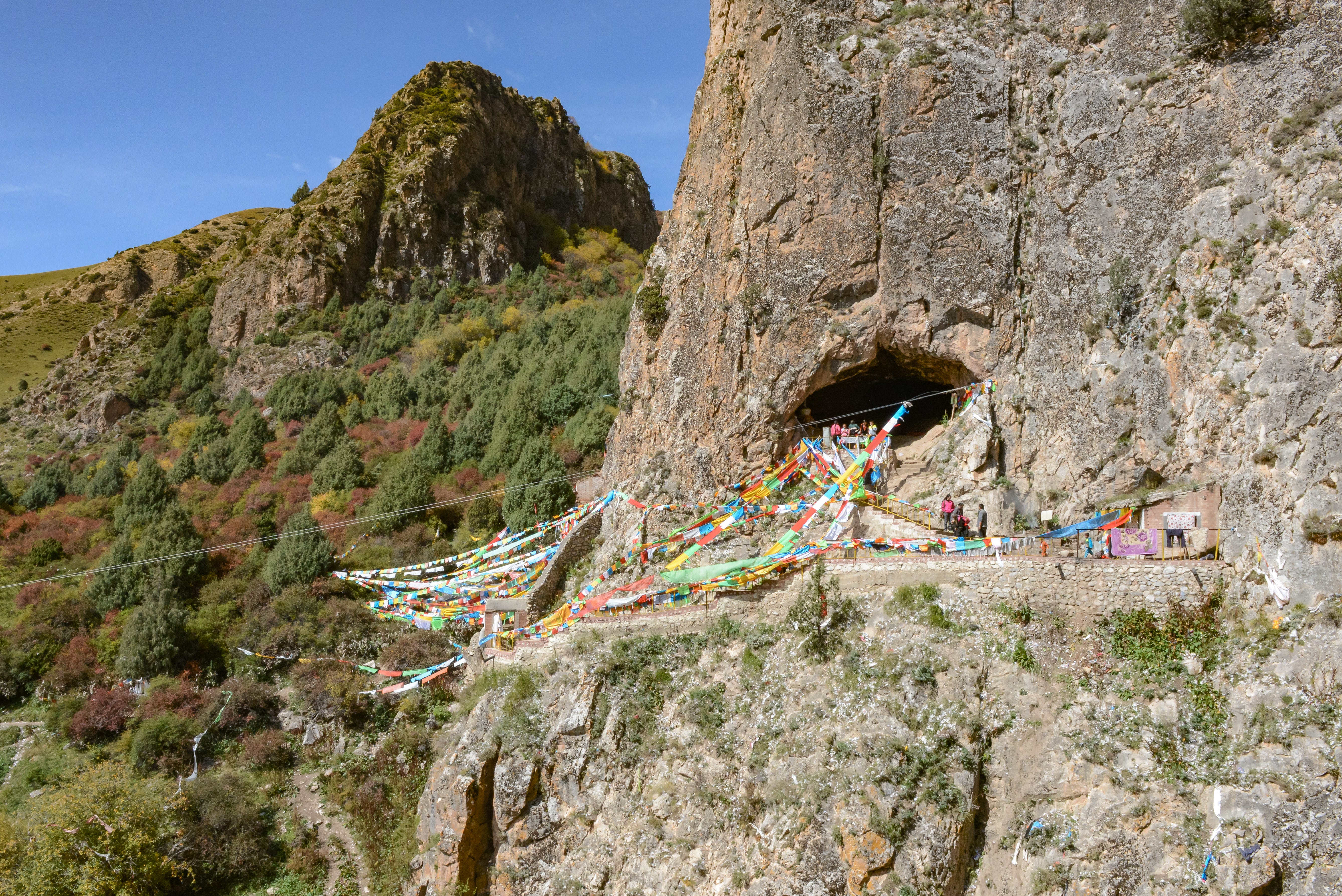 Denisovans disappeared about 50,000 years ago, but their DNA can be found in the genes of modern humans across Russia, eastern Asia, and some Pacific islands. Researchers have said that up to 5% of modern Papua New Guinea residents’ DNA shows remnants of interbreeding with Denisovans.

Usually, when humans reach high altitudes (where oxygen levels are lower), our bodies make more hemoglobin, the protein in red blood cells that helps carry oxygen from the lungs to the rest of the body. But too much hemoglobin can make it harder for the heart to pump blood. That can lead to mountain sickness and heart attacks.

Many Tibetans don’t experience this issue, however, because their bodies don’t make that extra hemoglobin. Instead, their DNA contains a gene called EPAS1 that prevents that blood-thickening process. That gene comes from Denisovans.

The idea that modern Tibetans owe their unique adaptation to oxygen-scarce environments to ancient human interbreeding with Denisovans was introduced in a 2014 study. The discovery of the Denisovan jawbone and DNA in Tibet adds credence to that line of thinking. 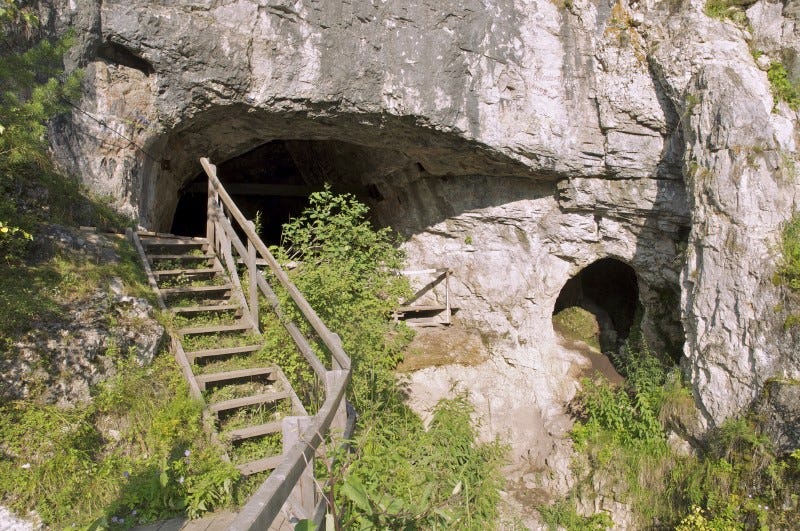 Bence Viola/Max-Planck-Institute of Evolutionary Anthropology/ReutersThe entrance to the Denisova Cave in the Altai Mountains in southern Siberia, near the Russia-Mongolia border.

Denisovans are distant cousins of Neanderthals, but anthropologists have unearthed far more bones from the latter group. Until the jawbone discovery, the only Denisovan fossils that scientists knew of were a tiny finger bone, three teeth, and fragments of a skull and jaw from Siberia. 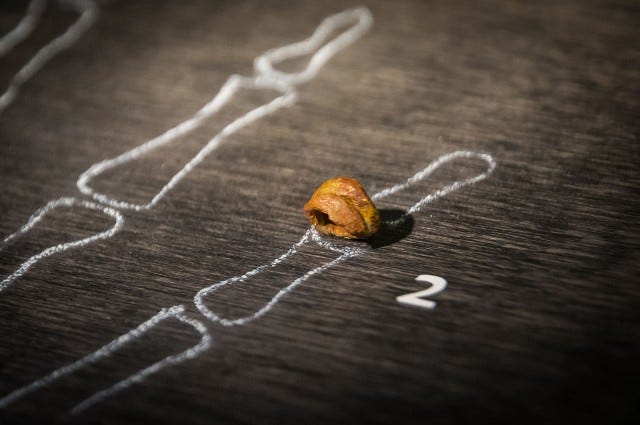 Thilo Parg via Wikipedia Commons CC-by-SA3.0Much of what we know about Denisovans comes from this partial finger bone.

But DNA evidence suggests Denisovans were prolific across Asia, passing along their genetic makeup to Homo sapiens tens of thousands of years ago.

The lack of Denisovan bones also makes it difficult to separate this ancestor from other ancient humans in the fossil record.

But as researchers discover more places where Denisovans once lived, identifying their fossils could get easier.

“It could even be that Denisovan fossils are sitting in museums across the world,” Mike Morley, a geoarchaeologist from Flinders University, told The Sydney Morning Herald. “We simply don’t know what a Denisovan fossil looks like.”