Top Democrats fear Trump and his staff will shred documents, withhold important information and delete official emails on the way out if Biden wins the election. Here's what they plan to do to stop it 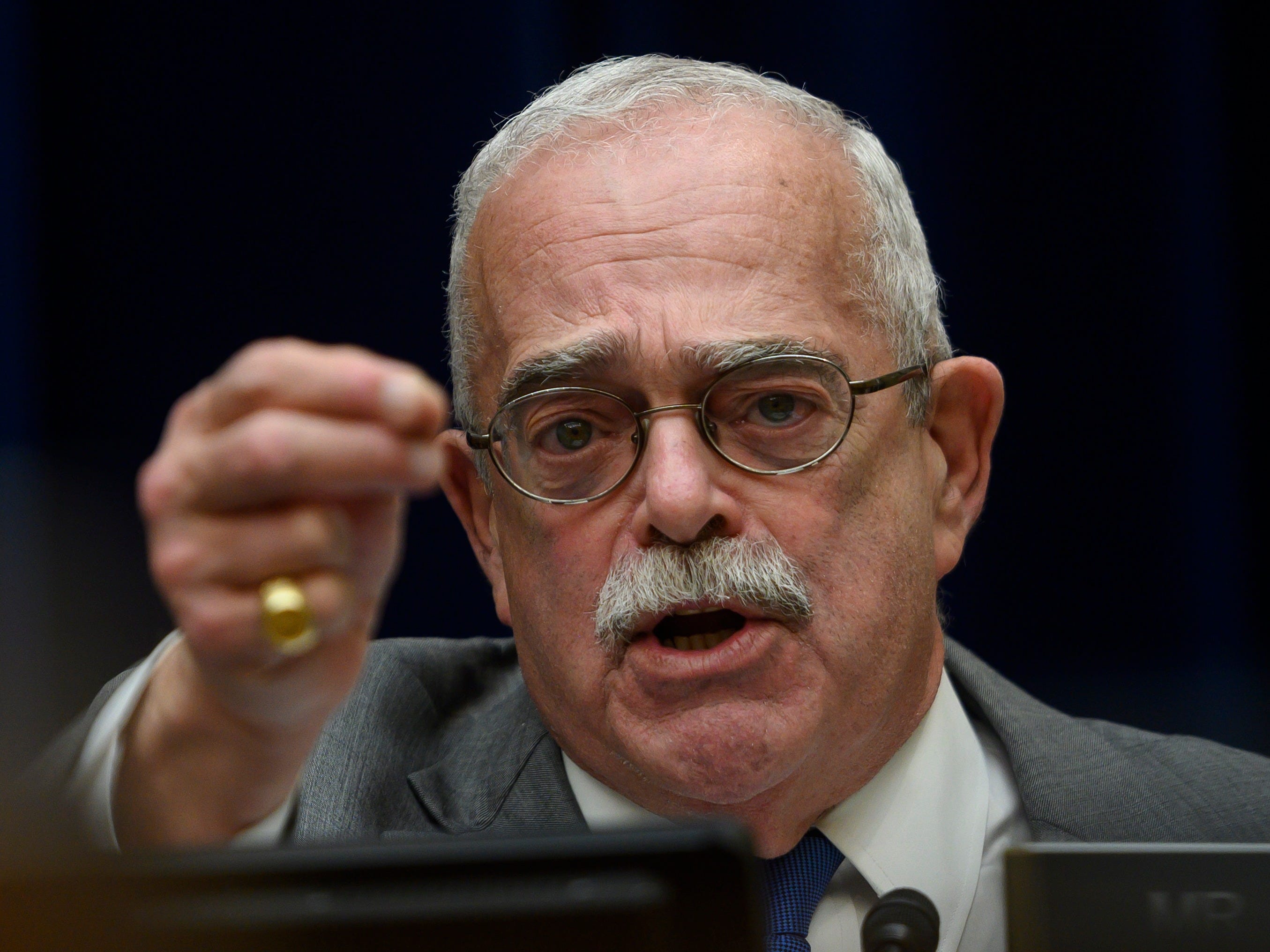 Photo by ANDREW CABALLERO-REYNOLDS/AFP via Getty ImagesGerry Connolly, a Virginia Democrat who chairs a House Oversight panel on government operations says he fears President Donald Trump and his staff could withhold crucial documents if Joe Biden wins the White House.

Top Democratic watchdogs in Congress are worried that President Donald Trump, his staff, and cabinet officials could withhold critical documents, delete emails, and refuse to cooperate with an incoming transition team if Joe Biden wins the White House in November.

That’s all illegal, but senior Democrats have watched as the president and his team have repeatedly rejected their attempts at congressional oversight, and are warning that an outgoing Trump administration might defy the laws that require the preservation of government documents.

The Democrats have already got a preview of what they fear is to come: The Trump White House has so far failed to respond to numerous document requests and prevented administration officials from testifying before Congress on contentious issues. Trump’s critics on Capitol Hill say the administration’s stonewalling – the issue was a driving force behind one of the two articles of impeachment against Trump adopted by the House last December – is unprecedented.

“If there’s a transition – and I pray to God there is this year – it’s hard to see it going smoothly,” said Rep. Gerry Connolly, a Virginia Democrat who chairs a House Oversight panel on government operations.

The presidential election is still three months out but Democrats already want to send clear warnings to Trump and his allies that anyone who illegally destroys records during a presidential transition could face prosecution. Over the longer term, they’re preparing to launch a vast effort to rein in the executive branch.

“Trump has proved ‘if there’s a hole in the net, I’m going to drive right through it,'” Connolly said.

The 1963 Presidential Transition Act lays out the roadmap for the transfer of power from one administration to another, and federal law also makes it illegal to destroy certain government documents. Earlier this month, the Trump administration sent a report to congressional watchdogs indicating it’s preparing for a possible government handover in January.

David Marchick, director of the Centre for Presidential Transition at the good-government advocacy group, the Partnership for Public Service, told Insider earlier this month that those documents show the Trump administration appears to be taking the implementation of transition laws seriously.

But Connolly and two of the other top Democrats on the House Oversight and Reform Committee told Insider that they’re worried the administration might break the law.

“I am concerned specifically about whether the White House is taking appropriate steps to preserve the records of President Trump, Vice President Pence, and senior White House aides and to transfer those records to the National Archives and Records Administration,” Oversight Committee Chairwoman Carolyn Maloney, a New York Democrat, said in a statement. 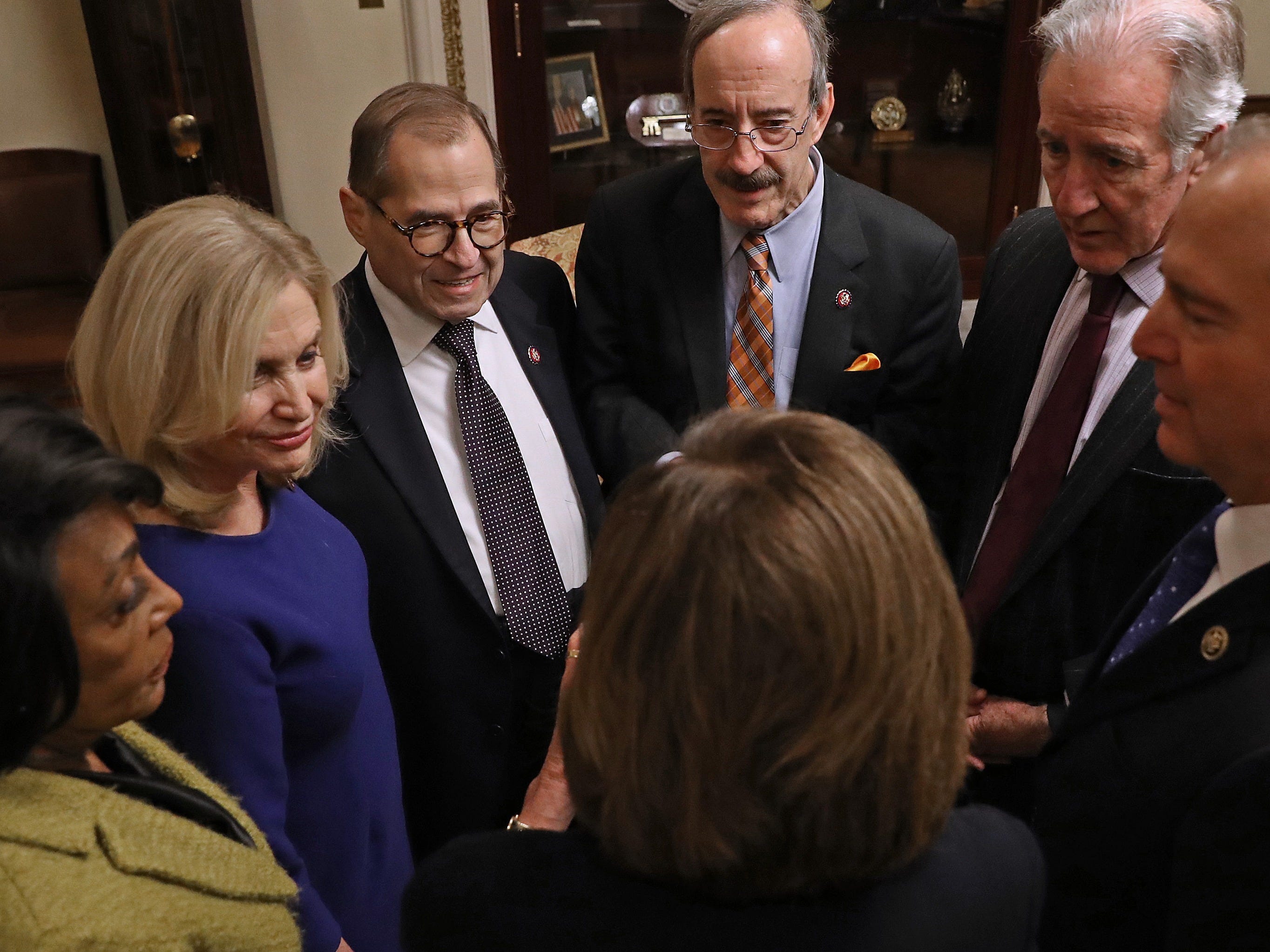 ‘We are not dealing with the most law-abiding administration here’

“We are not dealing with the most law-abiding administration here,” Raskin said. “These are people who have no problems suppressing and destroying evidence, so we need to figure out a way to freeze the picture so that documents are not shredded on the way out the door.”

On the campaign trail in 2016, Trump assailed Hillary Clinton for using a private email server during her time as President Barack Obama’s secretary of state. But Trump administration officials – including advisers Ivanka Trump and her husband, Jared Kushner – have since come under fire for using personal email accounts and messaging services like WhatsApp for government business.

Republicans and Democrats alike on the House oversight panel warned the Trump administration in early 2017 that they’d be closely monitoring compliance with laws that require the preservation of presidential records and other federal records.

“The Committee issued a subpoena in July 2019 for emails and texts sent or received by senior White House officials on personal accounts relating to official business and the White House has refused to comply,” Maloney told Insider.

A senior Trump administration official told Insider in an email that it is “beyond laughable that these Democrats who defended Hillary Clinton’s destruction of public records and use of a private server for classified information would have the audacity to raise any concern about preserving records.”

Government officials have previously gotten into trouble for deleting records during the waning days of a presidential administration.

In 2003, the Environmental Protection Agency was held in contempt for violating a court order after officials destroyed hard drives and deleted emails toward the end of the Clinton administration, The Washington Post reported at the time. The EPA had to pay for legal bills, but former Clinton officials weren’t personally held in contempt.

But Trump’s critics warn that transition problems could be more serious and widespread under the watch of a president who was impeached by the House last year on charges that he obstructed Congress and abused his power. His refusal to cooperate with Congress was one of the reasons the House voted to remove him from office; the other reason was based on allegations the president sought help from the Ukrainian government to aid his reelection in November.

“I would be worried about preserving documents involving policies during this four-year period, and email chains and internal communications,” Connolly said. “All of that potentially is at risk.”

House Democrats should send a clear signal, Connolly added, that “if we find violations of the law, people will be prosecuted whether they’re in office or out of office, they will be held accountable. I think that’s an important message.”

Expect congressional Republicans to continue their staunch defence of Trump, even if he’s no longer in office come January.

“House Democrats have no governing agenda beyond targeting President Trump out of personal disdain for him and his supporters,” said Kentucky Rep. James Comer, the top Republican on the oversight panel. “We saw this sad reality on full display when they immediately set out to impeach him upon taking the majority.”

‘Trump has exposed the weaknesses’

Beyond a presidential transition – if there is one later this year – congressional Democrats want to beef up their power in the wake of Trump’s predicted defiance.

It’s unclear how much appetite a Biden team would have to sign legislation aimed at reining in the power of the executive branch, but it would undoubtedly face broad pressure from Democratic lawmakers and many on the left to ensure that future presidents can’t similarly snub attempts at oversight.

“I don’t think we’ve ever had a situation like this, where the current administration has effectively stonewalled basically all congressional oversight and has engaged in flagrant abuses of power and corrupt practices,” said Kurt Bardella, who was an aide to former House Oversight Chairman Darrell Issa, a California Republican.

Bardella, who is now a Democrat, is a senior adviser to the Lincoln Project, a political action committee led by current and former Republicans who oppose Trump.

The Centre for American Progress, a liberal think tank based in Washington, published a report this month urging the next administration to investigate Trump and his team.

“Whenever the Trump administration ends, there may be good-faith concerns that addressing the administration’s misconduct will be too divisive, set a bad precedent, or lead to political pushback from the administration’s supporters,” the report says. “But the lesson from the past four years is clear: The absence of accountability is treated as licence to escalate abuses of power.”

During Trump’s impeachment hearings, the White House issued a blanket refusal to cooperate, ignoring subpoenas for documents and testimony.

The issue is much broader, according to watchdogs.

House Natural Resources Committee Chairman Raúl Grijalva lamented at a hearing last September that his committee had made more than 25 formal requests for information or documents from the Interior Department.

“To date, we have only received complete or nearly complete responses to three of them,” he said. “Fourteen of those requests-well over half-have received no substantive response at all.”

In one case, Interior sent the committee a 12,000-page print-out of a blank and “totally useless” Excel table, Grijalva said. The department responded to another document request with 100 pages of unintelligible symbols. An Interior official told the committee that those useless and blank pages were included to avoid the appearance that the department was withholding information.

Lawmakers need to fight back, Connolly said, adding that it otherwise risks “a permanent weakening of our oversight capabilities” both in the courts and in Congress’ ability to enforce its subpoenas.

“No one who becomes president likes congressional limitations on executive power, but we’re coming off a real four years of trauma here and we’ve got to respond to that,” Connolly said. “We have to make rules in the case of the worst-case scenario and Trump has exposed the weaknesses throughout the system and we’ve got to fix it.”