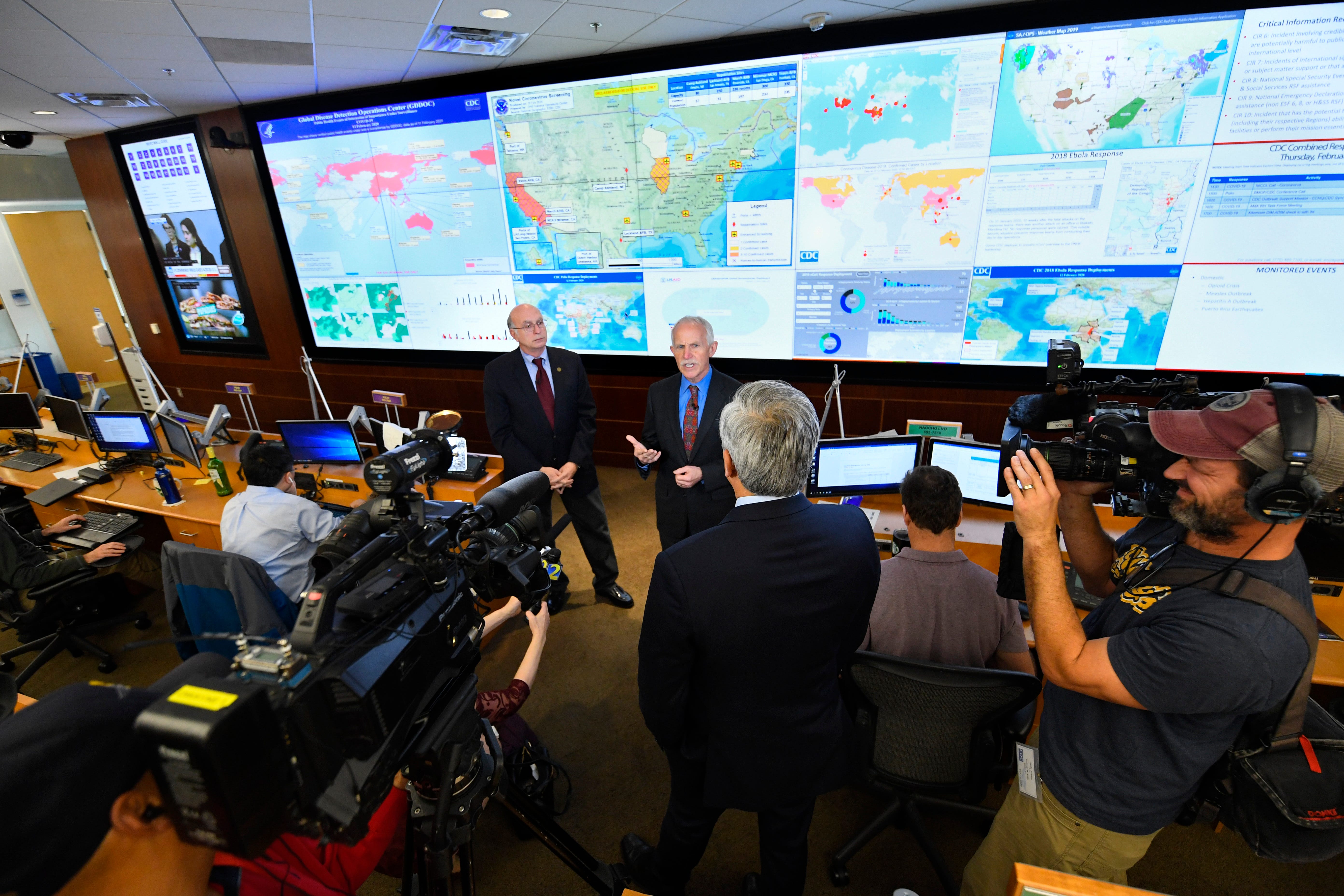 AP Photo/John AmisJay Butler, Deputy Director for Infectious Diseases addresses the media about response to the 2019 Novel Coronavirusas as Senior Advisor Ed Rouse looks on, at the Emergency Operations Centre inside The Centres for Disease Control and Prevention (CDC), Thursday, Feb. 13, 2020, in Atlanta.

President Donald Trump defended his policy response to the coronavirus on Tuesday, as critics and health officials worried a new emergency spending proposal would not do enough to protect the US from the outbreak.

Trump argued that any White House efforts to contain the coronavirus would draw political fire from Democrats including Senate Minority Leader Chuck Schumer, who called the multibillion dollar spending package “pathetic” on Twitter after it was sent to Congress late Monday.

“Cryin’ Chuck Schumer is complaining, for publicity purposes only, that I should be asking for more money than $US2.5 Billion to prepare for Coronavirus,” the president wrote on Twitter. “If I asked for more he would say it is too much. He didn’t like my early travel closings. I was right. He is incompetent!”

In the request, the Trump administration asked for $US1.25 billion in new emergency funds for preparation and response efforts and outlined plans to divert another $US1.25 billion from other federal programs. It sought to repurpose roughly $US535 million that was originally intended to target the Ebola virus, which President Barack Obama requested more than $US6 billion for in 2014.

Health experts have questioned whether the spending request unveiled Monday would provide enough resources to battle the respiratory illness, named COVID-19, which has killed at least 2,700 globally and spread to 30 countries. There have been nearly three dozen cases confirmed in the US, including repatriated citizens.

The economic consequences of an unaddressed outbreak would dwarf US spending on efforts to control it, said Marc Lipsitch, an epidemiologist and the director of the Centre for Communicable Disease Dynamics at the Harvard T.H. Chan School of Public Health.

“It seems quite inadequate and absurd to divert funds from one serious epidemic to another,” Lipsitch said of the emergency funding package. “Money to control it is a very important investment.”

House Speaker Nancy Pelosi called the emergency funding request “long overdue and completely inadequate to the scale of this emergency” in a statement on Tuesday. The Trump administration hesitated for weeks to pursue the so-called supplemental, shifting course as COVID-19 accelerated outside of China on Monday and financial markets dropped sharply.

“Our state and local governments need serious funding to be ready to respond effectively to any outbreak in the U.S.,” Pelosi said. “The President should not be raiding money that Congress has appropriated for other life-or-death public health priorities.”