Speaker Nancy Pelosi instructed key House committees last week to start assembling a package. House Democrats scheduled two hearings for Tuesday and Wednesday as well. The process will likely stretch on for months, longer than it took to draft and pass Biden’s $US1 ($1).9 ($2) trillion stimulus plan.

Democrats are seeking to modernize the nation’s aging structural foundations through what may be a $US2 ($3) trillion economic recovery bill. The latest report card from the American Society of Civil Engineers gave the US a C-minus. Experts say upgrades are long overdue, particularly after a destructive winter storm last month caused mass power and water outages in Texas.

A Democratic plan would provide major funding for areas cited by lawmakers in both parties, such as highways, bridges, broadband, water, and sewer systems. “Building roads and bridges and water supply systems and the rest has always been bipartisan,” Pelosi told ABC News last week.

The Biden administration wants to offset some of the plan’s hefty cost with tax hikes on wealthy individuals and multinational corporations to bring in new revenue. But that has already triggered Republican resistance in an early blow to the White House’s efforts to garner GOP votes for a bipartisan bill.

The wall of Republican opposition to tax increases may leave Democrats to press through a plan without Republican votes using budget reconciliation – the same procedure used to enact the pandemic relief law. It’s a perilous route given their thin majorities in both chambers of Congress and competing sets of views on a bill’s composition and scale. But some Democrats are already indicating it’s likely to happen again.

“They have their work cut out for them,” Sarah Bianchi, the head of policy at Evercore and a former Biden economic advisor, told Insider. “They’re working with a really narrow margin of error.” 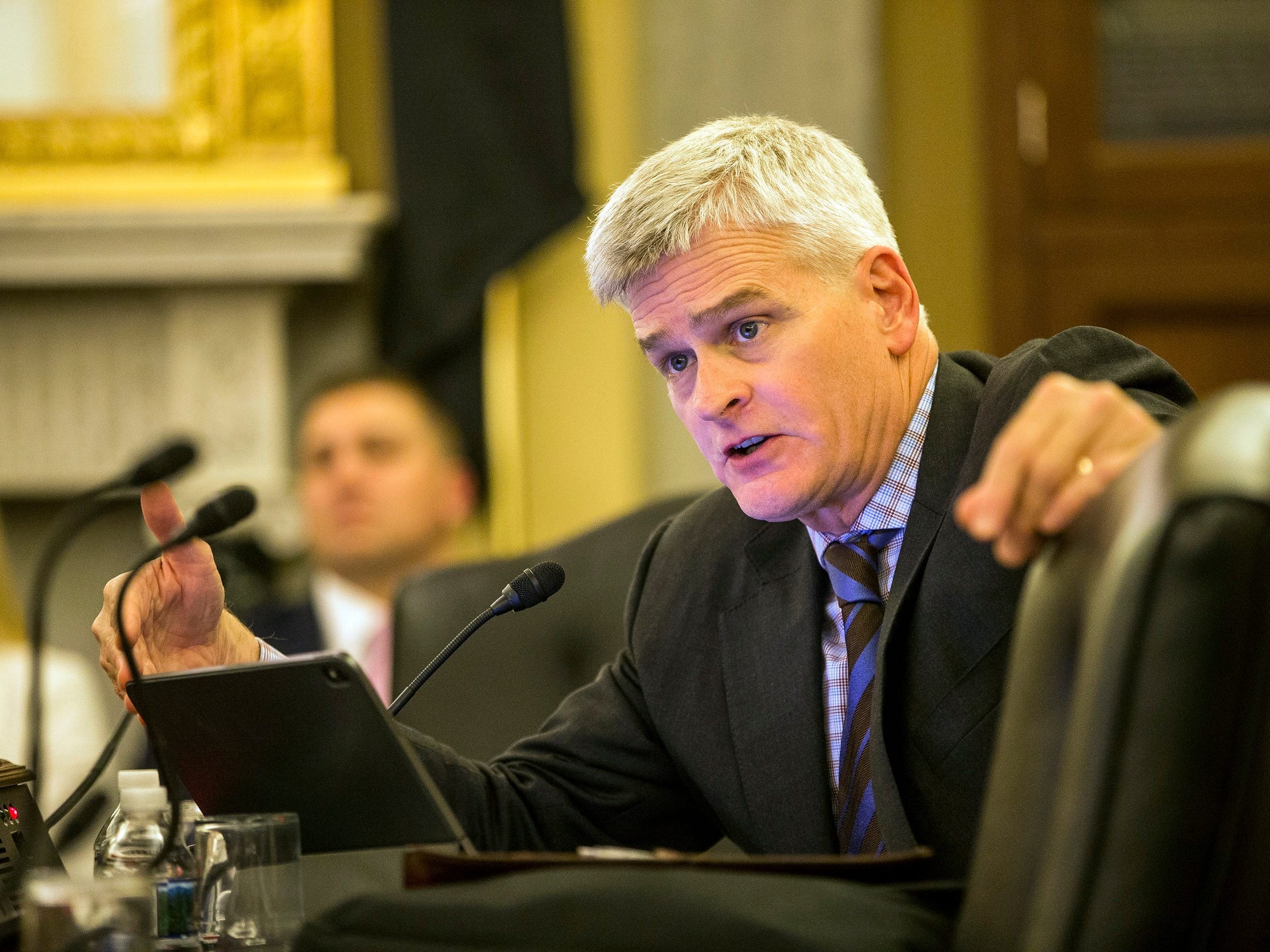 ‘I sure hope we build some roads and some bridges’

Some economists and Federal Reserve officials are urging lawmakers to seize on the cheap cost of borrowing to fund comprehensive new economic recovery programs.

Federal Reserve chair Jerome Powell said at a news conference Wednesday there “should be a longer-term focus on the investment front,” pointing to “people’s skills and aptitudes, investment in plant and equipment, investment in software.”

Many Republicans favor new spending on to upgrade roads, bridges, and highways as Democrats do. However, the parties sharply diverge on details such as cost and the specific programs to incorporate.

“I sure hope we build some roads and some bridges, I hope we do some stuff for ports and waterways,” Sen. Bill Cassidy of Louisiana said at a local press conference earlier this week. “I think the real question is what else do they wish to have there.”

“My suspicion is they will try to jam everything they can into that bill and call it an infrastructure bill,” Senate Minority Leader Mitch McConnell told reporters on Tuesday.

The GOP is unlikely to support green-energy initiatives many Democrats want to merge into a bill. Senate Majority Leader Chuck Schumer is championing a proposal to gradually phase out gas-powered cars and replace them with electric ones.

An infrastructure bill with Republicans would almost certainly be targeted in scope. Such a move would probably trigger backlash from progressives seeking ambitious initiatives to combat inequality, and threaten to derail the Democratic effort.

“There is a lot of different ways to cut this,” Bianchi said. “This isn’t going to happen in the same speed and timeframe that [Covid relief] did. I think it’s going to take longer to suss out whether they can get real agreement with Republicans on any part of it and try to pull that forward.“ 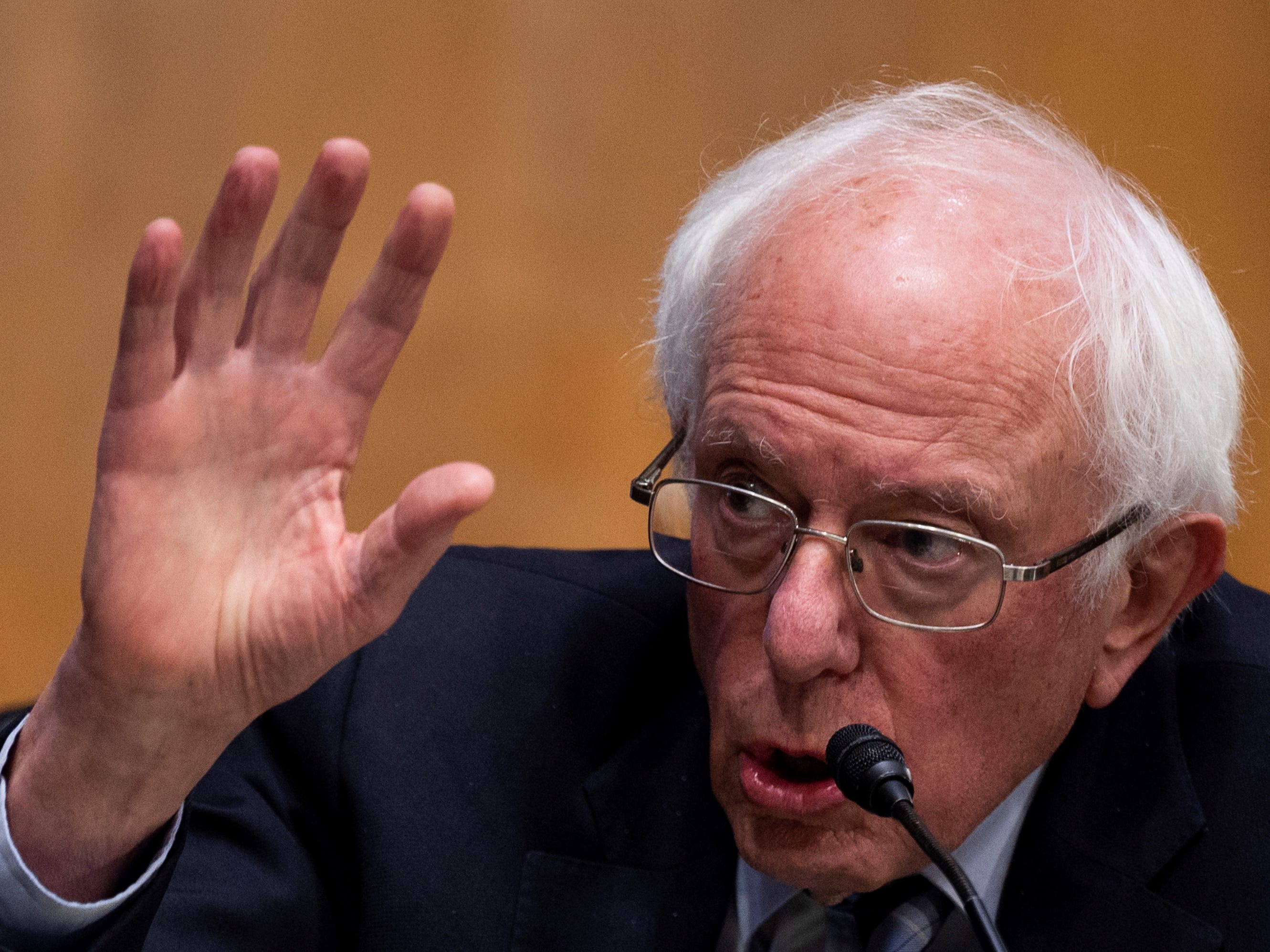 Congress has tried passing an infrastructure package for years. Drafting a bill and pushing it through both chambers is an enterprise increasingly fraught with political peril.

“The mistake made early on in the Trump administration was we had a trillion-dollar figure and before that number was selected, there wasn’t a lot of thought in terms of what the need was from the federal government,” Gribbin told Insider. He argued the focus should be on “producing results” with state and local governments at the helm.

Trump’s push was repeatedly overshadowed by political scandals during his four years in office and the president made little headway, drawing jokes about “infrastructure week.” Shortly after taking office, President Barack Obama pitched a plan to repave roads and set up new rail lines. Republicans blocked him.

Now Biden has an opportunity to break through in an area his last two predecessors failed.

There are early signs it may be another piece of legislation maneuvered through reconciliation. That’s a budgetary tactic to approve a bill with only 51 votes in the Senate, protected from the usual 60-vote threshold. Some in the caucus already support ditching Republicans to enact a large-scale jobs and infrastructure package.

Sen. Bernie Sanders, chair of the Senate Budget Committee, told reporters on Tuesday: “One always wants to try to go the bipartisan route but what I have seen this year and in past years, if you want to do something significant, it’s very hard to get Republican support.”

The configuration of the package hasn’t been finalized. The White House is reportedly considering breaking up the package into smaller parts, an apparent effort to make some of it bipartisan. That step has drawn the support of Sen. Joe Manchin of West Virginia, who told Capitol Hill reporters on Thursday it was “a very good approach.”

Still, the prospect of a jobs bill that reaches Biden’s desk is still many months away. It’s a path laden with risks for Democrats trying to get it there. “Infrastructure is always the bipartisan thing everyone loves. Yet we still can’t seem to get it across the finish line,” Bianchi said.