Inside the relationship of Mike Bloomberg and his longtime partner, Diana Taylor, who met at a business lunch 20 years ago and live in a 5-story Manhattan townhouse 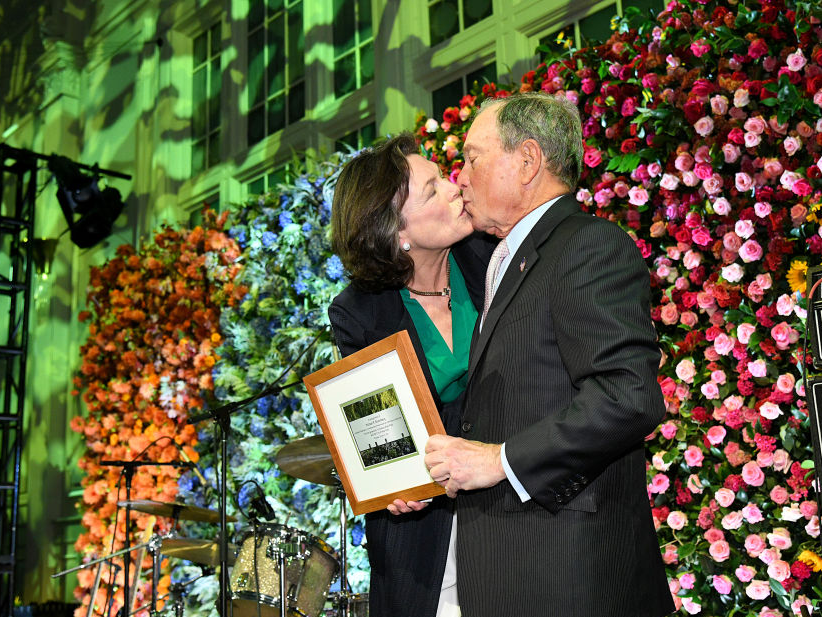 Bryan Bedder/GettyBloomberg, who just dropped out of the presidential race, had said that Taylor would be the ‘de facto first lady’ if he were elected.

Mike Bloomberg just dropped out of the 2020 presidential race after pouring more than $US500 million into his campaign and endorsed former Vice President Joe Biden.

The former New York City mayor has been in a relationship with Diana Taylor for 20 years, since they were seated together at a business lunch.

The 78-year-old billionaire’s longtime girlfriend, Taylor, is a 65-year-old former Wall Street executive and former New York State Superintendent of Banks. After Bloomberg announced his run for president in November 2019, she hit the campaign trail for her partner, who she was with throughout his three-term tenure as mayor of New York City.

Here’s a look at Bloomberg and Taylor’s 20-year relationship.

Mike Bloomberg just dropped out of the 2020 Democratic primary. The New York billionaire and his longtime girlfriend, Diana Taylor, have been together for 20 years. 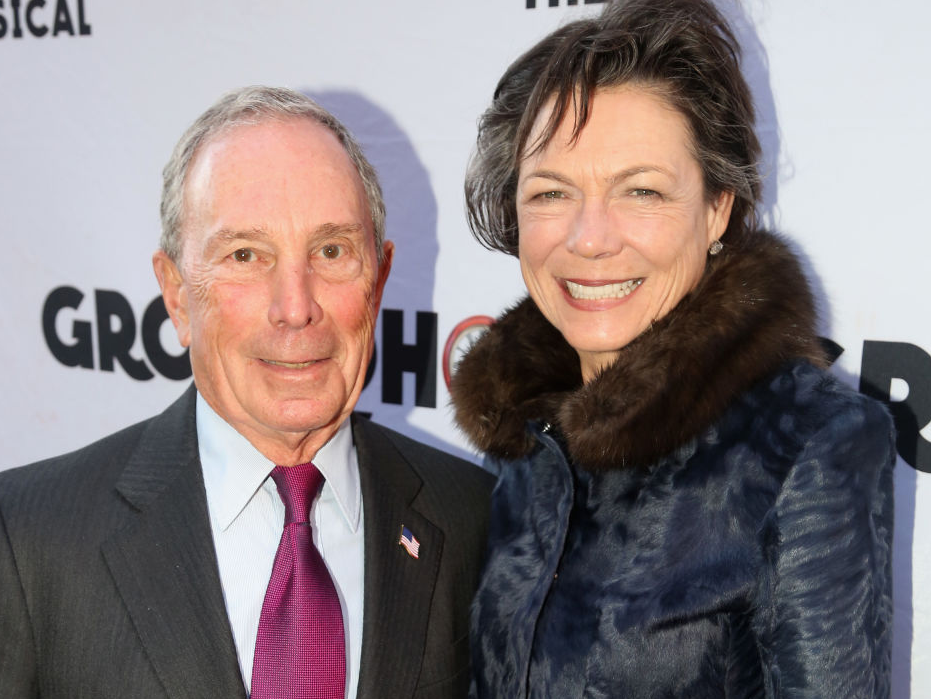 The couple met in 2000 at a business luncheon, The Washington Post reported.

That same evening, they found themselves coincidentally eating at the same restaurant, Taylor recently told The Post.

“He looked at me and came over and said, ‘Would you like to have a drink after this?'” Taylor told the Post. She said yes.

The couple lives in a five-story townhouse on New York City’s Upper East Side that Bloomberg bought in 1986 for $US3.5 million. 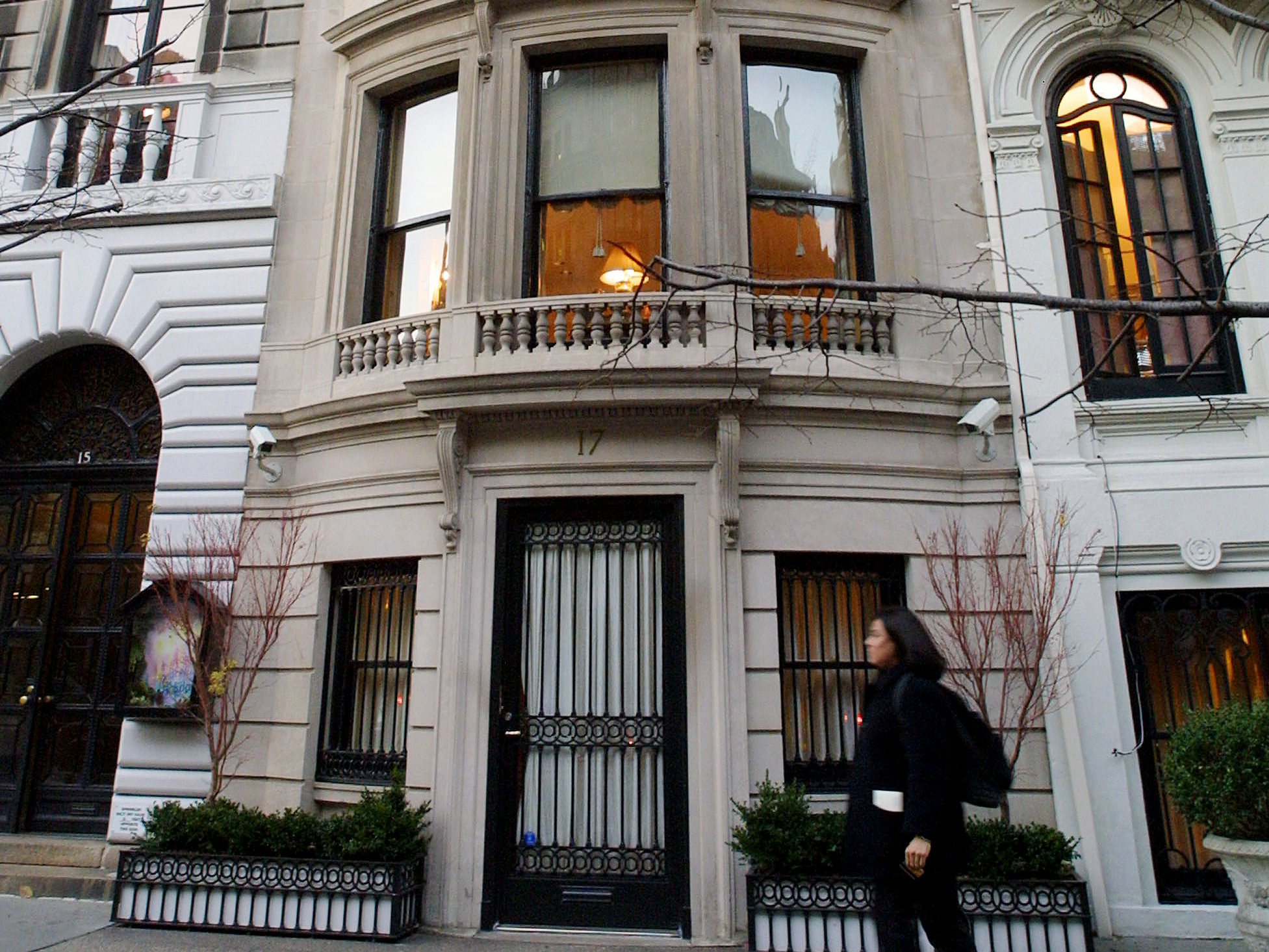 Mario Tama/Getty ImagesThey have lived together in the townhouse for 19 years.

According to New York Magazine, Bloomberg has often hosted dinner parties at the townhouse over the years. The parties “were often pretentious in their unpretentiousness,” serving things like fried chicken and coleslaw, according to the magazine.

Bloomberg has also been buying up units in the neighbouring brownstone for years and tearing down walls to combine the spaces with his primary home, The New York Times reported.

The couple has lived together for 19 years, Bloomberg told CBS’ Gayle King in December 2019.

At the end of his last term as mayor, the billionaire spent at least $US1.7 million renovating the home. Zillow estimates its current value at $US17.7 million.

Taylor worked on Wall Street in the 1980s and went on to be appointed New York state’s superintendent of banks by Gov. George E. Pataki in 2003. 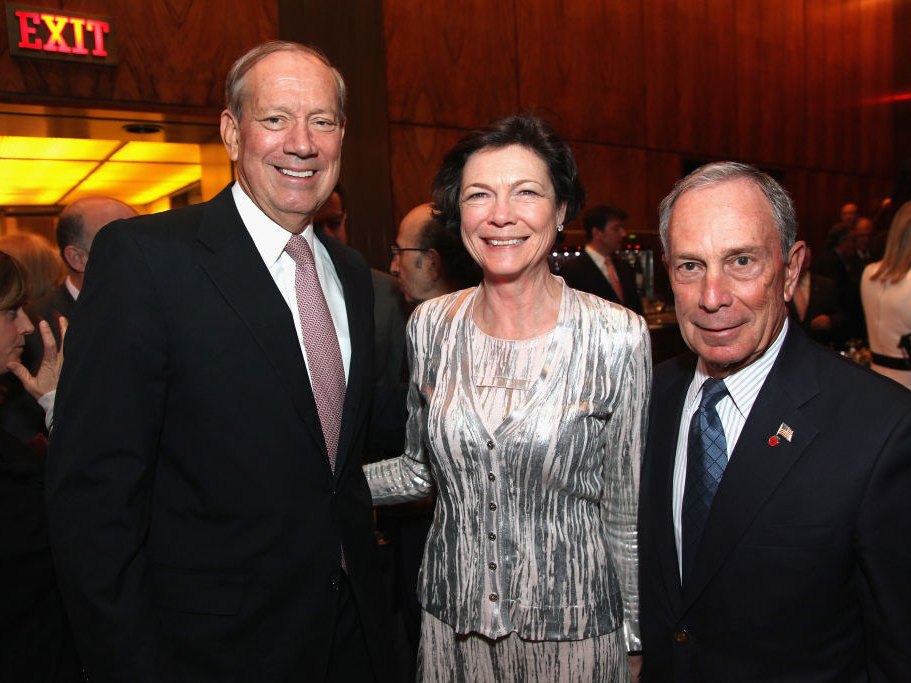 Donald Bowers/Getty Images for Cancer Research InstitutePataki, Taylor, and Bloomberg at a charity event in NYC in 2013.

Taylor has an MBA from Dartmouth University and a public health degree from Columbia University.

New York Republicans once encouraged Taylor to run for Senate against Kirsten Gillibrand, but she ultimately declined – even though she thought she would win, she told the Observer in 2011.

“It was the thought of actually having to go and do that job, that was really not all that appealing,” she said.

During Bloomberg’s three-term tenure as mayor of New York City, Taylor was known as “The First Lady of New York,” despite the fact they’re not married. 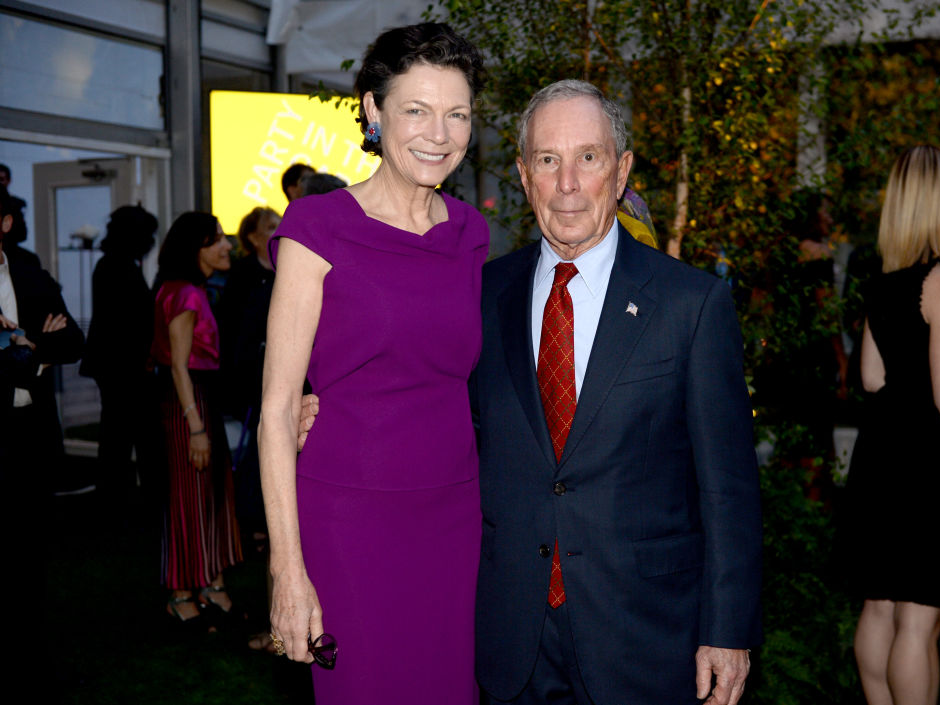 Andrew Toth/Getty Images for The Museum of Modern ArtBloomberg was mayor of New York City from 2002 to 2013.

Taylor has said she hates being referred to as Bloomberg’s “gal pal” and that “girlfriend” isn’t quite the right word either.

“I hate ‘girlfriend’ because it sounds so temporary,” Taylor recently told the Post. “It’s very junior high … Nobody’s come up with the language around what we are.”

Today, Taylor sits on the board of several companies including Citigroup and Sotheby’s. 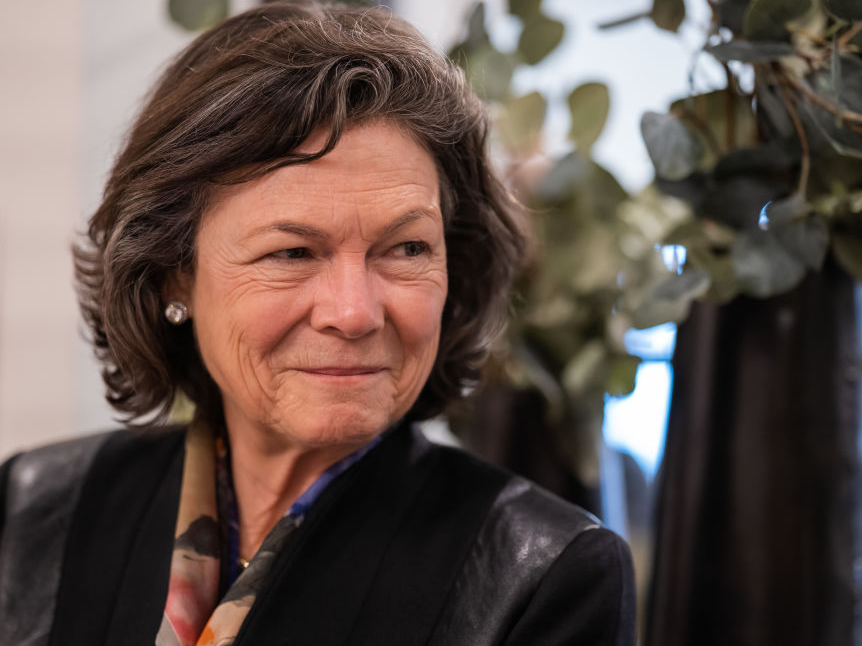 Nathan Morgan for the Washington PostTaylor has an impressive résumé.

She’s also on the board of directors for Brookfield Asset Management and chairs the boards of the Hudson River Park Trust and charitable organisations Accion and Hot Bread Kitchen.

She also spent weeks on the campaign trail for her longtime partner, telling people why she thought Bloomberg would make a good president. 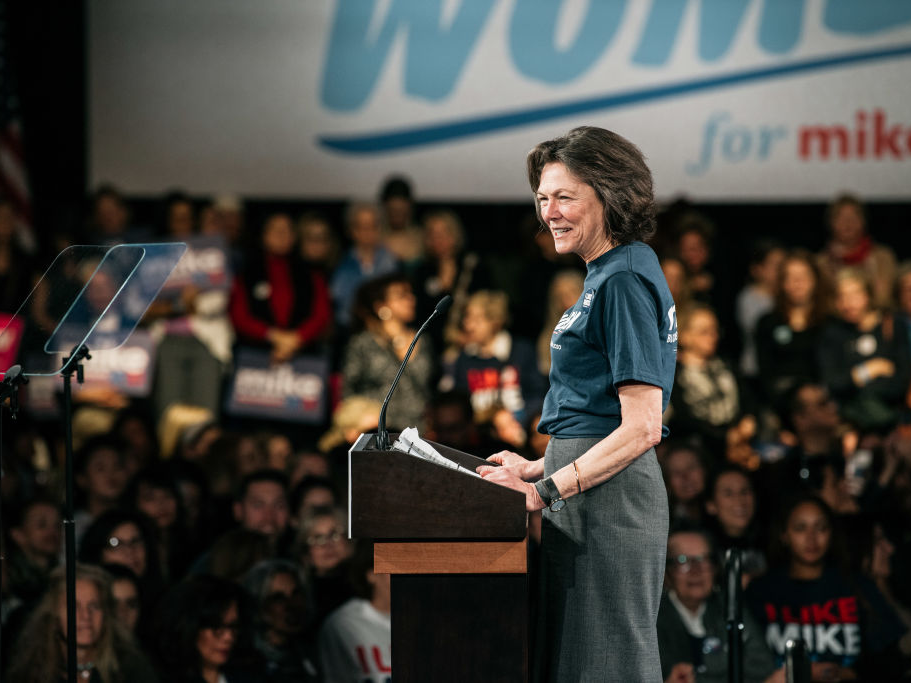 Scott Heins/Getty ImagesTaylor at a campaign rally in NYC in January 2020.

“The Republican Party has gone way to the right, and (Bloomberg’s) values are now more affiliated with the Democrats than they are with the Republicans. But he has not changed his values one iota,” she said.

Taylor has also revealed humanising tidbits about her partner, such as that his favourite dinner is Shake ‘n Bake chicken.

Taylor has high-profile friends that include Vogue editor-in-chief Anna Wintour. BILLY FARRELL/Patrick McMullan via Getty Images)Taylor and Wintour at a Vogue dinner in NYC in 2007.

“Her famous boyfriend may be the least interesting thing about her,” Wintour recently told the Post, adding, “She’s intelligent, independent – and completely her own person. Michael is lucky to have her.”

Bloomberg and Taylor have been photographed together at events around the world, from the exclusive weeklong Sun Valley Conference in Idaho … 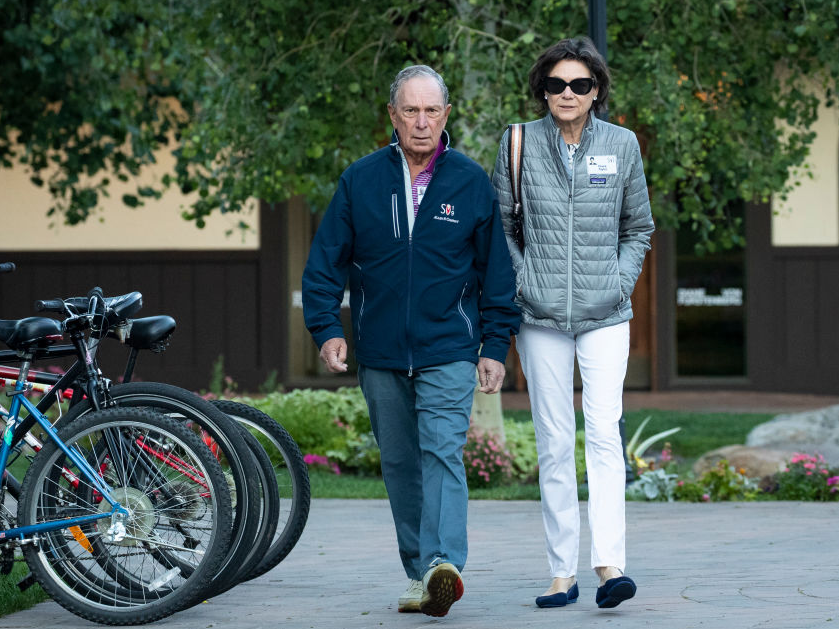 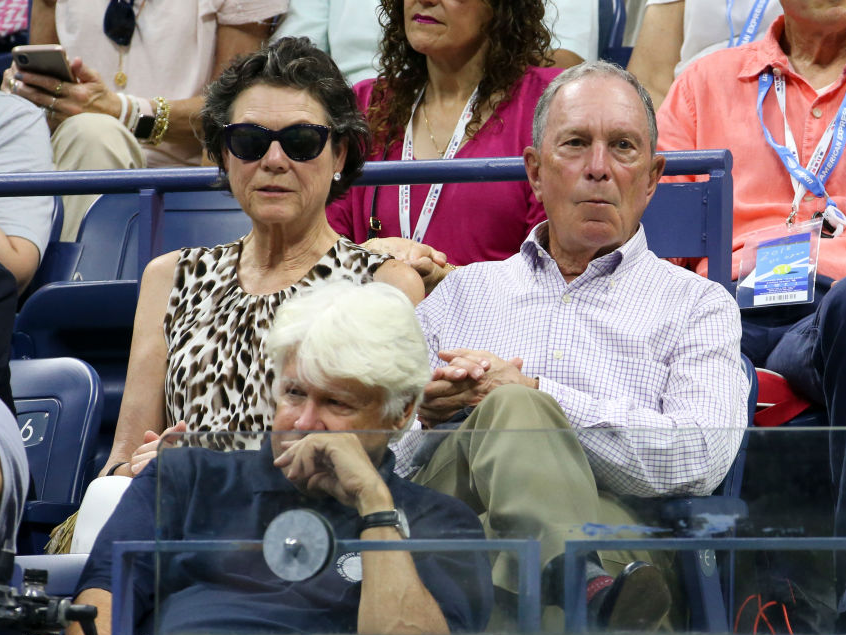 Jean Catuffe/GC ImagesTaylor and Bloomberg at the US Open in 2018.

… to equestrian events in the Hamptons. 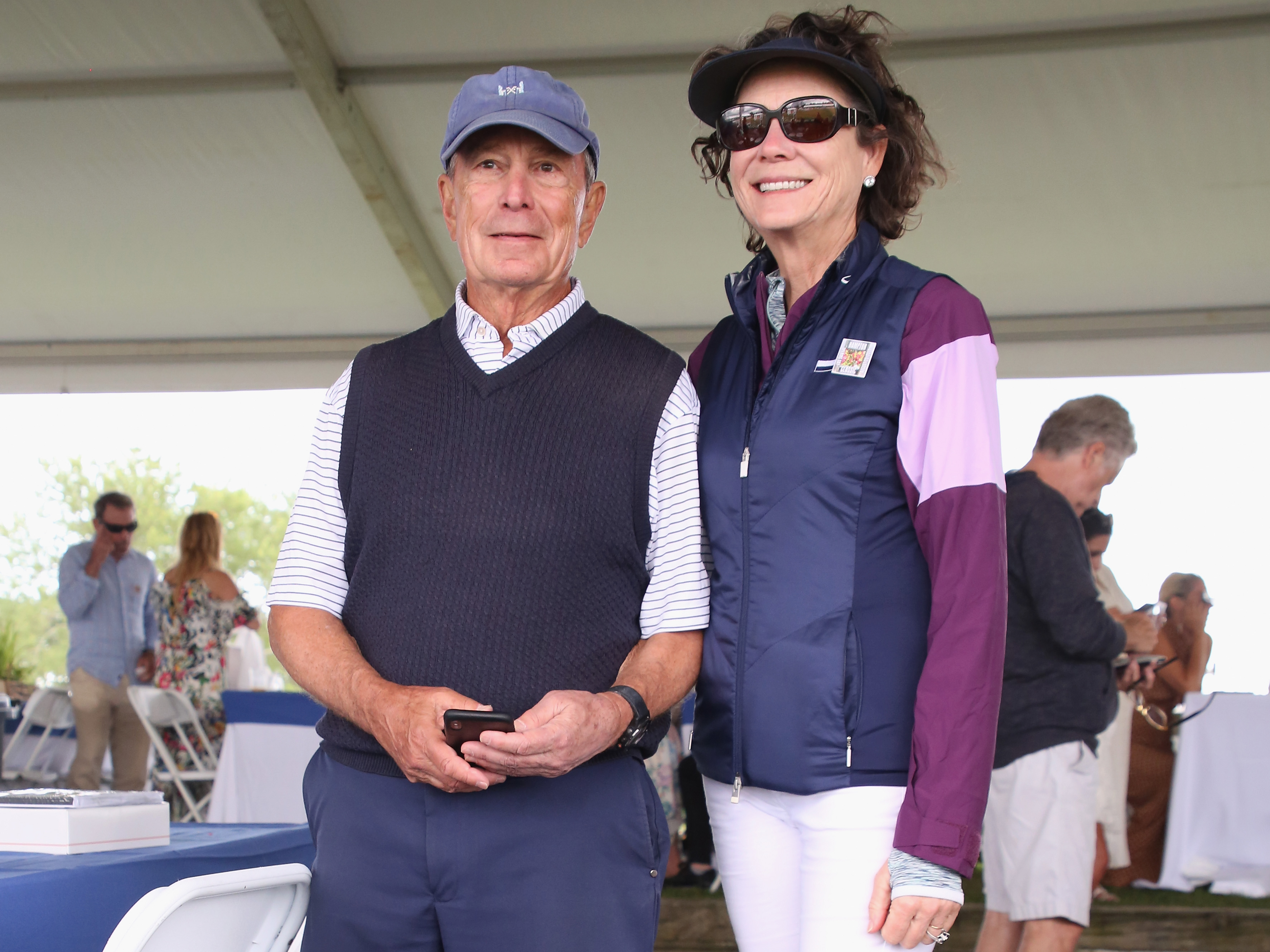 Sonia Moskowitz/Getty ImagesBloomberg and Taylor at an equestrian event in the Hamptons.

In 2019, Bloomberg took both Taylor and his daughter, Georgina Bloomberg, as his dates to the Met Gala in New York City. 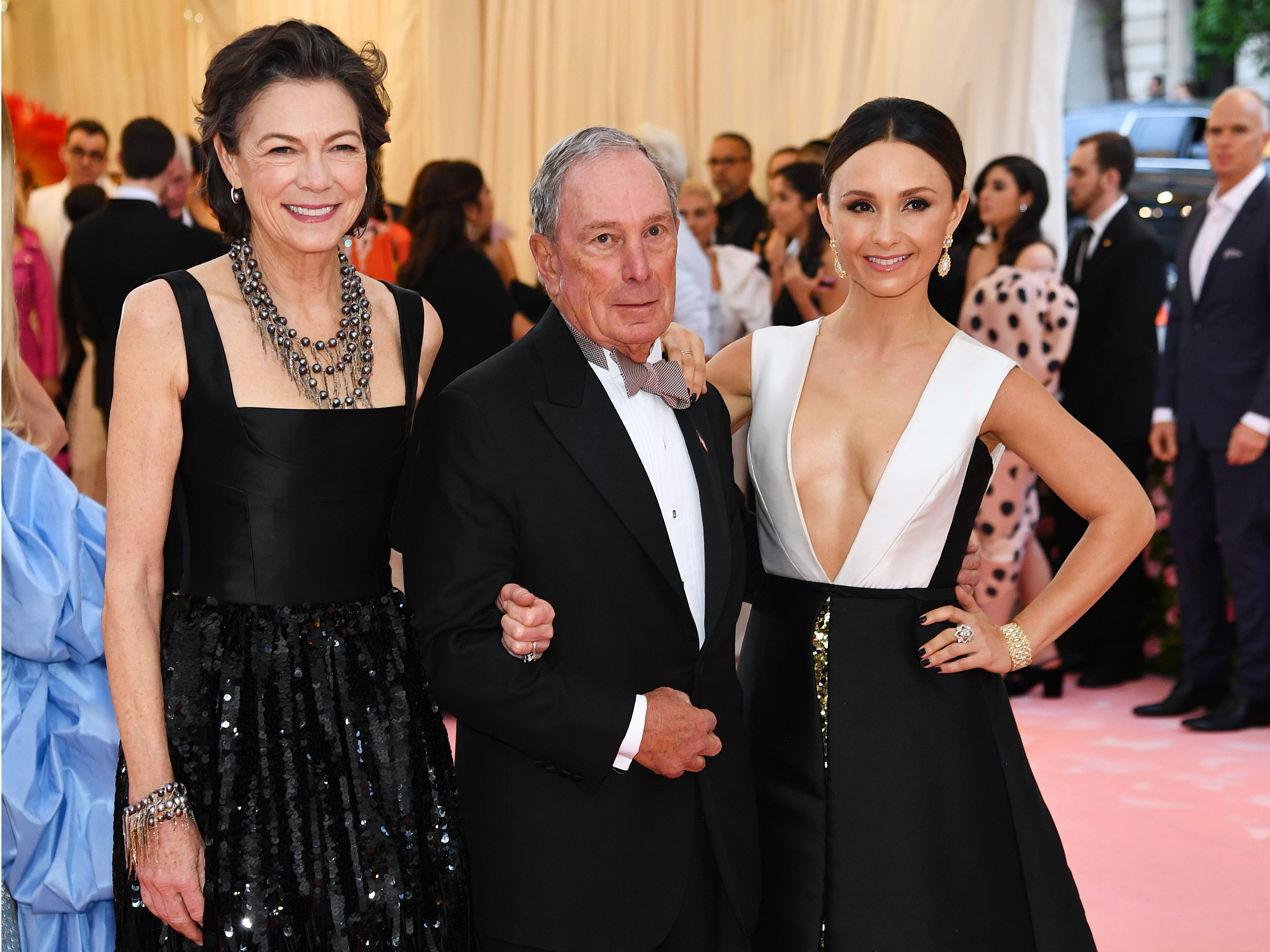 Dimitrios Kambouris/Getty Images for The Met Museum/VoguTaylor, Bloomberg, and his daughter, Georgina Bloomberg, at the 2019 Met Gala.

The former New York mayor had said that if he won the presidency, Taylor would be the “de facto First Lady.” 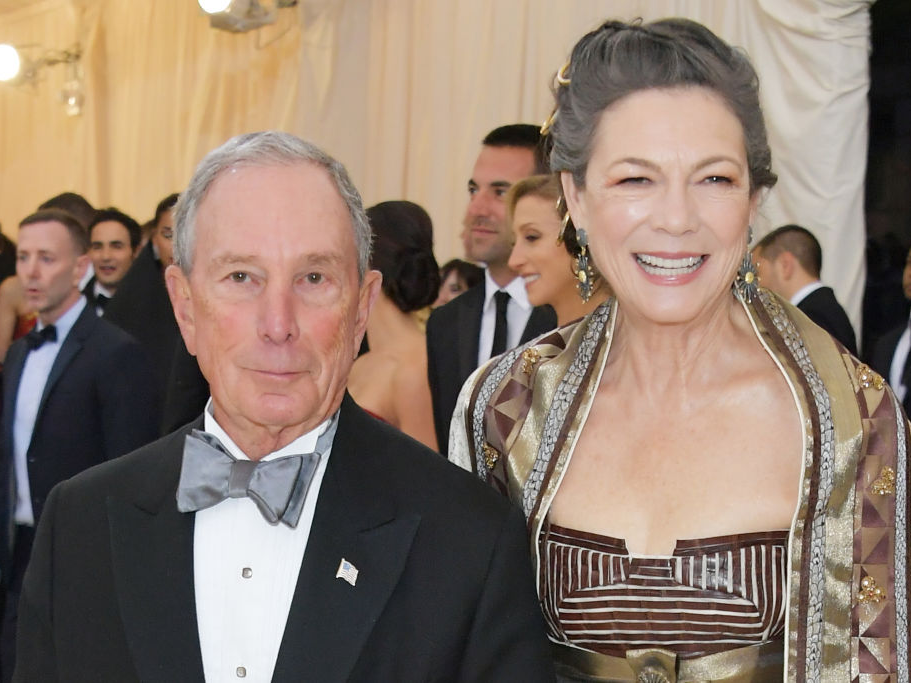 Neilson Barnard/Getty ImagesBloomberg and Taylor at the 2018 Met Gala in NYC.

In a December 2019 interview with CBS’ Gayle King, King asked Bloomberg if Taylor would be the country’s “de facto first lady” and if she was playing a role in his campaign.

“She’s playing a role in the campaign, number one,” Bloomberg said. “Number two, we’ve only been living together for 19 years. And I think it’s fair, if I can speak for her as well, neither of us have any plans to change.”

King pressed him to answer whether or not Taylor would be the “de facto first lady” if he’s elected.

“Oh yeah, of course,” Bloomberg responded. “She would do the ceremonial things that Donald Trump’s wife does.”

When King asked whether he and Taylor would ever get married, Bloomberg said he wouldn’t discuss that subject.