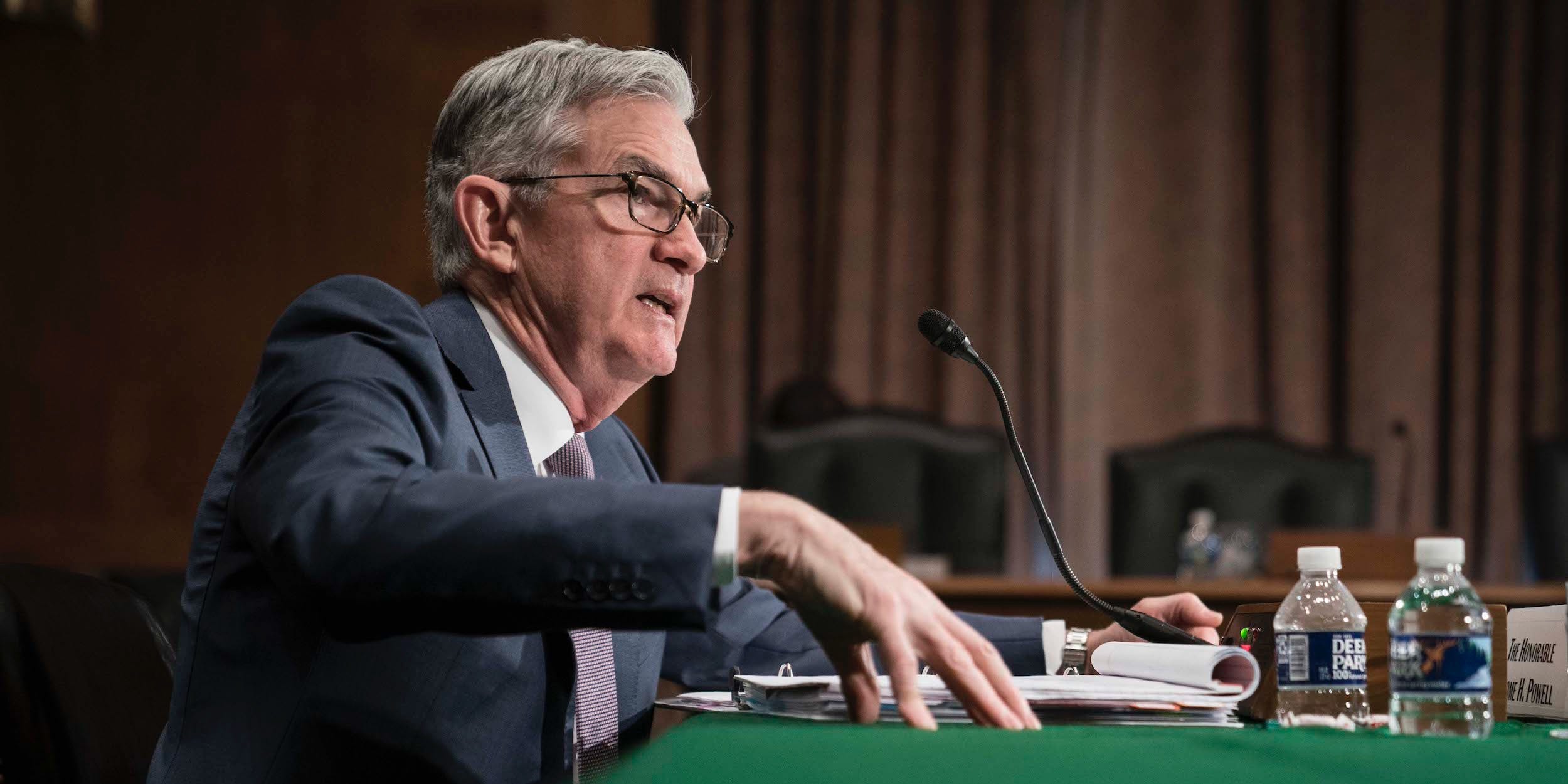 Sarah Silbiger/Getty ImagesFederal Reserve Board Chairman Jerome Powell testifies during a hearing on ‘The Semiannual Monetary Policy Report to the Congress,’ in front of the Senate Banking, Housing and Urban Affairs Committee in the Dirksen Senate Office Building on February 12, 2020 in Washington, DC.

New legislation pitched by Democrats in Congress calls on the Federal Reserve to target racial inequalities in the US economy.

The “Federal Reserve Racial and Economic Equity Act” calls for the Fed and Federal Open Market Committee to reduce and eliminate disparities “across racial and ethnic groups with respect to employment, income, wealth, and access to affordable credit.” Tools to be used in achieving such goals include monetary policy, bank regulation, operation of payment systems, and enforcement of fair lending laws, according to the measure.

The bill was introduced by Rep. Maxine Waters, Sen. Elizabeth Warren, and Sen. Kirsten Gillibrand on Wednesday. A total of 18 other Democrats including Sen. Bernie Sanders, Sen. Cory Booker, and Rep. Ayanna Pressley co-sponsored the measure.

“Systemic racism and inequality is not something that happens on its own. It is a result of specific policy choices and the Fed must take deliberate action to fix it,” Warren said in a statement.

Should it be passed, the central bank’s mandate would be changed for the first time since 1977. The Fed’s current mission is to maintain stable inflation and maximise US employment. Though its typical policy actions centre on interest rate changes, the coronavirus pandemic ushered in the Fed’s use of unprecedented lending facilities and corporate bond purchases.

The bill also requires Federal Reserve Chairman Jerome Powell to testify to Congress on racial disparities and how the central bank is working to close race-based gaps in pay and employment.

The legislation stands little chance of being passed while Republicans control the Senate. Yet the combination of a Democratic sweep in November and mounting economic damage from the coronavirus could boost appetites for the bill. The pandemic’s economic toll has disproportionately landed on communities of colour, elevating calls for the Fed to facilitate a more equitable recovery than seen in past recessions.

The bill’s introduction marks a significant next-step in calling for a new Fed mission. Powell said in May that, though the Fed’s policies don’t worsen inequality, more can be done to improve employment in low-income and minority communities. Such groups are typically the last to enjoy a falling unemployment rate in an economic growth cycle. He also suggested that fiscal relief may be more effective in erasing racial disparities in the economy.

Raphael Bostic, the Fed’s first Black regional president, wrote in a July essay that the central bank can play a major role in creating “a more inclusive economy.”