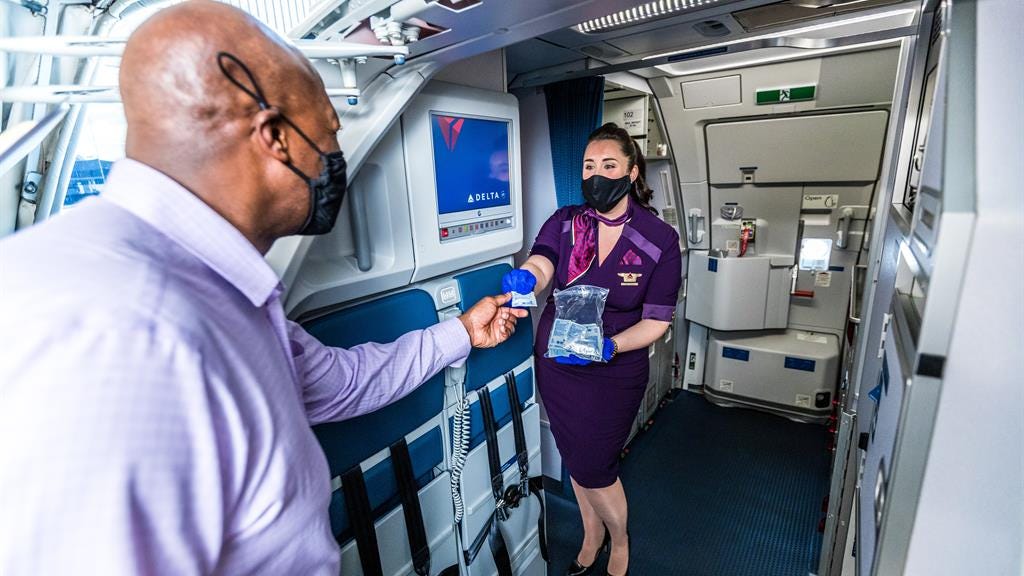 Delta Air Lines‘Some of the instances I’ve heard where people have come off the plane because they wouldn’t wear the mask, the customers were the ones pointing out,’ Delta CEO Ed Bastian said. ‘It wasn’t our people having to do the heavy lifting.’

Delta Air Lines has now banned about 350 passengers for refusing to wear masks on board planes, CEO Ed Bastian said on Tuesday.

“For political reasons, or other reasons, they insisted on not wearing a mask after being asked multiple times to put it back on,” Bastian said, speaking at the Skift Global Forum. “So they’re not going to fly Delta. They’re not going to have the privilege.”

Delta and other US airlines began requiring passengers and crewmembers to wear masks on flights in May. However, flight crews initially had little ability or direction on enforcing the requirements. In June, most US airlines, including Delta, said they would begin banning passengers who refused to cooperate.

“While that was a little choppy in getting going, because you don’t want your flight attendants to turn into a police, having to monitor compliance, customers appreciate it,” Bastian said.

Many of the bans were issued after other passengers complained about maskless fliers, Bastian said.

“Some of the instances I’ve heard where people have come off the plane because they wouldn’t wear the mask, the customers were the ones pointing out,” he said. “It wasn’t our people having to do the heavy lifting.”

Delta has added more than 100 passengers to its no-fly list over the last month alone. In late-August, Bastian said that 240 passengers had been banned. That number was up from 100 on July 22.

Among those banned in recent weeks was Robert O’Neill, the former Navy SEAL known for his part in the raid that killed Osama bin Laden.

O’Neill was on board a flight on Wednesday, August 19, when he tweeted a selfie with the caption “I’m not a p—-.” Unlike a fellow passenger in a US Marine Corps hat and a flight attendant visible in the photo, O’Neill was not wearing a mask. The airline banned O’Neill the following day.

Delta recently strengthened its mask policy, requiring anyone claiming a medical exemption to consult with an airline-contracted telehealth medical professional before boarding.

“Any false claims of a disability or health condition to obtain an exemption from wearing a mask or face covering may result in the suspension of travel privileges on any Delta flight for the duration of the mask/face covering requirement,” the airline said.

A review from Harvard’s TH Chan School of Public Health found that the proper use of face masks on aeroplanes, combined with other measures, substantially lowers the risk of the SARS-CoV-2 virus being transmitted during a flight.