On a recent flight from Orlando to New York, I got to experience Delta’s domestic first-class product on one of its newest narrow-body aircraft, the Airbus A321.

Delta recently acquired more Airbus aircraft to complement its fleet and became the latest airline to fly the A321 when it took delivery of the type in 2016.

The A321s feature one of the largest first-class cabins found on Delta narrow-body aircraft with 20 seats spread across five rows. Due to the light passenger load of the flight, Delta was selling upgrades for as low as $US159 and nearly all elite status holders were upgraded into the cabin from economy.

Here’s what it’s like to fly in first-class on the route.

My journey in Delta first class actually started out in economy. I was initially booked in coach for this flight but was upgraded into the cabin thanks to my Silver Medallion elite status on Delta. Though it’s normally tough for a lowly Silver Medallion member to get upgraded, the flight was on a Tuesday night and would likely be lightly loaded tourists. Case in point: there were 5 open first-class seats and 74 open economy seats when I got to the gate. Thomas Pallini/Business InsiderThe upgrade list for my flight from Orlando to New York.

To my surprise, my upgrade cleared as soon as I checked in while paid upgrades were going for $US159. After my experience, however, I didn’t think it was worth the price tag. 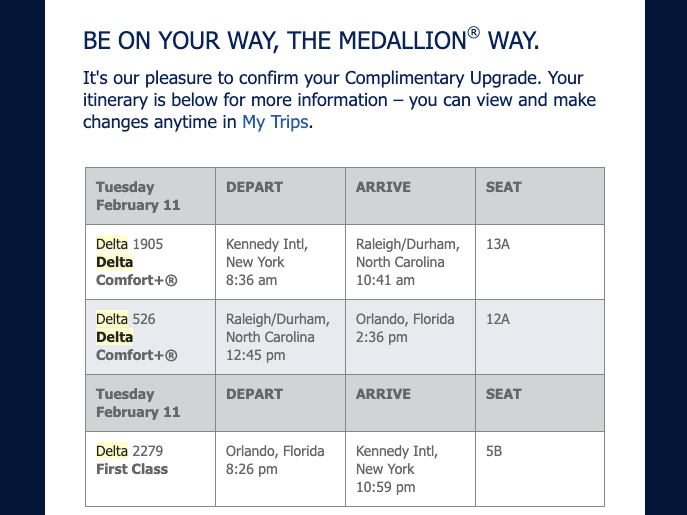 Once boarding began, first-class passengers were among the first on the plane, sharing a boarding zone with Diamond Medallion members. 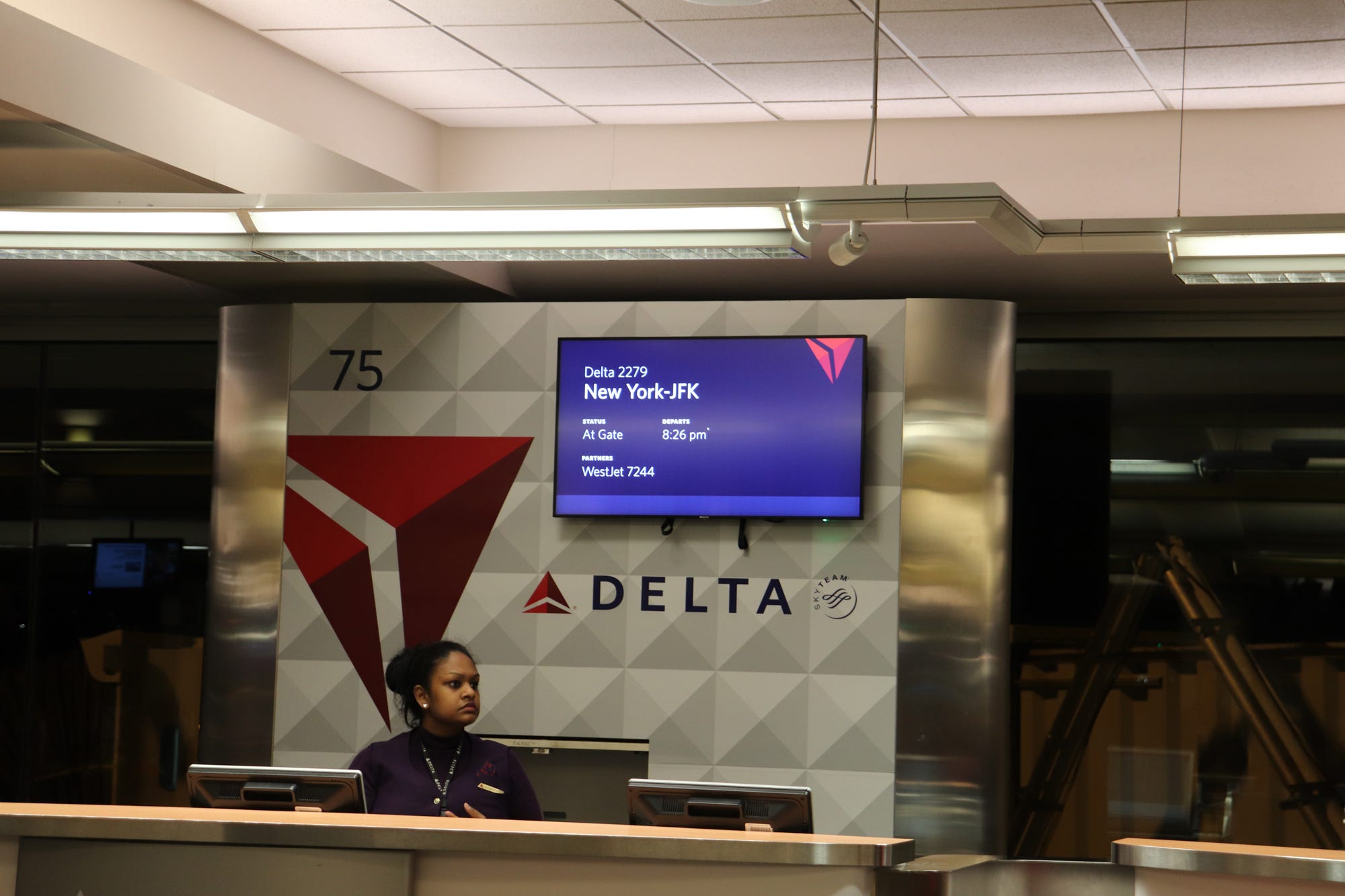 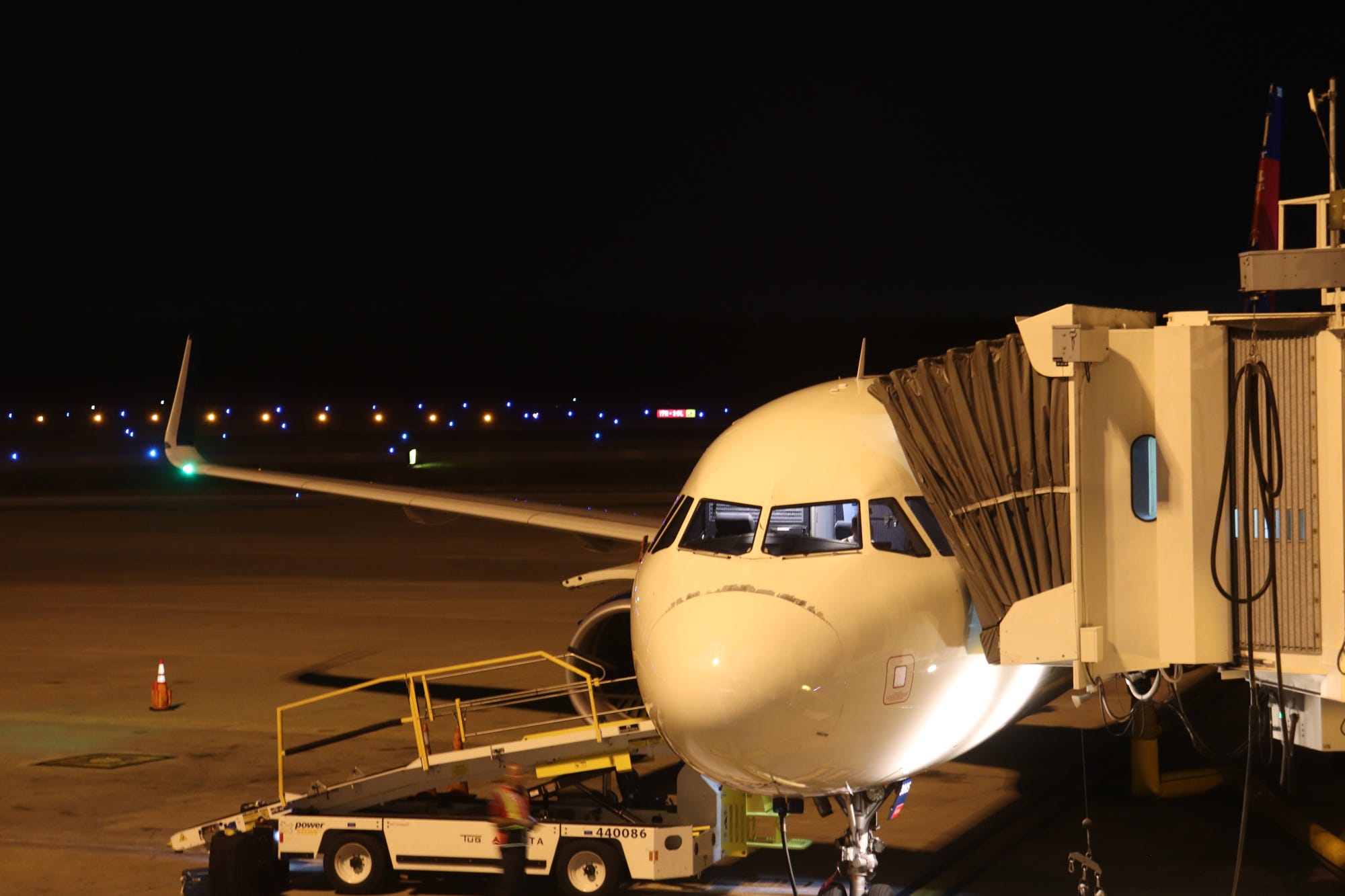 I was assigned a seat 2A in the cabin, which was configured in the standard 2-2 configuration spanning five rows. The seats looked very comfortable and after a long day of travel, I was eager to relax in them for the next two and a half hours. The seat was a large recliner chair offering 37 inches of pitch and 21 of width, according to SeatGuru. 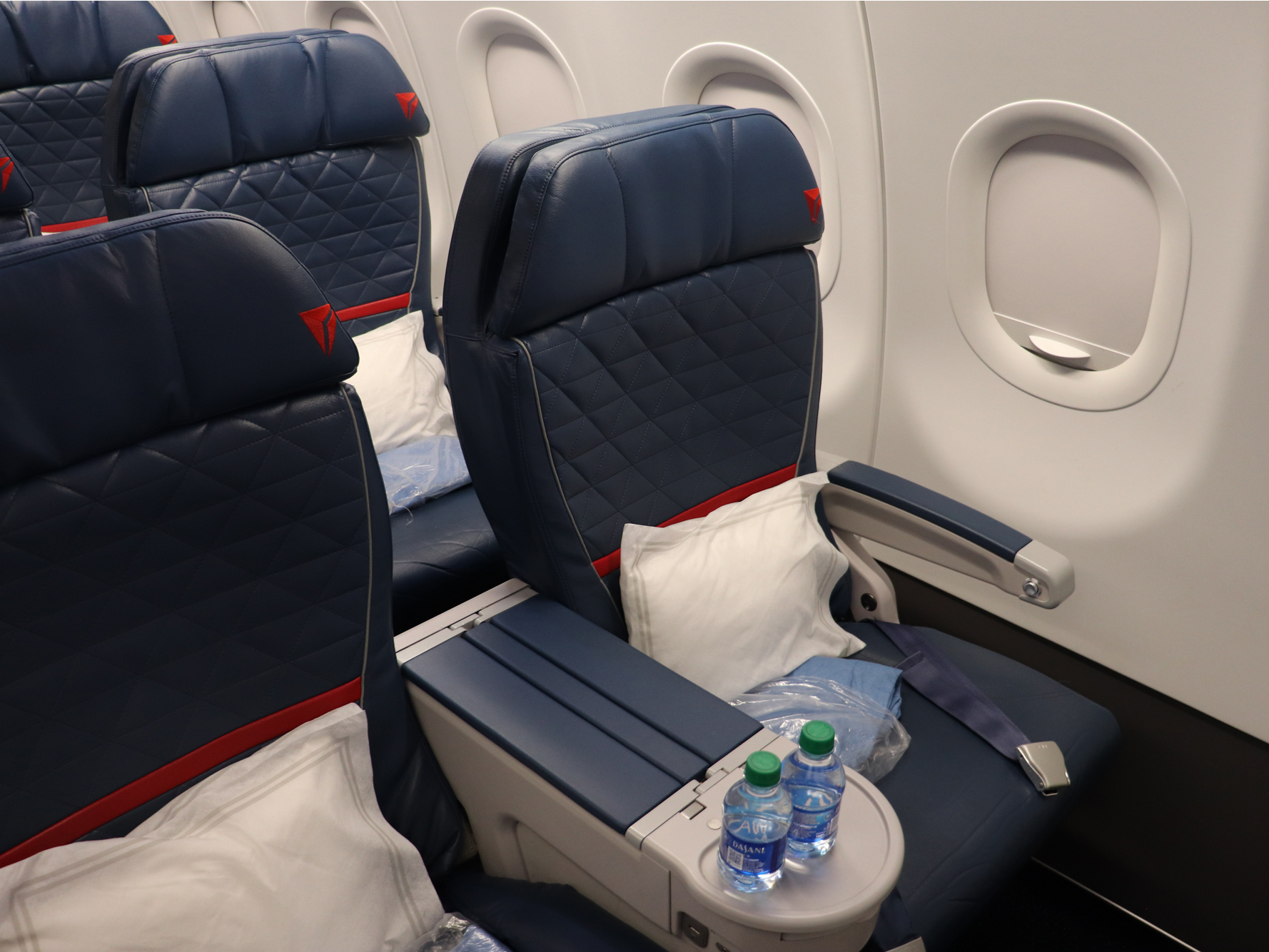 It also featured an adjustable headrest… 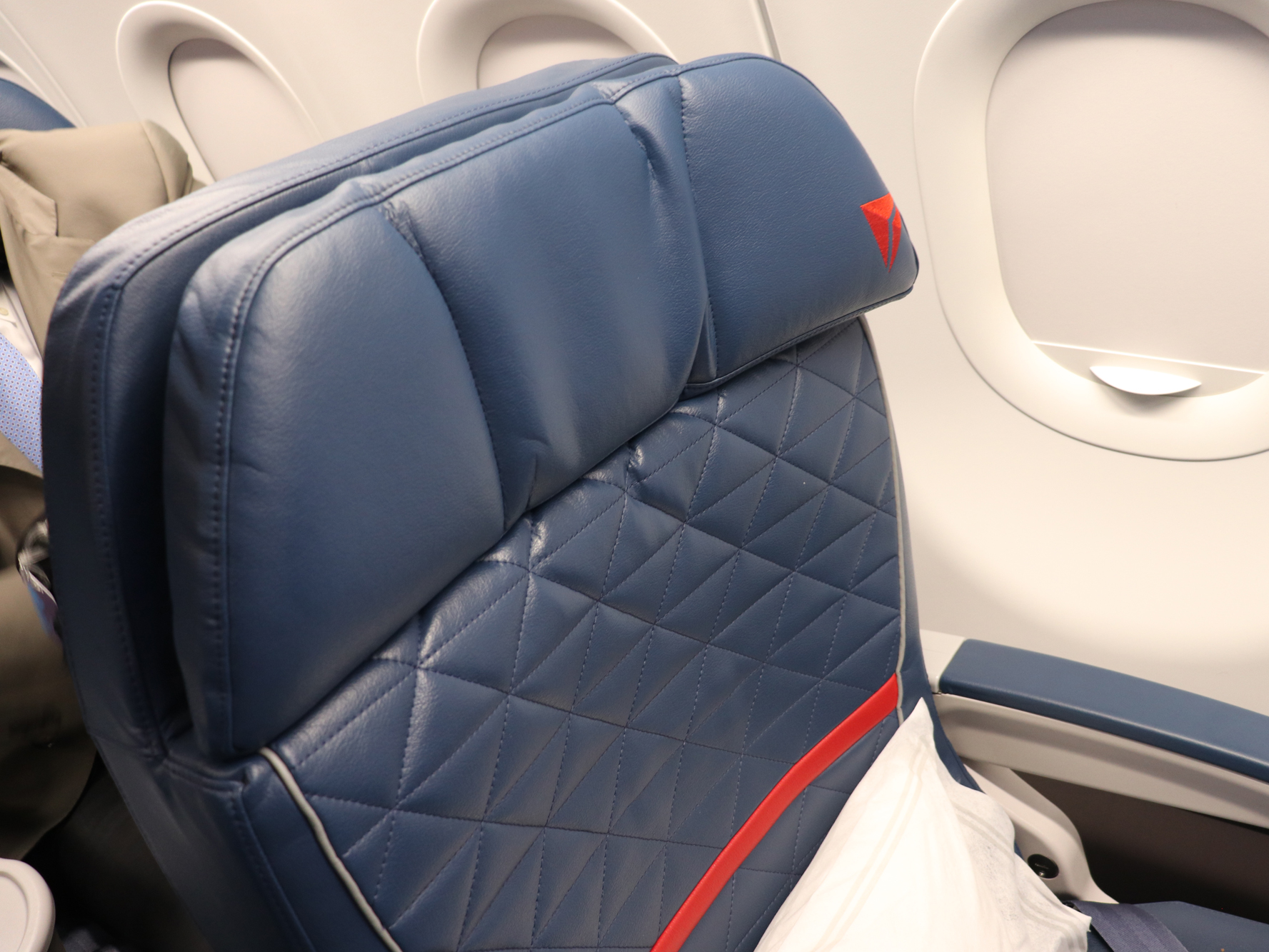 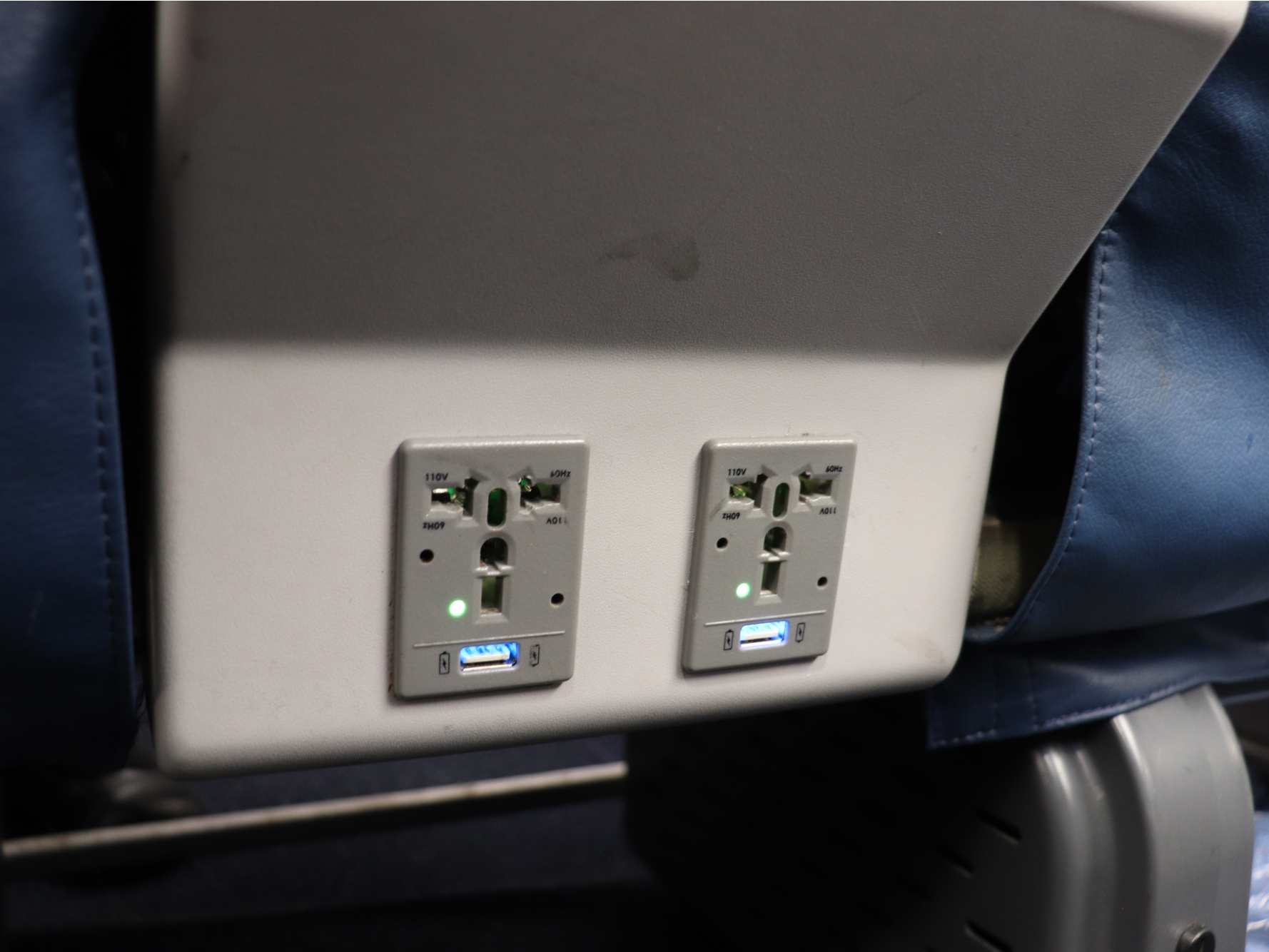 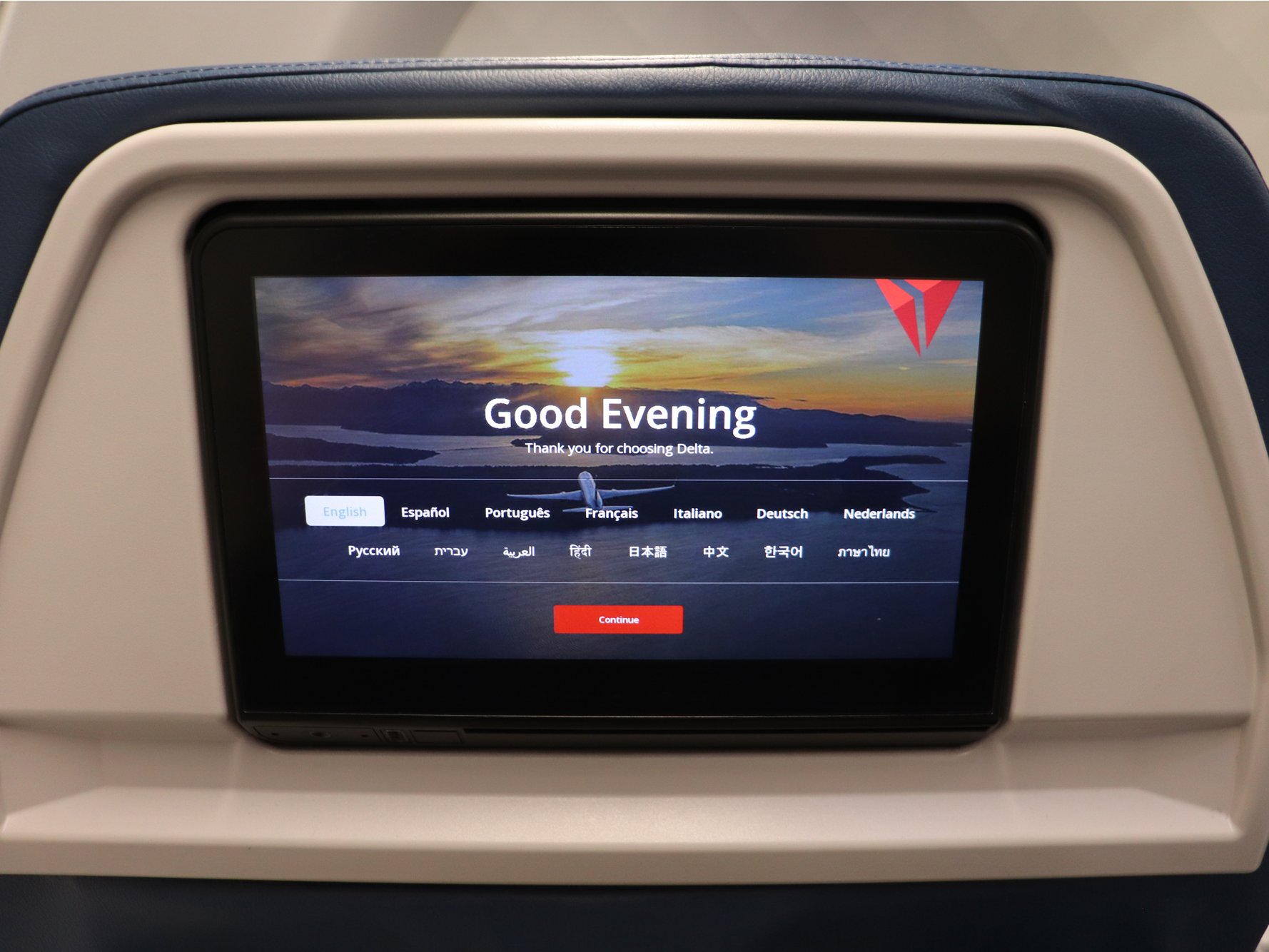 Thomas Pallini/Business InsiderIn-flight entertainment on a Delta Airbus A321 in first class. 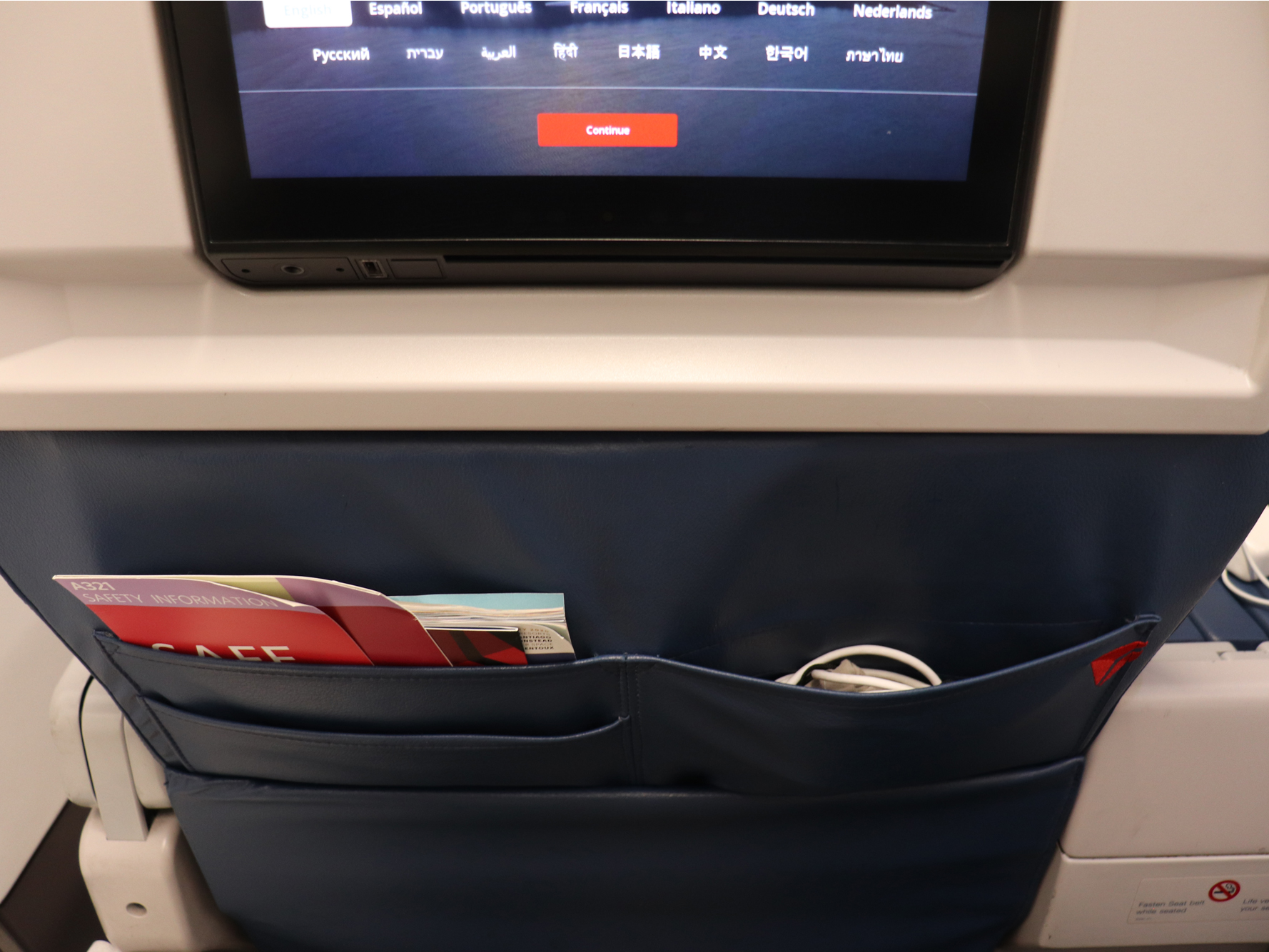 Each seat also had pillows and blankets placed on them… And mini Dasani-water bottles on the centre console. Above the seat was the standard air nozzle and reading light set up, though there was an extra of each for the non-existent middle seat. 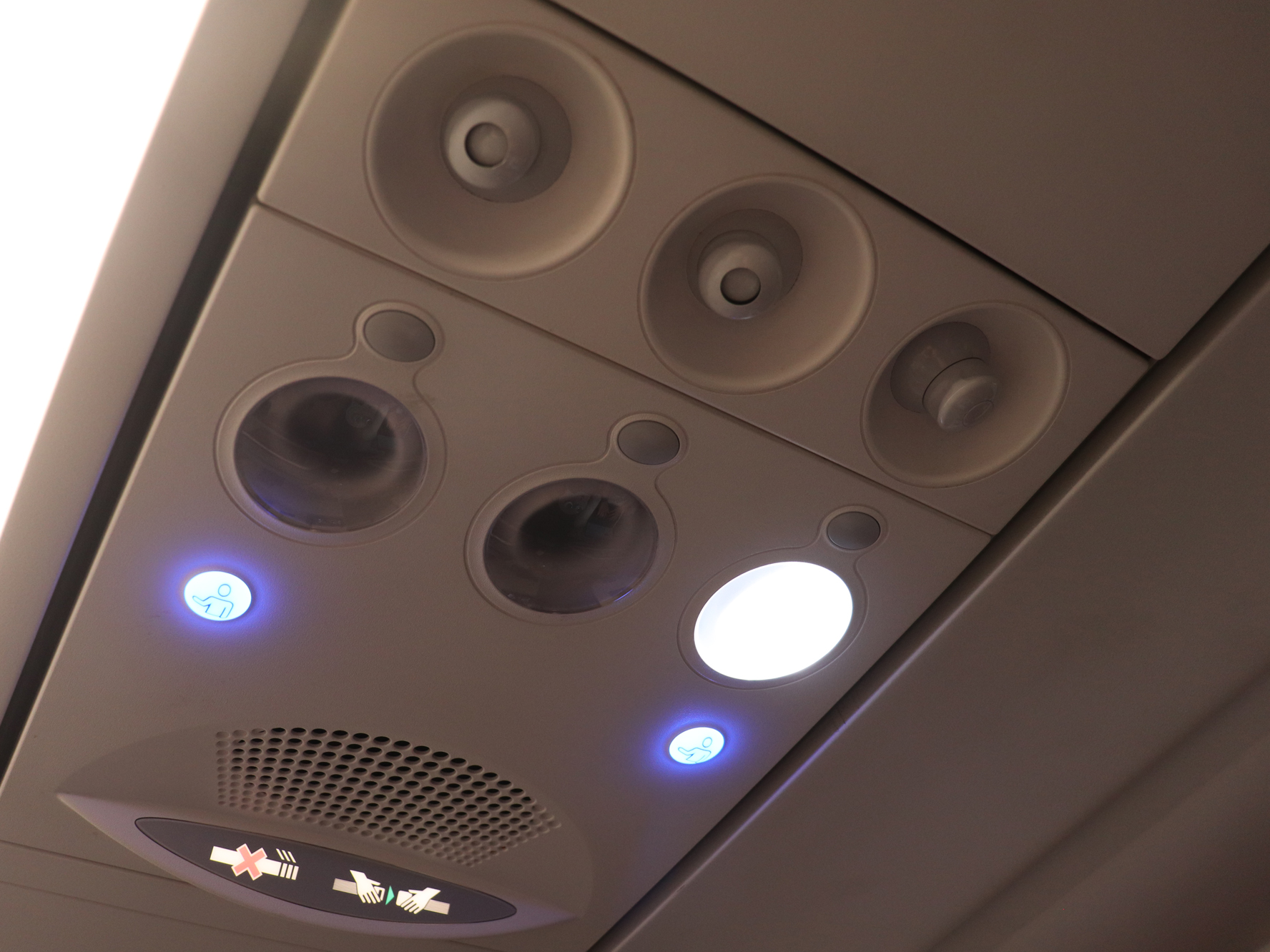 After most passengers were boarded, the dedicated first-class flight attendant came around to take orders for pre-departure drinks. They were served promptly in plastic cups — we wouldn’t get the real glassware until after takeoff. With a light load and nothing keeping us, we pushed back early from Orlando and headed to New York. Though I always pick the window seat, it proved pretty useless on the nighttime flight up the coast. Just before takeoff, the cabin lights were dimmed and we settled in for the two-hour and 33-minute flight to New York. They wouldn’t be turned on again for most of the flight. 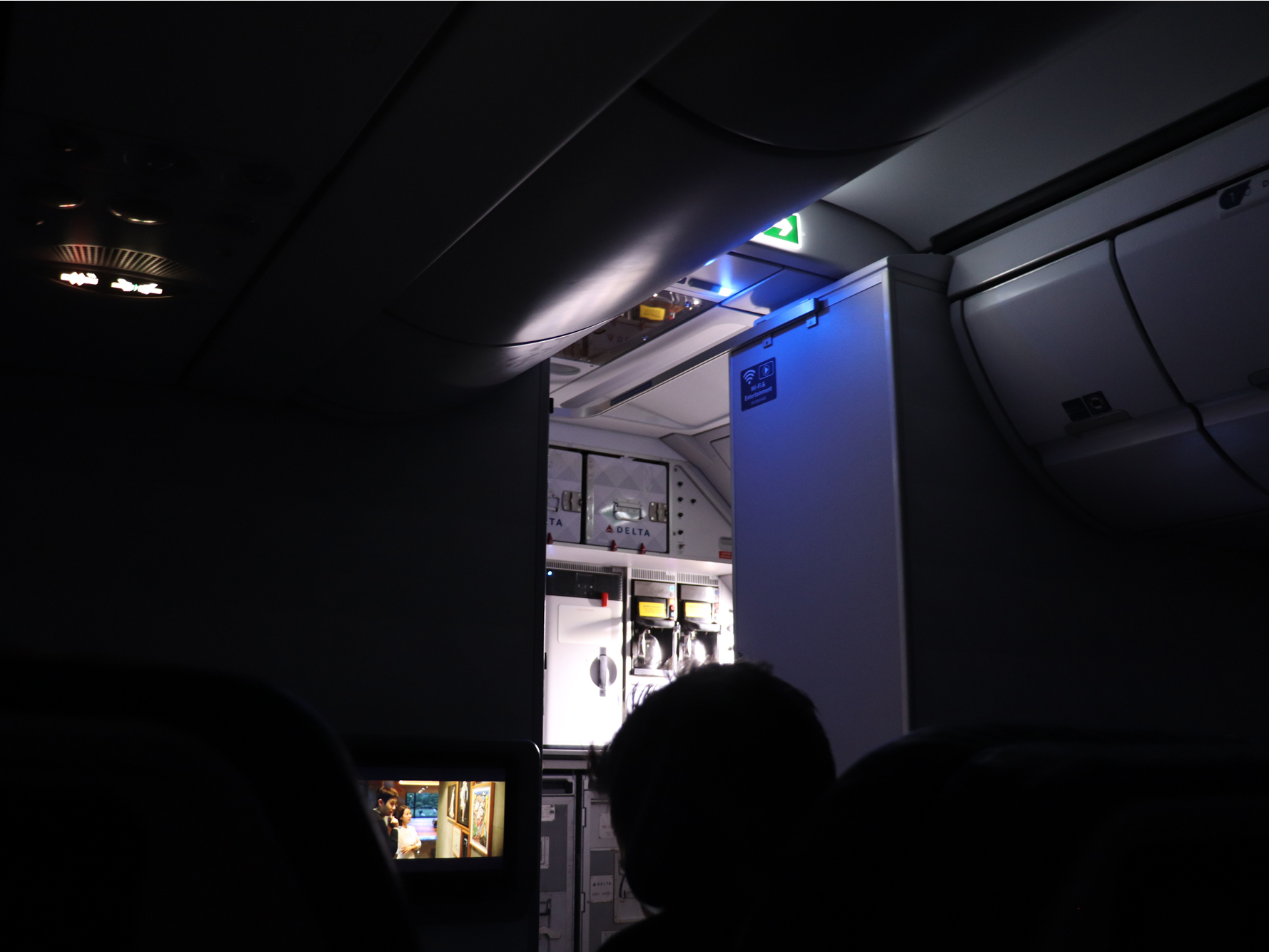 After takeoff, I took advantage of the pillow and blanket to get comfy for the uneventful journey up north as there was nothing else to do. There was WiFi on the plane but it was already late at night when my friends and family back in New York were likely already going to bed. 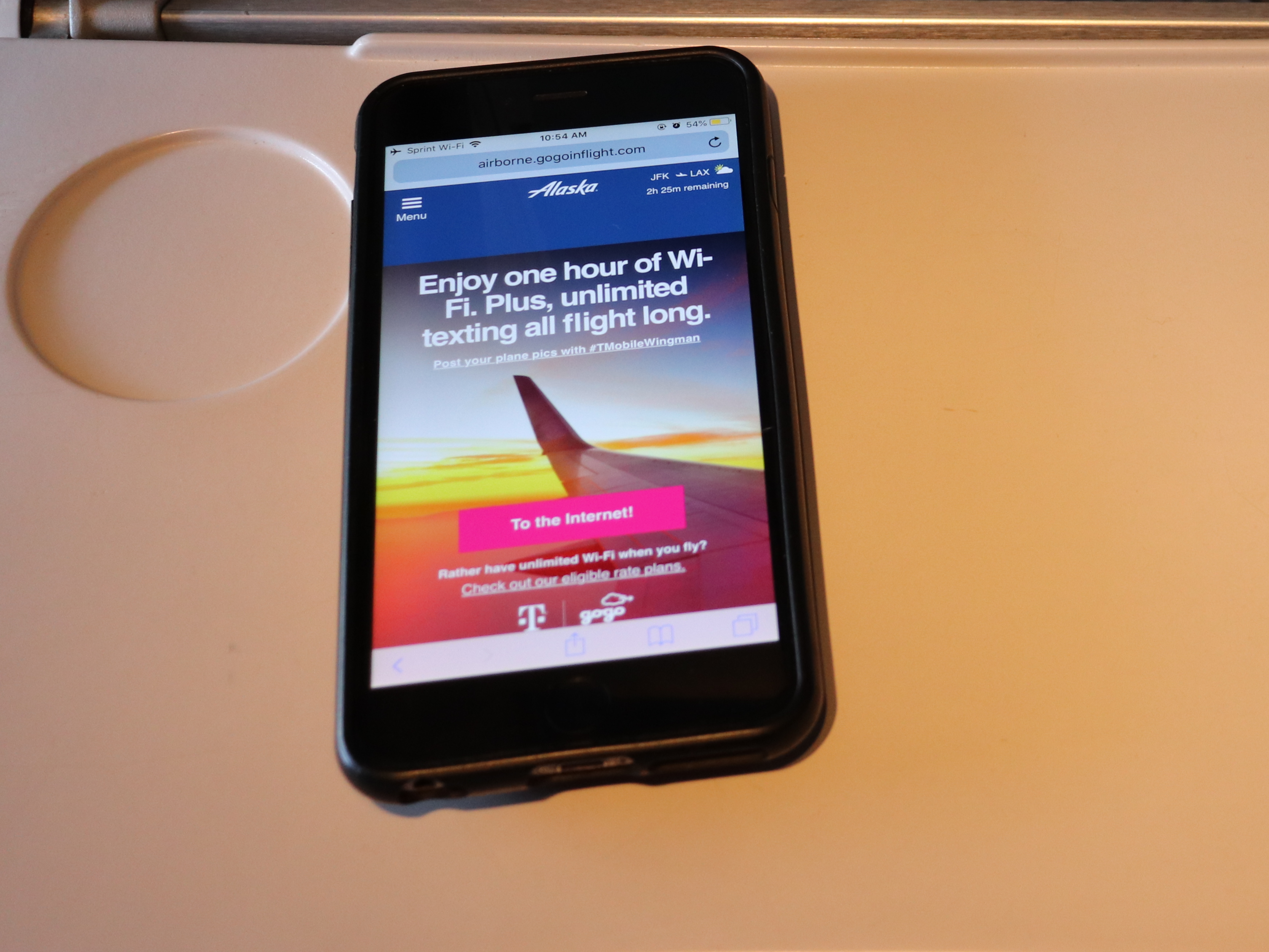 The in-flight entertainment screens were larger in first-class than economy and made for a nice viewing experience when watching the newest Rambo movie. It felt like I was in one of those movie theatres with reclining chairs. 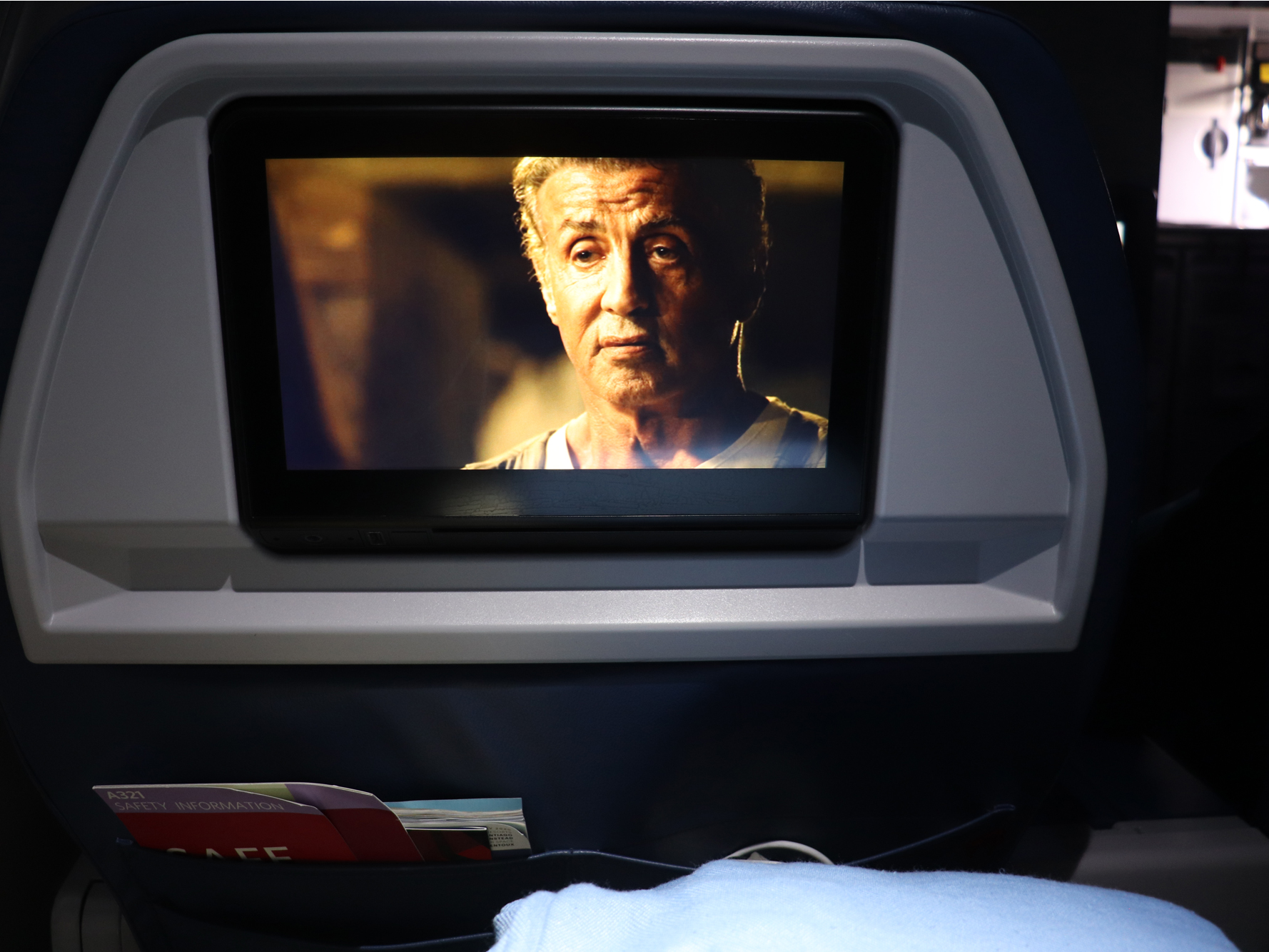 After getting settled in at our cruising altitude, the drink and snack service began for the flight. Even though Delta usually serves meals on Florida to New York hops, they stop offering hot meals on flights after 8 p.m. This meant that we’d only have a selection of snacks to choose from. The snack tray only came around once so this was the entirety of the service on the flight, a value of probably less than $US5. But there was no shortage of complimentary alcohol. We made the trip up from Florida back to the winter wonderland of New York City in less than two hours, though that was the only memorable aspect of the trip. 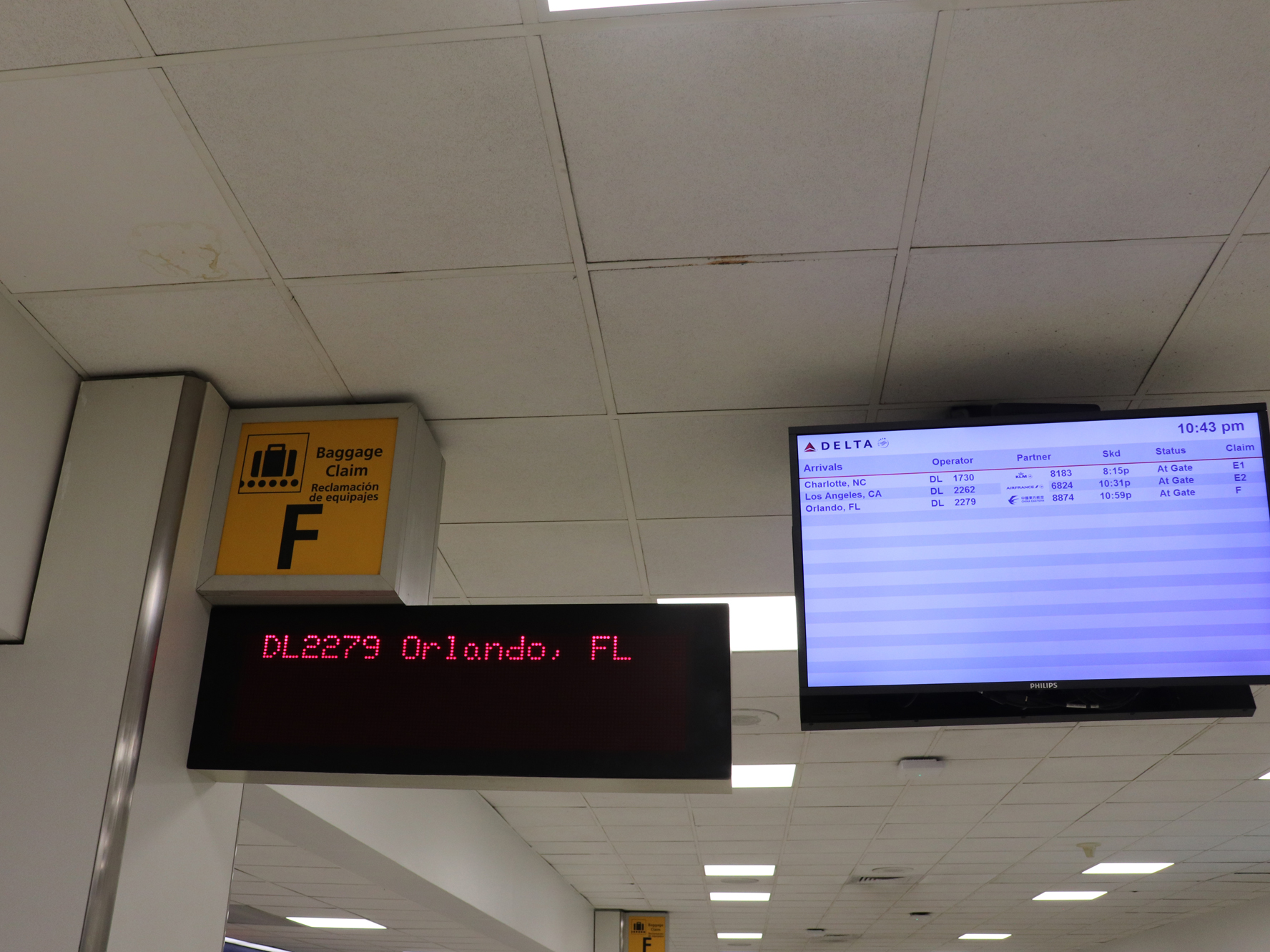 While I undoubtedly enjoyed the flight, I definitely would not have paid the $US159 upgrade price for what was basically a larger seat unless I was looking to earn extra miles.

Even with all the amenities such as two free checked bags and complimentary alcohol, the lack of service on the nighttime flight basically meant I’d be paying nearly $US200 for a bigger seat, which didn’t seem worth it.

Had I been travelling on a flight earlier in the day when there would have been a meal service, at the very least, it would have been a better value, but not on a nighttime flight when all we were given was a single drink and snack service.