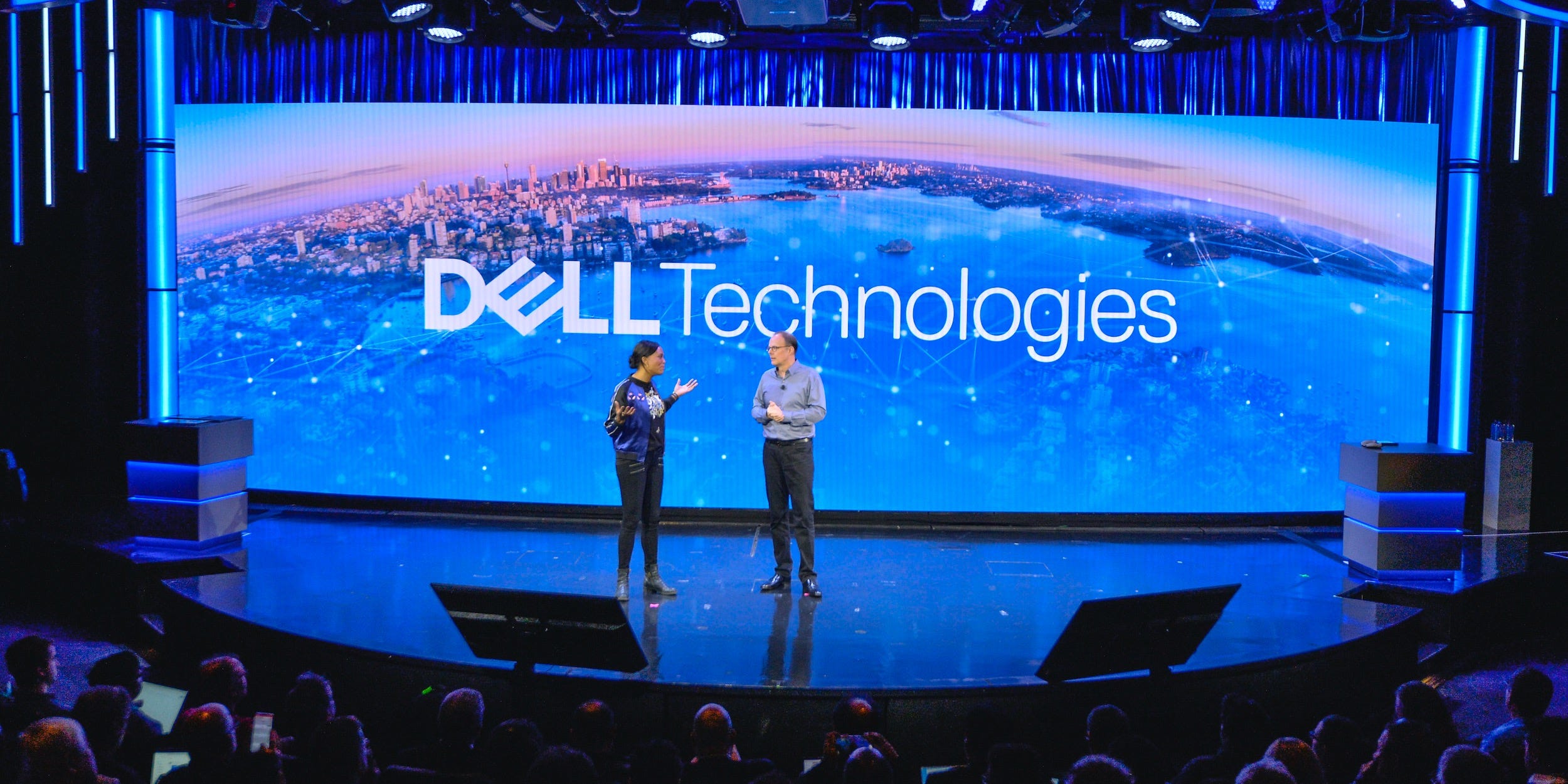 Jerod Harris/Getty Images for DellActress, Writer and Director, Aisha Tyler, and President of CLient Solutions Group at Dell Sam Burd help Dell kick off CES 2020 at their #DellExperience Live press conference, giving the world a glimpse of what the future holds for PC innovation on January 07, 2020 in Las Vegas, Nevada.

Dell stock surged as much as 17% on Thursday after the company confirmed rumours of a potential spin-off of cloud computing firm VMware.

The tech giant holds an 80.6% stake in VMware worth roughly $US50 billion. Spin-off talks remain in an early stage, according to a Wednesday press release. Dell’s announcement follows The Wall Street Journal first reporting the considerations in late June.

A spin-off would not take place before September 2021, and Dell aims to maintain a partnership with VMware if the plan comes to fruition.

“The strategic relationship with VMware has never been stronger,” CEO Michael Dell said in the release. “Regardless of the options we are exploring to create additional value, we are accelerating our strategy – which remains unchanged.”

VMware traded as much as 4.4% higher on the news.

Dell’s confirmation already earned some praise on Wall Street.Bank of America raised its price target on the company’s shares on Thursday to $US70 from $US60. The new target implies a 33% jump from Dell’s Wednesday close. The analysts led by Wamsi Mohan maintained a “buy” rating for the stock, noting the spin-off would be a “net favourable event” for both VMware and Dell shareholders.

“We think such a transaction, if it were to go through, could help unlock the value of core-Dell, which continues to trade at a low multiple, while as a separate company VMware would be able to pursue its own strategy for growth,” the analysts said.

Bank of America also sees such a transaction yielding a special dividend from VMware. The software firm has strong enough cash flow, and it could issue new debt in the event of a spin-off. Dell could then use cash from the dividend to pay off some debts and bring itself closer to an investment-grade rating, the analysts said.

Dell shareholders could even leave the spin-off with holdings of both Dell and VMware on a pro-rata basis, Bank of America added.

VMware traded as much as 4.3% higher on the news. 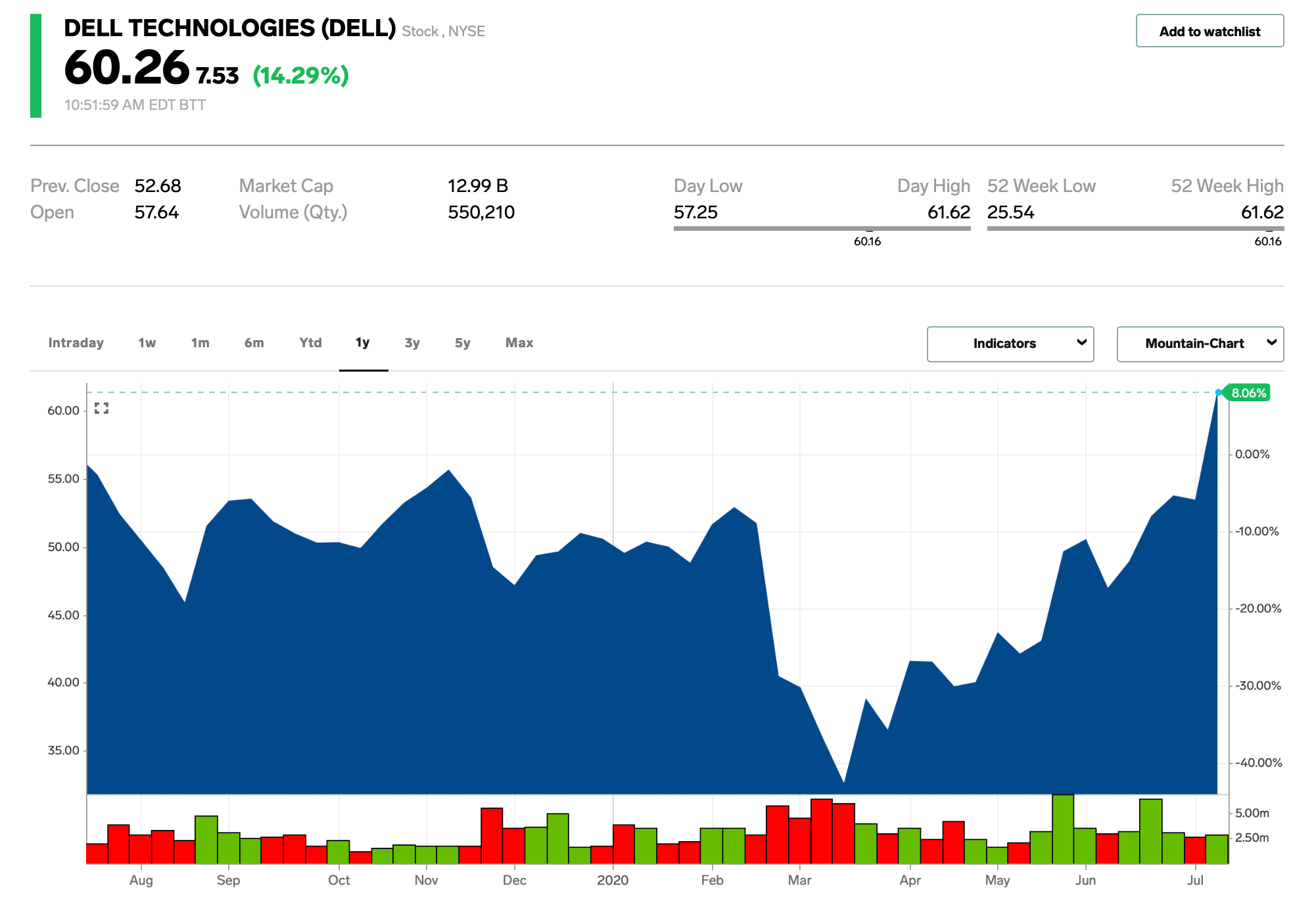