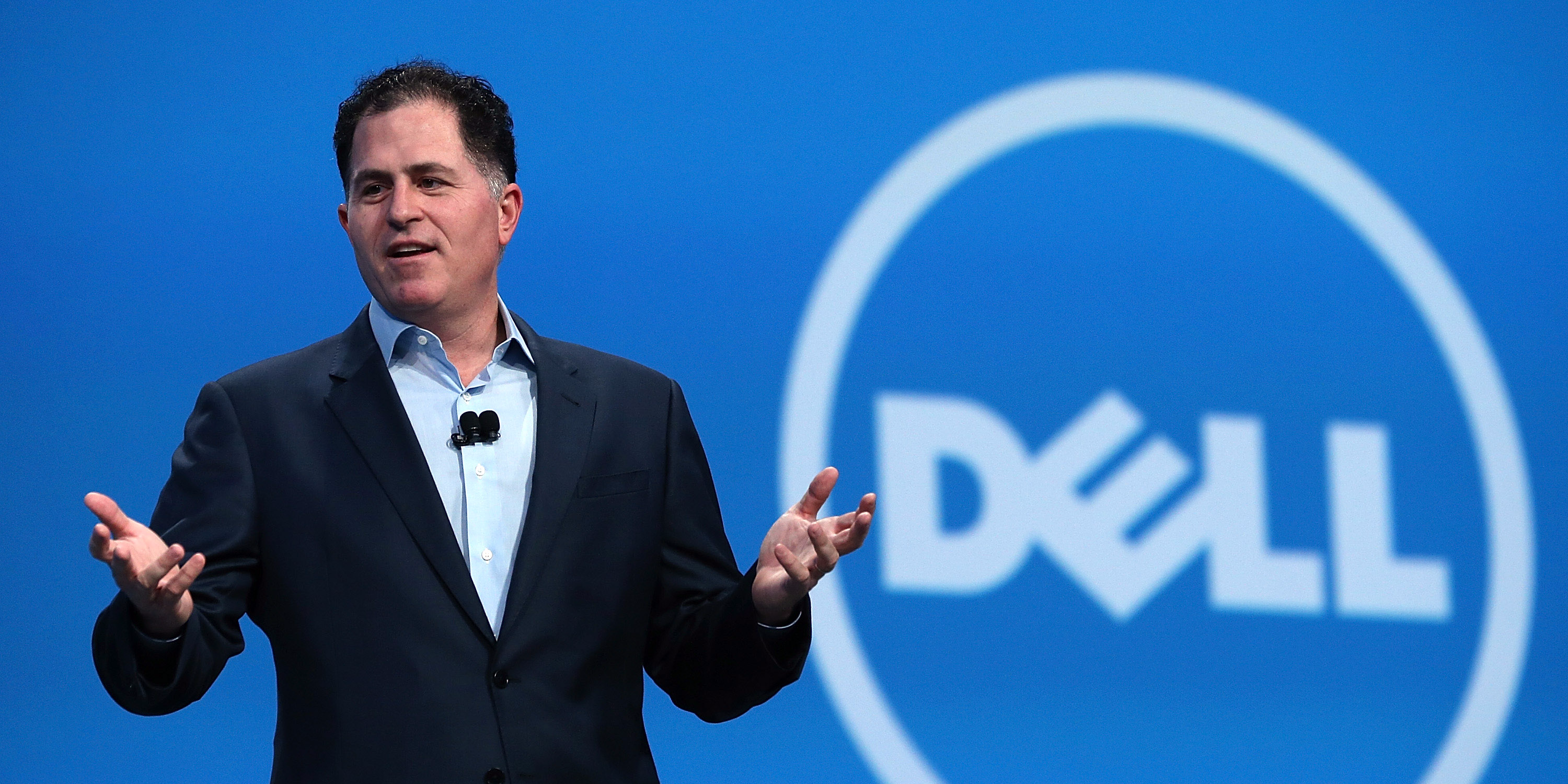 Dell is considering options including selling off its roughly $US50 billion stake in VMware or buying the rest of the cloud company in an effort to boost the value of its shares, The Wall Street Journal reported Tuesday, citing sources familiar with the matter.

Shares of Dell surged more than 15% in premarket trading Wednesday.

In the review, Dell’s goal is to address the gap between its market value and the size of its 81% stake in VMware, according to the report. At Tuesday’s close, Dell’s market value was roughly $US36 billion, about $US14 billion less than its VMware stake.

That signals that the market is assigning Dell’s core business very little value, something a separation might improve, WSJ reported. A transaction involving VMware could further be designed to help reduce Dell’s $US48 billion debt load, according to the report.

Shares of VMware also jumped more than 10% in premarket trading Wednesday to about $US164 per share.

The review is at an early stage and Dell might not decide to do anything, said WSJ, and any deal is unlikely to come this year due to tax reasons.

Shares of Dell are up about 9% year-to-date. 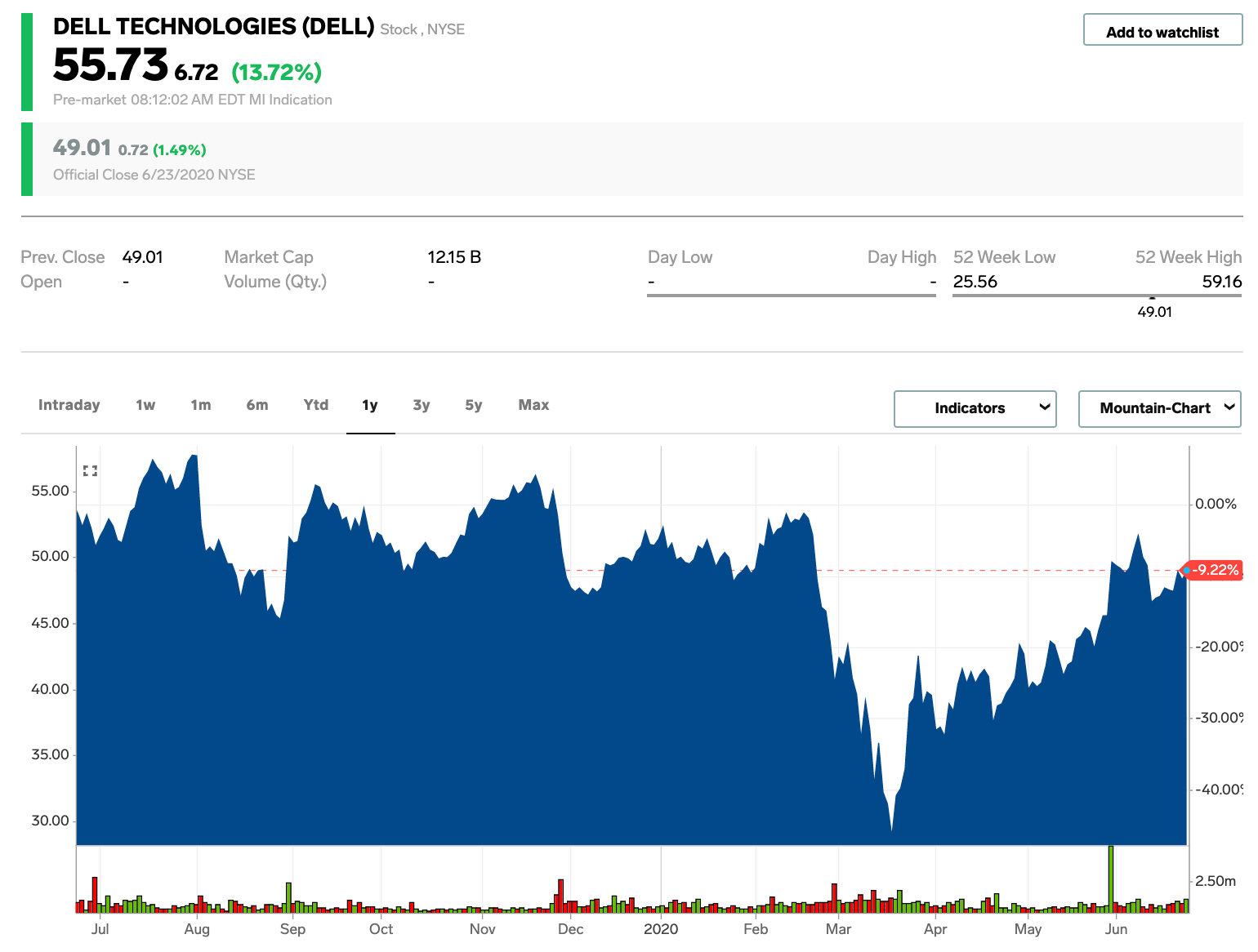