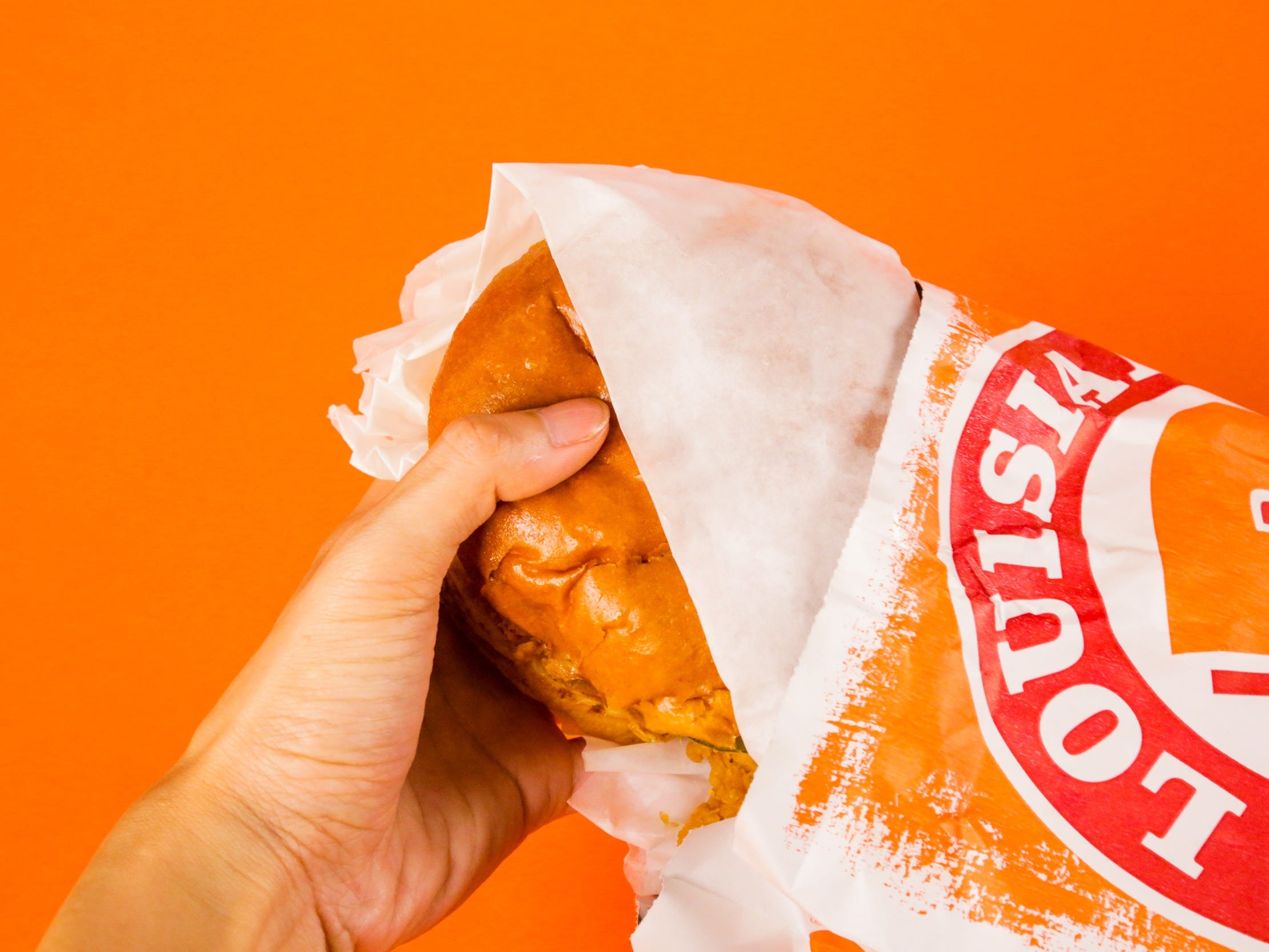 Irene Jiang / Business InsiderIt seems the key to getting people to care about a brand is simply offering them free stuff.

On Monday, Popeyes announced a new promotion: a free chicken sandwich combo with a purchase of $US15 or more.

The catch? Promo codes are given out at random to Postmates customers.

A press release emailed to Business Insider outlines the promotion’s parameters: random Postmates customers (including general users and Unlimited members) are emailed a code for a free Popeyes chicken sandwich combo redeemable with a minimum order of $US15. If they redeem it, another random Postmates customer will receive a code, and if that customer redeems it, yet another random customer receives a code, and so on until the chain dies out or Popeyes customers consume all the chicken on Earth.

Popeyes declined to share the specific number of codes it will randomly send out.

If this promotion seems a little confusing, the wizard behind the curtain would say it’s all part of a marketing push to get people to order more Popeyes delivery and stay hyped about the chicken sandwich.

Popeyes fans will remember that on July 8, the chain’s Twitter account posted a mysterious tweet that simply read, “pizza.” After a flurry of speculation, the chain released a video ad campaign the next day in which a Popeyes employee stalked pizza delivery drivers to their destinations and offered to trade deliver-ees their pizza for a Popeyes family meal. Popeyes’ Twitter name is now “Get Popeyes instead of.”

Popeyes’ “Pizza Party Crashers” campaign is reminiscent of a 2019 Burger King advertising stunt in which the chain promised customers one-cent Whoppers if they went within 500 feet of a McDonald’s location. Burger King’s stunt paid off, driving four million downloads of the chain’s new mobile app.

However, “Pizza Party Crashers” seems to be significantly less successful, with fewer than 700 views on YouTube at on Friday, July 10, over a day after it was released. For reference, a Popeyes free delivery promo video from early April had over 32 million views.

It seems the key to getting people to care about a brand is simply offering them free stuff. Therefore, the combo code gift chain may be more successful at generating enthusiasm than “Pizza Party Crashers” was. Only time – and Twitter – will tell.