The staff at the Manhattan speakeasy Patent Pending are doing something that not too long ago was against the law.

Around the world, bars and restaurants hamstrung by coronavirus safety orders are trying to make ends meet by selling cocktails to go.

It’s a strategy that wasn’t previously possible in most parts of the United States because of restrictions on liquor sales. But many states have begun to ease these restrictions as the health crisis has led to plummeting sales in the service industry.

New York became one of the first states to allow to-go cocktail sales in mid-March following an order from Governor Andrew Cuomo. It was welcome news to Ryan McKenzie, managing partner of Patent Pending, which laid off its entire staff of 20 after the pandemic hit and bars were forced to close.

“We got that email at 3 o’clock,” McKenzie said. “We had an hour and a half to prep and plan, and by 5 o’clock we were delivering cocktails.”

Now they’re mixing, packing, and delivering about 50 cocktails per day. 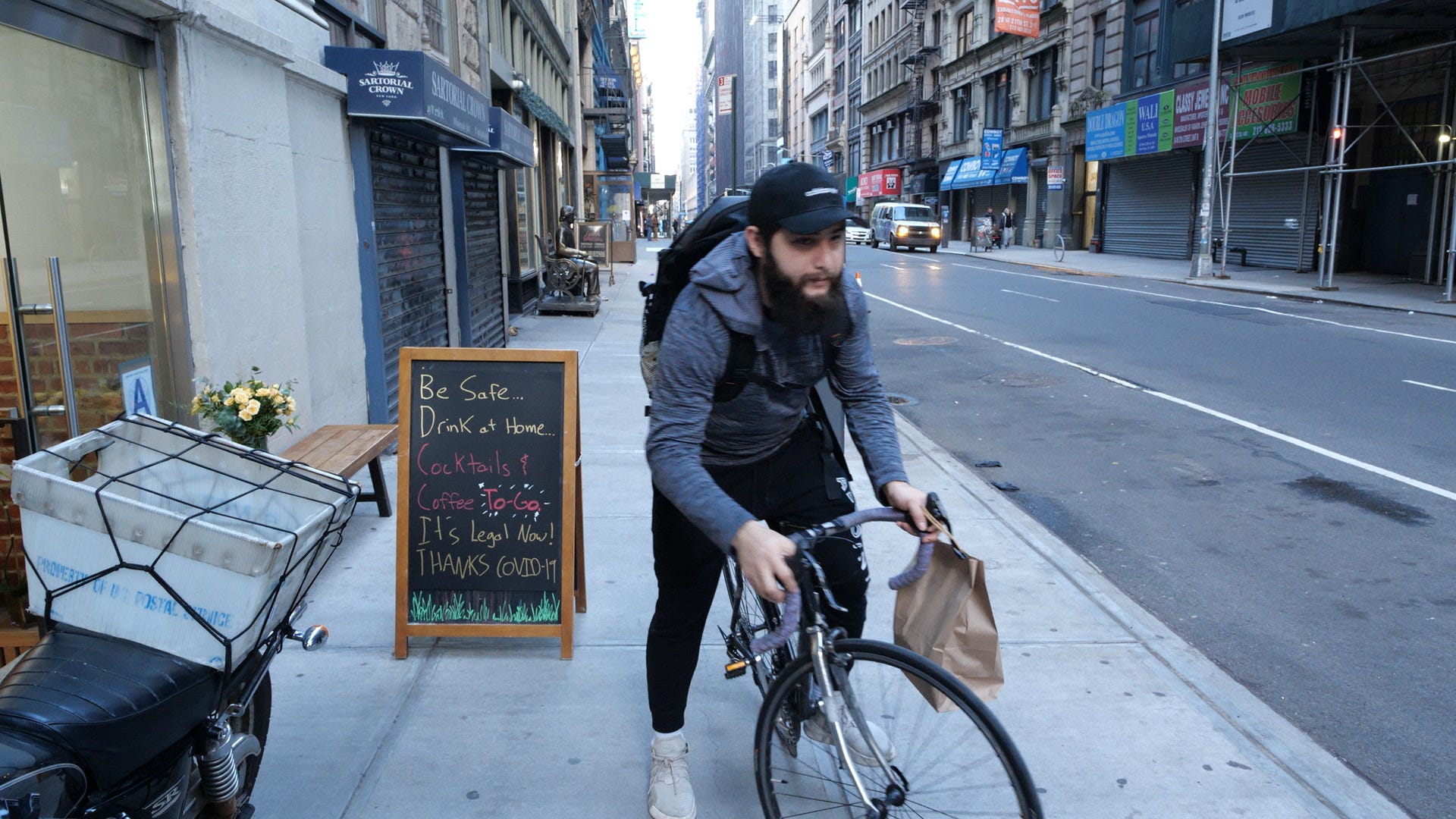 Adam Miller/Business Insider TodayBars across the country are trying to stay afloat during the coronavirus pandemic with delivery cocktail services.

But the revenue isn’t the same. What the bar makes in a full day of cocktail delivery is what it usually makes in less than two hours of normal business, McKenzie said. And there is only enough work to bring back two or three staff members, who work at modest wages.

That’s on part with an industrywide trend. Half of the nation’s 12 million restaurant workers have lost their jobs, and restaurants are on track to lose more than $US240 billion by the end of the year, according to the National Restaurant Association

“The bigger picture here is what the hell are we doing, right” Like, this is not sustainable,” McKenzie said. “While we stay in business, you know, there are 18 other people out there without paychecks coming in.”

Bars around the world face similar challenges, but some are taking a different approach than their American counterparts. 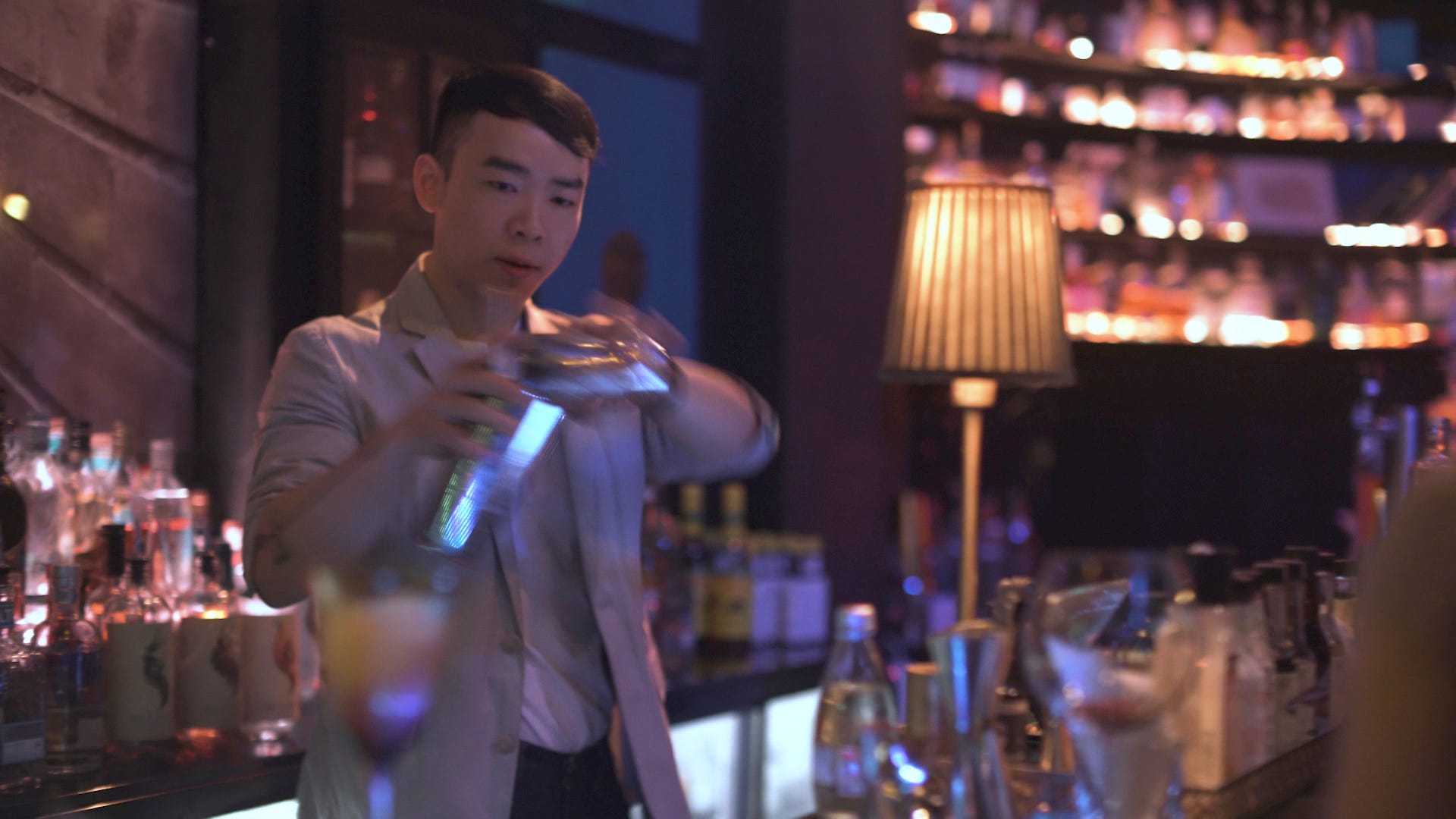 Hope & SesameHope & Sesame, a bar in Guangzhou, China, has continued to offer its cocktail delivery service since it reopened.

The renowned cocktail bar Hope & Sesame in Guangzhou, China, was closed for over two months. But the bar’s managers decided to try to-go cocktails as a new revenue stream, rather than a temporary nuisance.

“China was the first country that this virus affected, so we didn’t have anyone to look at for help or for guidance,” co-owner Andrew Ho said. “So we really had to prepare for the worst.”

They created a new cocktail menu and sleek packaging using a canning machine. The project allowed them to keep their full staff of 20, who developed and launched the new products.

Delivery cocktails are rapidly taking off in China during the pandemic, in part because restaurants were able to piggyback off the infrastructure of the food delivery industry, which already serves 460 million customers a year. 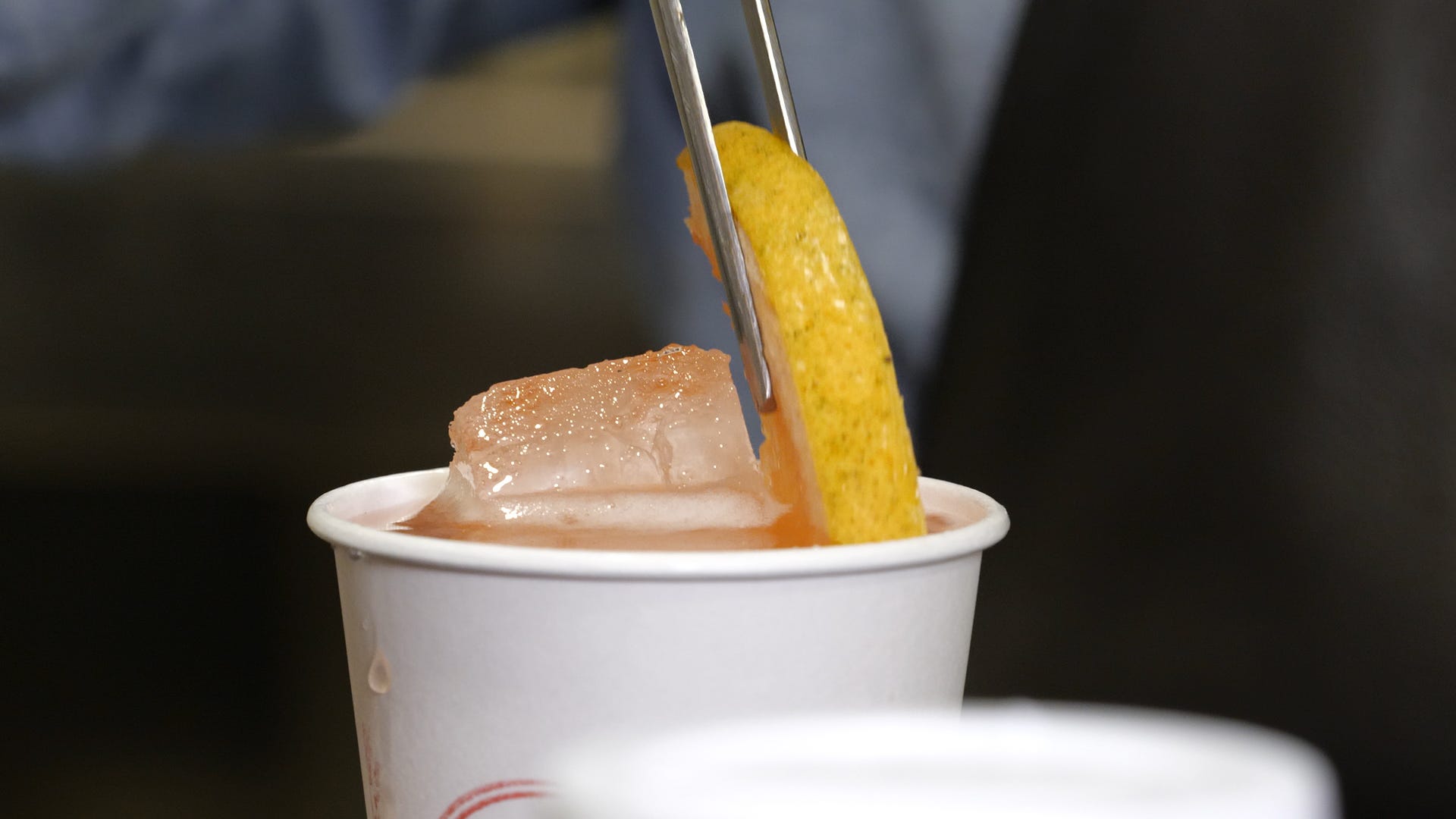 Hope & Sesame has since reopened, but is continuing its cocktail delivery service.

Meanwhile, back in America, it’s too early to know if to-go cocktails are here to stay. But Patent Pending continues to scrape by on its daily to-go service.

“We don’t lie down and just let things happen to us. So we’re trying to fight every day to stay open,” McKenzie said, “and make sure that people have a job to come back to.”