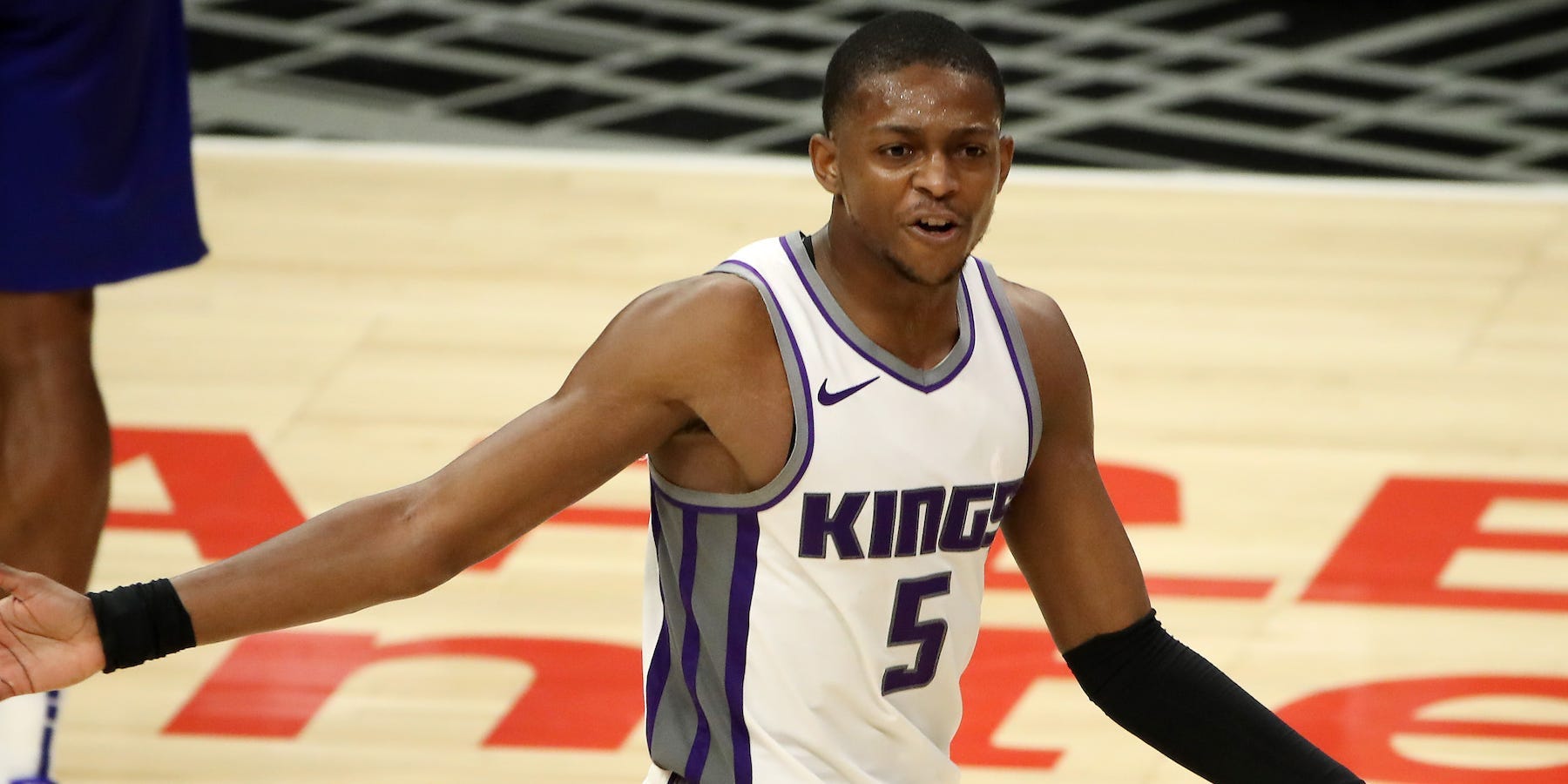 Count Sacramento Kings guard De’Aaron Fox among those questioning the possibility of an NBA All-Star Game this season.

On Wednesday, Fox told reporters that he felt the idea was “stupid,” given the league’s intense COVID-19 protocols.

“If I’m gonna be brutally honest, I think it’s stupid,” Fox said. “If we have to wear masks and do all this for a regular game, then what’s the point of bringing the All-Star Game back? But obviously, money makes the world go ’round. It is what it is.”

Twenty-four games have been postponed this season due to COVID-19 due to team outbreaks or being left without enough active players.

The postponements have caused the NBA to tighten its protocols, including players wearing masks when they’re not playing, not hugging each other before or after games, and staying in their hotels or homes when they aren’t taking part in team activities.

According to Wojnarowski, discussions between the league and players union have focused on “transporting players in and out of Atlanta in a significantly shorter window of time than what would be required on a typical All-Star weekend, sources said. Safety protocols are among the details still being ironed out.”

Fox is averaging 22 points and 6 assists per game and could be selected to the team.

Asked on Wednesday if he would take part in the game, he said: “You know you get fined if you’re supposed to be in it, and you’re not hurt, and you decide not to play? That’s a hefty fine, so hell yeah, I would play in it.”

Fox then added, “I hope I don’t get fined for saying that.”

In an SB Nation poll, 61% of voters said they didn’t believe there should be an All-Star Game this season â€” an exhibition during the pandemic.

According to Wojnarowski, while the league and union believe enough of the top players would participate in the game, there may be opt-out clauses this season.