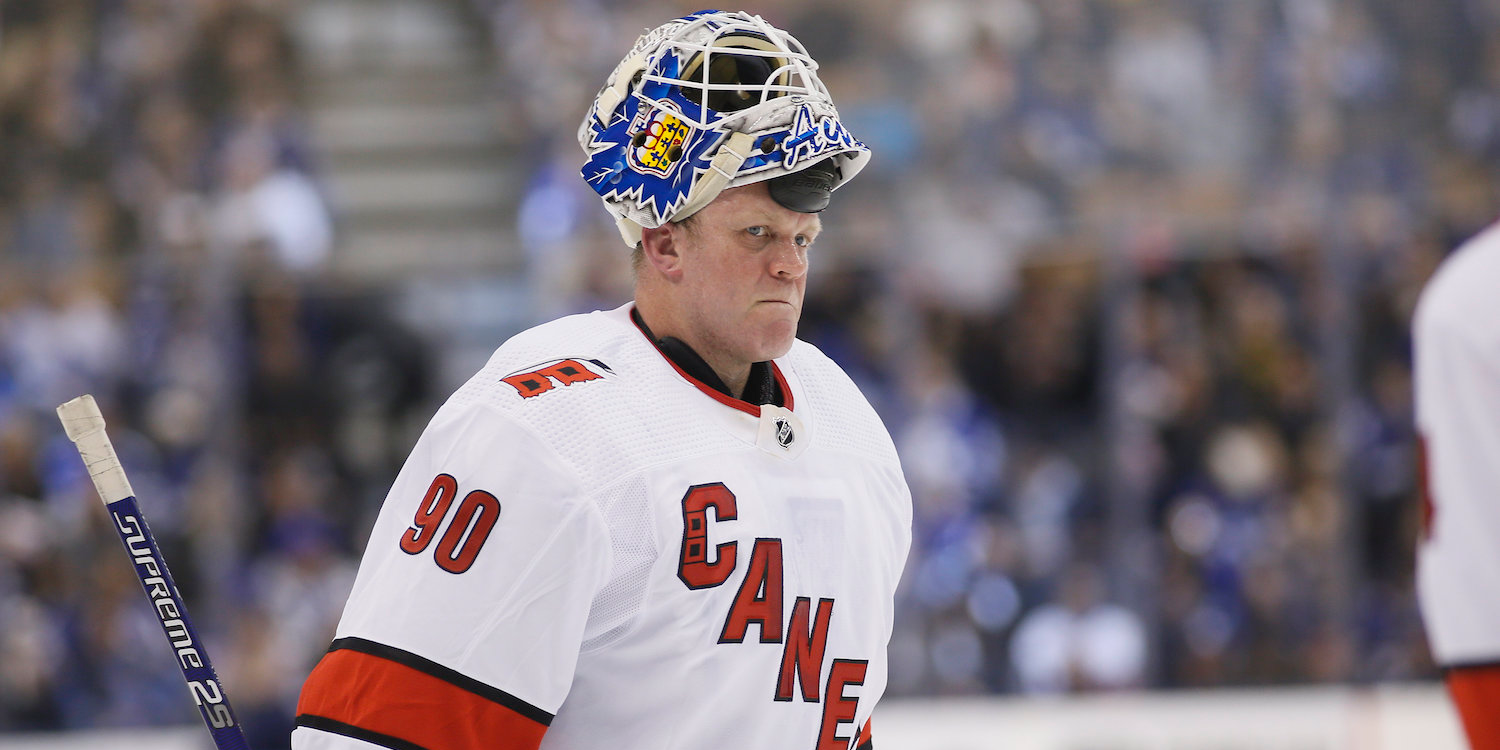 The Carolina Hurricanes found themselves in quite a bind in Toronto Saturday night.

The team’s starting goalkeeper, James Reimer, went down with an injury after colliding with one of Carolina’s defensemen early in the first period. Shortly after that, backup netminder Petr Mrazek suffered an injury after a scary collision of his own.

That left David Ayres – the 42-year-old Zamboni driver and designated emergency goalkeeper – as the only option to man the net.

And, miraculously, he skated away with the win, becoming the oldest goalie to win his regular-season debut in NHL history. 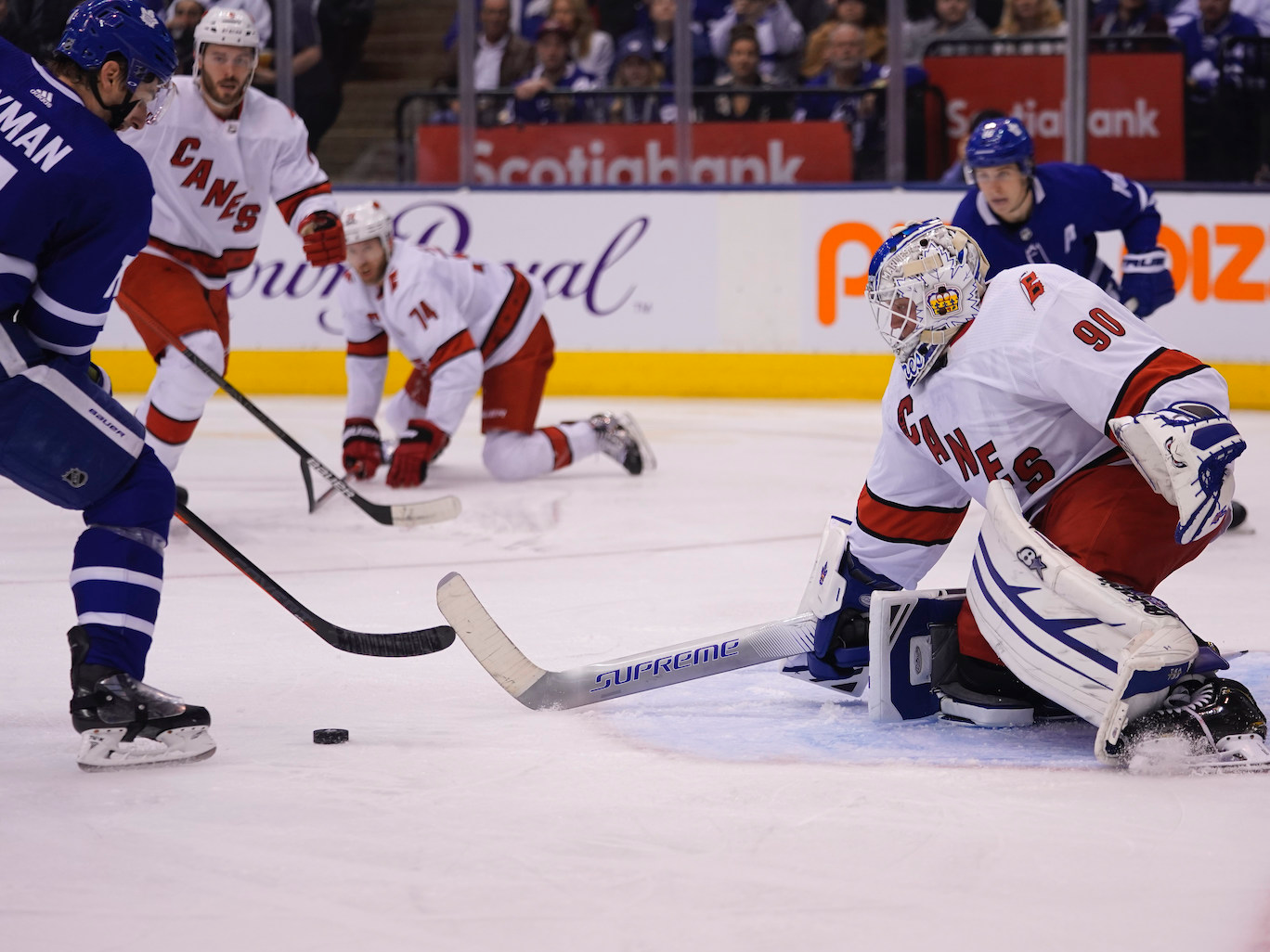 John E. Sokolowski-USA TODAY SportsThe 42-year-old Zamboni driver had long dreamed of playing in the NHL but believed a kidney transplant he received 15 years earlier may have ended his chances.

Ayres’ path to the pros was far longer than his trip down the tunnel and onto the ice may indicate. Fifteen years before his shining moment, the then-aspiring NHL goalkeeper had a kidney transplant with his mother, Mary, as the donor.

“I never thought I’d play hockey again at that moment,” Ayres said Saturday, per NHL.com. “To go from that to what happened tonight is just unbelievable, unreal.”

If any amateur could truly be ready to be thrust into the spotlight in such spectacular fashion, Ayers was the guy. He had spent eight years as the practice goalie for the Toronto Marlies – the city’s AHL franchise – before spending the past three years with the Maple Leafs.

Toronto’s first two shots on the emergency goalie found the back of the net, but once he shook off his nerves, Ayers more than held his own. He made saves on the next eight shots he faced, earned credit for a shot on goal, and came away with the win when his newly-minted Hurricanes teammates weren’t even sure they’d have someone in the net.

“I wasn’t sure what was going to happen,” Carolina captain Jordan Staal told NHL.com. “I mean, I’ve been around the game a long time, but this was a new one.”

“I wasn’t sure if there was another goalie in the building ready to go,” Staal added.

Once they came away with the win, the Hurricanes lauded Ayres for his efforts, cheering loudly and chanting, “Dave! Dave! Dave!” as the hero of the night made his way into the locker room. And even though they didn’t have any champagne on hand, Carolina players sprayed Ayres with water to celebrate his unbelievable performance.

A memory we'll all have forever pic.twitter.com/LUxqs8o3Wr

Ayers walked away with $US500, his game-worn jersey, and the adoration of hockey fans across the league. His inspiring story has been picked up by nearly every major media outlet, and he’s even had to deny rumours that he had an interest in signing with another NHL franchise. All this after starting the night sitting in the stands with his wife.

“It’s pretty special,” Hurricanes coach Rod Brind’Amour said. “You know, I told the guys after the game to thank him because that just gave me an incredible memory. … What a moment for him that he can have the rest of his life. That’s incredible. That’s why you do this.”