A report out today claims the Internet of Things (IoT) can “supercharge” Australia’s next wave of economic growth to the tune of $308 billion.

Across those sectors, it found IoT could help grow their productivity levels by 2% per annum, equivalent to between $194 and $308 billion in GDP over the next 8-18 years.

And it all comes down to data. Or rather, how we use the countless reams of data IoT devices are already collecting as they grow toward an estimated 30 billion by 2020 worldwide.

The key to putting that data to its best work is artificial intelligence.

“As IoT has matured, the highest value of an IoT solution is no longer sensors and actuators, rather in artificial intelligence,” ACS President Yohan Ramasundara said.

“We often hear that data is the new fuel for the digital economy, it is however crude oil, and needs to be refined.

“Artificial Intelligence via software applications is the refinement process, and it is here where Australian can become a market leader developing scalable solutions that can be taken to the rest of the world.”

A separate report from the ACS last year noted that by 2050, the average farm will produce 4.1 million data points per day thanks to IoT. And it will need to be processed in real time to improve yields, make better predictions and reduce costs.

As for the devices themselves, the report found that IoT hardware, software, solutions and communications systems could be worth up to $30 billion to Australia’s tech sector alone by 2023.

“Agriculture and resources continue to dominate Australia’s exports, and we do well exporting education to the rest of the world,” ACS President Yohan Ramasundara said.

“Technology wise however, there isn’t anything ‘smart’ in our top ten exports. IoT provides an opportunity to change all that.”

First of all, there is a range of telling factors and milestones behind the rise of IoT between now and 2023:

In terms of IoT units installed, those in the average home will rise from 4 today to 31 in 2023, while businesses will host an average of 18 units, up from 2.

Here are the key findings from the report on what opportunities that could provide for the following five industries:

Slow to adopt process innovations, yet characterised by physical activities and technical equipment.

Yet to follow other industries in reinventing delivery models, tech base and value chain. Potential impact of IoT on broader healthcare sector is “enormous”.

Adopting IoT technology would help primary producers increase yields and reduce costs, which in turn would lift profitability and improve the competitiveness of Australian produce in international markets.

It identified eight crucial areas where Australian industry could snare a $315 billion share in the “$10-$15 trillion” global opportunity as technological advances ramp up.

Some estimates have put the global value of the IoT industry alone by 2030 at $5-$6 trillion.

You can read the full ACS report here. 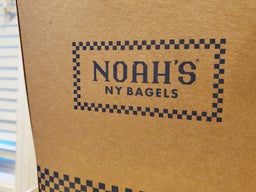