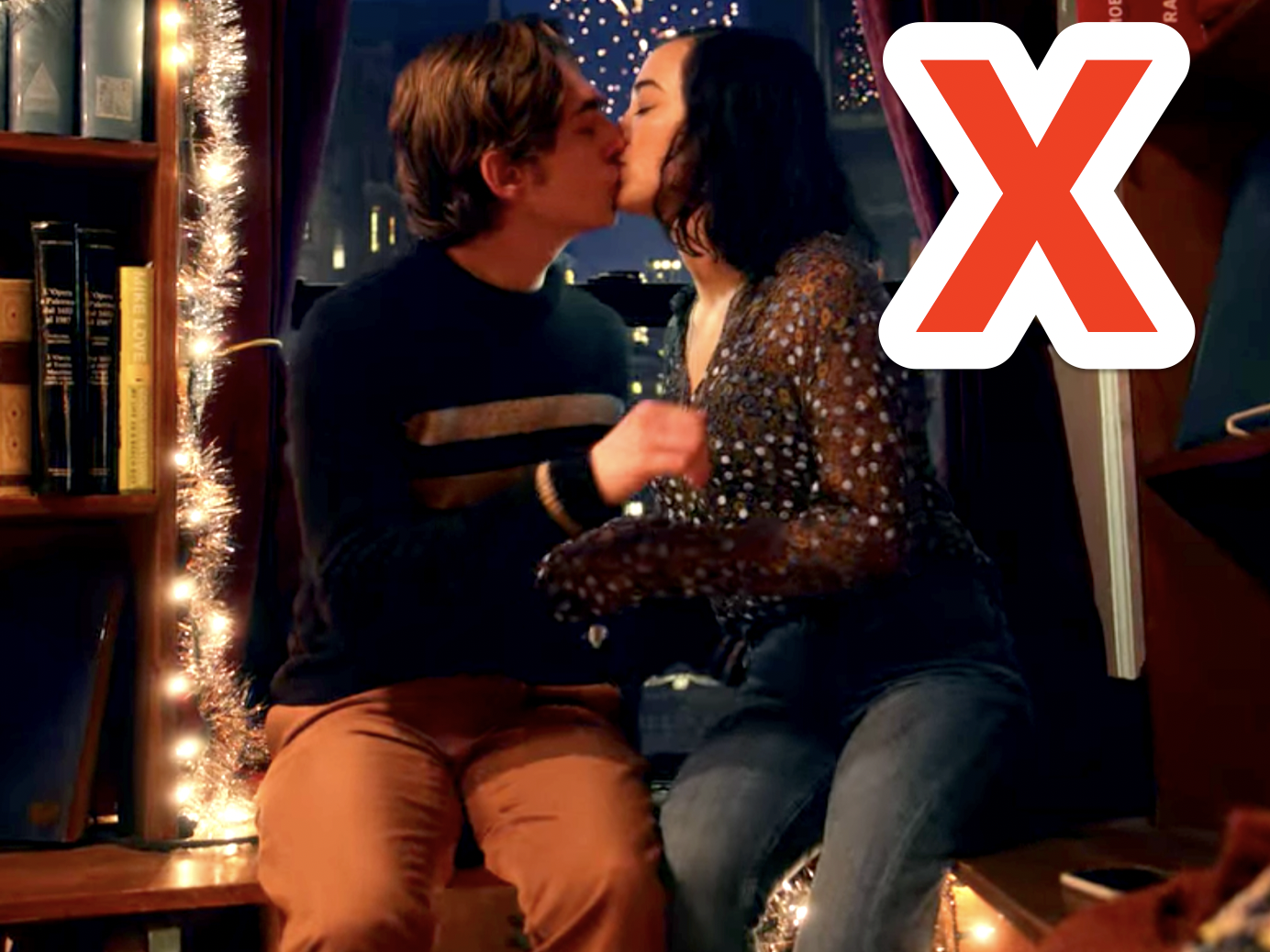 NetflixThe endings of the book and the show are very different.

“Dash and Lily” is a new Netflix original series that follows two Manhattan teenagers as they anonymously exchange messages and challenges with each other via a notebook.

The holiday romance is based on the young-adult novel “Dash and Lily’s Book of Dares” by Rachel Cohn and David Levithan, and the show kept the fast-paced tone of the book â€” but it scrapped a number of key plot points that ultimately changed the entire ending.

Here are some of the major ways the show’s ending is different from the book’s:

Warning: This post contains spoilers for the “Dash and Lily” book and TV show.

Edgar and Sofia play crucial roles on the show, but not so much in the book 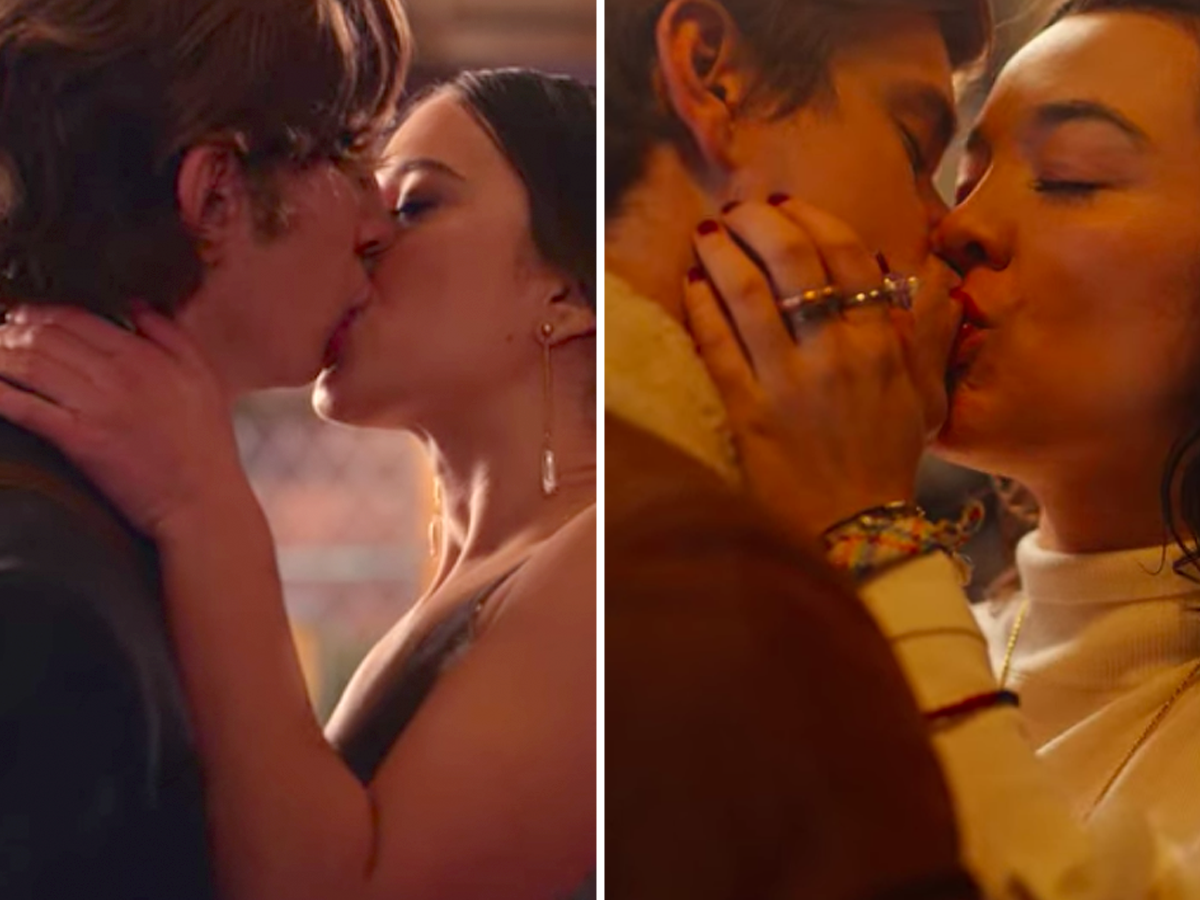 NetflixDash and Lily don’t kiss other people in the book.

On the show, Dash’s ex-girlfriend Sofia whisks him away for a romantic night in an empty museum on Christmas Eve. While they’re there, they kiss, and she tells him that she wants to get back together with him.

But in the book, their relationship is purely platonic, and she doesn’t really do anything to throw a wrench in Dash and Lily’s budding romance.

Similarly, there’s another added kiss on the show that ends up being quite dramatic. When Lily gets drunk at a bar with her caroling group on Christmas, Edgar kisses her, unfortunately, right when Dash walks in.

In the book, Dash goes to the bar and sees Lily and Edgar hanging out together â€” not kissing â€” but he’s more upset that she drunkenly dropped their notebook on the floor than he is by Edgar’s presence. 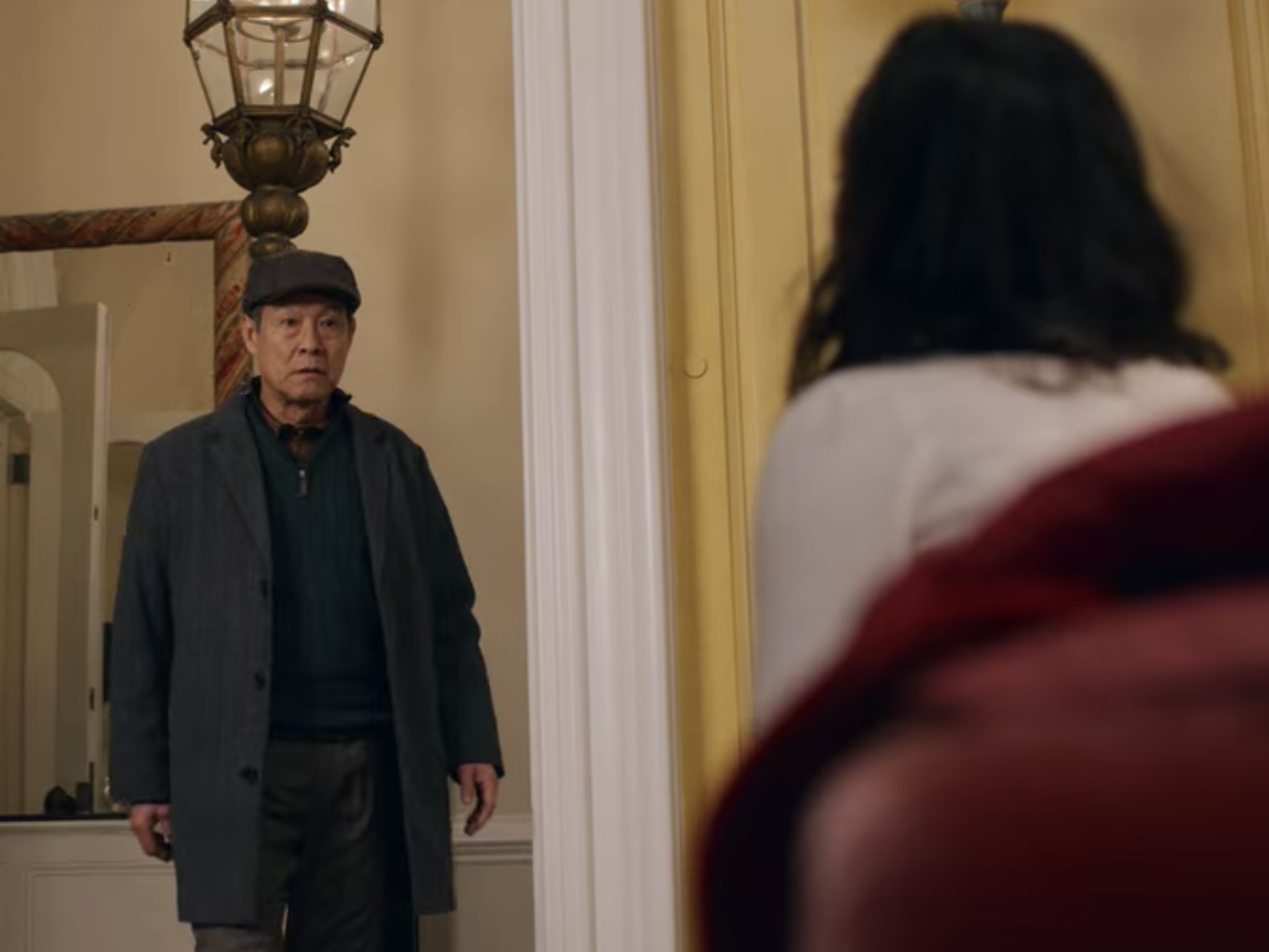 NetflixHer grandfather turns up at her great-aunt’s house on the show.

After finding Lily at the bar with Edgar and realising how drunk she is, Dash decides to take her to her great-aunt Mrs. Basil E’s house because he knows she won’t get in as much trouble there.

This works out well for the rebellious teen in the book because Mrs. Basil E lets her stay the night, but on the show, her grandfather picks her up and sees her drunk.

This is the main reason she gets in trouble with her family on the show, and primarily why her parents are going to make her move to Fiji with them for her father’s new job. 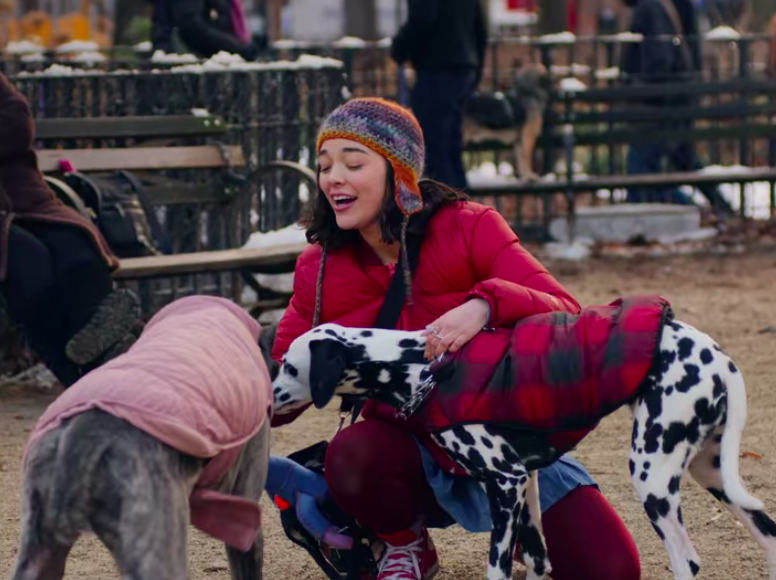 NetflixLily still walks dogs on the show, but Boris doesn’t make an appearance.

In the book, Dash becomes a prime suspect on the WashingtonSquareMommies blog when he accidentally hits a child in the eye with a snowball after a group of kids instigate a fight with him.

After the snowball-fight incident â€” while they’re still on the outs following the bar escapade â€” Lily and Dash run into each other while she’s walking a massive dog named Boris.

The dog drags them to Washington Square Park, charges the same kid that Dash hit with a snowball â€” evident by his eye patch â€” and knocks over a nearby stroller, sending the baby inside soaring.

Luckily, Lily catches and saves the baby, but the parents recognise Dash and accuse him and Lily of trying to kidnap the child. After they call the cops, Dash, Lily, and Boris are taken to the station in a squad car so the police can review the video footage from the park.

Though Dash and Lily aren’t charged with anything, the incident still makes the news, and Lily’s parents and grandfather aren’t happy when they find out about it â€” which is a major reason for her punishment in the book.

None of the above happens on the show at all. 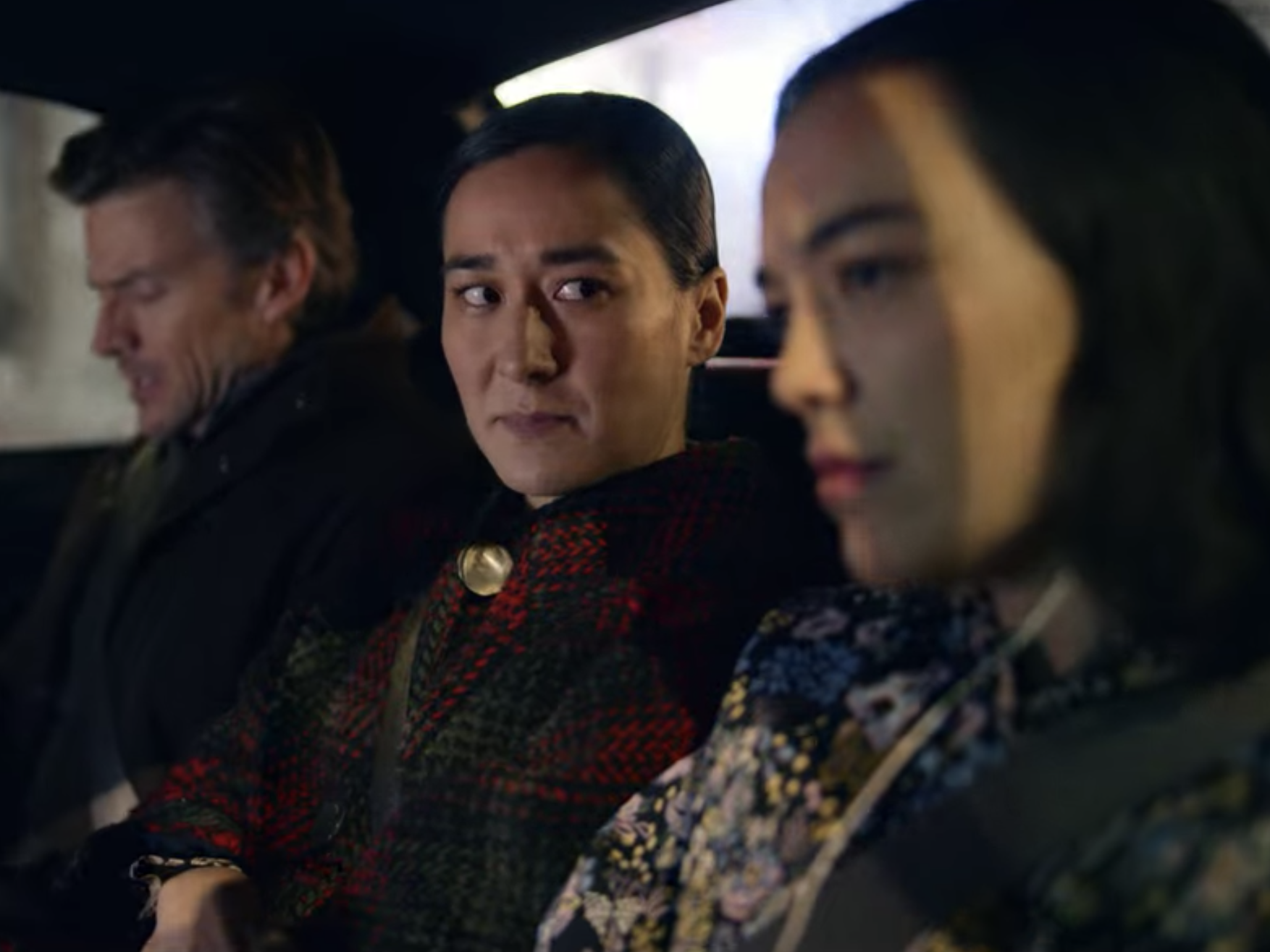 NetflixLily’s parents come home much earlier on the show.

On the show, Lily’s parents come home early from their vacation to celebrate Christmas with their family and make dramatic plans to move to Fiji on New Year’s Eve.

Three hours before midnight, Lily and her parents get in a cab that’s headed to the airport, and she doesn’t see Dash’s note about meeting at The Strand to celebrate the holiday and say goodbye.

When her brother Langston finally texts her a picture of the message Dash left in the notebook, she hops out of the cab without explaining anything to her parents and runs through the crowded streets of New York City to meet him. NetflixThey still end up at The Strand in the book and on the show.

Inside The Strand, Dash has filled the bookstore with decorations and food inspired by their notebook dares so Lily can relive their version of NYC one last time before her move.

They kiss in the festively decorated bookstore where their love story began before Lily realises they have accidentally locked themselves inside.

After she gets ahold of her grandpa â€” who tells her she can stay in NYC with him and her great-aunt instead of moving to Fiji â€” they snuggle up in the window and watch New Year’s Eve fireworks.

New Year’s Eve goes down differently in the book since Lily’s parents are on their way back from their Fiji vacation and there’s no impending threat of getting on a plane at midnight.

Dash and Lily meet up with each other much earlier in the day for a cooking date at Boomer’s famous aunt’s celebrity kitchen. Then it’s Lily who gets them into The Strand so Dash can see the complete Oxford English Dictionary set â€” which he previously told her was his dream Christmas gift â€” in the bookstore’s basement.

They still get locked in the bookstore overnight and end up kissing, but that’s about as far as the similarities go.