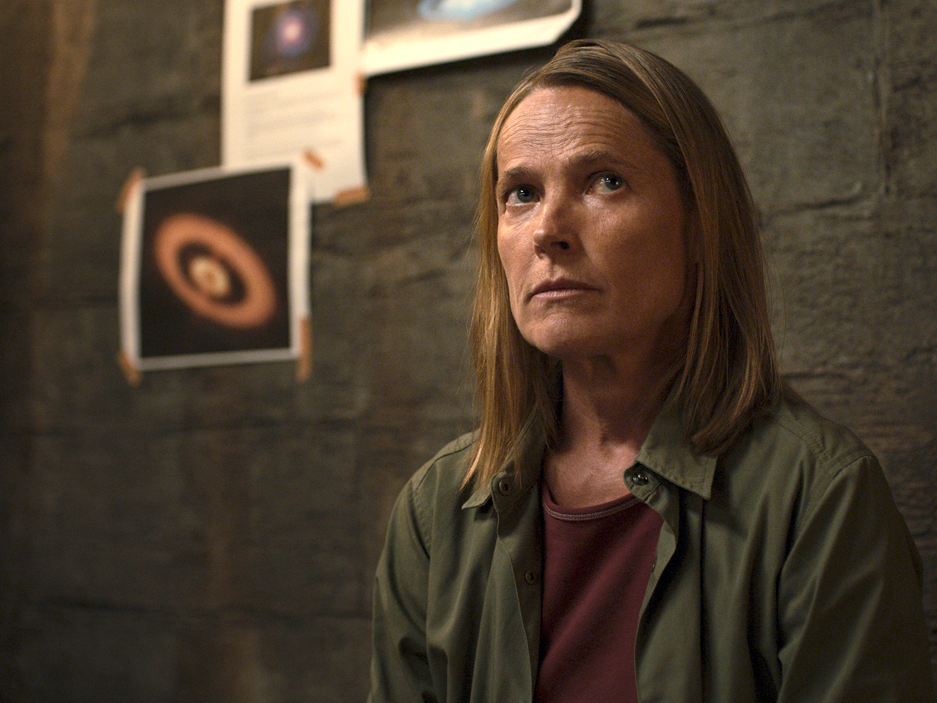 NetflixCharlotte is part of a confusing paradox on ‘Dark.’

Netflix’s time-travel-filled series “Dark” will come to an end next week with a third and final season, and in the meantime fans were left with more mind-bending paradoxes and mysteries.

Where and when did Jonas, Bartosz, Magnus, and Franziska time travel to? Who wrote the book of notes about the 33-year cycles? What happened to Charlotte and Elisabeth?

Keep reading for our exploration of all the unanswered questions left with the finale of “Dark” season two.

What “world” is the second Martha from? Who is she? 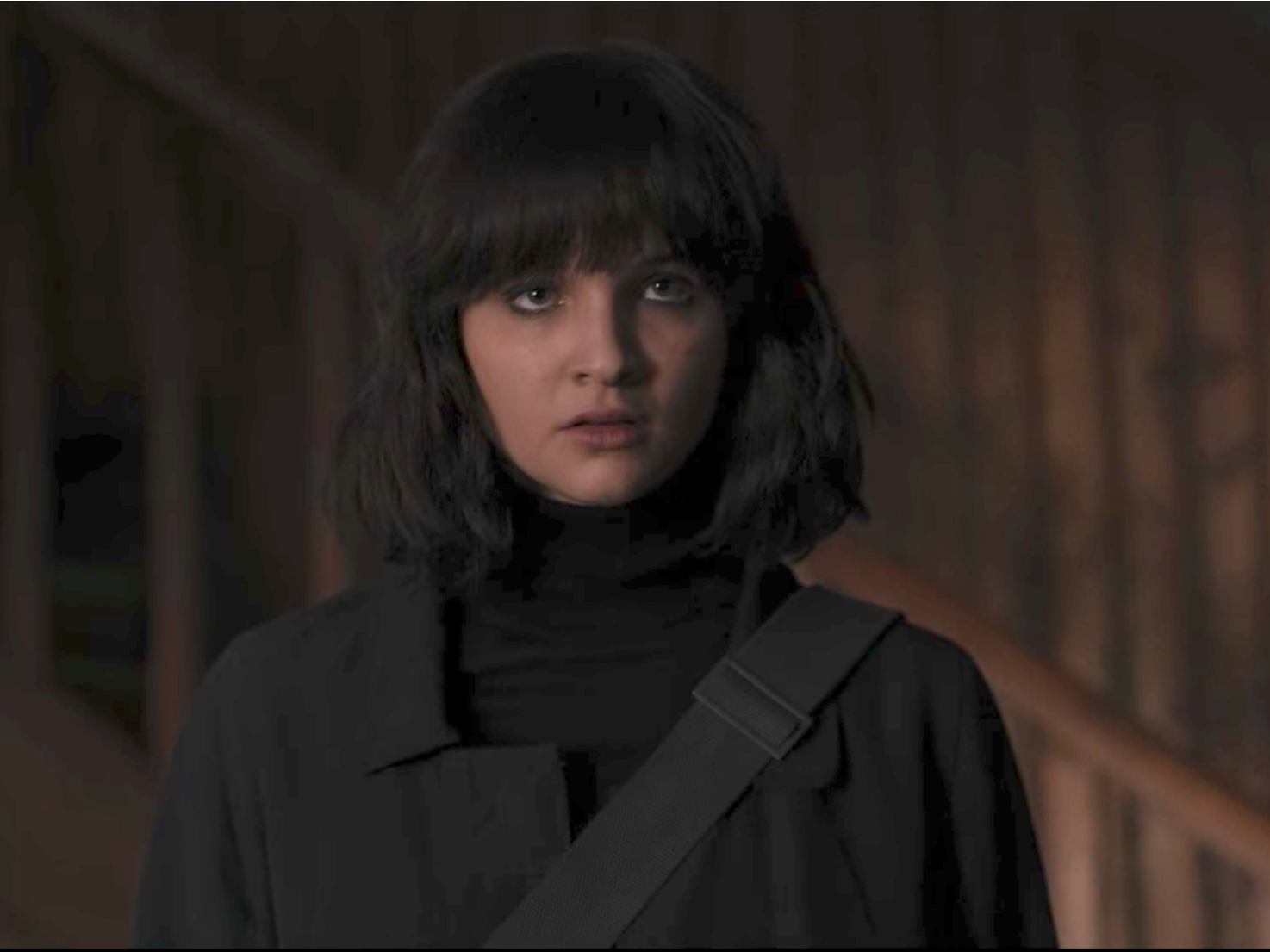 When this Future-Martha (or Alternate Martha?) comes to Jonas at the very end of the season two finale, she tells him she’s not who he thinks she is. She then pulled out a smaller device similar to the time machine, but rounded and compact.

“The question isn’t from what time,” she tells him when he asks which time she came from. “But from what world.”

So what world is she from? This sounds to us like there are multiple dimensions or realities, and this Martha is from a world where the 33-year-cycle in Winden works differently. When she told Jonas she wasn’t who he thinks she is, that was likely her telling him that she’s not just a Martha from another time in this world. 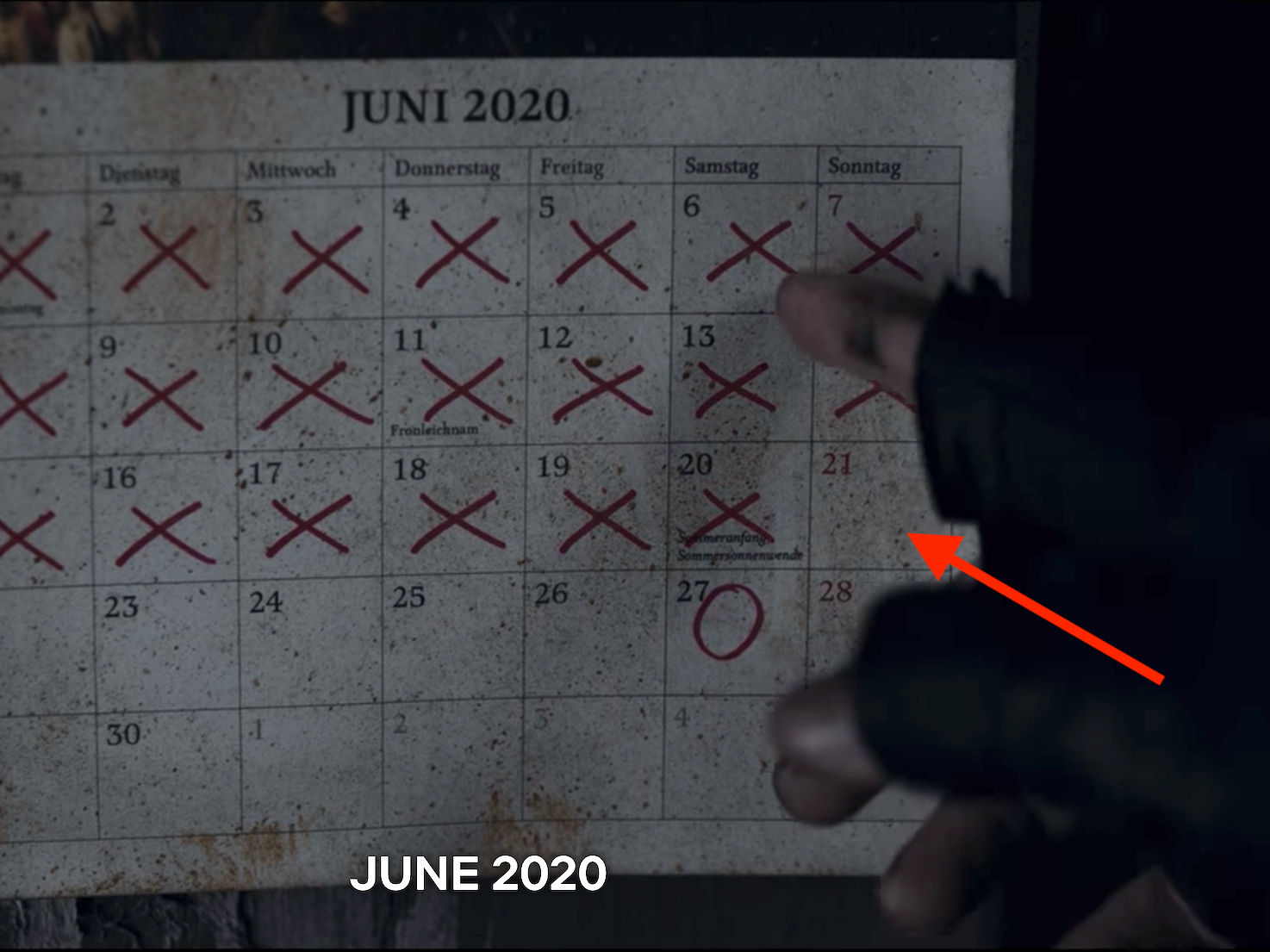 The revelation that alternate “worlds” exist made us re-examine an inconsistency from the first episode of season two, “Beginnings and Endings.”

Are these two scenes happening in alternate realities? Or is this a mere production error?

Were any of the events on season two “new”? 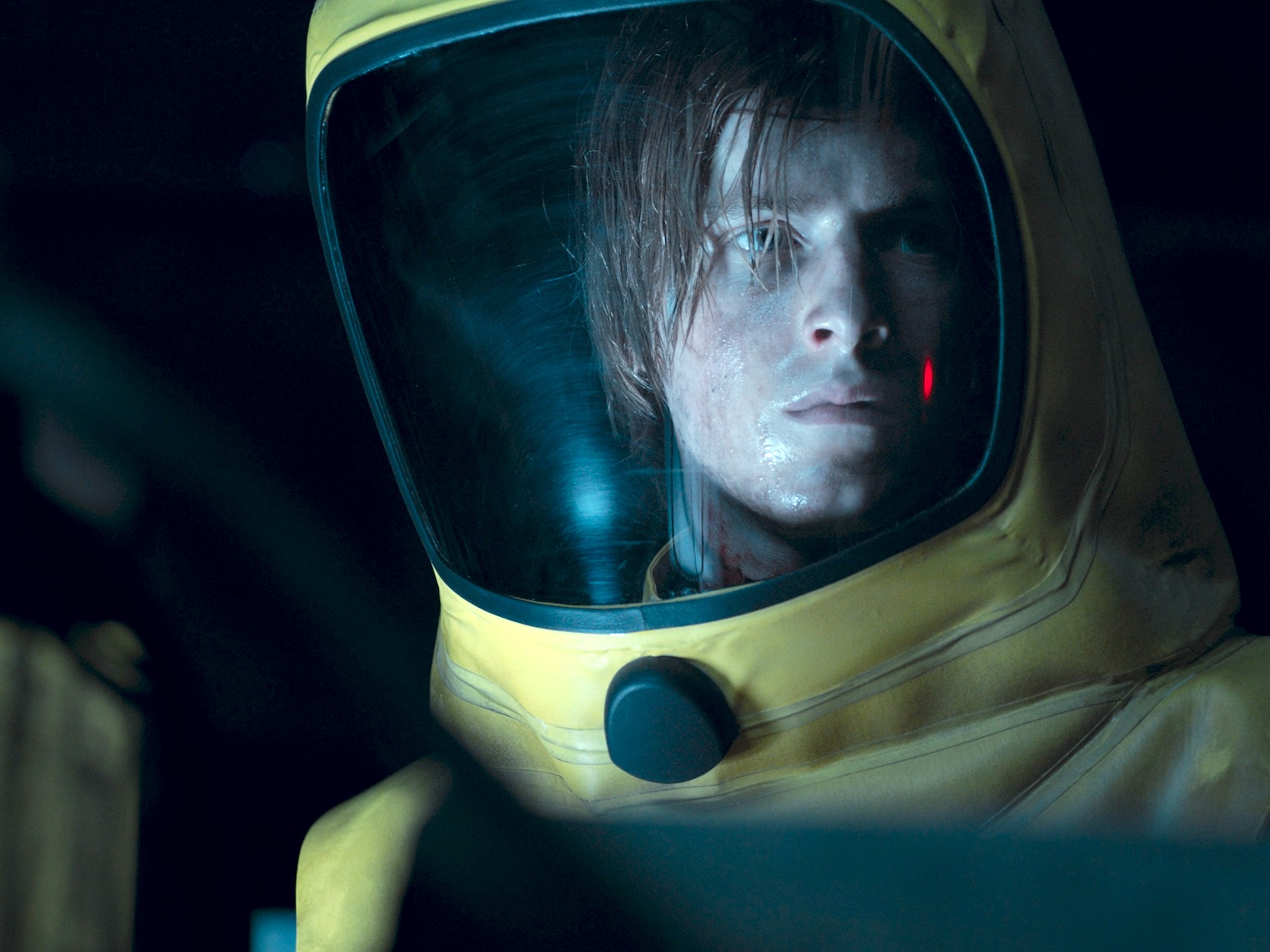 As we saw over and over again on the second season, whenever characters like Jonas or Noah tried to change the cycle of events they merely wound up making sure the same loop happened again.

So was anything we saw on the second season a true break in the 33-year cycles, or were they all part of the same closed circuit of time travel? And mentioned with the calendar, is there a chance any of the Winden scenes we’ve seen were alternate worlds? 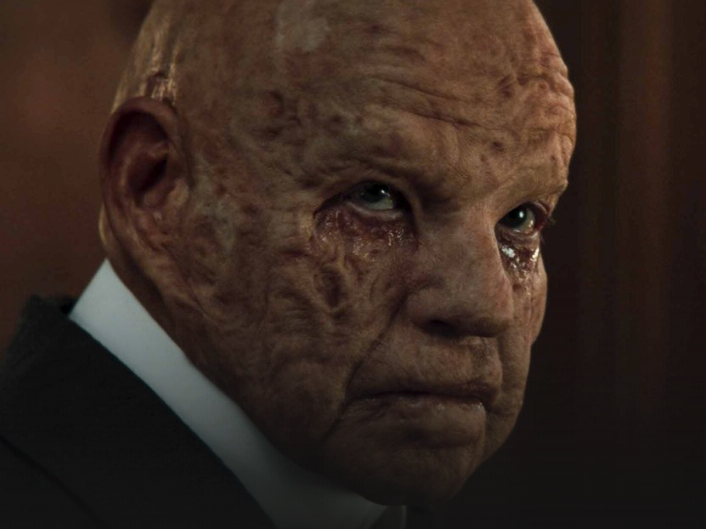 Adam, the mastermind behind Sic Mundus and the person manipulating horrific events in Winden, says he is an older version of Jonas.

But is this true?

He never explains why he’s calling himself Adam, and his face is so scarred and changed that it’s impossible to discern a resemblance between him and the younger versions of Jonas we already know.

If Adam is Jonas, then how does the Jonas we already know become such a cold-hearted person who is indifferent to the people of Winden? 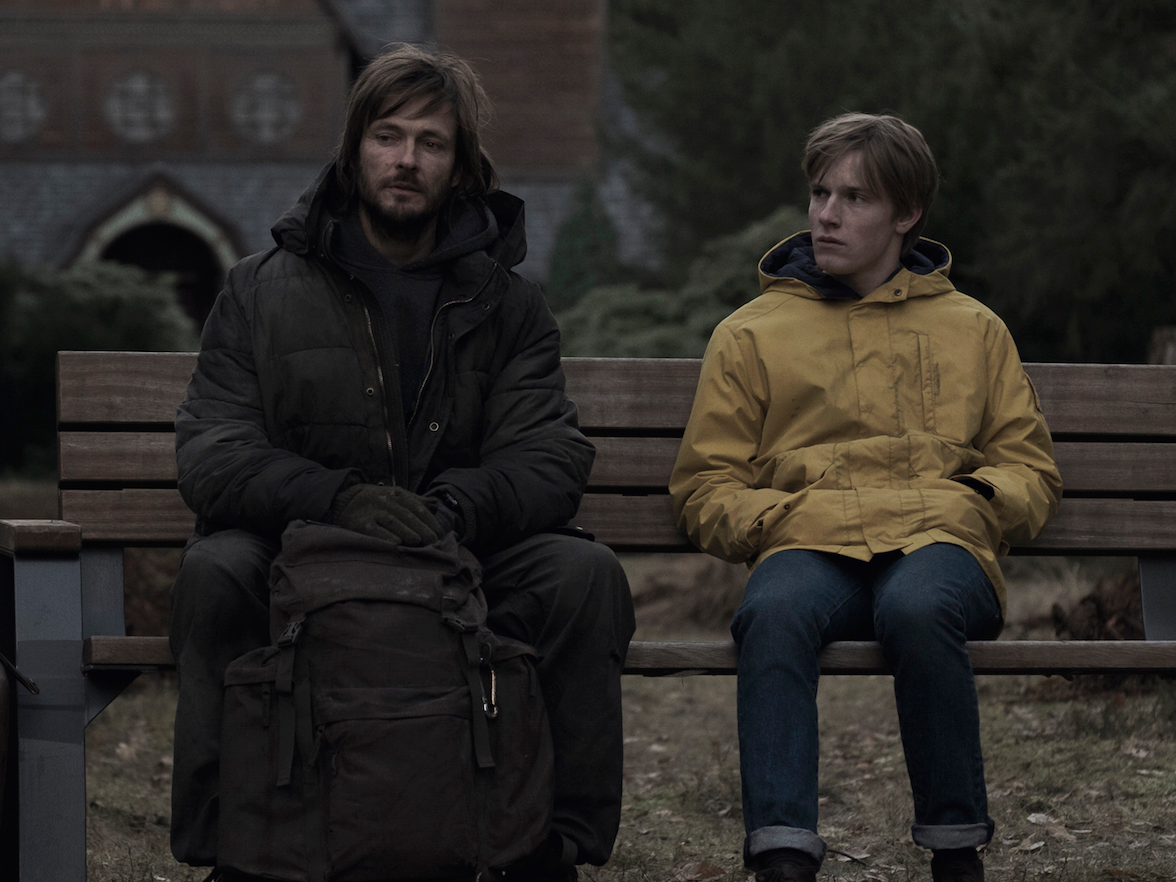 There is a huge difference between Adam’s behaviour and mindset and both versions of Jonas we’ve known over the course of two seasons. If they are the same person, what changes to make the Adam/Jonas so cruel and hellbent on destroying the world as he knows it?

What as in the letter Younger Noah gave to Jonas, which he said was written by Martha? 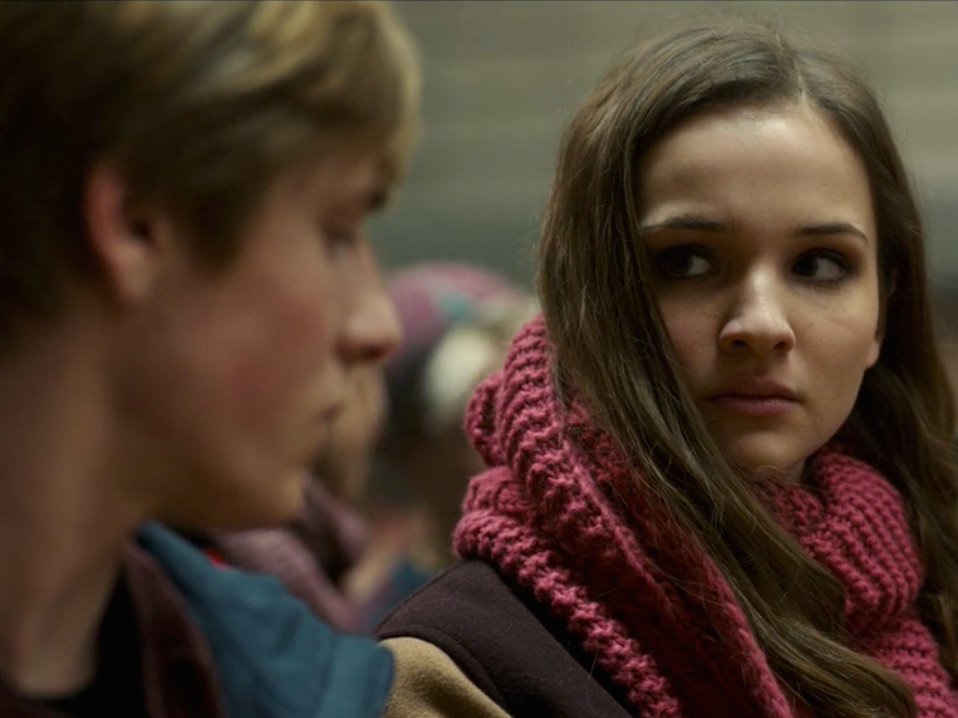 NetflixMartha and Jonas have an inextricable connection.

Jonas (the middle-aged one) was given a letter by Young Noah on the season two finale. He says it’s from Martha, and whatever is written on that page greatly upsets Jonas.

“This is impossible,” he says.

But what does the letter say? After Jonas reads it, Noah tells him he has to save Bartosz, Magnus, and Franziska, and then later Agnes and Noah himself. What does that have to do with the letter? Why does Jonas listen to Noah?

Where and when did Jonas, Bartosz, Magnus, and Franziska time travel to? 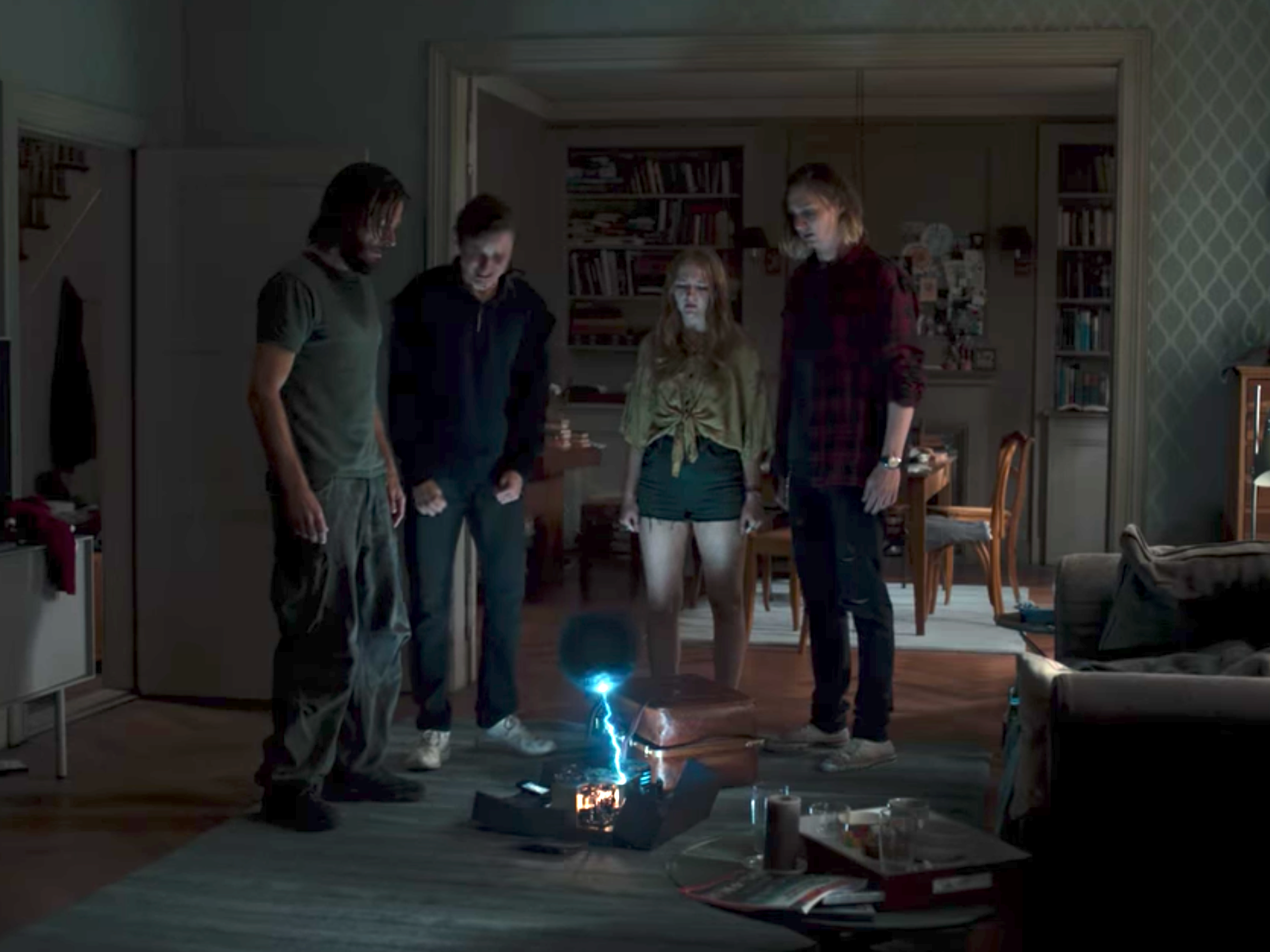 NetflixJonas with the others and the time machine.

Jonas activated the time machine to rescue Bartosz, Magnus, and Franziska – but to what year did the machine take them?

When/where is the older Bartosz? 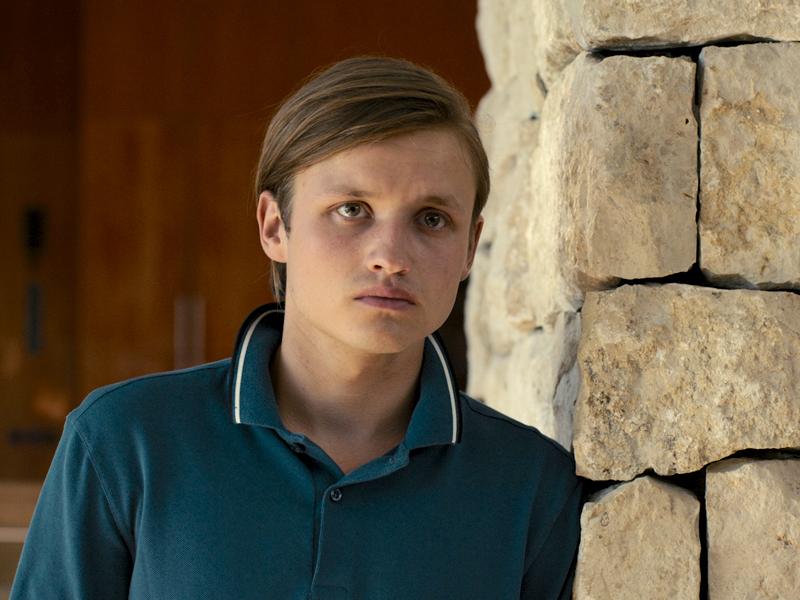 NetflixBartosz is still one of the most mysterious characters on ‘Dark.’

We see older versions of Magnus and Franciszca in the Sic Mundus group helping Adam, but where is Bartosz? Is it possible that Adam is really Bartosz and not Jonas?

Why did Agnes hate Noah so much that she wanted him dead? 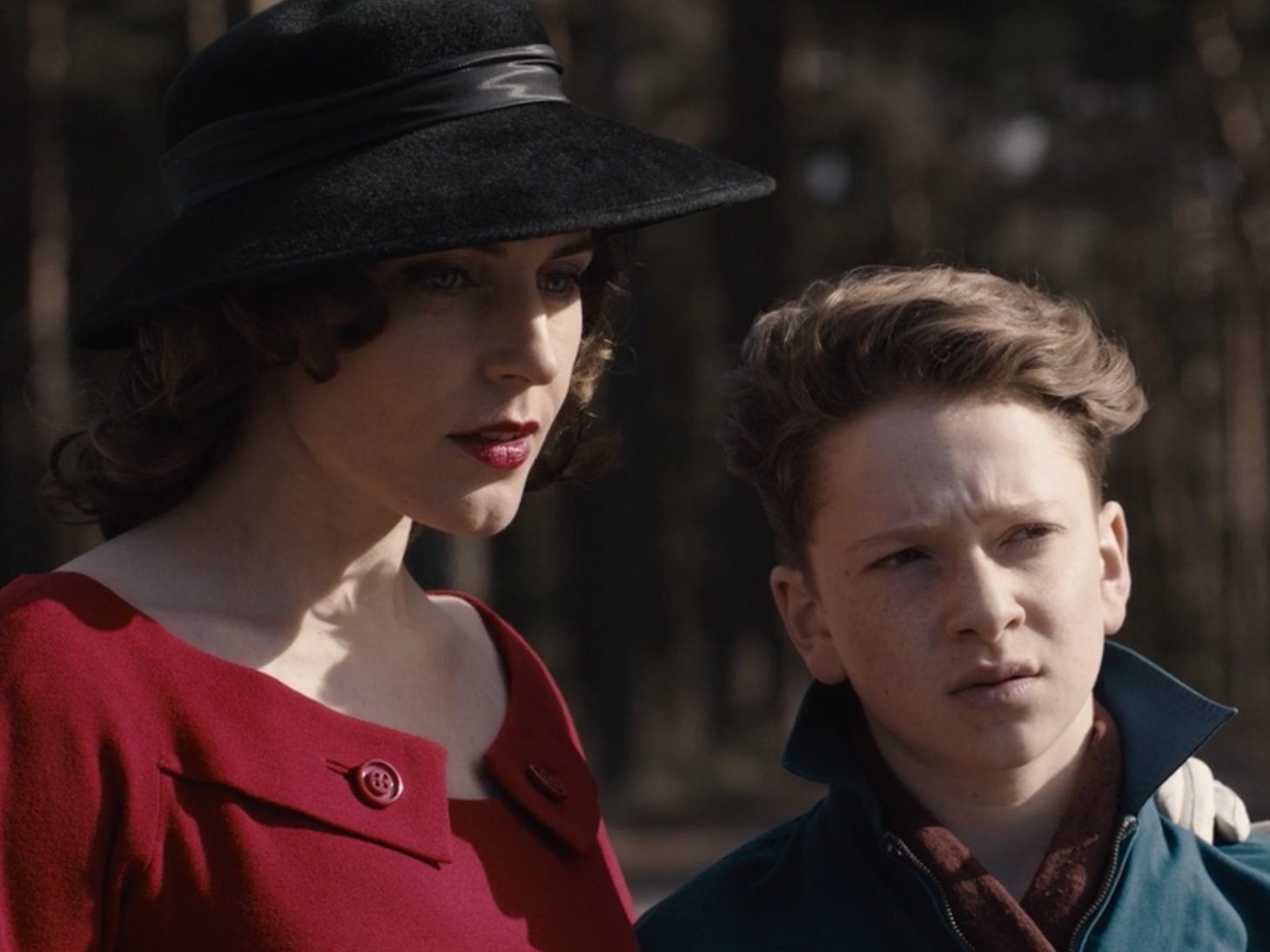 Agnes, Noah’s sister, shoots and kills him on season two. But what was it that made her despise him? What did he do in their shared past?

Why did Noah and Helge specifically target young boys to test the time machine prototype? 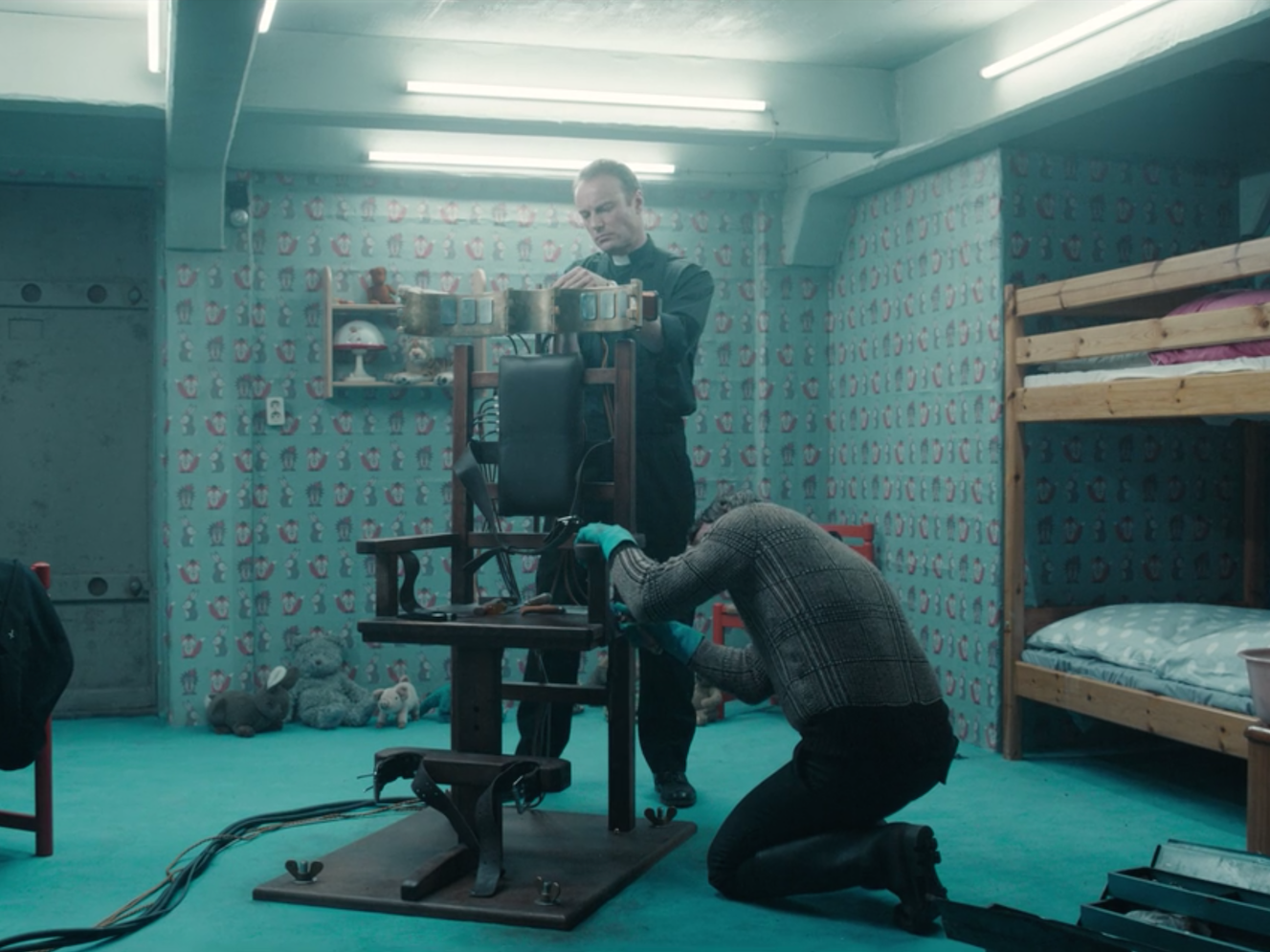 NetflixNoah and Helge in the bunker.

On the first season of “Dark,” we saw how Noah and Helge would kidnap young boys and place them in the bunker’s time machine. The experiments killed the children, and dumped their bodies into other years.

But why did they only take young boys? Or were their victimes coincidentally all male? And how did they eventually figure out how to create the portable, working time machine? 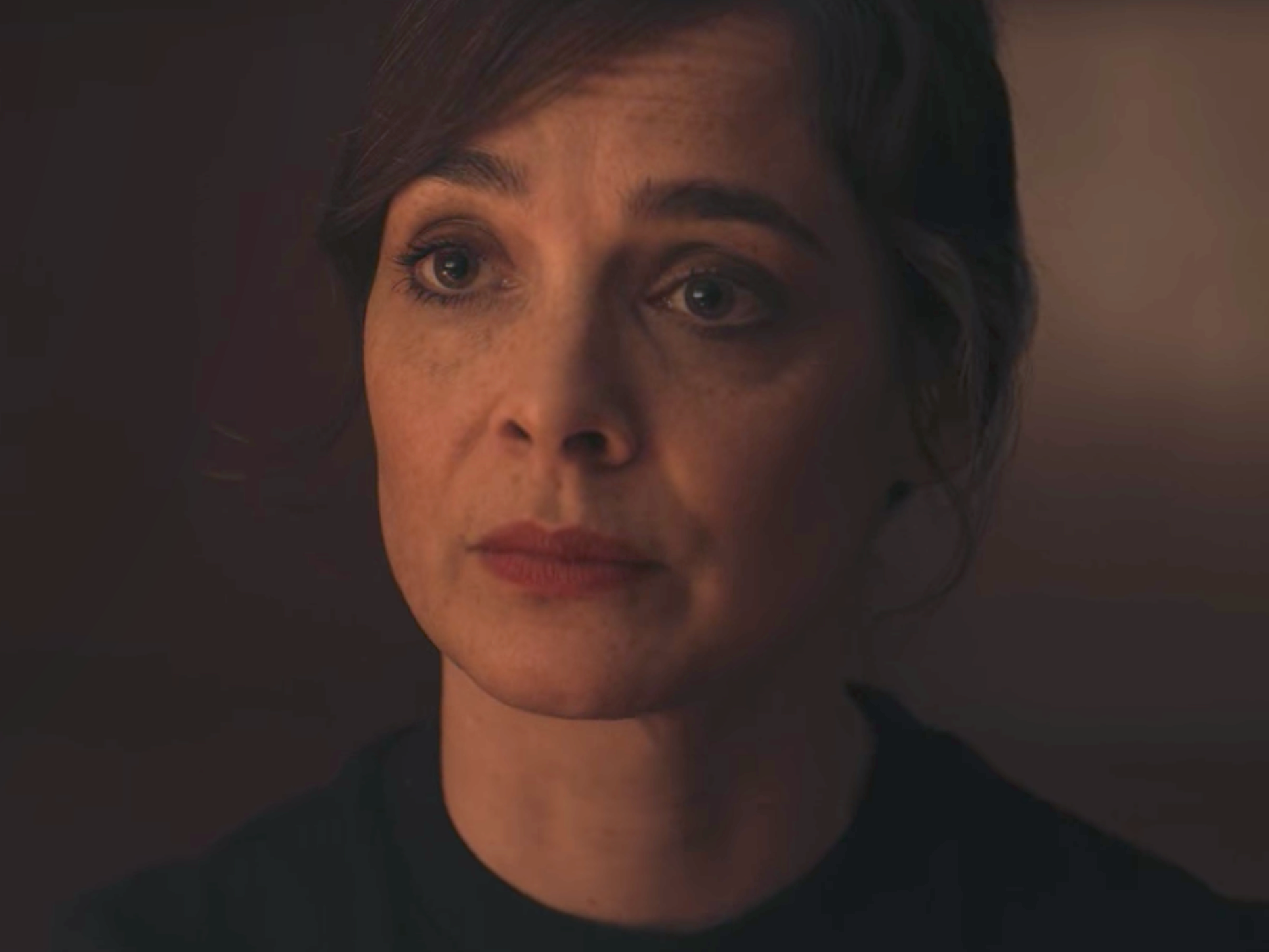 After the disturbing scene in which Hannah travels to the 1950s and visits Urlich in jail, refusing to helping him, we see her speaking with Egon in his office.

She says she wants a fresh start, and exchanges a loaded smile with Egon. Does she stay in 1954? If so, where is she during the events we’ve seen in the 1980s? Did her and Egon Tiedemann have an affair?

We know Hannah and Aleksander (whose real name is Boris Niewald) have a connection. But what is it? 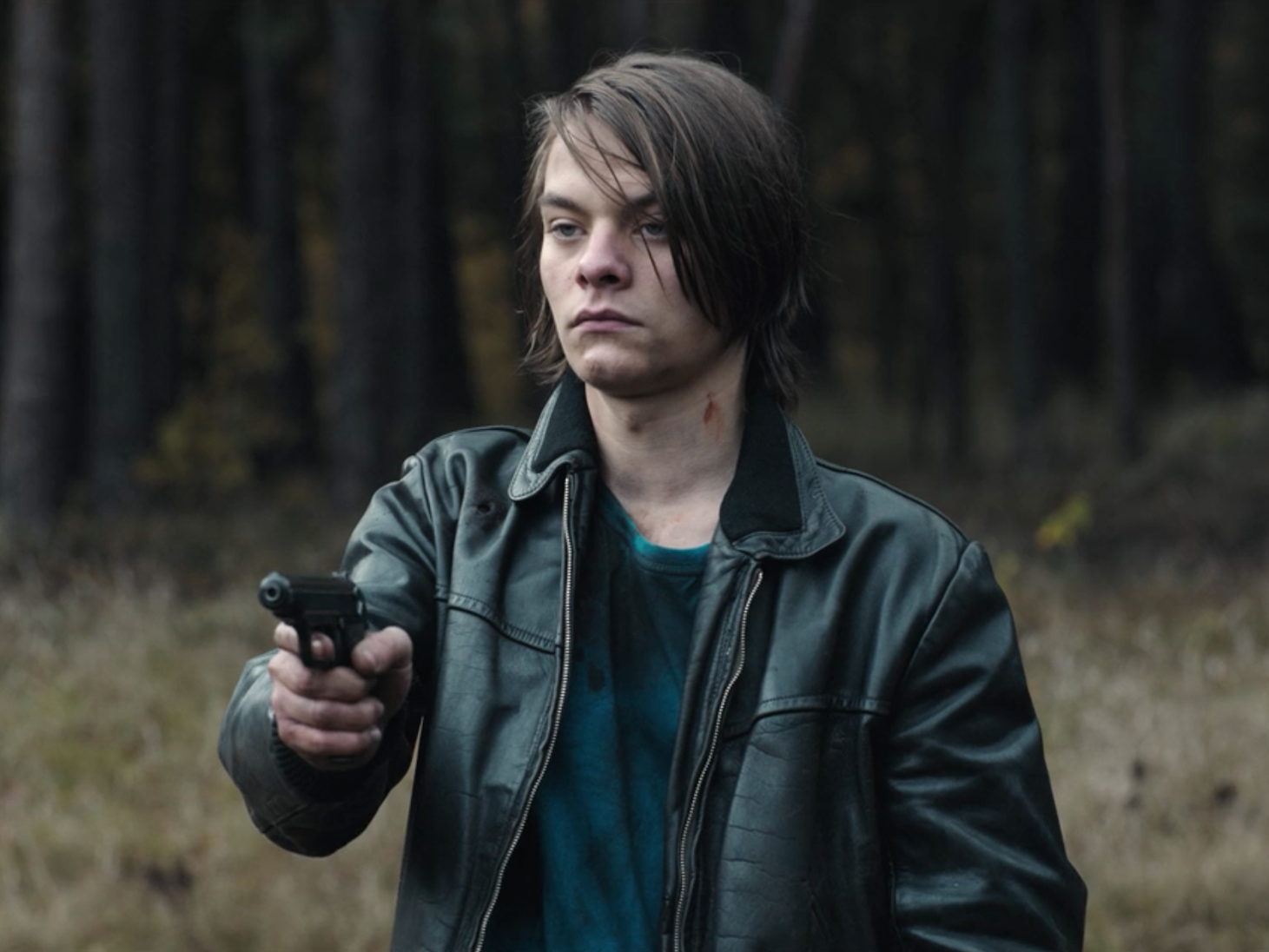 On the first season, we saw how Aleksander seemingly appeared from nowhere in the year 1986, and was taken in by Regina Tiedemann.

But Hannah in 2019 has his passport, which says his real name is Boris Niewald. On the second season, Inspector Clausen is digging into Aleksander’s past, but we never get clear answers from the older man about what happened to bring him to Winden.

Is there a link between Hannah staying in 1954 and Boris/Aleksander appearing in Winden in 1986? And why was the young man running and injured when Regina found him?

What is Boris/Aleksander’s connection to Clausen’s brother? Did he kill him? 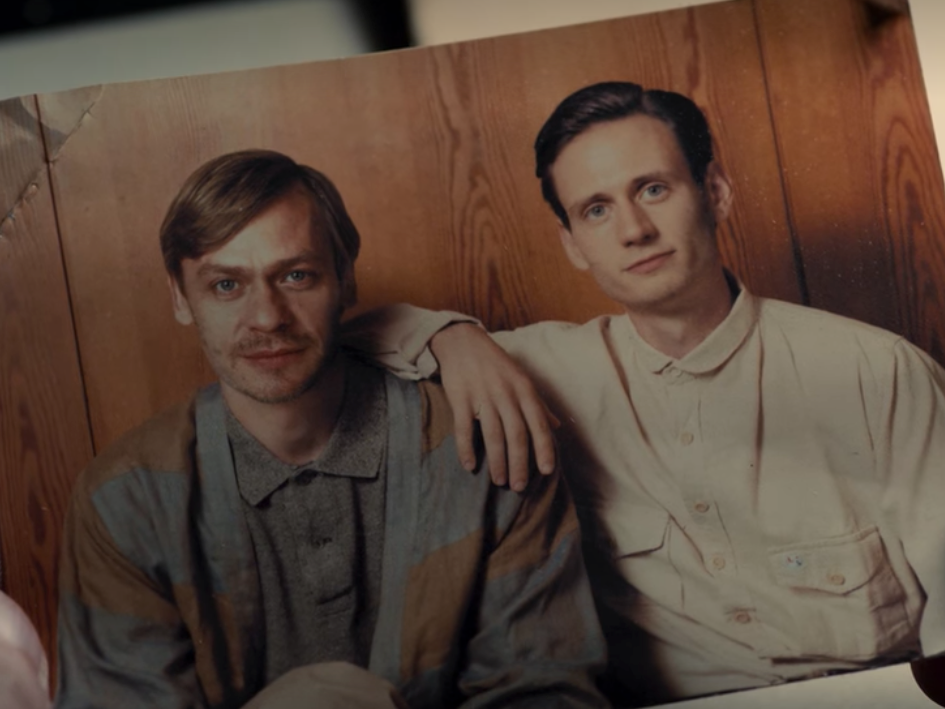 NetflixYounger Clausen and his brother.

Clausen was a new character brought to Winden for the second season, but so far his link to the intertwined lives of the town’s families is unclear.

Why would Boris/Aleksander have harmed Clausen’s brother? And who sent the letter to Clausen telling him to look for answers in Winden? That letter looks similar to the one Noah gives to Jonas, saying Martha wrote it. Did Martha write this one too?

When did Noah and Elisabeth get together, and who took their baby and put her in the 1980s? 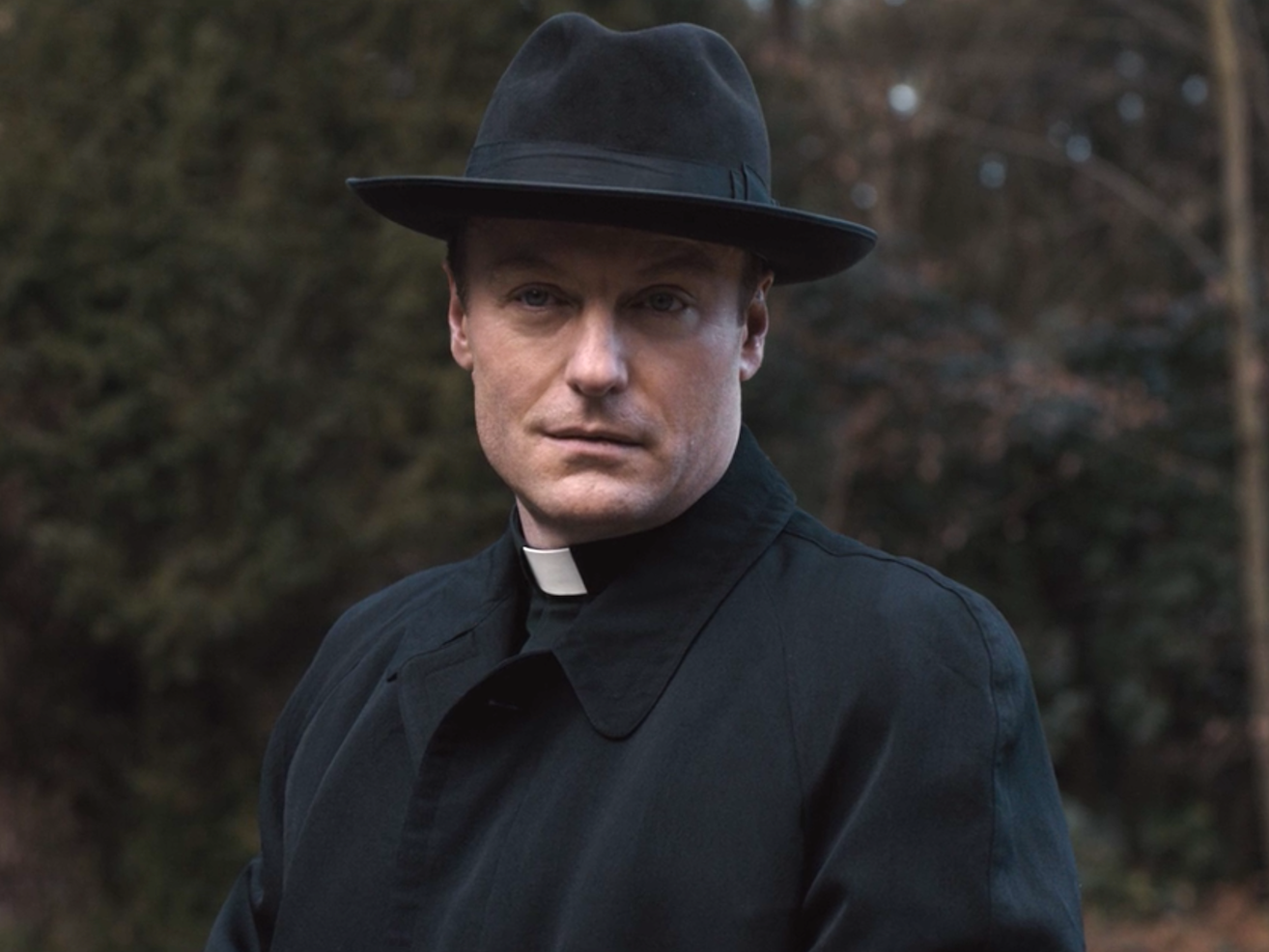 NetflixNoah is Charlotte’s father, and told her he did everything to try and get her back.

Charlotte being her own daughter’s daughter is one of the trippiest paradoxes on “Dark” so far. Setting aside that brain-melter, how did Elisabeth and Noah and Charlotte all get separated?

Where did Charlotte and Elisabeth go when they touched? When the radioactive barrel was opened, we saw the God Particle released and a wormhole opened. Elisabeth, in 2052, reached through to touch Charlotte in 2020.

A similar event happened on the first season finale when Jonas and Helge touched through a wormhole in the bunker, and they were transported into different times – both launching forward 33 years.

Did the same thing happen to Elisabeth and Charlotte? Or are they now in other years?

Why did Adam take in Noah, and name him that? 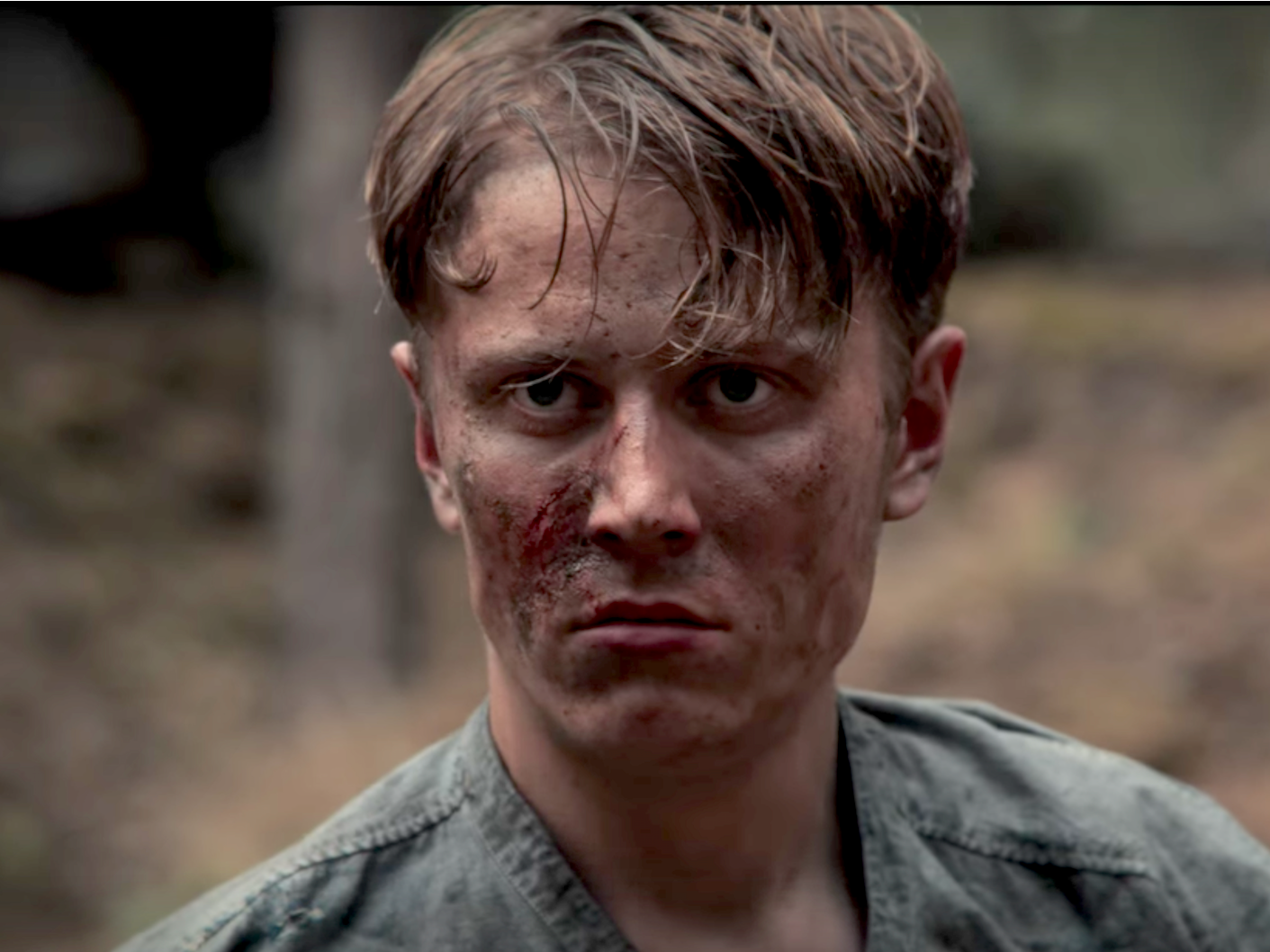 NetflixYoung Noah on the opening of ‘Dark’ season two.

The second season’s opening scene shows a younger Noah helping create the tunnels in the cave behind the Sic Mundus Creatus Est door.

Before Noah brutally kills his work companion, the other man tells him to ask Noah why he brought him into the Sic Mundus fold, and why he calls him Noah. So what is Noah’s real name? And why did Adam bring him into the group and rename him something biblical?

And who was the man in the opening scene with Noah? 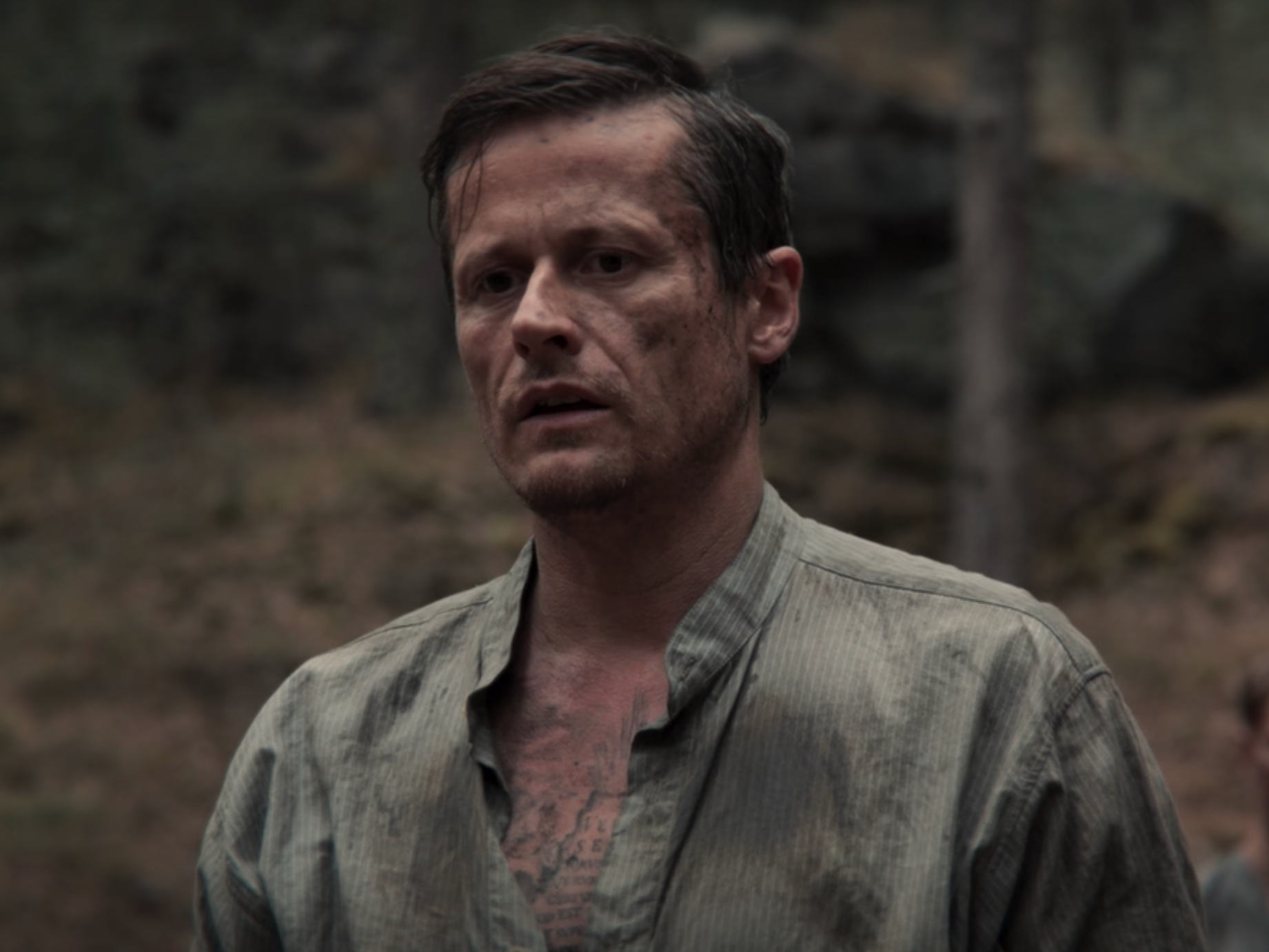 NetflixThis is the man who Noah kills.

As we mentioned earlier, older Bartosz is not identified in any of the years we saw on season two. Could this older man working with young Noah be Bartosz? That would be an interesting inversion of their relationship from when Bartosz was a teenager and older Noah recruited him.

Who wrote the book of notes about the 33-year cycles? 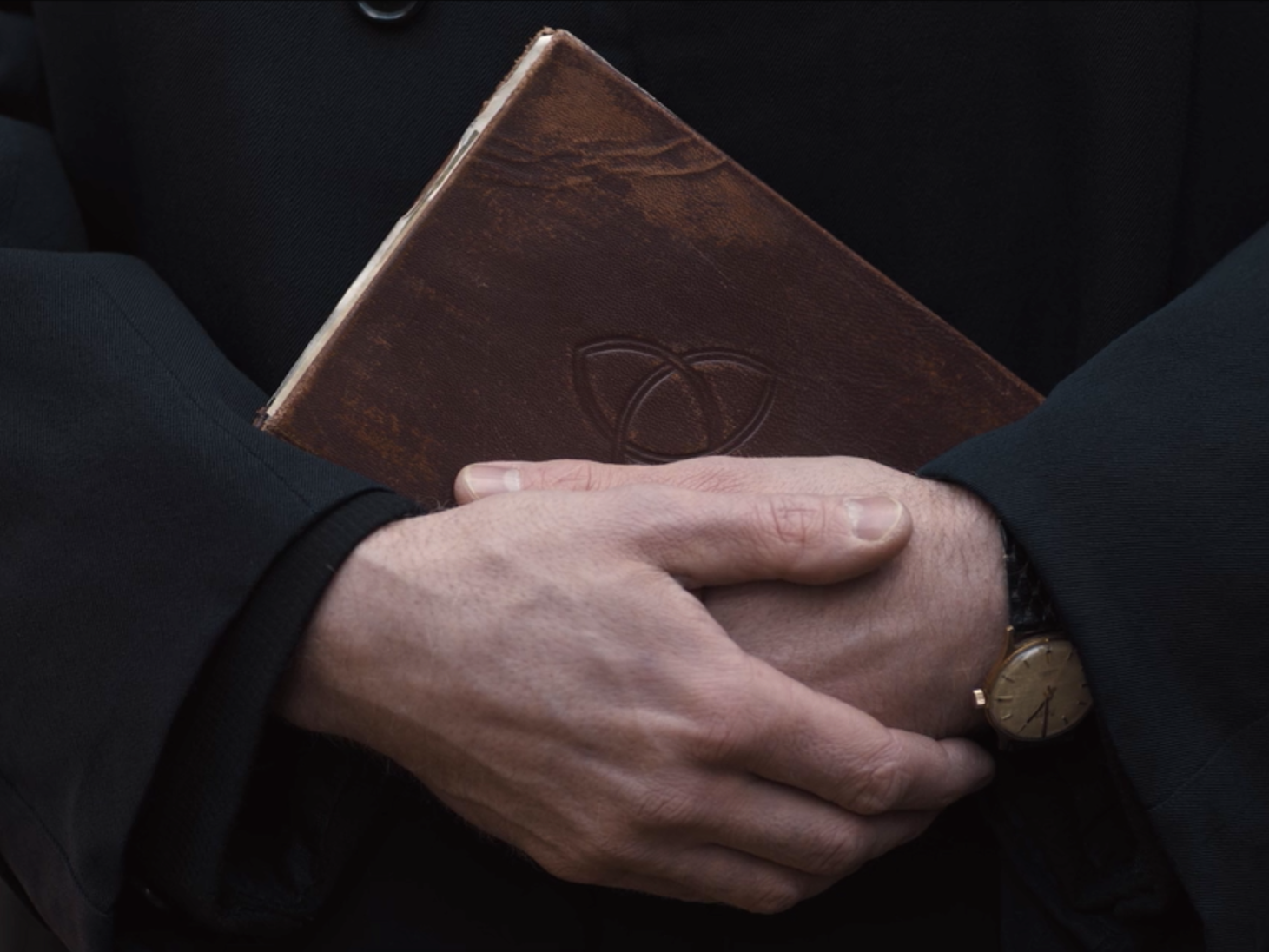 Both Adam, Claudia, and Noah seem to possess this notebook at various times, but none of them claim to have written it. So who did? And how did that person know so much about the cycles of time in Winden?

Who made the Sic Mundus Creatus Est door? 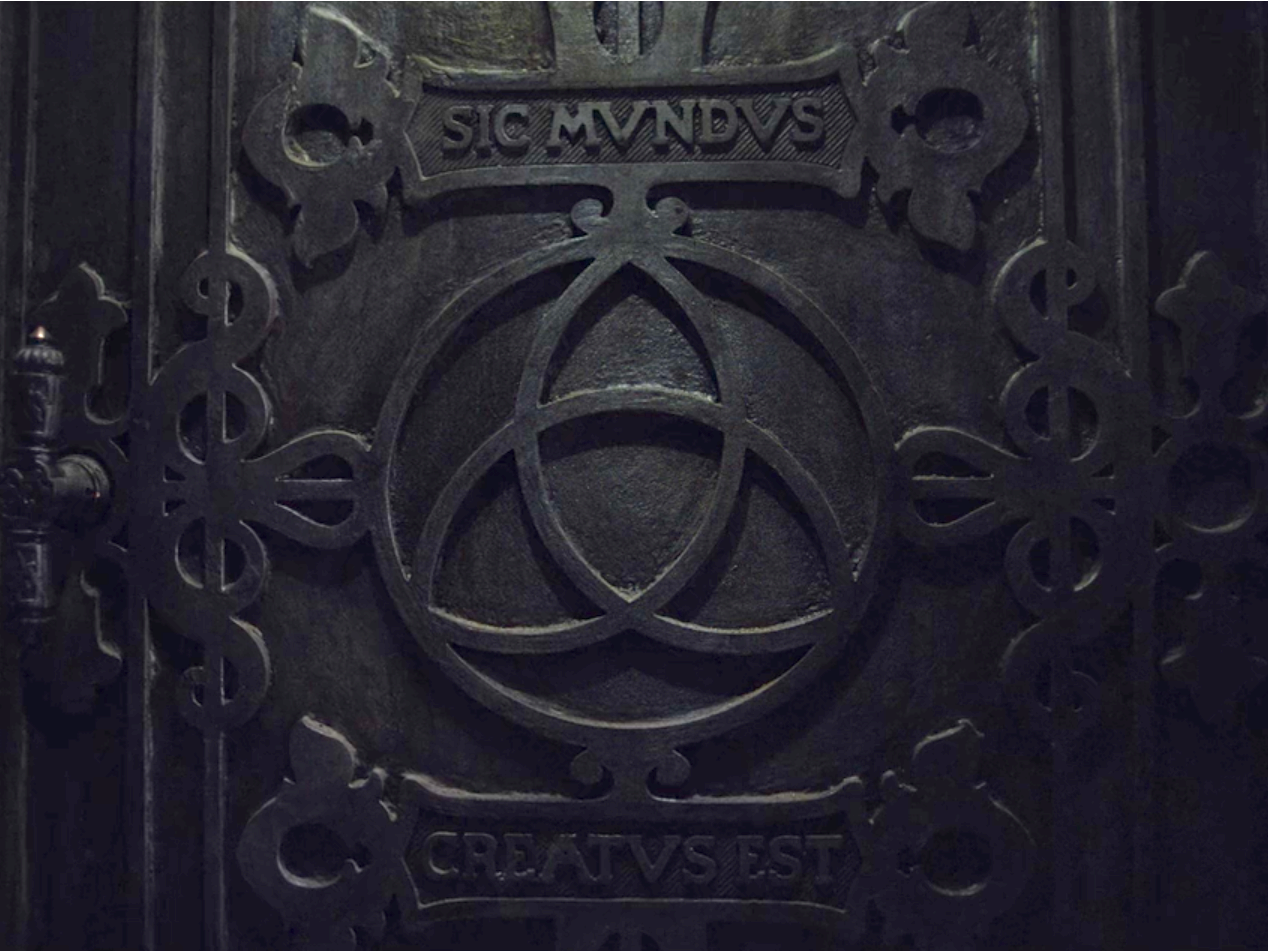 NetflixThe doorway inside the caves.

We may have seen younger Noah helping carve out the passageways in the cave, but the metal door was already there. Did he help make that door, too? Or was it already there and the Sic Mundus group simply built around it?

Who is this young girl Jonas met in 2052, and what happened to her? 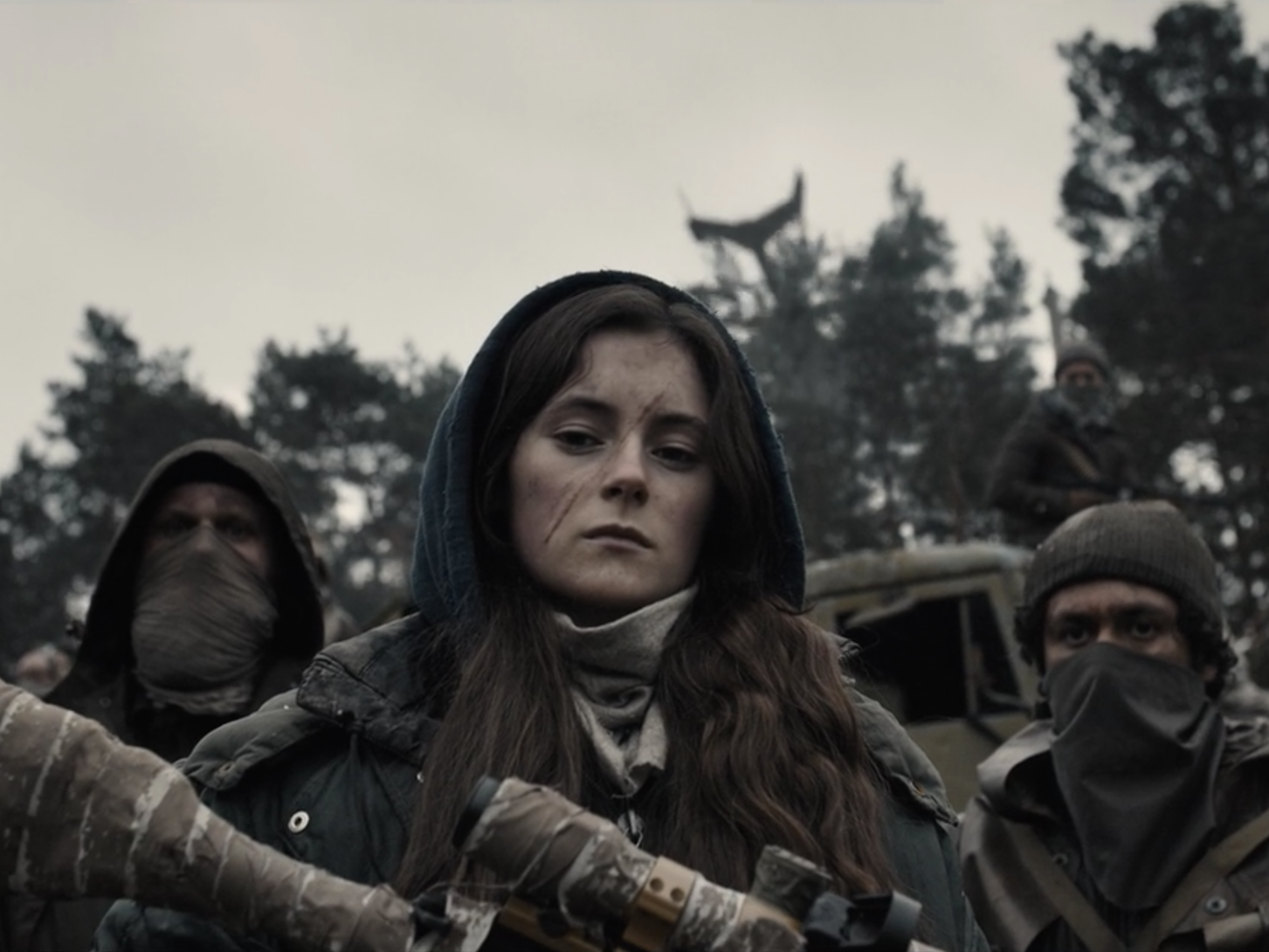 NetflixThe younger woman met Jonas when he travelled to 2052.

We saw Elisabeth back in front of the God Particle on the second season finale, but not this younger woman who watched as Jonas entered the orb and travelled back in time. Who was she, and where is she now?