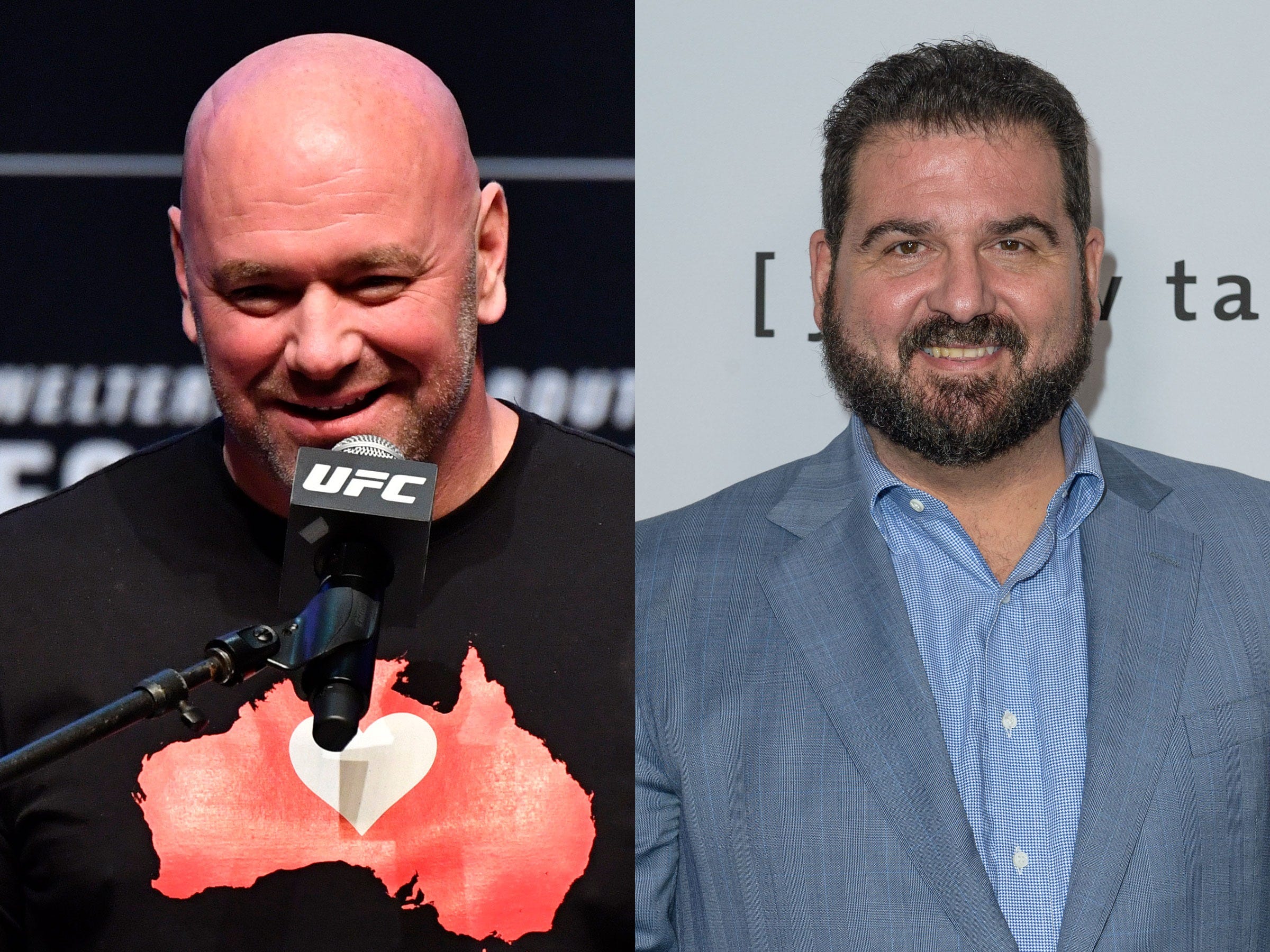 Jeff Bottari/Zuffa LLC via Getty Images // Jason Koerner/Getty ImagesDana White and Dan Le Batard both seemed prepared to raise some money for charity with a fight at some point in the future.

UFC president Dana White appeared on ESPN’s “The Dan Le Batard Show with Stugotz” on Friday, and wound up agreeing to fight the eponymous host in a charity bout by the end of the interview.

Le Batard pushed White a bit on issues that he’s doesn’t get asked very often, including how he pays his fighters and what his feelings would be if athletes in his company unionized.

“What the hell do you know? You like to yap,” White said, when Le Batard said he believed fighters were underpaid. “You don’t know anything about the business.”

White went on to say that every fighter in UFC could reveal their pay if they preferred. “Every fighter that fights for me has the opportunity to go out and say what they make,” White said. “They can say it publicly. Jon Jones isn’t saying what he made in his last four fights. I bet you wouldn’t say [fighters are underpaid] if you knew what he made.”

As their interview came to a close, co-host Jon “Stugotz” Weiner jumped in to break a bit of tension and tease out an idea.

“The fight I want to see is Dana vs. Dan,” he said. “Has Dan been at an all-time annoyance level today or what?”

But Le Batard pushed what at first sounded like a joke closer to reality. “I would like to fight you though,” Le Batard said. “How do you think that would end up going? Can we do that for charity? Can we raise a bunch of money for charity?”

“Absolutely. It ends very badly for you. Very badly. That I promise,” White said.

Still, Le Batard seemed confident in his chances. “I’ve got about 80 pounds on you White,” he said. “About 80 pounds. And your weight fluctuates. You are also a weight fluctuater, so I don’t know what kind of shape you’re in, but what I’m telling you is I’m going to get in shape. Let’s raise some money for charity. Give me a straight answer: Are you and I going to fight for an enormous amount of money.”

One conversation doesn’t make a fight, but by the end of the conversation, it seemed like if the joke had turned into a game of chicken, neither man was going to swerve out of the way.

The 10 highest-paid athletes in the world for 2020, according to Forbes

The UFC president Dana White said Mike Tyson has something ‘big’ lined up, as speculation grows that he’s about to come out of retirement