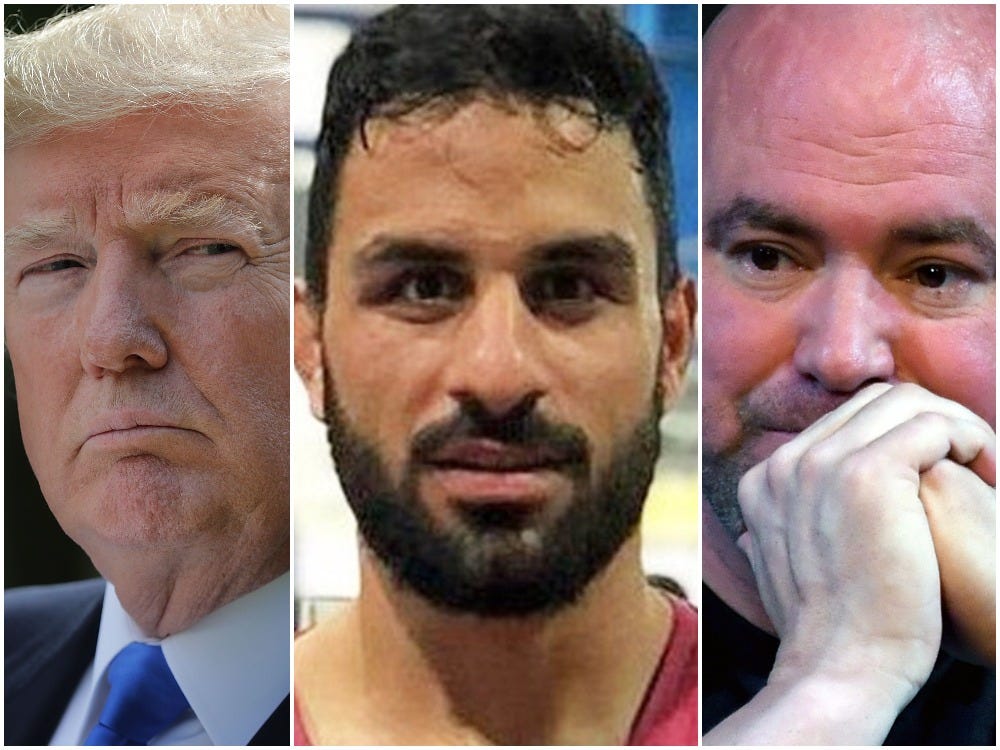 Dana White called Navid Afkari, an executed champion wrestler in Iran, “a stud athlete” whom he tried to save by enlisting the help of President Donald Trump.

He’d been convicted of murder in the death of a security guard during antigovernment protests in 2018, the BBC reported, but later said he confessed to the crime only after being tortured.

The UFC boss White and Trump had pleaded with Iran reconsider the death sentence, but he was executed this past weekend.

“I called the president and I told him about it, and the first thing he said to me was, ‘There’s already sanctions against them, and there’s just no recourse,'” White told reporters at a post-event press conference Saturday.

“He said, ‘Let me see what I can do,’ and he started talking to his people.”

…To the leaders of Iran, I would greatly appreciate if you would spare this young man’s life, and not execute him. Thank you! @UFC @DanaWhite @FoxNews https://t.co/NkJb4IsQpt

“Obviously, everybody saw the tweet that he put out, and I know he did some stuff behind the scenes to try and help,” said White, conceding that at “no point during this process did it look good.”

“He knew he wasn’t allowed to protest, but he did anyway. Much like people anywhere, the people that are protesting now, when you strongly believe in something, you stand up for yourself. You try to stand up.

“This guy did even knowing that the penalty could be death,” he continued.

“I think as human beings and especially this guy, this guy was a stud athlete, world champion wrestler, very strong guy. I’m sure he was strong physically and mentally and he was fighting for what he believed in and it cost him his life.

Afkari’s death affected at least one of the athletes competing at the UFC’s most recent event, where a tribute to the Iranian champion was broadcast on a big screen in the venue, and beamed television sets of those watching at home.

“It’s a sad thing â€” I tried to help,” White said. “When you look at something like that, first of all there’s only one way to try and help somebody like that, and that’s the President of the United States and the government, and I tried.”

American lightweight Bobby Green learned of Afkari’s execution only when he was at the UFC Apex, minutes before he was due to compete.

Green earned a hard-fought decision, but said at his post-fight interview that he was heartbroken at the news, and cut the segment short.