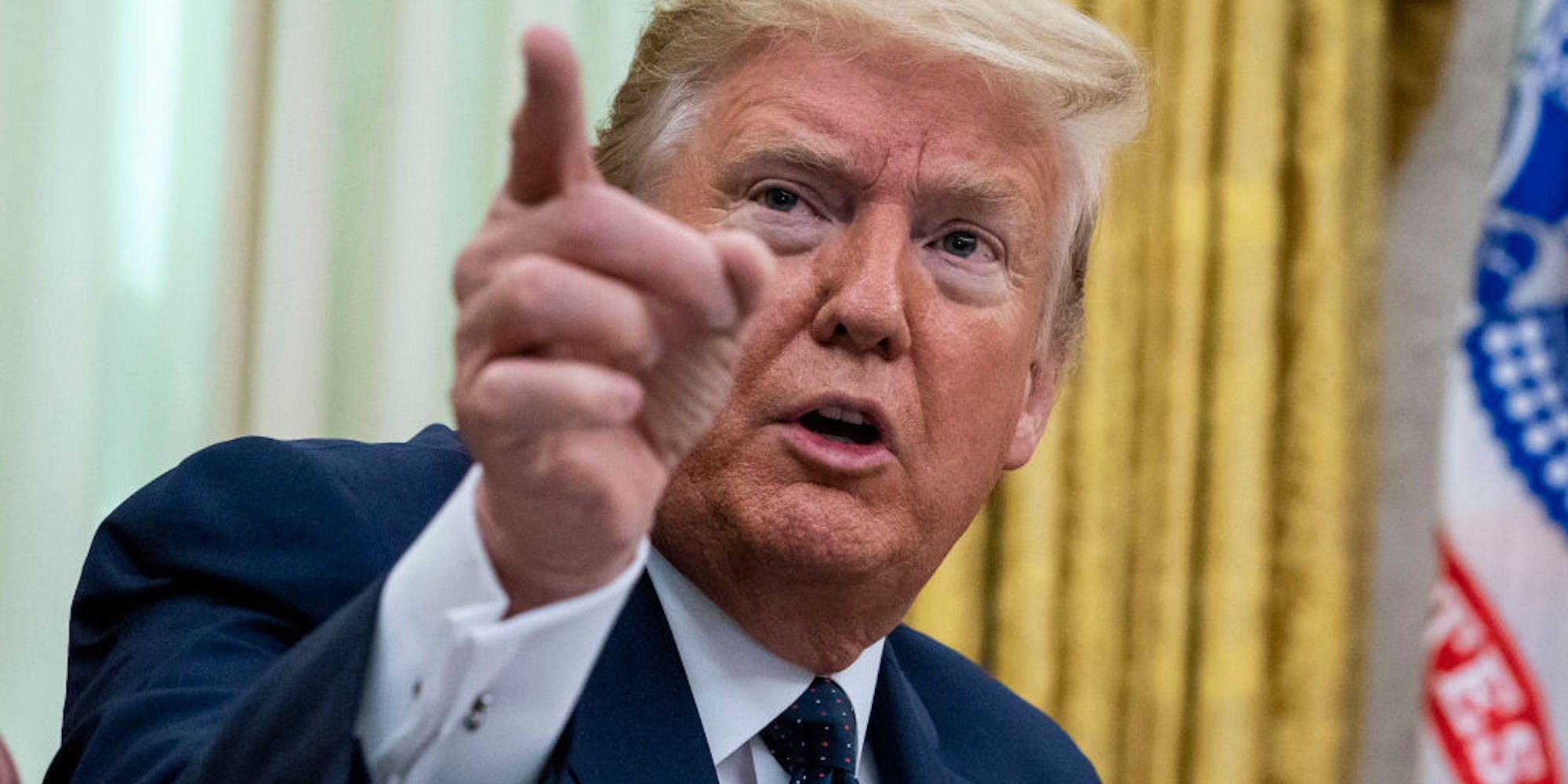 Doug Mills-Pool/Getty ImagesPresident Donald Trump speaks in the Oval Office before signing an executive order related to regulating social media on May 28, 2020 in Washington, DC.

White House Deputy Chief of Staff for Communications and Director of Social Media accused Twitter of being a platform to facilitate unrest and called the platform “full of s—” after the company flagged one of Trump’s tweets as “glorifying violence” in violation of its official rules.

At around 1 am Eastern Time, Trump threatened to send the National Guard into Minneapolis as protests escalated in response to the death of an unarmed black man, George Floyd, who died shortly after being violently arrested by four police officers in the city.

“These THUGS are dishonoring the memory of George Floyd, and I won’t let that happen. Just spoke to Governor Tim Walz and told him that the Military is with him all the way. Any difficulty and we will assume control but, when the looting starts, the shooting starts. Thank you!” Trump wrote.

Twitter then posted a “public interest notice on the tweet,” blocking users from liking, replying, or retweeting it but leaving it up and available to view.

In a series of tweets, Twitter’s communications team explained that it ran afoul of their policies “based on the historical context of the last line, its connection to violence, and the risk it could inspire similar actions today.”

Scavino, who runs the White House’s expansive social media program, accused the platform of facilitating violence by “turning their heads to protest organisers who are planning, plotting, and communication their next moves daily” on the site.

He also accused the company of “targeting the President of the United States 24/7.” It is unclear what “planning” and “plotting” Scavino was referring to in his tweet. Representatives for Twitter did not immediately return Insider’s request for comment.

Twitter is targeting the President of the United States 24/7, while turning their heads to protest organizers who are planning, plotting, and communicating their next moves daily on this very platform. Twitter is full of shit – more and more people are beginning to get it. https://t.co/nQjnIUofsF

The platform’s move to flag one of Trump’s tweets as violating its policies is the latest escalation in a simmering feud between the president and the company, which in recent days has taken more aggressive action to publicly fact-check some of Trump’s other tweets as misleading.

On Thursday, Trump signed an executive order endeavouring to crack down on social media companies, although a number of legal experts told Insider the executive order has little-to-no actual legal force.