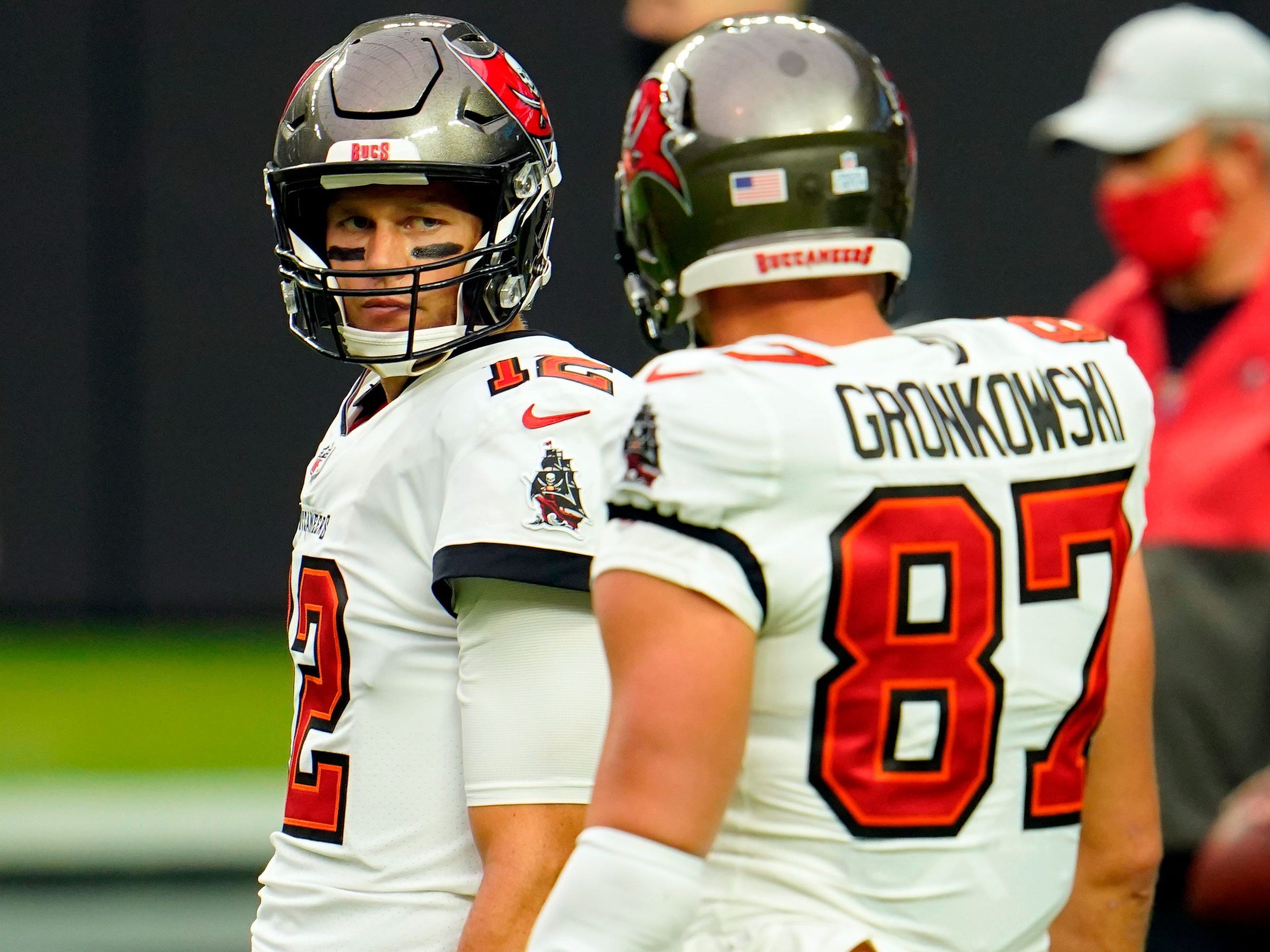 AP Photo/Jeff BottariTom Brady has looked sharp in his first season as a Tampa Bay Buccaneer.

Tom Brady may be 43 years old, but his play has not showed signs of slowing down to start the 2020 NFL season.

On Sunday, Brady led the Buccaneers to their fifth win in their past six games, dominating the Raiders in a 45-20 blowout.

While two or three generations of new brilliant quarterbacks have joined the league since Brady won his first Super Bowl ring with the New England Patriots, ESPN’s Dan Orlovsky said on “Get Up!” that right now, Brady is still the best in the NFL, and credited the team’s protection of Brady as a key part of his success.

“Tom Brady is literally carving defences up at 43 years old,” Orlovsky said. “The most underrated part of this football team is the offensive line. Here’s the thing â€” if they protect him, which they have, he’s the best quarterback in football. That’s still the case for Tom Brady. When he is protected, he is the best quarterback in football. There’s not a throw in a situation that he cannot make. There’s not a defence that he has not seen.”

"If they protect him, [Tom Brady] is the best quarterback in football."@danorlovsky7 says TB12 is still the ???? pic.twitter.com/4Si9kXqvzc

Halfway through the 2020 season, there’s been plenty of stellar quarterback play across the league. Russell Wilson has been playing like a man on fire and looks to be the current leader of the MVP race. Aaron Rodgers has once again found his dominant form even with a less-than-stellar supporting cast. Patrick Mahomes is still Patrick Mahomes.

But at 43, Brady has put up some impressive numbers â€” he’s sixth in the league in passing yards, second in touchdowns, and most importantly, has led the Buccaneers to a 5-2 record to currently sit atop the NFC South.

Regardless of where you feel Brady currently stands in the NFL’s quarterback rankings, his move to Tampa Bay so far has been a success, and the Buccaneers look like strong contenders to represent the NFC at the Super Bowl this February.