Republican Rep. Dan Crenshaw of Texas called a Democratic colleague “out of touch” after he raised concern over the xenophobia that emerged in the wake of the coronavirus.

Crenshaw on Tuesday criticised Democratic Rep. Ted Lieu of California after he expressed his condolences to Republican Rep. Paul Gosar of Arizona, who quarantined himself after learning he may have been exposed to the coronavirus from a guest at the Conservative Political Action Conference (CPAC) in late February.

Gosar joins several other Republican lawmakers who quarantined themselves after interacting with the guest who tested positive, including Rep. Matt Gaetz of Florida, Sen. Ted Cruz of Texas, and Rep. Mark Meadows of North Carolina.

Gosar said on Twitter that he and his quarantined staff were “all asymptomatic and feel great,” but were also “being proactive and cautious.”

“Keep the person in the hospital in your prayers,” Gosar added. Lieu replied to Gosar’s tweet and said he would pray for him, his staff, “and the person hospitalized.”

In the same tweet, Lieu also cautioned Gosar that referring to the coronavirus or COVID-19 as “the Wuhan Virus” was “an example of the myopia that allowed it to spread in the US.”

“The virus is not constrained by country or race,” Lieu said, adding that it would be “just as stupid to call it the Milan Virus,” as he referred to the Italy’s drastic measures to combat the spread of the disease in the country.

Crenshaw; however, took issue with the Lieu’s note.

“When you’re so out of touch with reality that your colleague announces the need to quarantine himself, and your reaction is ‘this seems like a great opportunity for some woke virtue signalling,'” Crenshaw said in a reply to Lieu.

Other lawmakers and conservative media personalities have described the coronavirus as the “Wuhan” or “Chinese” virus, weeks after it spread to other countries. Scientists believe the epidemic originated from Wuhan, China; however, activists have urged the media and others “to ensure accurate and fair portrayals of Asians and Asian-Americans,” and avoid fuelling xenophobia during the outbreak. 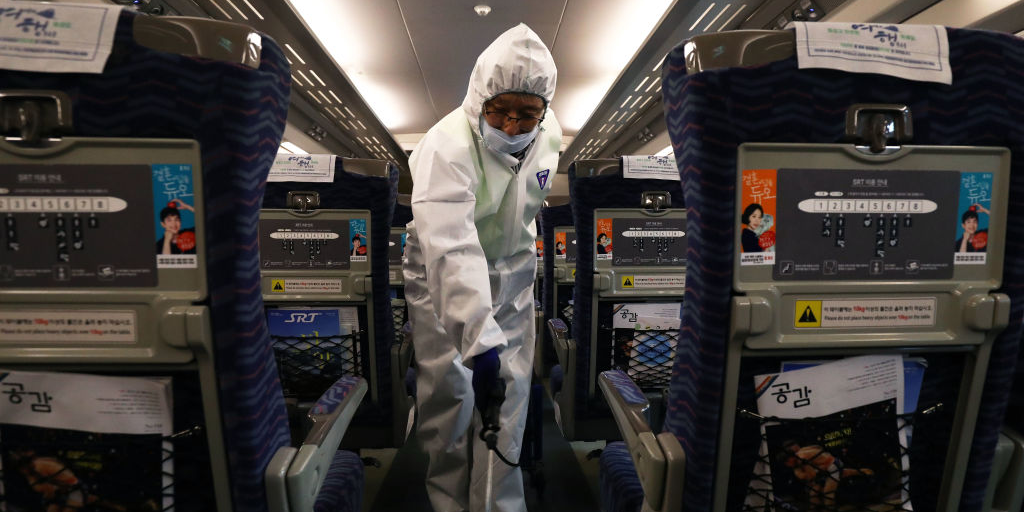 The Asian American Journalists Association (AAJA), for instance, urged news organisations to be cognisant of using “generic images of Chinatown,” such as when “it is directly related to a news story, not as a way to illustrate the virus.”

Republican House Minority Leader Kevin McCarthy of California in a tweet described it as the “Chinese coronavirus,” prompting the Northern California-based newspaper, The Sacramento Bee, to publish a critical opinion column.

“Anti-Chinese racism has a long and tragic history in California,” The Bee’s editorial board wrote. “Unfortunately … Kevin McCarthy of Bakersfield seemed to awaken the ghost of California’s anti-Asian prejudice this week by going out of his way to inject racist overtones into the already tense situation around the coronavirus.”

“Perhaps McCarthy framed the coronavirus in racial terms by accident,” the board added. “Or maybe he knew exactly what he was doing. Either way, McCarthy should apologise for his offensive tweet and pledge to do better.”