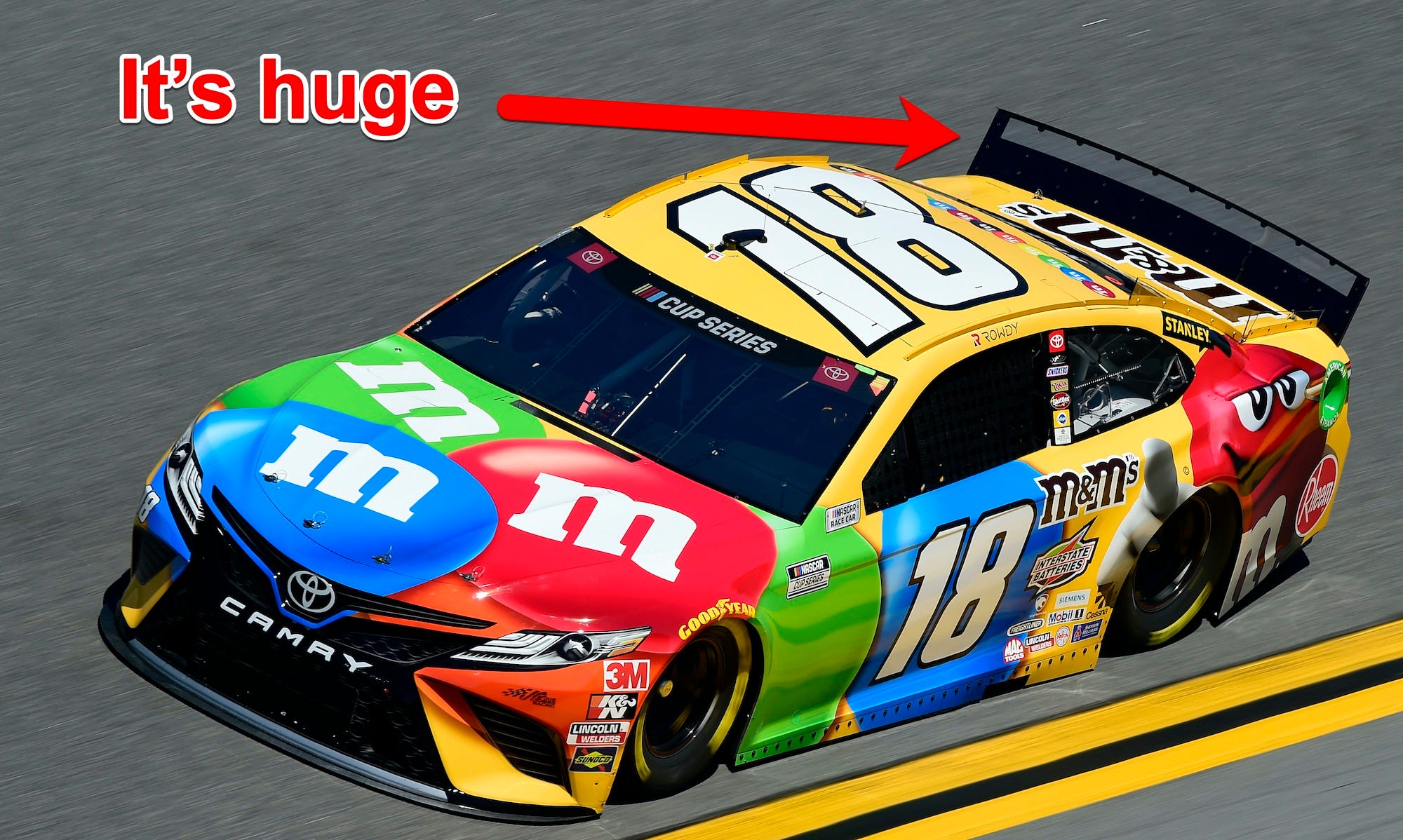 Jared C. Tilton/Getty ImagesNASCAR has increased the size of the spoilers to increase the downforce on the cars at the fastest tracks.

NASCAR narrowly avoided tragedy at the Daytona 500 and former driver Dale Earnhardt Jr., places at least some of the blame on the giant spoilers that were introduced in 2019.

During Earnhardt’s podcast, “The Dale Jr. Download,” he was asked about the role that blocking played in the wreck that eventually caused veteran Ryan Newman’s car to go airborne, take a direct driver’s side hit from another car, and land on its roof. According to Earnhardt, Newman was doing what was necessary because the big spoilers make trailing cars much faster and easier to handle, which in turn makes the drivers more aggressive and harder to defend.

“[All the blocking we see in the races] is because of the giant spoiler on the car,” Earnhardt said. “I’m sorry. The spoiler creates such big runs from the guys behind them … The runs are so plentiful. The runs are so aggressive. The ability to push and shove because of the wake of the spoiler. You’re just running over the leader, really, and he’s doing everything he can to keep you behind him.”

On the final lap, Newman was attempting to protect his lead by blocking Ryan Blaney, who was making a charge.

NASCAR increased the size of the spoiler for the 2019 season to increase the amount of downforce on the cars. The more downforce, the lower they ride. This leads to more grip on the tires, which then leads to better handling of the cars and more speed in the corners. The flip side is that there is less speed in the straightaways because of all the drag.

The spoiler also allows trailing cars to travel much faster because of the drag on the leader and the wake created behind the car. The trailing drivers can go on the big runs from behind that Earnhardt mentioned.

“Years ago, even before I drove, the runs were less often, more predictable, and a block wasn’t a block because the move could be made so soon or so early that it wasn’t late,” Earnhardt said. “It wasn’t too late. It wasn’t at the last second. It wasn’t a big surprise to everybody around you. You could tell a run was coming and gradually get where you wanted to be to defend it without really creating any kind of situation or scenario for other people.”

The spoilers are ugly and make the Daytona 500 less enjoyable

The big runs that make it hard for leaders to protect their spot in front are so bad, that Earnhardt said he wouldn’t want to race on the biggest tracks nowadays.

“Nothing about what I saw in that race makes me want to go out there and do that, and I love racing at Daytona and Talladega,” Earnhardt said.

Earnhardt added that he doesn’t even like how the big spoilers look on the cars.

“I’m not a big fan of the spoiler, the aesthetics of it,” Earnhardt said. “It’s just not fun to look at, and I can’t imagine being in a car and having to stare at that thing the entire race. It would just make me grind my teeth out of my head.”

The spoilers are so big – eight inches tall – NASCAR had to make them partially transparent, or else they would block the rear view of the drivers. 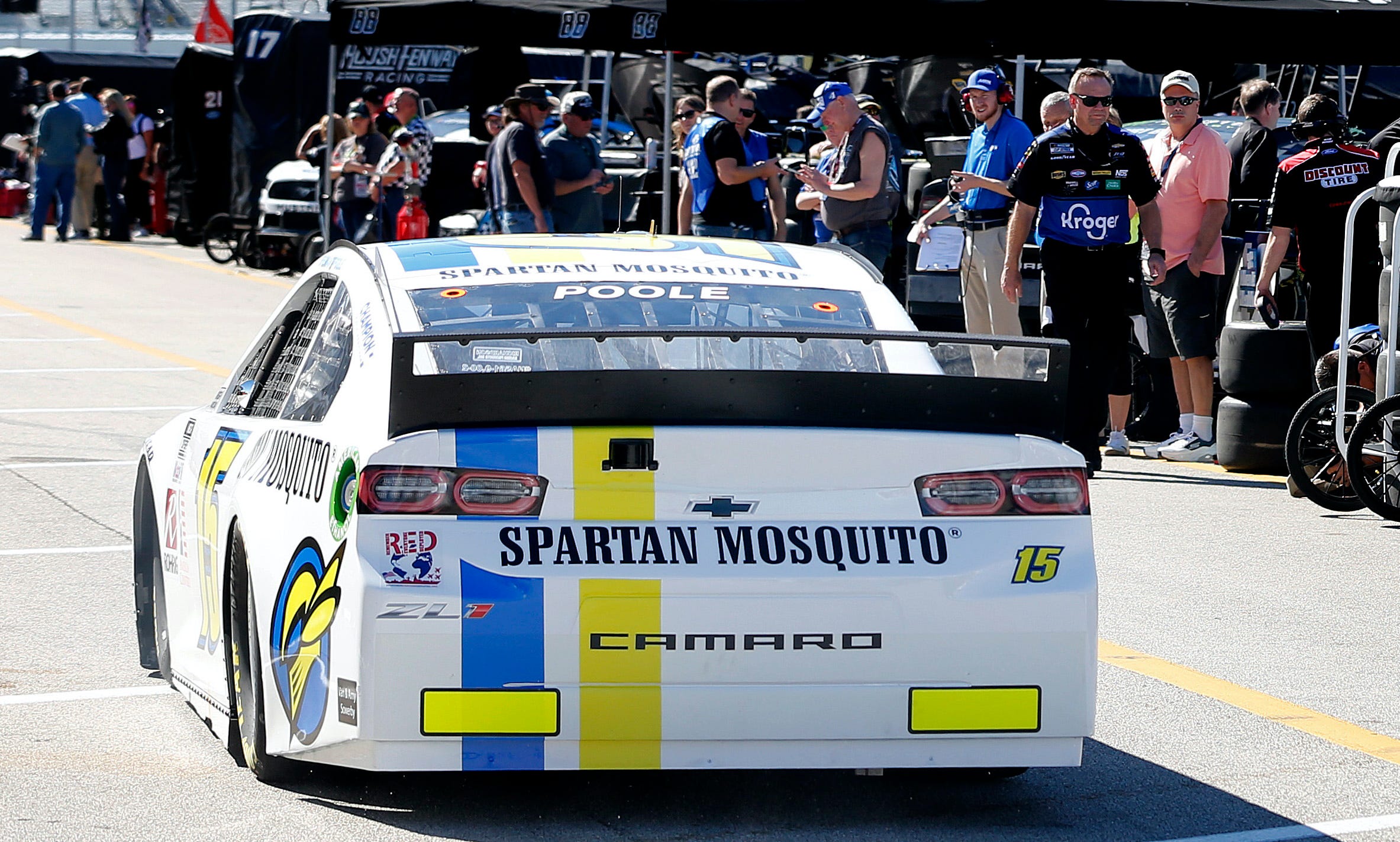 Luckily for those who don’t like the spoilers, NASCAR has removed them this season for road courses and short tracks where drafting is not a factor.

You can hear Earnhardt’s thoughts here, starting around the 13:40 mark.