A record number of hospitality workers are simply quitting their jobs with no intention of ever going back, declaring a certain kind of independence. And those still on the job just gained independence from daily housekeeping as Hilton announced this week that the service will only be performed upon request, Travel Weekly reported.

As hotel stays plummeted in 2020 at the height of the pandemic, daily housekeeping was one of the first services to be cut, but even as travel revived, it’s not coming back. It’s part of a wider trend within hospitality, the same publication previously reported, fueling the rise of third-party operators like New York-based Butler Hospitality, a “ghost kitchen” for room service. It’s one of the starkest examples of how the economy of 2021 will be different from the one of 2019.

The issue comes down to staffing. In March and April, as a record number of workers were quitting their jobs, the quit rate for hospitality workers actually increased, along with job openings. That means hospitality firms were trying their hardest to hire just as more of their workers were deciding to leave.

As Bloomberg Opinion columnist Conor Sen wrote on Twitter: This is a job that just “won’t exist in the future because it’s uneconomical.” In other words, you’re going to have to make your own hotel bed.

Here’s what today’s economy is finding it just doesn’t need.

Daily housekeeping service and breakfasts at hotels
Before Hilton’s announcement that housekeeping was a thing of the past, Baird analyst Michael Bellisario told The Washington Post that many hotels were considering permanent cuts to a range of services, including cleaning but also free breakfasts.

The new American consumer doesn’t mind too much, as reflected by an August 2020 survey by the American Hotel and Lodging Association. Almost two-thirds of travelers said daily housekeeping should be done without.

After the pandemic, contactless is what travelers want. Insider’s Michelle Gross reported in July 2020 that technology and safety will be paramount to the future hotel experience. Vanessa Ogle, CEO of hotel technology company Enseo, said, “Technology will be the bridge that enables and manages safety and cleanliness procedures and communicates those procedures to guests as well as associates.”

Menus at restaurants
The QR code could be the ATM machine of our day. Before ATMs, people would wait in line to get money out from a bank with the help of a bank teller. Today, many restaurants don’t use a physical menu, but instead instruct guests to access it via phone from a laminated QR code on the tabletop.

Similar to the ATM, the QR code has been around for decades. As Insider’s Kristen Hawley reports, it dates back to the 1990s, and widespread adoption of it has waxed and waned. Insider’s Ben Winck reported that the pandemic accelerated automation’s adoption in restaurants, with QR codes leading the way at Cracker Barrel, Dave & Buster’s, and Olive Garden parent company Darden.

More automation means less cashiers, too, so be prepared to wait longer to pay for the food that you ordered on your phone. With the persistent rising trend of ordering to-go, there’s a chance you’ll have to wait for the restaurant staff to sort through their flood of online orders first, too. You could also end up eating more. Insider’s Grace Dean reported diners could feel less judged, and end up ordering a lot more food.

Dressing rooms at retail stores
During the year of lockdown, ecommerce took off and looks to be holding its gains. A report this week from a Deutsche Bank team led by Senior US Economist Brett Ryan found the online shopping trend that accelerated in 2020 “appears to be holding onto the pandemic gains,” meaning that shopping for clothes online could well be a sticky habit.

At the same time, Ryan’s team found consumer spending well above pre-pandemic levels for three straight months. That means a lot fewer brick-and-mortar stores where you can walk in and physically try on clothing. At the start of 2021, Coresight Research predicted 14% more store closures this year than last, meaning up to 10,000 stores will disappear.

Instead of more visits to more stores, think a lot of cardboard boxes piling up at your door instead. And probably a lot of returns of clothes that don’t quite fit.

[Editor’s note: This article has been updated to correct a reference to Butler Hospitality as a “ghost kitchen” third-party operator, not a room-cleaning service.] 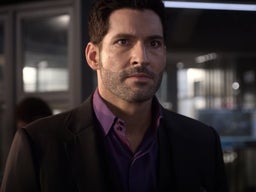 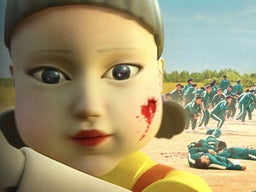 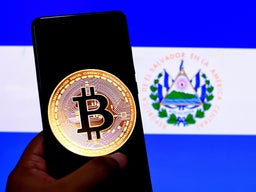